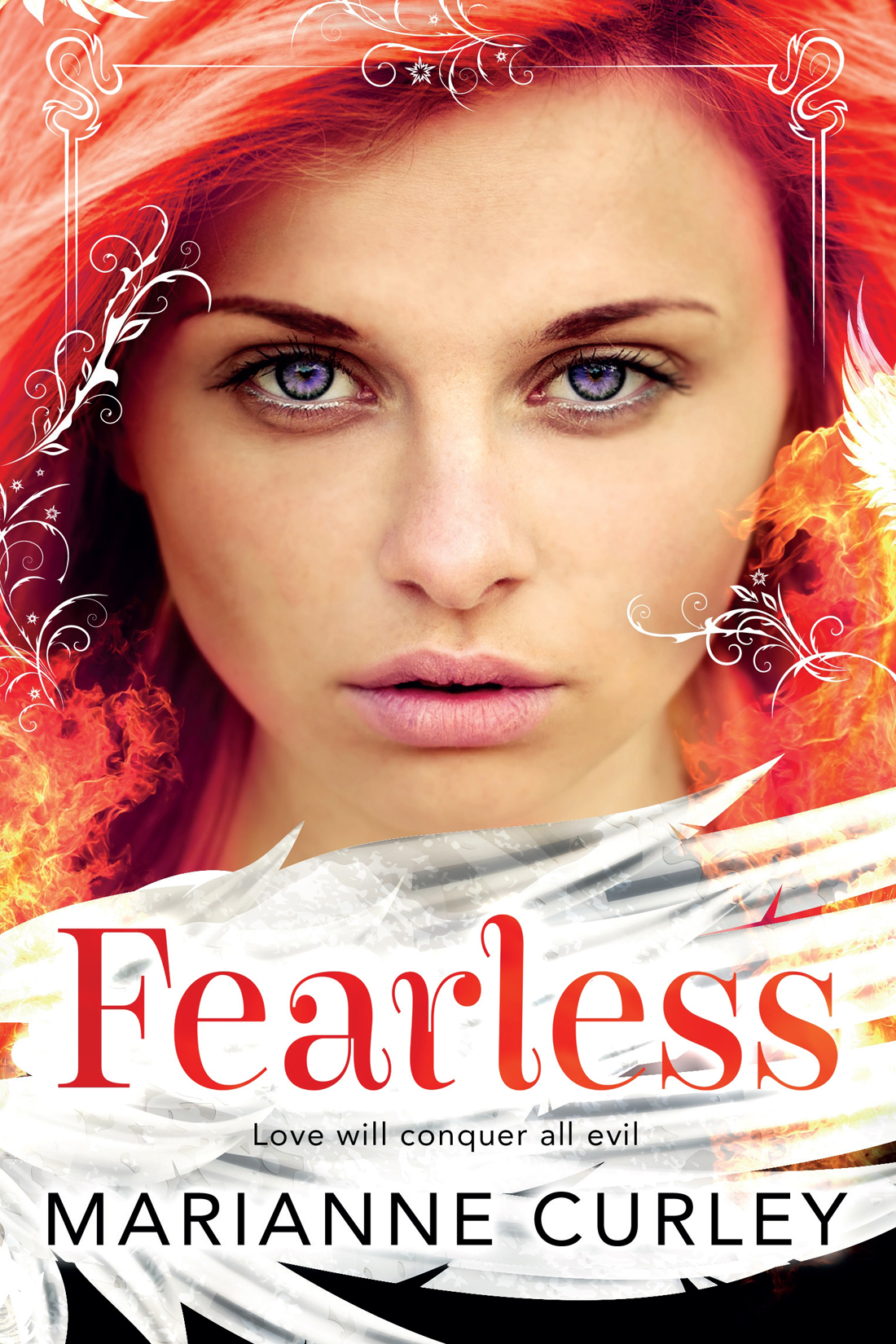 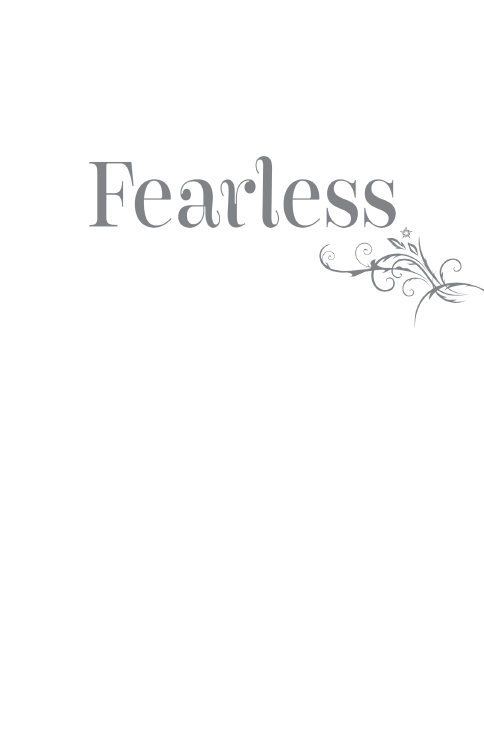 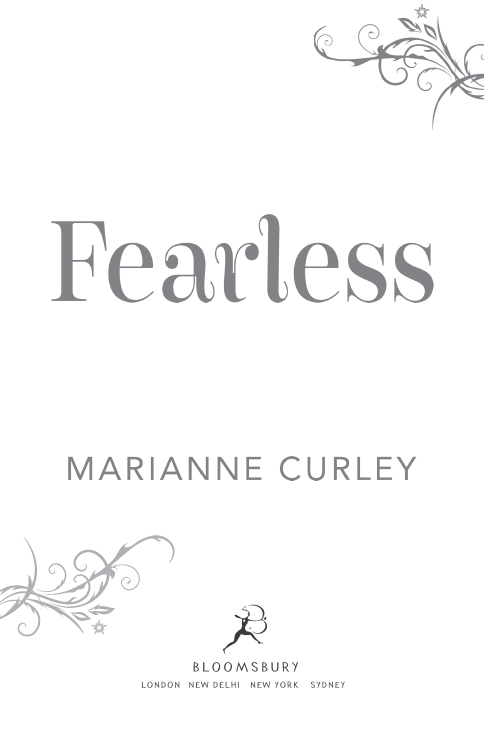 For thirty-five years of knowing when to crack a joke and when to say nothing.

Where would I be without you bringing the sun into my mornings and closing the cold out at night?

To the next thirty-five years, my love,

wherever they may take us.

He steals her straight from my wings. He takes my love from me right before my eyes.

We've already been through so much. But we had not counted on the Dark Prince, his hunger for power, his need to destroy and his desire for Ebony.

With my brothers Gabriel and Jerome scrambling over bodies on my right, Michael clearing his own path to my left and Isaac, Sol and Uri close behind, we storm after the enemy, prepared to follow the Dark Throne soldiers into the darkest depths of Skade, if that's where they take her.

I must get Ebony back.

I underestimated Prince Luca. And this mistake â
my
mistake â will have catastrophic effects if we don't stop him. Luca's plans to create Soul Readers by blending Ebony's
bloodline with his could threaten the survival and freedom of all humankind.

At the tunnel's edge I see her twisting her upper body to peer over the shoulder of the enemy carrying her off. She sees me. Our eyes connect. Hope reaches across the space between us like a rainbow after a storm. I nod, letting her know I'm coming, that I'm right behind her. Rich violet colour drenches her eyes and she gives me a ghost of a smile.

Then the gates of Skade slam down between us.

The shudder of all twelve gates smashing into the bridge propels everyone backwards into a high arc. Shockwaves pummel us, keeping us airborne, shoving us further back into the tunnel. We struggle to find our balance, our wings tangling with each other's. As we start to drop, hundreds of angels, light and dark, collide. It's a nightmare. My sister-in-law Sami sideswipes me when forces drive her horizontally across the bridge. I try to catch her but she's moving too fast. I look for her husband, Jerome. Soaring in, he hits Michael, their wings becoming so tangled they fall to the ground in a heap. A Dark Throne comes from nowhere.
His sn
apped wing-joint lodges like an arrow into my throat.
I y
ank it out. Blood spurts over both of us.

As I lie on the bridge with my hand clasped around my throat, all I can think about is Ebony. And that I've lost her.

Still clasping my throat, I stagger to my feet and climb over bodies to get near the gates. A dragging noise makes me look down. My right wing is broken in three places and
trailing. When I lower my hand to gather it off the ground, I'm relieved to find only a trickle of blood seeps from my neck wound. At least I'm healing fast.

Rage, unparalleled by anything I've felt before, fills me with such force my powers threaten to burst through my veins and cause more injuries to friend and enemy alike. It builds, expands and stretches my muscles and skin.

And as they do as I instruct, I draw my power up, thrust my hands at the portion of gate directly in front of me and blast my energies into it.

Even before the smoke and gasses clear away, I can tell that nothing happened. The gate stands firm. I draw my power up again, holding it and building it until the pressure against my skin is unbearable. âStand back!'

I inhale deeply and I expel my power with all the force I can draw in one blast.

This time the bridge rumbles, but when the tremors settle and dust clears, the shimmering white gates still remain standing, intact.

âIt's true then.' Michael shakes his head while staring at the gates. âThe High King made them impregnable purposely so nothing â not even
he
â could open them. It was his way to protect us from each other after the rebellion.'

âThere has to be a way to rupture one.'

Jerome puts a hand on my shoulder. âIt could be dangerous to open what you might not be able to close again.'

âThere is always a way to achieve the unthinkable.'

And though she will probably not hear me, I forge a mind-link:
Ebony! Ebony, I swear, with the stars as my witness, IÂ will come for you as soon as I can. I will bring you home.

Michael glances down the bridge to where the blue light reveals the entrance to the Crossing, the dimension that separates the worlds, with portals to Earth,
Avena and Skade. The entire length is a battlefield where both sides appear to have annihilated each other. âYou are right, cousin. There is always a way, and we will find it.'

More reinforcements for our side arrive. âUri, they wear your colours.'

âYes, they're from my division.' His tone is disheartening as he comes over and explains. âBefore we left I put a brigade of five thousand on alert. I had hoped they would arrive before we lost â¦'

My heart skips a beat when he almost says â¦
Ebony.

Finding a way through the gates and killing any angel that tries to prevent me reaching Ebony feels more imp
ortant
than spending even a second making my friend feel better, but I'm grateful for Uri's support and he needs to know this. âThank you, Uri. I certainly could use them.'

He lifts his head, his light yellow eyes suddenly alight. He places his right arm diagonally across his chest. âMy prince, I give you command of my battalion of one hundred thousand soldiers.'

âThat's very generous of you, Uri, but I've never led an army.'

âI would be honoured to be your lieutenant.'

I put my hand on his left shoulder and rush to get my thoughts together. âI accept, Uri. Thank you.'

âWait.' Gabriel steps over ailing bodies to reach us. âYou can have my troops too.'

My eyebrows lift. â
Yours
, brother?'

âFor only as long as you need them to retrieve my future sister-in-law. And I must be your
first
lieutenant.' He passes Uri a friendly smirk. âYou understand, don't you, Uri?' He swings his head back without waiting for Uri's response. âDeal, brother?'

I look at Uri and wait.

Clearly Uri has something to say but refrains. âAs you wish, my prince.'

I nod, letting him know my appreciation. âThen let us put these troops to good use. Gabe, Uri, secure the exit. No dark angel gets away today. Send teams after the cowards fleeing through the Crossing. Bring them all to me.'

Michael's hand comes down on my shoulder and I drop my guard for a moment. âHow did this happen, Michael?'

âI've known Luca from the beginning. We played, trained and fought battles side by side, but I didn't see this coming either, so don't be too hard on yourself. Luca has changed so much this last century his actions are harder to predict.'

âShe warned me, you know.'

âIt happened too fast,' Isaac says, coming over with Jerome and Sol and leading a dozen captured enemy angels. âYou can never fathom how the mind of such deep evil works.'

âThat is something I'm going to have to learn, and fast.'

Gabe and Uri return with a large contingent of pri
soner
s; most are healed enough to walk, but some with more severe
injuries need assistance.

As I glance over the rows, a female soldier's neck wound catches my eye. She's losing blood faster than her self-he
alin
g can replace it. She's not complaining even though her injury must be causing acute pain. I point h
er out to U
ri. âBring me that one.'

When he reaches the soldier, he lifts her into his arms and hurries back, laying her on the ground before me. I get down beside her and see that this dark angel is underage. That explains her slow self-healing. That, and the fact that she has a severed carotid artery. I gently replace the han
d s
he holds against her wound, trying to keep the pressure on it. Maintaining eye contact so not to frighten the child,
I b
egin healing her. âWhat is your name, soldier?'

âDajanie,' she murmurs, her eyes wide and fixed on mine as if I were a monster from her nightmares.

I keep talking to distract her while I try to locate the other half of her artery, which appears to have retracted deep inside her ribcage, flooding it with her own blood and slowly suffocating her. âHow old are you, Dajanie?'

The Artificial Mirage by T. Warwick
The League of Sharks by David Logan
CRUISE TO ROMANCE by Poznanski, Toby
Accidental Ironman by Brunt, Martyn
Freezing People is (Not) Easy by Bob Nelson, Kenneth Bly, Sally Magaña, PhD
Murder on a Girls' Night Out by Anne George
Sherlock Holmes in 2012: LORD OF DARKNESS RISING by Mohammad Bahareth
Silent Night by Rowena Sudbury
Selene of Alexandria by Justice, Faith L.
Catch a Mate by Gena Showalter