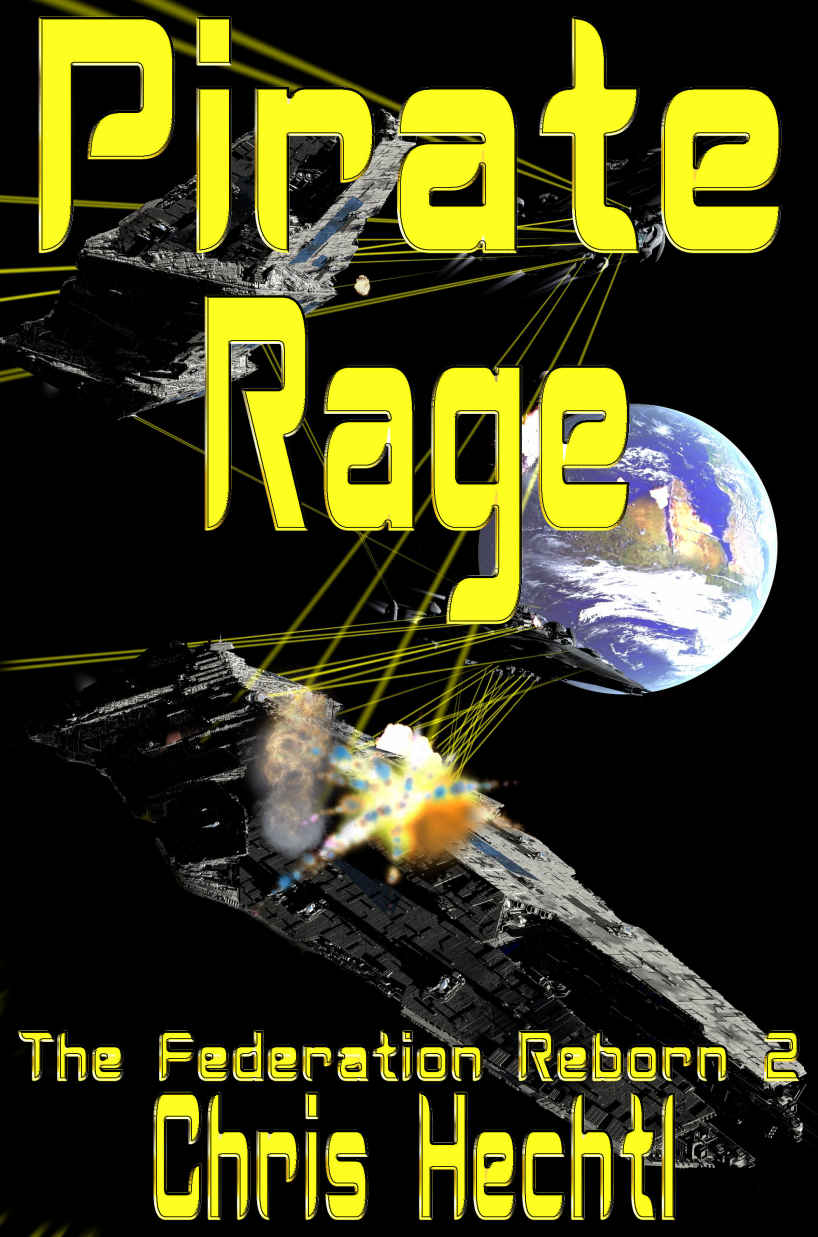 Smashwords Edtion
All rights reserved, including the right to reproduce this book and or portions thereof in any form.

This is a work of fiction. All characters, events, and locations are fictional. Some may be parodies. Some characters are with permission. Any resemblance of some characters and places to others are strictly in the mind of the reader. Grin.

Cover art by Chris Hechtl, 2015. All rights reserved. The models are owned by their respective creators and used under the usage license. Some models were made by Chris Hechtl; others were purchased on Daz3d.com or Renderosity.com.

I wrote this manuscript before the events that transpired in the month of November on Friday the 13th, 2015. I … I … words sometimes fail to describe the inhumanity man will do to man. What I write is fiction … it is an anesthetic when I describe something terrible happening because deep down, we know it is fiction. We know that the good guys will eventually win, though they'll have a journey to get there. But when reality hits you in the face, wow.

All I can say is,
Vive la France! Nous allons supporter'
in this trying time.

Then San Bernardino happened December 2nd, 2015, just a few miles away from me. It struck rather close to home for Thomas who was one street over at a dentist appointment at the time of the shooting and also very close to home for my pool guy Jeff whose brother works in one of the buildings nearby that was evacuated.

ISIS thought that terror would help them win. They are
wrong
. We as a civilization will prove it and will continue to prove it every day we walk out into the light. Aware of the threat and afraid, yes, but
never
giving in to the fear or their threats.

My dedication goes to those who lost their lives … to the victims as well as those who will continue to lose their lives keeping the monsters and barbarians at bay.

Emperor Pyotr Ramichov, self-acclaimed “Peter the Great,” emperor of Man, soon to be the recognized emperor of the Milky Way, fought to keep an expressionless face as the news was confirmed. Such news was not what he wished to hear, not what he'd anticipated on hearing. Quite the opposite in fact.

A fast courier had brought word of news from the
Moldy Crow
. The news was incredible, hard to believe and yet right there, defiantly staring at him in the face. He'd known about the so-called admiral and his cronies in Pyrax for two years. It was why he'd accelerated the task force deployments and moved the great plan, the one his family and the other ruling families had worked tirelessly on for generations, into motion.

The inventor Leonardo Vinatelli had sparked the start of their most recent elevation. He'd shown them that they could do more to reinvent the lost engineering rather than try to make do with salvaged parts. But it was the discovery of
El Dorado
that had built on those achievements to enable him to activate the final plan. And now this.

“If this can be believed …,” Lord Ascot said, sounding doubtful.

“It is hard to believe,” Vice Admiral Newberry, the intelligence minister said with a grimace, “that one man could be so lucky. It boggles the mind.”

“Why would they lie and make this up? It will be independently verified eventually,” Duke Cruise, minister of War demanded.

“It's real. It is what it is. It is what we've been warning against for some time,” Melwin Cartwright, baron of Dead Drop and praetor of the navy said heavily. “It is why we have been pushing
El Dorado
so hard.”

The emperor shot him a narrow gaze to remind him to not speak of such matters, even in the cabinet. The Baron grunted and lowered his eyes in silent apology.

They court had gotten word of the debacle in Pyrax shortly after the emperor's coronation. It had been kept quiet as orders were dispatched to get more information. A force had been sent to deal with them, but as more information began to arrive, the admiralty had realized they hadn't sent in enough forces to do the job so they'd sent orders to halt the attack until more could be drawn from the fleet and sent to them.

That had apparently been a mistake, through whatever one could proscribe to the events, Murphy's curse was the leading theory, that fleet and others had been reportedly destroyed or worse, captured. It pissed the emperor off at having such a thorn in his backyard. For centuries Rho sector had been their private playground, heavily picked over by generations of pirates. Now … now they had a snake in their bosom.

And while he had been so enamored and distracted by court intrigue and the good fortune of
El Dorado
, this mess had grown well out of control.

It seemed though that he wasn't the only one who was pissed at the various officers who'd fallen prey to this admiral, nor the Earl Gumel for getting hammered and kicked out of Protodon. Gumel still had a lot to answer for. Fortunately for him the courier that had brought his news ahead of him hadn't had the room for him. If he thought it would save him, he might be sadly mistaken. The emperor could seethe a long time, and the best vengeance against an inept bungling incompetent fool was one served slowly and coldly he thought.

“At least he didn't get captured, sire. He lost his ships, but he got out with a word of warning.”

“We can bless small favors I suppose,” Duchess Suri Pfeiffer of York and minister of education said sourly.

The emperor was clearly not amused. He intended to have a frank discussion with admiralty about the quality of their officers when he had more time—more time and a less public setting to do so.

Nuevo Madrid was all that stood between the Federation forces it seemed. A small, rather insignificant fleet base in the process of being built to support and resupply ships before they headed deeper into the western side of the sector. The star system was secured by one elderly
Cutlass
class destroyer and four frigates of various classes, and if the report was accurate two battle cruisers,
Massachusetts
and
Nevada
. Hopefully they had done something about Protodon.

Hopefully they had also had the sense to
stop
at Protodon as well. According to reports Captain Post was a sensible and capable strategist; he
might
have stopped. Operative word there, might, he thought, mind going back to the reports of other officers who'd turned out to be far from ideal and rather inept when facing this Irons. If the intelligence reports were accurate, Antigua and Pyrax were far more heavily defended than anyone had anticipated. And they were now churning out ships. Ships and weapons to go along with the thousands of personnel stepping up to the call to arms.

The fools! The emperor closed his eyes. This Irons was a human; couldn't he have seen the vision? Why, oh why hadn't he been picked up? According to intelligence he very nearly was in Senka years ago and several times since then. And their latest report said that he'd been captured in B-100 omega! Yet he'd somehow mutinied, taken the ship, and used it to destroy the fleet in B101a1! Impossible!

“One of the biggest mistakes the Nazis did, sir, during WW2 is not take the enemy seriously enough. They divided their time and efforts between fronts and between the cleansing. The A.I. Skynet did the same during the First A.I. War. The Xenos were smart enough to devote only a small portion of their resources to cleansing, which I suppose we can be ever thankful for. Sire, we need to … modify our standing orders.”

The admiral eyed him in distaste. “You aren't serious.” It took a tremendous amount of personal courage to stand up to a man with absolute power. Courage … or stupidity. He was something of a student of ancient Terran history; he'd read about various leaders over the past two millennia. But those who had wrought great change prior to star flight had garnered his most attention. Stalin and Hitler were two. In this case Mao Zedong came to mind and his number two, Liu Shaoqi. Zedong had been in the process of recreating his country, one step was his “Great Leap Forward.” He'd been correct in his attempt to turn his massive country into a superpower. However, others within his own party hadn't shared his enthusiasm and had been squeamish about the losses during the process. Zedong had bided his time, and when he had judged the timing right, he'd dealt with them.

The emperor wondered briefly if he would need to do the same.

“I am afraid I am serious, sire. Every person we lose to the cleansing, either as a guard, support, or going door-to-door in the searches, means they aren't on the front where we need them the most. Something can be done to tidy up such loose ends later. But we need to focus everything we have on the enemy. We need to grind them into pulp, sire. Secure the orbitals, destroy or capture their industrial plant,
then
deal with them at your leisure.” He bowed his head to him in supplication.

The emperor drummed his fingers on the arm rest, a sign of his displeasure as he took note of the expression and body language of his other advisers and ministers. Some seemed unhappy at the idea being addressed publicly; others wore an expressionless mask. But the mood in the room was divided. He was quietly dismayed by it. He'd thought they would have the ability to see his vision, to see that his momentum couldn't be denied.

“He's right, sire,” Vice Admiral Sabina Newberry newly elevated Countess of Garth and minister of intelligence spoke up, surprising the emperor. The emperor turned on the admiral with a glower. She took in his intense and foreboding gaze calmly, which either said she was a fool or had a spine. He grudgingly had to admire her ability to stare into the face of death so easily. “The cleansing has always been distasteful—a waste of resources. I also know it was a way to gain control, to get people to back the policies through fear and ignorance. But we,
you
have power now, sire. We can change that. We can temper such … enthusiasms to consolidate power and deal with the threat before it gets out of control. Every death is a statistic they can use against us.”

The emperor stared at her with a basilisk gaze. She didn't flinch or look away. He needed her, needed her badly. She always told him the truth, no matter how unpalatable it was. He'd learned long ago to treasure such forthrightness. He wouldn't tolerate someone who covered their ass or inflated statistics to garner praise. He needed truth in order to rule effectively.

But what they were saying went against everything he had worked for. He couldn't lash out he reminded himself. He had to temper his baser impulses. That was one thing he had noted, one major mistake Stalin and others had made—that and ignoring the advice of their counsel. Finally, he grunted. “I will consider it.”

More than one person in the room exhaled the breath they had been holding.