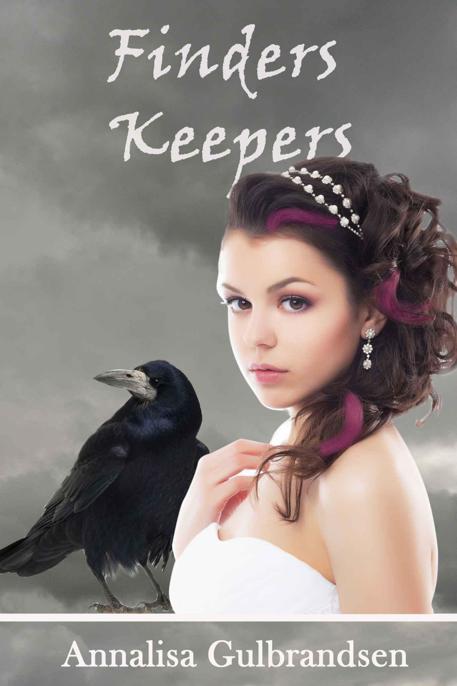 No part of this book may be reproduced or utilized in any form or by any means, electronic or mechanical, including photocopying, recording, or by any information storage and retrieval system, without permission in writing from the publisher.

For the love of my life, Erik

Her mother was insane.

Completely, totally, and should be institutionalized no questions asked.

That was the only explanation for coercing Ellie into trying on this dress.

That or her mother truly believed Ellie was
Glinda
the Good Witch of the North.

Everyone goes to prom.

And you’re sadly mistaken if you think pink hair is normal,” her mother said through the door.

Oops, Ellie had spoken that out loud.

She yanked on the zipper again but didn’t have the leverage to get it the rest of the way up.

Oh how she couldn’t wait to get out of this store.

The musty smell of used, unwashed clothing turned her stomach.

Not that she didn’t appreciate vintage; she did.

But this particular store would have been more appropriately named Grandma’s Underwear Drawer.

Ellie held the back of the white satin together with her left hand and opened the peeling dressing room door with the other.

She was greeted with a gasp and jaw drop so large from her mother that she was sure she could fit a Big Mac into it.

There was a reason her dad gave her mother a keychain that flashed Drama Queen in pink lights for Christmas last year.

Her mother jumped from where she sat and skipped over.

Her bushy brown hair bounced wildly in time with her little hops.

It’s got so much potential it’s making me giddy.”

“This is a wedding dress, mother.

She slumped her shoulders and gave her mom her best teenage angst
I am bored out of my skull
expression.

This was an argument within an argument and she didn’t want to start into it again, as evidenced by humoring her mother and trying on the monstrosity in the first place.

And then I want dinner.”

The enormous train tripped her as she tried to squeeze back through the stall door.

She felt a sharp tug on the back of her dress.

Ellie growled in her throat and stomped back into the little room.

We have to get it.

Hand me the tag and I’ll have the cashier ring it up while you change.”

Ellie groaned but unfastened the safety pin that held the price tag and tossed it over the door.

Since it was only midway through fall term, there were still seven more months for the dress to have some sort of unfortunate accident before prom.

Ellie’s pocket buzzed in time with a techno beat.

Taylor hated techno which made it all the more funny that it was Ellie’s ringtone for her.

If only she knew.

Ellie’s phone was in the pocket of her jeans and she had her jeans on under the dress.

Digging through the layers and layers of tulle, she scrounged around until she found her pocket.

The phone buzzed her hip again, but the dance beat was done.

Jumping as she tugged, she yanked on her phone until it popped out of her pocket.

The price of skinny jeans.

Ellie ignored the mutinous flip of her stomach.

Her fingers flew over the screen.

Is he with you now?

I’ll call from my mom’s phone.

She shoved the phone back into her pocket.

She twisted around to see her backside in the cracked mirror.

The dress must have been very expensive at one time, because the zipper was now nowhere to be seen.

One of those tricky invisible ones.

It was as if the dress sensed Ellie’s loathing of it and had retaliated.

The door hinge squeaked like an injured animal as she pushed out a second time.

Her dress swished around her, but other than that there were no sounds.

The store was a tiny little thrift shop on the town’s five block main street.

It was really only slightly bigger than its one front window.

Ellie glanced about, even hopping up on one foot to see over some of the taller displays.

Her mom was nowhere in sight.

In fact, neither was the cashier.

The shop was completely empty.

“Hello?” she called out.

Her stomach did an uneasy somersault.

A small door behind the store counter leading to a back room was cracked open.

The tightness in her chest eased a little, and she began to breathe normally again.

She was sure her mother had the store clerk cornered back there, haggling for a better price.

Ellie moved toward the cash register.

When she reached the counter, she gathered the voluminous fabric as a precaution against tearing and then leaned way over the glass to peek into the room.

It contained a small table, metal folding chair, and the oldest computer Ellie had ever seen.

An open pack of skittles sat next to the keyboard.

Other than that, it was empty.

The lights in the store flickered off and then on again, then extinguished completely.

The hum of the computer’s fan died.

Even the lamps out on the street went dark.

Thanks to daylight savings, the sky was already navy and opaque even though it couldn’t be more than 5 p.m.

The blackness of the sky was now indistinguishable from the darkness that enveloped her.

The fight with the dress and her jean pocket recommenced again.

The phone seemed to be wedged against her hip even tighter than before.

Several times her fingers grasped the end of the phone just to slip before she could get it out.

She wiped her hand down the thigh of her jeans and took a deep breath.

Fabric rustled behind her followed by a smattering of muffled footsteps.

Footsteps she knew did not belong to her mother.

Ellie’s heart stopped, then jerked back into gear like a tricky clutch.

She shoved her hand as far down into her pocket as she could and then wrestled with her phone as if it were a live catfish.

A drop of perspiration slid down her neck and between her shoulder blades.

With the skills of a professional gamer she scrolled through her apps until she found the flashlight.

Her father was a proud Eagle Scout.

He’d taught her to be prepared.

Somehow she figured he’d probably be more impressed if she had a real flashlight.

The phone gave off a low light, just enough to see a few steps in front of her.

Ellie gathered up the skirt and headed toward the store entrance.

She had to get out before she stumbled across whatever caused those footsteps.

Ellie located the door and pushed against it.

She pushed, but the door stayed closed.

She rattled the door knob and shoved harder.

Taking a step back, she slammed her shoulder into the wood but the door stuck fast.

The door, original to the 19
th
century building, was made of thick, solid wood.

She bit down hard on her lower lip to keep from spewing out every freaking bad word she’d ever heard.

Ellie forced herself to close her eyes and count to ten and then she pushed on the door again.

It didn’t even groan against her weight.

She raised her phone to the door and traced her fingers over the edge of the frame.

There was just one deadbolt and it was drawn.

Someone had locked her in.

Her fingers trembled as she drew the bolt back.

Holding her breath, she pushed on the door again.

Now she really did swear.

Pounding on the door she beat her fists until they seemed to scream as loudly as her own shouting.

For several minutes she cried out, but no one responded and the door remained impenetrable.

It was no use.

She turned and slumped against the carved panels of the door.

And that’s when she heard it—a slow scrape dragging itself across the floor.

She tightened her grip on her phone.

And yet, instinctively, she dropped in front of the door, pulling her limbs in, making herself as small as possible.

Only one bar lit up on her phone.

Her fingers were poised to dial her mother’s cell when the scraping stopped.

Her ears practically twitched with how hard she strained to hear something…anything.

Just as she turned her eyes back to her phone, it started again, closer than ever.

It sounded like something large crawled toward her, dragging its body slowly along behind it.

Fall of the Mortals (Book 1) by Bush, Ken
The Jesus Cow by Michael Perry
Logan's Acadian Wolves by Grosso, Kym
Homecoming (A Boys of Fall Novel) by Shannon Stacey
New Title 1 by Brown, Eric S
Growing Up Duggar by Jill Duggar
The Cowgirl's Secret (The Diamondback Ranch Series #) by Novark, Anne Marie
My American Unhappiness by Dean Bakopoulos
Fallen Into You by Ann Collins
Super Schnoz and the Invasion of the Snore Snatchers by Gary Urey