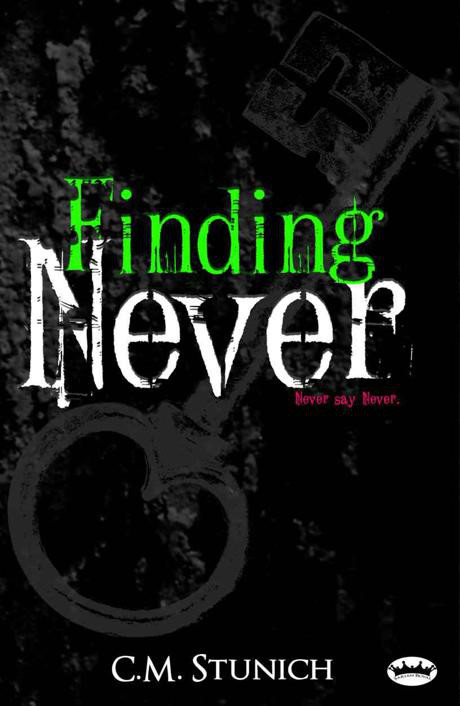 “
You
asked me what I think about Noah Scott?” Ty laughs. “Oh,
yeah,” he says around his cig. “Your boyfriend's real
fuckin' nice. What a cutie. I heart the fuck out of him. What a
catch.” I take the cigarette from my mouth and throw it at Ty.
It doesn't come even close to hitting him. He snuffs it out with
his boot. “Honestly? I want to smash his face in. Is that
what you want to hear?” I cross my arms over my chest.

“
I
don't know, Ty. Jesus Christ, I wasn't asking you for dating
advice.”

“
What
were you asking me then?” he says and then sighs. I watch as
Ty wraps this awesome self-control around himself. It's almost a
physical change, very impressive, something I could never do. “Look,
it doesn't matter. I'm mildly okay with this, alright? I mean, if
you choose me because I tie you up in the bedroom and forbid you to
see him, what good does that do me?” Ty pauses. “Though
I'm not opposed to doin
g that if
you're interested.”

“
Ty,”
I say, leveling a look on him. If he's going to freak out and run
off, fuck some bitch behind my back, I want to know now.

“
I
want you to choose me for me,” Ty says and my heart turns to
slush in my chest. “I want you to say fuck Noah Scott and mean
it. When you can do that, really do that, come tell me. It'll
happen, I know it will.”

All
rights reserved. No part
of this book may be used or reproduced in any manner whatsoever
without written permission except in the case of brief quotations
embodied in critical articles or reviews.

The
characters and events portrayed in this book are fictitious. Any
similarity to real persons, living or dead, businesses, or locales is
coincidental and is not intended by the author.

to those who thought they'd Never love again,

but found the strength to carry on.

Ty
and I are sitting on a dirty Greyhound bus with our hands tangled
together between us. Neither of us is speaking, I think, because
neither of us knows what to say. This is new territory for both of
us and it's scary as hell. There's sweat collecting between our
heated flesh, but I can't tell if it's mine or his or both because I
can hardly breathe. I still barely understand what happened between
us last night. All I know for sure is that making love and sex are
two totally different things, and I can finally tell them apart.

I
turn to Ty after too long of staring out the dirty window on my left
and try to catch his attention by shaking his hand. It's not the one
with the rings and bracelets, but I wish it was so that it would
jingle. There's something decidedly cheerful about that sound. When
he turns to face me, his dark eyes are contemplative and far away but
happy, just a little bit happy. He likes me – loves me maybe –
and it's putting this smirk on his face that tries to lift my spirit
from the floor and shake it.

“
If
you gave notice at your apartment,” I begin. “Where are
you going to live?” Ty winks at me and pulls out a cigarette,
pausing only because the old lady across the aisle from us is tapping
him on the shoulder and gesturing angrily at the
No Smoking
sign
that hangs crookedly at the front of the bus. Ty sighs and slips the
cig back in his pocket. I think there's a time coming in the far off
future where the two of us are going to have to quit. Not yet, not
now though. I don't think I'll survive this trip if I quit now.

“
Why,
at the dorms of course!” Ty says as his hand moves from mine
and finds a resting spot on my knee. It's only when he starts
sliding it up my thigh that I stop him. I stare him straight in the
eyes and try not to notice the girl in the front row who's been
eyeballing him. He hasn't looked at her, not once. I don't think he
even
sees
her. All Ty
sees now is me.

“
But
you said you'd have nowhere to go?” I ask him and watch as his
dimples fade and his smile becomes a little less happy, a little more
melancholy. He nods and rubs at his chin with his other hand. His
dark hair is still a bit damp, dripping tantalizing drops down the
back of his neck that soak into the fabric of his already soggy
T-shirt. We haven't been driving long, maybe an hour tops, and it's
so fucking damp and humid in here that I've spent the whole ride with
my window cracked, despite the rude stares from in front and the
grumbles behind me.

“
If
you'd have turned me down, do you really think I would've stuck
around? Gone to the same college? Fuck that, Never.” I
swallow hard and try to think up something to say. I don't know how
to handle a situation like this. Love 'em and leave 'em, that was my
previous policy. Now, here I am on a two thousand fucking mile drive
with Ty McCabe who I don't know, not really. I feel him though,
inside and out and everywhere and nowhere all at once. I am Ty
McCabe and I'm not. He's me and he's not. It doesn't make any sense
to me, but I know it's all true. I'm in love. I think. Things are
bound to get twisted.

“
What
do you think Vanessa would say if she knew what we were doing?”
I ask, thinking of our Sexual Obsession Group leader. “If she
knew what we did … ” I reach up and touch the chip
that's still hanging from my ear. It was a proof of success and now
it's a proof of failure, too. I start to take it off and stop only
when Ty's long fingers wrap around my wrist.

“
Vanessa
would say,
Go get 'em girl,
”
he tells me and pauses. “And she'd also say,
Don't
you dare let her take that fucking earring off.
”
I stare at him and know that he isn't telling me everything. His
blue nose ring glints in the yucky fluorescent lighting as I slump
back against the cracked window and try to enjoy the cool breeze
against my neck.

“
You
talked to her, didn't you?” I ask him, and he smiles. I slap
Ty's muscular arm
hard
and am satisfied at the cracking sound my gesture makes. His dimples
are back though, so I can tell that he's in a good mood. I wish mine
was as perky as his. But it can't be. It just can't because I'm on
the road of no return. What I do here will define
everything
and I mean
everything
that
will happen in my future. From Ty to my college career to my future
job, all of it rides on this stupid trip. I know that and it's why
I'm here. It's also why my past won't stop whispering dirty things
to me, reminding me why I left and how my mother betrayed me and how
my daddy's corpse is six fucking feet under, rotting in hell or
heaven or floating through the river Styx … I don't know, and
I don't claim to. All I know is that my family chose not to believe
me, that they'd rather live with a murderer than face the truth.

I
hate my mother.

“
I
called her after you left. I had a panic attack, Never. You can't
just turn someone's world upside down and then leave.”

“
I
can do whatever the hell I want,” I tell him, but I do take his
hand in mine and squeeze it tightly. I don't want Ty getting the
wrong idea, getting off this bus and finding some other girl to bury
his pain in. I close my eyes and try to fill my belly with air. He
doesn't acknowledge my statement, just keeps talking which is fine
with me. I could use a distraction from my thoughts. They're such a
jumbled mess that I don't even know how to begin untangling them.
What am I doing
on this goddamn bus? Why I am going back there? How do I even know
they'll be happy to see me? What if I see that murderer in the
flesh? What will I do? How will I react?

“
I
told her that we made love, and she was supportive.” I roll my
eyes, but inside, I'm secretly happy that Vanessa knows. Despite my
attitude in group, I look up to her, whether she knows it or not.
“Although she did tell me that I was an asshole.”

“
You
are an asshole,” I tell him as I stare into his eyes. “You
begged and pleaded until you got what you wanted. Feel better now?”

“
No,”
he tells me as he leans across the seat and runs his hand through my
hair, pulls my face to his and kisses the hell out of me. I can't
even breathe; my lips are on fire and my heart has just exploded into
a million pieces, been sucked out of me by Ty's breathe, the feel of
his mouth against mine, the warmth of his body hovering so
tantalizingly close. When he pulls back, he runs the knuckles of his
ringed hand down my cheek. “I'm starving.”

“
For
a sandwich?” I say, but I know that isn't even remotely what
he's talking about.

“
For
you,” he tells me, unperturbed by my attitude. See, Ty gets
me. He gets that I'm fucked up and he knows that I know that he's
just as screwed up, so we work together, him and me.

“
This
isn't going to be easy,” I warn him, my breath brushing his
lips and making him shiver.

“
Fuck
easy,” Ty tells me and kisses me again. I keep my eyes open
and watch the butterfly tattoos on the back of his hand. Somehow,
even in this terrible light, they seem to sparkle with a bit of hope.

A Night of Forever by Lori Brighton
Hereward 05 - The Immortals by James Wilde
The Killing Kind by M. William Phelps
A Convenient Hatred: The History of Antisemitism by Phyllis Goldstein
Cannibals by Ray Black
Whisper by Alyson Noël
Sacrificed to the Dragon: Part Three by Jessie Donovan
Promised Land by Brian Stableford
This Is How by Burroughs, Augusten
This Christmas by Jane Green