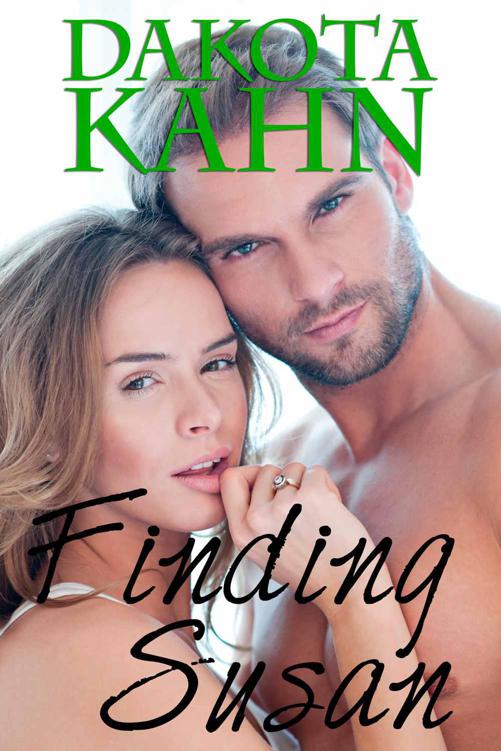 This novel is a work of fiction. Names, characters, places and incidents are products of the writer’s imagination or have been used fictitiously and are not to be construed as real. Any resemblance to persons, living or dead, actual events, locales, or organizations is entirely coincidental. All rights are reserved. No part of this book may be used or reproduced in any manner whatsoever without written permission from the author.

Kate Becker stepped out of her car and looked around at the pine-covered mountains that rimmed the valley that held this Northern California settlement. She’d finally come back to the only place she could claim as a hometown. But where had this foreboding sense of doom come from? She didn’t remember that.

Or had she brought it with her? She shuddered and looked behind her as though expecting disaster to be rampaging her way. Then she took hold of things.

Snap out of it!
she told herself firmly. No more gloom. You’re here to find Susan and that’s all.

She couldn’t blame it on the town itself. Standing just outside the Sheriff’s station, hand on the door, Kate finally realized what made this quaint country village so surreal--it looked like a movie set on a studio back lot.

The tree-lined streets of Whispering Pines were for postcards, not for living in, and everything was archaic—just the way you wished it really had been in the old days. It was a misty-colored dream scene-simply adorable.

Too bad the people couldn’t be adorable, too. She sighed. What the heck. It might be better if they just put up mannequins and let the tourists take pictures.

The scene was set for cuteness, though. The sheriff’s car was a station wagon with a blue light strapped to the top, and from outside his office you could see the town’s only traffic lights.

“Cue sheep down Main Street, led by the village idiot,” Kate said, and then she gasped, because it happened.

Old Joe Bob Mortimer (who was maybe forty-five, but was also the type who had looked like he was pushing fifty since high school) came strolling onto the main drag, fifteen California Red Sheep behind him, walking with martial discipline.

Joe Bob. Good grief. Kate turned away and pushed open the door to the Sheriff’s office. Inside, the air was cool, a different world from the heavy heat outside.

The station was very small – really nothing more than a pair of offices and a small holding cell.

Kate walked on into the back-office without so much as a knock.

“Excuse me, this is a private office and I don’t… well, say,” the sheriff stopped blustering and stared at Kate.

Her smile for him was warm with memory, but at first he didn’t smile back.

There was something in his look that spoke of anxiety.

Maybe even fear. But then he closed his eyes, opened them again and was a whole other person – the smiling, gregarious sheriff that she’d loved when she was a kid, even when he was hauling her in.

Kate Becker, what in the world are you doing here? Last I heard you were a big city lawyer making life hard for prosecutors and… Lord, here you are now, prettier than I’ve ever seen you.”

“I’m going to step right over there and give you a great big hug, Sheriff,” Kate said, and she was as good as her word.

After the hug, the Sheriff sat back down and looked at her, and then looked away like he was embarrassed.

“I’m sure sorry about your aunt, Kate.

Gladys was a hard woman to like, but… well, you and your sister Susan were sure missed at the funeral.”

“That’s what I’m here to talk to you about.

Not the funeral.” She shivered involuntarily. “Susan. You know that Gladys left everything to us,” Kate said.

She sat down on one of the ugly metal chairs that the Sheriff had in front of his desk.

Makes it a bigger shame you couldn’t have come to the funeral,” the Sheriff said, a bit of irony in his tone.

She blinked, wondering if he’d said that on purpose to wound her.

But why would he do a thing like that?

No reason she could think of.

Funny how paranoid she was getting.

“Well, anyway, Susan decided this was her chance to…”

Kate stopped. She really didn’t want to go over all this miserable background. Her sister had gone further south long ago-- to Los Angeles.

The stories she’d told Kate from there, of sham auditions and rehab centers really weren’t the Sheriff’s business.

“Chance to what?” the Sheriff asked.

To come back to life.

“To get a house of her own,” she said instead.

“She was coming here to fix up the old place.”

The Sheriff blinked and looked away.

“That house and Gladys, they started to go with each other.

If it weren’t for Joe Bob taking care of her—and of it, I don’t know whether she would have lived as long as she did.”

Kate cringed hearing that. Sure, they should have come back long ago. Aunt Gladys was the only relative they had in the world and maybe they should have taken better care of her in her old age. She had a small pang of guilt for a second.

But it didn’t last any longer than that. Gladys never liked either one of them. She took them in because she thought she had to and as Kate remembered it, there was some amount of money from their parents’ estate available for their care. Gladys took it all. And she was perfectly happy to see them leave right out of high school. No, there was no love lost between them.

“I wish I could have been here, Sheriff, I really do,” Kate said wistfully.

“But the problem now has to do with Susan.

Has she been by to see you all?”

He shook his head, moving some papers on his desktop.

This was what she’d expected.

Susan had sent her the letter three weeks ago.

Kate almost threw it out until she noticed the return address: Whispering Pines, CA.

The last three letters before that had been requests for cash, all of them demanding that Kate not ask what it was to be used for.

Her mouth tightened, thinking of it. But this was different.

Susan wasn’t trying to use her now – for the first time since they were kids together, there was something more than bitterness and desperation in her letter.

There was hope, and a promise to write soon from the house.

Kate had hoped that Susan wasn’t going to screw up again – she’d gladly give over her part of the house if it gave Susan her chance.

The front door of the station opened, and there was a quick buzzing noise.

A couple of fans on the desk in the front room were turned on, and the gentle humming sound they generated spilled into the Sheriff’s office, like a pair of giant mosquitoes.

The man who’d turned them on was bending over the desk, looking at a series of papers that were there.

The window blind cut off the top part of his body, so Kate couldn’t see his face, but the way he looked in those tailored slacks she was sure she was seeing his better half.

In fact, it had been some time since she’d noticed a man fill out a pair of pants in that hard, muscular way that tended to make a girl do a double take.

Not bad at all.

“To file a missing persons report.

Something official, so that if she did just…” The term “flake out” flashed in her mind but she managed to avoid using it

“…change her schedule, then I don’t have to stay worried.

And if, God forbid, something did happen…” Kate didn’t finish.

I’m not going to do that because I can’t.

Without something more to go on, some concrete evidence that something’s happened to your sister, well, I…” The sheriff stammered for a moment, as if he’d lost his train of thought.

Refusal to file a report.

Kate’s lawyer-brain was ringing up the charges, the reasons for civil litigation and the arguments she would use even if she didn’t have justification.

But he was right – she was just acting scared.

Maybe the whole reason for her coming to the Sheriff was because she was afraid to admit to herself that her sister just wasn’t up to being an adult.

Well, and then there was that other thing. Could be that she was scared to go back to that old house with all its ghostly memories alone.

All in all, she needed some help here.

Didn’t he see that?

“I really wish there was something you could do, Sheriff Duffy.

For her to not even leave a forwarding address…”

“You can’t call her on the cell phone?”

“No sir, you see, her phone doesn’t answer. She might have just forgotten that last bill or whatever. But I can’t get a call through lately.”

“I see. No phone service, is that it? Hmm. That does seem serious.”

“Well, look here, I could get my deputy to do a drive round town, to ask any folks if they’d seen her or her car, if you knew what she was driving.”

“Well, if they’d seen her, anyway.

In fact, you can go along with him, if you’d like.

No reason not to get the ball rolling, hey?” The Sheriff smiled, and before Kate could respond he was on his feet and sticking his head out the door.

“I got something for you,” he called to the deputy.

Without answering, the deputy started towards the door.

His head was still cut off by the blinds and Kate felt free to objectify him.

Not only did he fit into those slacks like he’d got them direct from Calvin Klein himself, the shirt framed him in a state of barely suppressed sexuality – the brown deputy’s uniform was tight in the shoulders and across the chest.

He was obviously in good shape, and…

“Blake?” she said in disbelief, and then when the face came into view she recalled everything.

The features were grown up, but it was the same old Blake Spanner.

Blake thought, seeing Kate Becker for the first time in almost a decade.

She’d extended her hand and he took it and shook, but he didn’t say a word.

Of all the people from his past he could have run into, Kate was about the furthest from his mind and the one with whom he had the least pleasant memories.

But she was smiling at him now, looking so sharp and pretty he could almost forget how much he really, really didn’t like her back when they were young.

He forced a smile back at her, which made her scrunch up her face, reminding him even more of what she’d looked like as a kid.

Those darn freckles still stuck stubbornly to that cute little nose, but the dark eyes looked larger, brighter and those thick dark lashes really added something he didn’t remember.

What did they call that?

Her body seemed to have filled out a lot as well.

In a good way.

In a way that made certain elements of his psyche take notice, even though he didn’t want them to.

The French for Christmas by Fiona Valpy
Orphan X: A Novel by Gregg Hurwitz
Expecting Someone Taller by Tom Holt
Ergan: Winter Valley Wolves #5 by Vaughn, V., Season Collection, Mating
Desperately Seeking Suzanna by Elizabeth Michels
Jo Piazza by Love Rehab
The BlackBurne Legacy (The Bloodlines Legacy Series Book 1) by Apryl Baker
creepy hollow 05 - a faerie's revenge by morgan, rachel
Out of the Blue: A Pengram Mystery by Scarlett Castrilli
When You Wish upon a Rat by Maureen McCarthy