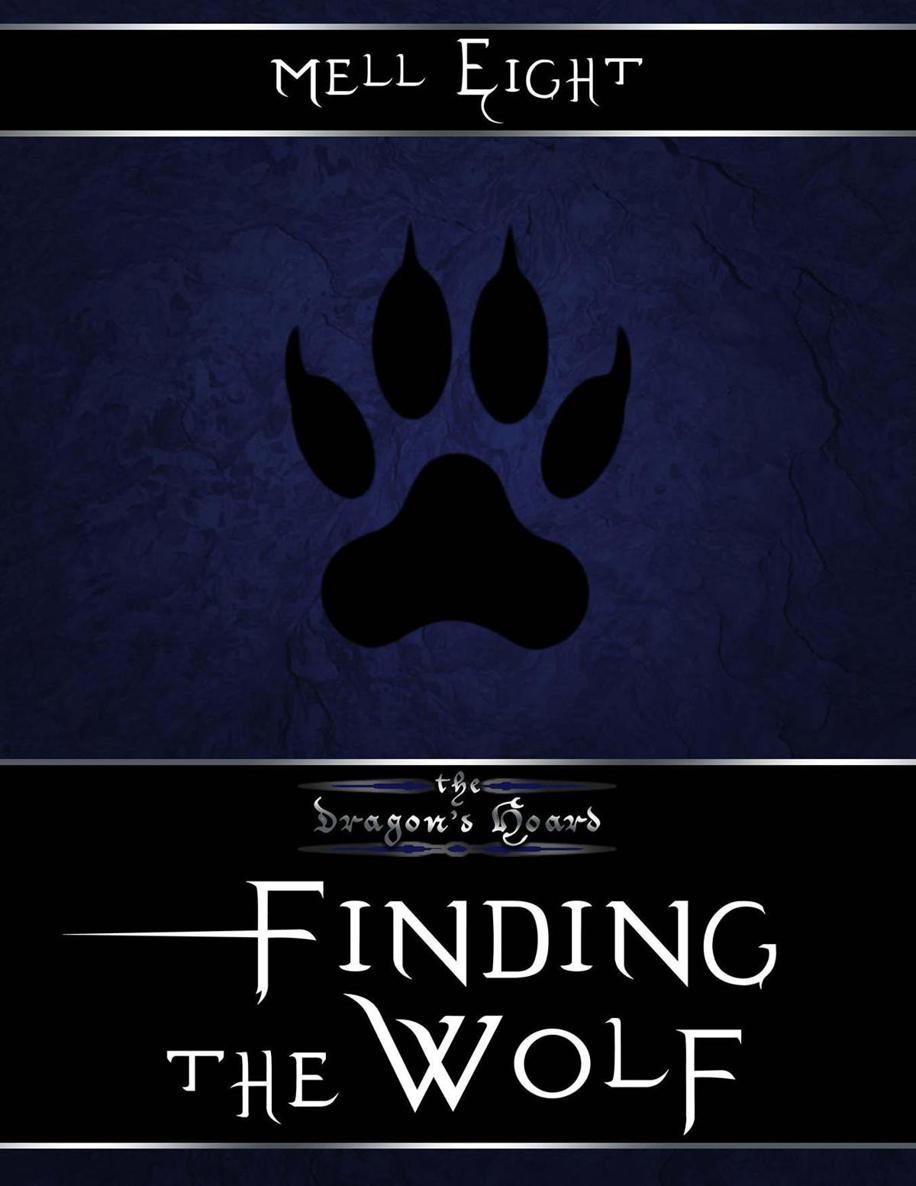 The Dragon’s Hoard Book One

When Prince Leon disappears and his people are unable to find him, they turn to the dragons for help. Nyle is the unlucky dragon tasked with finding the missing prince, a duty he dreads as it forces him into the confounding human world and away from his collection of pretties.

Locating a missing prince should be a simple matter, but if Nyle has learned anything about humans since being forced out among them it's that they needlessly complicate everything. When he finally locates the errant prince, however, what Nyle finds is a treasure worth all the complications—worth protecting at all costs.

Finding the Wolf, The Dragon's Hoard Book One

All rights reserved.  No part of this book may be used or reproduced in any manner without written permission of the publisher, except for the purpose of reviews. 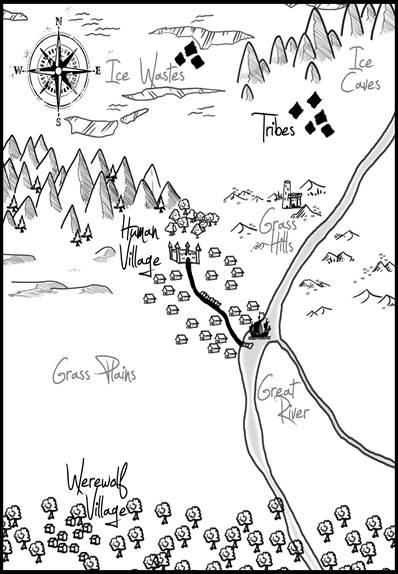 Nyle walked through the crowded bazaar with an eye on his coin purse. He had heard stories of humans who stole such things and did not wish to be the first of his kind to ever experience such ill luck.

He also kept an eye on the crowds. It was doubtful he would find his quarry on his first foray into the human market, but there were clues he could find by simply being aware.

For example, the way the fishmonger in the corner stall blatantly gripped his meat cleaver as a group of ragged children exited an alleyway and dispersed into the bustle was a good thing to keep an eye out for. Nyle would keep an eye on those children—they might have something to do with the disappearances of purses—but the man at the fish stall might have some interesting information. Nyle decided to head there first.

Someone jostled Nyle on their way past him towards a dour woman selling ribbons and beads across the way. He grimaced and held back a growl. They were humans, creatures clearly not versed in the niceties of society, and while their ignorance didn't excuse them it did allow Nyle to rationalize not taking the idiots who rudely bumped him to task. He had a job, and giving in to the urge to roar and breathe flames was not conducive towards completing his task.

Nyle was dressed like a human. A loose pair of pants and a shirt that laced up the front comprised his costume, and if the fabric was of a tighter weaving than the rest of the local class of humans, at least he looked the part.

"I'm looking for a young man," Nyle said softly when he reached the wooden stall covered in fish. The man had known which children to keep an eye out for. Perhaps the man would also know Nyle's target.

"Yeah?" the man asked. "Well, I haven't seen any men around today." He looked straight at Nyle, a male and only one of dozens that frequented the market, as he spoke.

Nyle guessed that was what humans called digging for incentives. His own kind didn't much care for the various arts of blackmail.

Nyle reached into his carefully guarded purse and brought out two uncut copper coins, each enough to buy a small fish. He flashed the coins at the man and leaned forward.

"A tall man with very long black hair and blue eyes," Nyle said as he pressed one coin to the wood surface of the stall.

The coin vanished into a gut-stained hand. "I seen him two days ago," the man replied, eyes fixed greedily on the coin Nyle still held. "Not since then."

Nyle set the second coin down on the stall, but kept a finger on it. "Any idea where he could have gone? Or who else I could ask?"

The man tensed and kept his gaze fixed on the second coin as if he knew not to look into Nyle's gold colored eyes. Nyle slowly dragged the coin away from the man.

"The red light district," the man gasped out as if forced, his eyes stuck on the shiny coin. "You ask 'round there."

Nyle released the coin and the copper flashed in the late morning sun. The fish man's eyes remained riveted for another second before he shook himself free of the compulsion. The second coin vanished as quickly as the first and the man looked up and caught Nyle's eyes.

A mistake, but Nyle would use the fish man's ignorance to his advantage.

"That boy ain't right," the man slurred, caught in the golden shine that filled the eyes of all Nyle's kind. "Wild," he continued, spilling everything he knew to the sheen in Nyle's eyes, "as if a beast were trying to break free and fly away."

Nyle blinked and looked away as the man sagged behind his booth. Nyle wasn't feeling in top form, either. Catching someone with his eyes was more effective than using copper, but it cost him so much more magic. Nyle decided to return home for some rest before heading to the red light district. Besides, he had heard that humans preferred the nighttime for such activities.

Nyle didn't really understand humans, but he was still young and would learn all there was to know eventually.

"An'nanyle, how fare thou on thy mission?"

Nyle looked up from his repast and bowed his head respectfully to his elder. Truthfully everyone was his elder as he was the last born of his race, but the huge golden creature at his side outdated him by centuries of wisdom.

"An'tatoel. I have had much success. I return to the humans at dusk to pursue the knowledge gained during this morn's toil." Nyle bowed again to elder Toel.

"Thou farest well," Toel said with a thoughtful nod. "Thou must continue lest this issue go unsolved."

Nyle bowed again at Toel's encouragement. "Of course, elder. The problem will be solved at once. I gather my resources for this night's venture as we speak."

Toel nodded approvingly once more before continuing on his way. Nyle, grateful to have escaped a lecture or something equally as boring, turned back to his food. A quick nap after and he would be more than prepared to discover the red light district.

It wasn't long before Nyle wished he were safe among his hoard of shiny pretties, far, far away from the madhouse he was currently wading through. Women in clothing meant to accentuate their breasts hung out of windows and loitered in storefronts. Men came to ogle and grope. Nyle often saw money exchange hands as one of the scantily clad women led a man away. Down the darkened alleys of the quarter of the human world known as the red light district, promiscuity seemed to be the only goal.

Nyle passed a house of gambling that had two women in see-through dresses ushering drunken men inside to no doubt piss away their coin.

And above all that was the yelling. Nyle heard a mixture of women loudly advertising themselves, men drunkenly brawling, price haggling at top volume, and the sounds of sex. He wondered how the humans, with their vastly inferior senses, could hear each other speak over the clamor.

"You lookin' for a good time?" a woman with her breasts hanging free and her skirts askew asked as Nyle walked by her position holding up the corner outside of a rowdy bar.

Nyle shook his head, unable to find the words to send the woman away. The woman seemed to get the message anyway and moved off to easier prey.

Nyle finally found someone who wasn't drunk or nearly naked and walked over to the woman.

"How can I help you?" she asked with a laugh that said she knew exactly what Nyle needed.

"I'm looking for someone," Nyle began.

"Ah!" the woman laughed. "Everyone's got a type. Describe and I'll get you the perfect
friend
for the night."

Nyle ignored the woman's tone and continued. "I'm looking for a young man," Nyle tried to explain again. The woman cut him off.

"Well, not so many of those, but I can find someone to accommodate."

"I'm sure you can," Nyle sighed. "Long black hair, blue eyes? Have you seen someone fitting that description?"

"Not you, too," the woman said with a growl. "Why everyone asks after that boy, I will ne'er understand."

"You know him?" Nyle asked, shocked to have found his quarry so quickly.

"Everyone knows that hellion," she snorted, clearly enjoying the gossip. "Everyone wants to fuck him too, but you gotta be able to hold him down first. Kid's a feral thing, he is. Look, just wait 'round here a couple more minutes and you'll see him. You won't be able to miss him, honest."

The woman shook her head and walked away. Nyle stayed against the building, wondering if he should return home to do more research or wait for whatever the woman claimed would soon happen. Surely there was something more he could read or theorize, anything to legitimately remove him from the red light district.

The decision was made as a loud commotion that could be heard over the general din sounded a few houses down the row. A young man wearing only a pair of loose flowing pants dashed out of the house, his long black hair streaming behind him.

Two men followed, roaring for the young man to return. One of the older men was limping heavily as if something hard had just met with his genitals. Nyle moved to intercept.

Nyle's quarry was not watching where he was running. His tongue was sticking out and he was laughing heavily at the older men chasing him. Other folk moved out of the way of what was clearly a recurring scene with the ease of long practice. Nyle thanked his luck that he could get into range with ease.

The young man ran directly into Nyle, bounced off against Nyle's chest, and sprawled in the street, cursing.

Nyle looked up as the pursuers caught up to where the young man was just getting to his feet.

"We've got ye now, boy!" the man with the limp crowed.

Nyle cleared his throat and both older men looked up. They caught Nyle's eyes and the shine made their own eyes go hazy. As one, both men turned around and walked back to the building they had come from.

The young man stayed next to Nyle and watched curiously as his pursuers abandoned the chase.

"I didn't need your help," the young man snarled. "And if you think I'm grateful …" He trailed off as he got a look at Nyle.

Nyle took the time to look over the young man. His waist-length hair was deep black, almost an onyx color, and his eyes were the jeweled tones of sapphire. He looked to be around eighteen years of age: the correct age and description for the young man Nyle was seeking.

Leon smirked and stepped forward to invade Nyle's personal space. "A dragon," he purred. "I've never had a dragon before." His hands drifted to Nyle's hips in a soft caress that confused Nyle horribly. "It might be fun." He licked his lips.