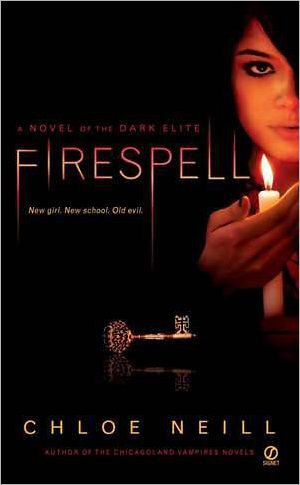 “With her wonderfully compelling reluctant vampire heroine and her careful world building, I was drawn into
Some Girls Bite
from page one, and kept reading far into the night.”

—Julie Kenner, USA Today bestselling author of The Good Ghouls’ Guide to Getting Even

“I’d so hang out with Merit the vampire.
Some Girls Bite
is smart . . . and delightful. A must-read.”

—Candace Havens, author of The Demon King and I

I flicked on my flashlight and swung the beam into the dark, the arc of light barely penetrating the blackness, even as I squinted to get a better look.

And then I saw them—Scout and Jason behind her, both in uniform and both running toward me as if they were running for their lives. I dropped the beam of the flashlight to the floor to keep from blinding them.

“Scout?” I tried to call out, but fear had frozen my throat. I tried again, and this time managed sound. “Scout!”

They were still far away—the corridor was a deep one—but they were running at sprinter speed . . . and there was something behind them.

Chasing after them was the blonde we’d seen outside on Monday—the girl with the hoodie who had watched us in the memorial garden. She was in jeans, running shoes, and a T-shirt this time, and she ran full-bore after Scout and Jason. But even as she sprinted through the corridor, her expression was somehow vacant, a strange gleam in her eyes the only real sign of life. Her hair was long and wavy, and it flew out behind her as she ran, arms pumping, toward us.

Suddenly she pulled back her hand, then shot it forward as if to throw something at the two of them. The air and ground rumbled, and this time the rumble was strong enough to knock me off my feet. I hit the ground on my knees, palms out in front of me.

By the time I glanced up again, Scout and Jason had reached me. I saw the look of horror on Scout’s face. “Get up, Lily!” she implored
. “Run!”

A special thanks to the Putzy and Murphy families for their hospitality (and patience) during the editing process, and to the always entertaining folks at my online forum (go Team Eel!) for their enthusiasm, humor, and support.

This one is dedicated to Nate.

For more information on Chloe or the Novels of the Dark Elite, visit:
http://chloeneill.com
.

“Chicago—a city where they are always rubbing a lamp, and fetching up the genii, and contriving and achieving new impossibilities.”

They were gathered around a conference table in a high-rise, eight men and women, no one under the age of sixty-five, all of them wealthy beyond measure. And they were here, in the middle of Manhattan, to decide my fate.

I was not quite sixteen and only one month out of my sophomore year of high school. My parents, philosophy professors, had been offered a two-year-long academic sabbatical at a university in Munich, Germany. That’s right—two years out of the country, which only really mattered because they decided I’d be better off staying in the United States.

They’d passed along that little nugget one Saturday in June. I’d been preparing to head to my best friend Ashley’s house when my parents came into my room and sat down on my bed.

I don’t think I’m ruining the surprise by pointing out that nothing good happens when someone starts a speech like that.

My first thought was that something horrible had happened to Ashley. Turned out she was fine; the trauma hit a little closer to home. My parents told me they’d been accepted into the sabbatical program, and that the chance to work in Germany for two years was an amazing opportunity for them.

Then they got quiet and exchanged one of those long, meaningful looks that really didn’t bode well for me. They said they didn’t want to drag me to Germany with them, that they’d be busy while they were there, and that they wanted me to stay in an American school to have the best chance of going to a great college here. So they’d decided that while they were away, I’d be staying in the States.

I was equal parts bummed and thrilled. Bummed, of course, because they’d be an ocean away while I passed all the big milestones—SAT prep, college visits, prom, completing my vinyl collection of every Smashing Pumpkins track ever released.

Thrilled, because I figured I’d get to stay with Ashley and her parents.

Unfortunately, I was only right about the first part.

My parents had decided it would be best for me to finish high school in Chicago, in a boarding school stuck in the middle of high-rise buildings and concrete—not in Sagamore, my hometown in Upstate New York; not in our tree-lined neighborhood, with my friends and the people and places I knew.

I protested with every argument I could think of.

Flash forward two weeks and 240 miles to the conference table where I sat in a button-up cardigan and pencil skirt I’d never have worn under normal circumstances, the members of the Board of Trustees of St. Sophia’s School for Girls staring back at me. They interviewed every girl who wanted to walk their hallowed halls—after all, heaven forbid they let in a girl who didn’t meet their standards. But that they traveled to New York to see me seemed a little out of the ordinary.

“I hope you’re aware,” said one of them, a silver-haired man with tiny round glasses, “that St. Sophia’s is a famed academic institution. The school itself has a long and storied history in Chicago, and the Ivy Leagues recruit from its halls.”

A woman with a pile of hair atop her head looked at me and said slowly, as if talking to a child, “You’ll have any secondary institution in this country or beyond at your feet, Lily, if you’re accepted at St. Sophia’s. If you become a St. Sophia’s girl.”

Okay, but what if I didn’t want to be a St. Sophia’s girl? What if I wanted to stay home in Sagamore with my friends, not a thousand miles away in some freezing Midwestern city, surrounded by private-school girls who dressed the same, talked the same, bragged about their money?

I didn’t want to be a St. Sophia’s girl. I wanted to be me, Lily Parker, of the dark hair and eyeliner and fabulous fashion sense.

The powers that be of St. Sophia’s were apparently less hesitant. Two weeks after the interview, I got the letter in the mail.

“Congratulations,” it said. “We are pleased to inform you that the members of the board of trustees have voted favorably regarding your admission to St. Sophia’s School for Girls.”

I was less than pleased, but short of running away, which wasn’t my style, I was out of options. So two months later, my parents and I trekked to Albany International.

Mom had booked us on the same airline, so we sat in the concourse together, with me between the two of them. Mom wore a shirt and trim trousers, her long dark hair in a low ponytail. My father wore a button- up shirt and khakis, his auburn hair waving over the glasses on his nose. They were heading to JFK to connect to their international flight; I was heading to O’Hare.

We sat silently until they called my plane. Too nervous for tears, I stood and put on my messenger bag. My parents stood, as well, and my mom reached out to put a hand on my cheek. “We love you, Lil. You know that? And that this is what’s best?”

I most certainly didn’t know this was best. And the weird thing was, I wasn’t sure even she believed it, considering how nervous she sounded when she said it. Looking back, I think they both had doubts about the whole thing. They didn’t actually say that, of course, but their body language told a different story. When they first told me about their plan, my dad kept touching my mom’s knee—not romantically or anything, but like he needed reassurance, like he needed to remind himself that she was there and that things were going to be okay. It made me wonder. I mean, they were headed to Germany for a two-year research sabbatical they’d spent months applying for, but despite what they’d said about the great “opportunity,” they didn’t seem thrilled about going.