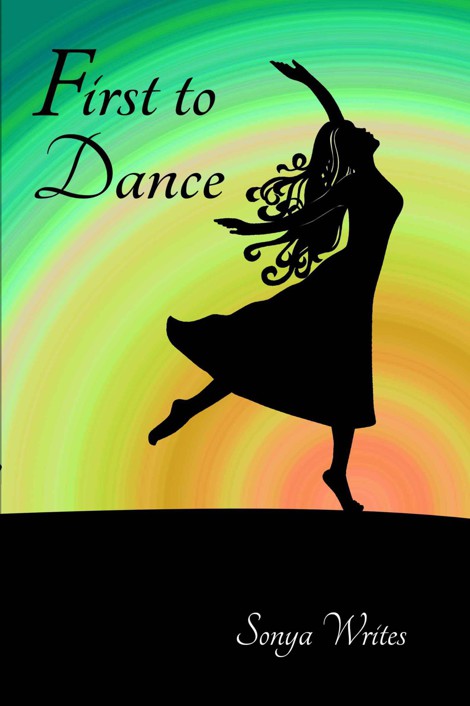 It has been a long and exciting journey for me to write this book. The story of Ayita was written primarily when I was in high school, and the story of Etana was primarily written after I became a single mother. I think that is one of the things I love most about this story, because it’s almost like reconciling the past with the present for me. I’ve taken two stories that I wrote during two very different periods of my life, and I put them together to create a tale that I hope will be memorable.

Special thanks goes out to everyone who read this book for me before I published it. The feedback you gave was extremely valuable. Also to Tanya Ekama for being extremely wonderful to work with when it came to my cover design. You helped me portray exactly what I wanted to portray. And finally to my children for bringing so much joy into my life. I write fictional adventures, but having you in my life is an adventure I get to live.

This book may not be reproduced or copied in whole or in part by any means without permission, except in brief quotes used in articles or reviews.

This book is dedicated to everyone who has ever wanted to dance in the face of adversity.

“Don’t try to teach Aaron about Earth, Etana. I forbid it.”

“I didn’t know that I married a dictator.”

“If you teach him about Earth, you’ll lose him, not because I’m a dictator but because that is what the people have decided.”

Ayita watched her friend's eyes, hoping for some indication of her thoughts.  She
had
to believe it now.  It was in a book; of course it was truth.

Aira shook her head.  “This doesn’t prove anything.”  Her sapphire eyes gave a piercing stare.  She wanted to destroy the book, and if she knew there were others, she would want to destroy those, too.  Aira looked at the book again, in disgust.  She closed it and started eyeing the fireplace.  Ayita snatched the book from her friend’s lap and brought it to her own. She was
glad she’d never confided in her about the rest.

“But what if it
is
true?” she asked.  Ayita held the book closer to her chest.  “What if Earth really did exist?”

“It doesn’t.  If it did, we would have learned so in class.” Aira pushed a bit of her light brown hair behind her ear and bit her lip nervously, hoping Ayita would agree with her. This conversation was dangerous territory, and she wanted nothing of the consequences.

Ayita lowered her gaze to the floor, allowing her copper-brown curls to fall in front of her face so she could hide behind them. The secret was too much to keep and too much to give. Now that she’d shared it, she knew she would have to give up either the book or herself.  “You’re right,” Ayita said quietly. “I don’t know what came over me.  This is a book of lies.” Ayita cringed as she said this. It was the first time in her entire life that she’d allowed a lie to leave her lips.

Aira nodded.  Ayita hoped she would leave and trust her to destroy the book on her own, but she had no such luck.  Aira watched her, waiting.  “Throw the book in the fire, Ayita.”  Ayita sighed and gently placed it where she was told.  The flames danced around it, on it, devouring the book and turning it to ash.  Aira waited until there was nothing left to salvage.  “We should put this behind us,” she said.  “The book is gone now; no one needs to know.”  Ayita tried to smile as Aira got up and left.   It was hard to smile. Only an hour ago they were leaving class, walking to her house together, both excited: Ayita was excited to share her discovery, and Aira looked forward to seeing the source of Ayita’s excitement. That excitement was gone now, replaced with disappointment.

She listened for the door to close before she allowed herself to cry.  It hurt to put the book in the fire, though ultimately it didn’t matter that the book was gone. She had every single picture tucked away in her photographic memory and every word memorized.  The real sting, the one that burned to her core, was knowing that her best friend had completely rejected her ideas, her hopes, and her dreams.

Ayita put out the fire and went to her room.  Her parents would be home
soon for dinner, but she wasn’t hungry.  She locked the door and shut the light off.  It got so dark with the light off.  The sun was still shining, she knew, but it was impossible to tell with the four solid walls that boxed her in.  She thought about the photographs of houses on Earth. They seemed to be almost the same as the houses here, but with one exception—the houses on Earth had windows. It made sense to have windows. So many things made sense about Earth that didn't make sense here. Earth simply couldn’t be a lie. How could a fantasy world have more logic and make more sense than the real world she lived in?

Ayita lay
down on her bed.  When she closed her eyes she could flip through the pages in her mind.  She could re-read the words and see the different people, the animals, and the trees.  She could see the lakes, rivers, oceans, and the pictures of people swimming.  She tried to imagine swimming, but the closest she’d ever come to that experience was water sprinkling on her face in the shower. “What does it feel like to be completely under water?” she asked herself. The hint of a smile came to her face.  “Someday I'll know,” she whispered.  Then she thought of the dancers.  They were beautiful.  There was something elegant about the men and the women who were dancing.  Now she couldn't help but smile.  More than swimming, she wondered what it felt like to dance. Of all the photographs, her favorite was that of a woman dancing. She was a beautiful young woman: tall, slender, with near-perfect black hair, and wearing a gorgeous dress that reminded Ayita of leaves in the fall. She was caught in time and frozen still on the page, but holding a pose that contained so much life. Ayita could almost see her movements. Her face held more peace than Ayita had ever seen before.
I want that peace,
she thought.

At the bottom of the photograph was a short description: Etana, November 15
th
, 3143.

“Why don't people dance here?” Ayita
whispered to herself. There was logic to not swimming. Aside from when it rained, all the water that they knew of was underground, brought up to their homes by pipes and wells, but Ayita could think of no reason not to dance.

She remained on he
r bed with her eyes open, staring into the blackness that surrounded her. Sometimes she imagined that instead of a ceiling she was lying beneath a large black hole, one which she could travel through and thereby escape to a different world.  She closed her eyes again. “Maybe if the people danced, we would have peace.”  Ayita didn't dare suggest the idea to anyone; she knew that if she ever voiced those thoughts she would be laughed at, and if voiced again she would be sent away to the place that no one spoke of.  Those thoughts could never be spoken. They would never be tolerated.

And yet, here in her bedroom, Ayita had privacy.
She could dance, and no one had to know. She wiped her eyes dry and turned the light back on
.

She stood in the center of her
bedroom and thought about the photograph labeled “Etana.” She had her arms above her head in a circle, and was balanced on one foot. For the woman Etana it seemed to be effortless, but it didn’t look easy to Ayita.  “What is dancing about?” she asked herself.  She closed her eyes.
What is the secret to her peace? Is it the movement? Or is it something deeper? When she dances, she is connecting her mind with her body and her soul.

Ayita relaxed her shoulders.  She swayed side to side and imagined herself as elegant as the ladies in the photographs
, as graceful as Etana. Then, pushing with her right foot, she lifted her leg and propelled herself into a twirl. She put the sole of her right foot against her knee as she’d seen in the pictures and tried to raise her arms above her head, but as soon as her foot touched her knee, her knee bent and she fell to the floor. She smiled.  She got up and tried it again, this time with even less poise and balance than the first time. She fell sideways and bumped her shoulder against the wall on her way down.  It was painful, but Ayita was laughing. She stopped when she heard a shout from below.  Her parents were home now.  “Are you all right?” they wanted to know.

“Yes, I’m fine,” she said.  She tried to hide the laughter in her voice. After she was able to compose herself and wipe the
telling smile from her face, she got up and went downstairs to join them for dinner.

Her father asked her the same question every day as they prepared their evening meal: “How many sections today?”

And Ayita’s answer was always the same: “Only one.”

Then they finished making dinner, they sat down, and they ate.

But today was different.  Today when she came down the stairs, the first thing he noticed was the red in her eyes.

“Were you crying, Ayita?” her father asked her.  He looked closer and stared into her eyes. He was so much more perceptive than anyone else she knew. “You were crying,” he said.

She stepped back and looked away.  “I’m fine,” she said.
Until his reminder, she’d stopped thinking about the tears.  She was surprised that he so easily noticed the sorrow in her eyes despite the joy on her face.

“Oh.”
He didn’t appear convinced, but he didn’t press the topic either.

Her mother’s lips were drawn in a thin, tight line.  Finally, she asked, “
Did everything go all right at class today?”

“
Give her some space, dear,” said her father.

“One section,” Ayita said.
“As always.  Really, until you mentioned it, I’d forgotten I was crying earlier. I’m fine, really!” She walked through the small space between her parents to cut the tension between them.  “Let’s just get started on dinner, okay?”  She pulled three plates from the cupboard and set them on the table.  No one said anything after that until they were seated and dinner was served.  Her mother began talking about her long day of work at the hospital. She was one of the top physicians on Zozeis and always came home exhausted with a ton of things on her mind to discuss, but tonight Ayita wasn’t listening at all.  She was lost in her own world and thinking about the book again.  Before she could reason herself out of it, she interrupted their conversation.