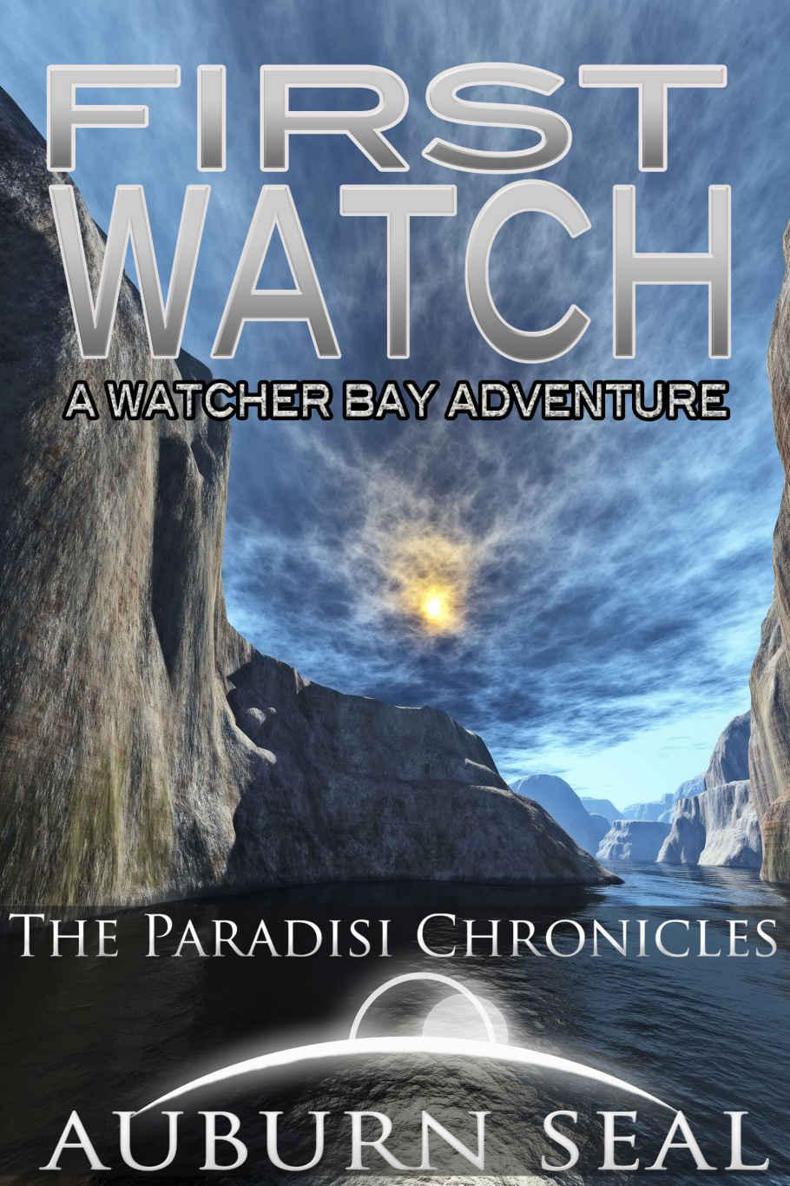 Welcome to the Exciting World of the Paradisi Chronicles

In the last decades of the twenty-first century, ten families, seeking to escape an increasingly devastated Earth, focus their power and wealth on building spaceships that will allow a select few to leave Earth and colonize the world they call New Eden. Here, on their new home in the Paradisi system, these Founding Families hope to avoid the environmental and political disasters that were destroying Earth. But they find that the world they claim for their own is already inhabited, and the Ddaerans, although human in their appearance, possess abilities that the Founders and their descendants find both intriguing and frightening.

The authors of the Paradisi world wanted to give you, our beloved readers, extra content as you adventure in the Paradisi system. Throughout this ebook, you will find easter eggs. These words are linked to password protected pages on the Paradisi website. The word that is linked IS the password. Whenever you find an easter egg, click the word, and then enter that word in the password box on the web page for access to extra content such as maps, previews of other stories in the world, and more!

Levra Shield stood on the floating oceanic platform under the late-afternoon sun holding her husband Gunnar’s hand tightly, overcome by the dread of what was coming next. She fought to keep her balance while the rough seas rocked the Novux LiftPort, the Earth elevator’s anchor structure atop a massive rig off the coast of the Maldives. The elevator would take her sister off-planet and change all their lives forever.

She hugged her sister one last time before Michelle—Mitch to all who knew her—walked through the steel, restricted-access-only doors: the beginning of a journey that would take her to deep space. Mitch had taken numerous trips on the Earth elevator before, but this time she would be gone longer. Could be five years, but it could also be much longer.

Mitch had qualified for a deep space exploratory mission, Altius 1, and Levra was filled with mixed emotions about the journey her sister would soon begin. Instead of short-term missions in this galaxy which were her usual trips, Mitch would explore deep space beyond the farthest reaches of the Andromeda galaxy and into a much more distant galaxy, which meant she’d be gone a long time. The system was named Altius, and her team would investigate the existence of a black hole near the planet Tortia.

Evidence from the unmanned probes sent by various world governments proved time functioned differently on Tortia, likely relative to its proximity to the black hole. It was all rather exciting—if she could forget the ache in her stomach at the unavoidable goodbye.

On the one hand, she was excited to watch her sister’s dreams finally become reality, yet Levra felt desperately sad as she faced this goodbye. The farewell would likely last much longer than either of them anticipated or wanted.

Levra knew Mitch was thrilled to go, she was caught up in the excitement of her forthcoming adventure, but she didn’t know what Levra was about to announce. Somehow Levra was going to have to break it to her sister in the next five minutes that she and Gunnar would be gone when she got back. Like out-of-the-galaxy gone. She’d only found out last week but hadn’t known how to break the news to Mitch, her younger, more adventurous sister. Levra had wanted to tell her many times over the last few days, but the weight of the information was heavy on Levra’s shoulders.

How could she say goodbye to her sister, quite possibly for the last time? There was no guarantee Mitch would be able to gain passage to New Eden when she returned to Earth in five years at the completion of her mission. No way of knowing even what condition the Earth would be in by then. All the political talking heads and doomsdayers—who Levra tried desperately to ignore—kept going on about the next world war.

Saying goodbye amid such uncertainty put Levra’s stomach in anxious knots, but it couldn’t be put off any longer.

Gunnar, Levra’s new husband, pulled the two women into his arms and spoke. “What will I do if I’m not breaking up your fights? Did anyone ever tell you two that you fight like sisters?”

He gave Levra an extra squeeze and winked at her. She knew with this simple gesture that he was completely aware of how tough this would be for her. Levra’s throat constricted when she thought about how much she would miss her little sister. Bless Gunnar for adding some humor into the situation.

Mitch was first to break away from the hug, and Levra wasn’t surprised when Mitch kept the conversation light.

“I wonder where you will be teaching when I get back. You’ll probably have won all sorts of awards by then. Or maybe you’ll have kids? If I become an aunt while I’m in another galaxy, it still counts. And you better name her after me.” Mitch put her hands on her hips and tapped her feet in playful demand.

Her sister was never one for exploring deep emotions. She was similar to Gunnar in this way. They both loved fiercely, but they laughed more than they cried.

Levra could feel her own tears threatening to escape and was a tiny bit envious of Mitch’s ability to always remain composed.

“Mitch . . .” Levra began, her voice turning serious. It was now or never. She was out of time to wait for the perfect segue. “We’re actually going to New Eden. We got accepted for passage aboard the SS Northern Light. Gunnar will be one of the Flight Engineers.” Her words came out tumbled and breathless. “We’ll be gone before you get back.”

Mitch’s face blanched for a moment, her shock clearly written in her expression for a moment before she composed herself and laughed. “Well, maybe I’ll have them drop me off there when the mission is over.”

Levra smiled and swallowed a lump in her throat, refusing to cry. They both knew it wasn’t that simple.

“Attention Novux Sky passengers . . .” A woman’s voice sounded over the loudspeakers, killing the levity they’d been forcing and halting any opportunity to discuss the reality they might never see each other again. That their parents were almost guaranteed to be left on Earth—and with them both ill and declining in years, they would likely be dead long before Mitch returned. They’d already witnessed Mitch’s excruciating final farewell with them. And now it was Levra’s turn. When Mitch got back, her entire family would either be dead or living in another galaxy. How do you leave someone when you know that?

“Boarding has now commenced,” the loudspeaker voice droned on. “Please gather your belongings and report to the loading bay.”

Mitch turned and looked over her shoulder at the massive doors that slid open in sync with the boarding announcement.

“Do you know for sure how long you will be gone this time?” Levra asked, already knowing the answer to the question. She was trying to stretch her time, not yet ready to say goodbye. She wouldn’t ever be ready. Not if she was honest.

Mitch shrugged, her red curly hair brushing her shoulders, somehow looking very vulnerable even though she was outfitted in the sleek silvery uniform astronauts wore as their non-space gear. Even in this moment, Levra found herself jealous of her sister’s lustrous red locks, compared to her own hair which was brown and boring. “Not sure. Could be as much as five years. Hopefully I’ll be back before you guys become interstellar travelers.”

Levra watched Mitch’s eyes fill with tears and a bit of her heart broke. Again.

Gunnar interrupted before Levra completely fell apart. “I’ll miss you way more than your sister will and you both know it.”

This was much worse than Levra thought it would be. Thank the stars above for Gunnar's sense of humor.

Mitch was stubborn and had a knack for locking her feelings down before they got the best of her. Levra saw the determination to remain steadfast burning in her sister’s eyes. She wouldn’t let her own emotions consume her. Mitch had always been tougher emotionally than her sister. Levra wore her heart on her sleeve whereas Mitch always kept hers tucked away tight.

“It’s not fair that I always cry like a baby and you got the stoic gene,” Levra said as her tears ran down her face, leaving drips on Mitch’s shiny silver latex-covered shoulder.

Levra smiled and sniffed. “Okay, you promise to call when you can?”

“I will. Pinky swear. And if I’m not back before you leave for New Eden, you better tell me all about the journey. I’ll be pissed if you get to New Eden before I do. Good news, though. Cryo-sleep might agree with you. I mean, two years of beauty sleep should be amazing for your skin, right?” She gulped. “I love you and I’ll see you soon.” Mitch’s voice was warm, thick with emotion, and a little shaky.

“I love you, too, Mitch. See you soon.” Levra managed to choke the words out between her sobs.

“I almost forgot,” Mitch said. “Here.” She dug into her pocket and held her hand out to Levra who reached out with an open palm as Mitch dropped a coin into it.