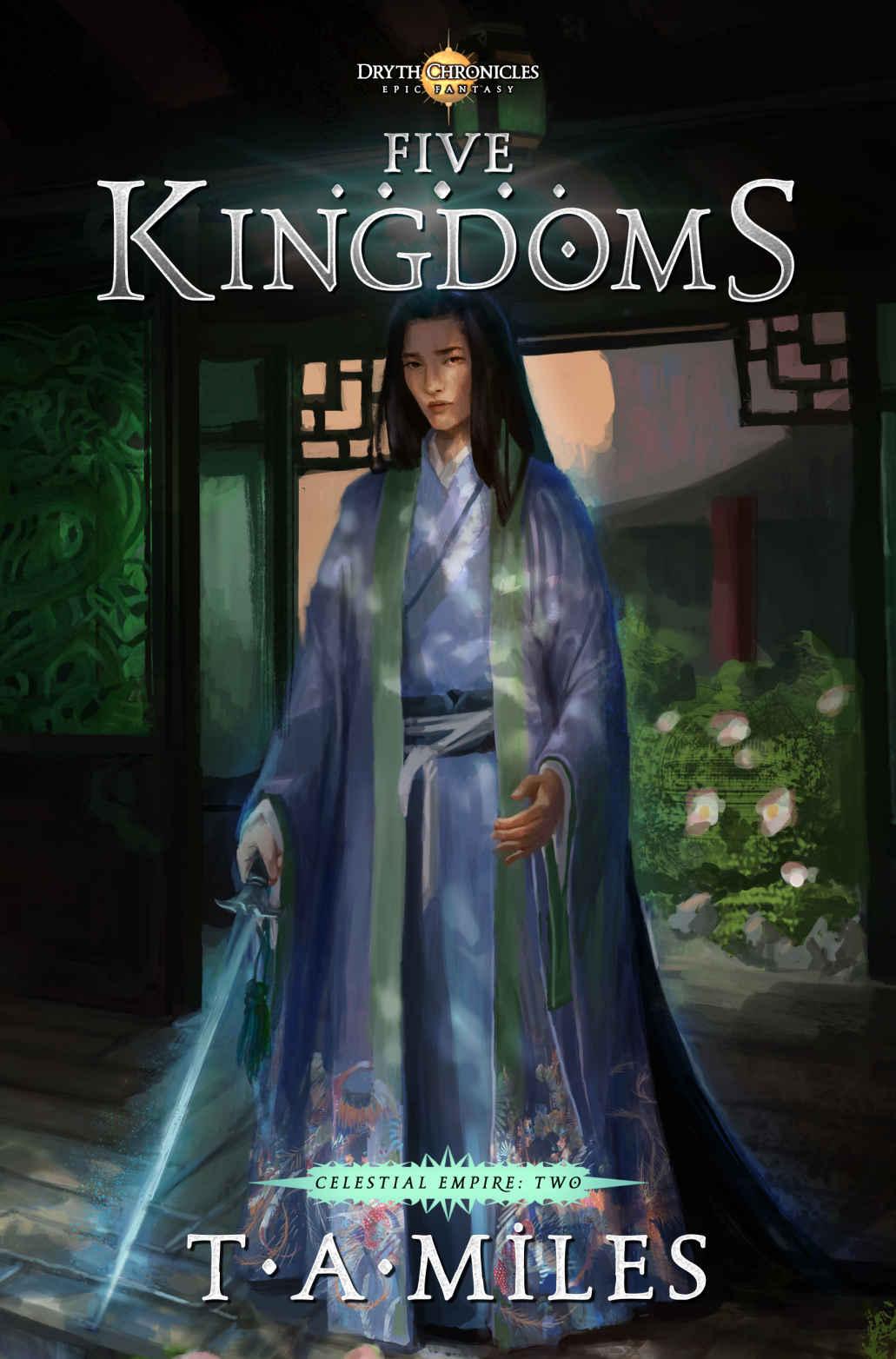 Five Kingdoms
is a work of fiction. All incidents and dialogue, along with all characters are products of the author’s imagination. Any similarities to any person, living or dead, is merely coincidental.

Want to read more books in this series before they’re released? Join our ARC team!

—From the
Book of Springs

U
nlikely...the word
doesn’t seem to fit. Then again, what else does one call the alliance of two dwarves—myself and my niece—a mountain elf, a fire elf, an Andarian knight, and a large handful of Fanese men, which includes one strayed Fanese ox?

As I sit huddled in a cave in the extreme northern parts of Yvaria, freezing my beard off, scratching out another page of my memoirs, I see children before me—with the exception of one fellow ancient, who doesn’t happen to speak my language, nor I his.

Shirisae is actually the eldest of the brood, though she is still young for her kind. Proud, beautiful, and strong of mind and body; the Phoenix Elf is the sister who loves and guides, and protects in the absence of a mother. She didn’t start out that way—she had her moments of selfishness and thoughtlessness, sure as a lamb will frolic—but when it came time to assume a stronger role, she stepped into it with fortitude and grace. She watches the others with her golden eyes now, proud and protective as a lioness over her cubs. Even Alere, whom she once despised for his icy nature, has received more than one look from his fellow elf that almost half resembled something in the way of a tender—well, maybe more kind...probably just civil—smile. The lass is trying.

Alere doesn’t make it easy for anyone to give a mule’s hind end about him. He speaks little and when he does open that frost-rimed mouth of his, it’s usually just to state some fact that the victim of his conversation was happier not knowing. Gods forbid, we can’t all be as perfect as the white elf.

Xu Liang certainly tries to be. If this dysfunctional, ragtag assembly of adventurers could truly be considered a family, the mystic is the model son become head of his own house. Patient, studious...meticulously groomed. Even now he sits upon the filthy ground as if it is a plush cushion, every fold of his robes perfect, regardless of wear and weathering…every hair in place in spite of its great lengths…his expression imperturbable while he travels deeper into his thoughts, never quite losing himself. The man stays ever alert to the others around him, always prepared to answer a question or to end a dispute. Thinker, mediator, sorcerer, and even warrior...he knows no boundary, except for his health. He’s skilled, but he’s not strong. His mind and soul are determined, but his body has never been as willing. It rebels now, quietly. Most of the others don’t notice. They’re under his spell, charmed by his leadership. The lad’s cheated death. The others view his survival as some magical will to survive, believing that he will live simply because he will not allow himself to die. The elders among us know that the young mage has cheated death, but he has not fooled it altogether.

The ‘elders’ among us.

As I mentioned before, there’s only one other than myself. An old guard, one of five bodyguards remaining to the Fanese mystic; Xu Liang, who is also a nobleman of his land, entitled to wear perfectly excessive layers of silk, to study to his heart’s content, and to collect human shields. He has six of them now, counting Fu Ran—the ox who abandoned his homeland and who can’t seem to shake its traditions, or his sentiment toward the man he once served. But that’s a story for later, and it brings me now to the boy.

Of course, he’s told me plenty of times that he’s not a boy and, age wise, I suppose he’s right, but when I look at Tristus Edainien, all I can see—and have ever seen—is a lonely young lad in his father’s armor. His smiles are wounded, his eyes shining more often than not with tears. I didn’t sympathize with him at first—not much—but, as with the elves, the lad has grown on me. And he’s grown attached to my niece. Separating the two of them is like peeling the bark off a Calliprian Tower Tree; in the end it’s just not worth the effort. I suppose it’s good for both of them. Neither ever had any siblings, and that’s what they’ve become to one another; like one of the closest brother and sister pairs a body ever met. I hope I never see the day their paths are forced apart. Gods know higher forces have tried—and tried breaking up the lot of us, I might add. It’s not an innocent exploratory outing I’ve gotten myself into this time around. Chaos is rising, and it may just be up to this motley assortment of friends and allies—blessed with the power of six otherworldly weapons—to put it to rest.

As usual, the future of human, dwarf, and elf kind rests on the shoulders of the young. It’s a good thing they’ve got me around to keep them in line. There’s nothing worse than a pup drunk off his own power!