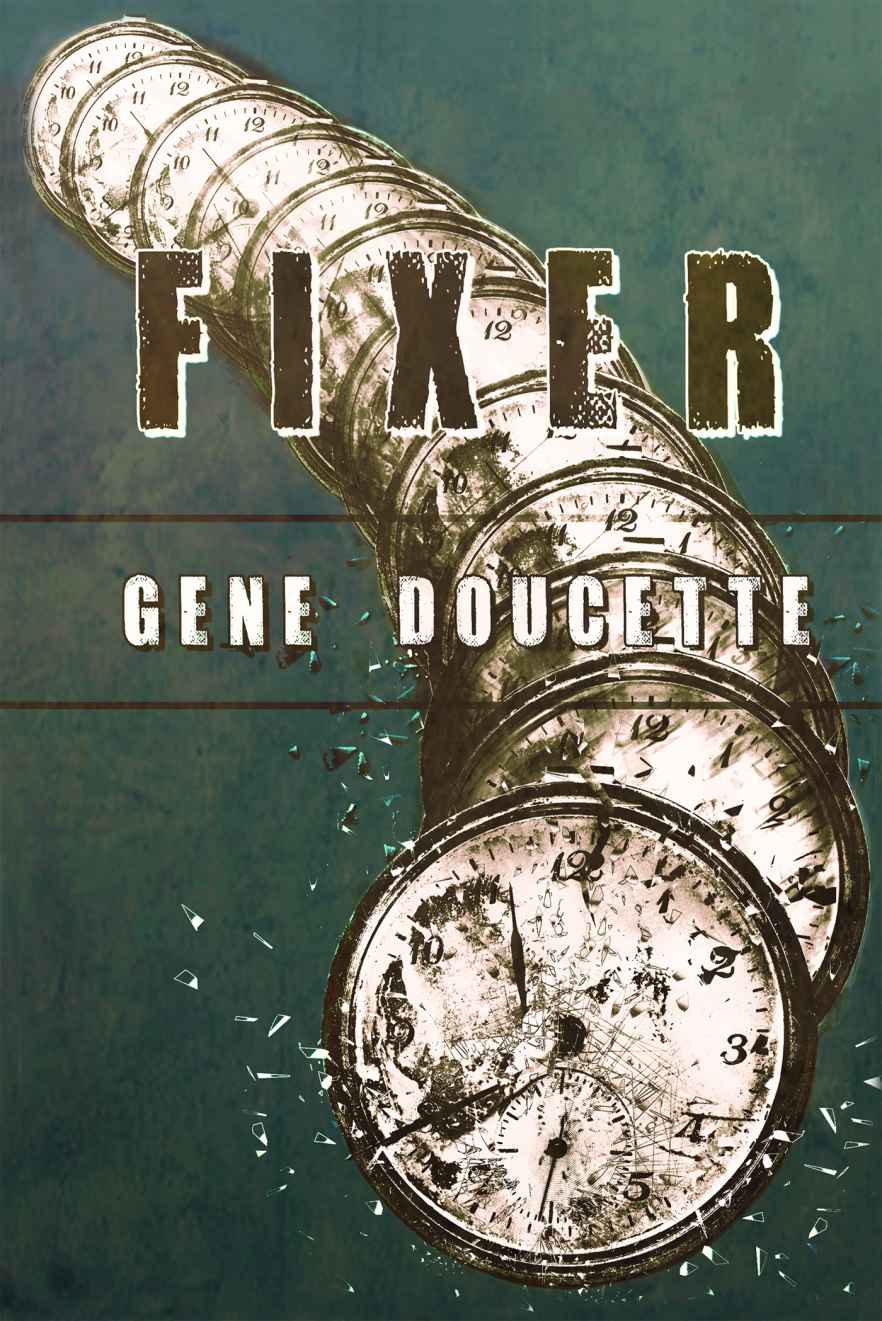 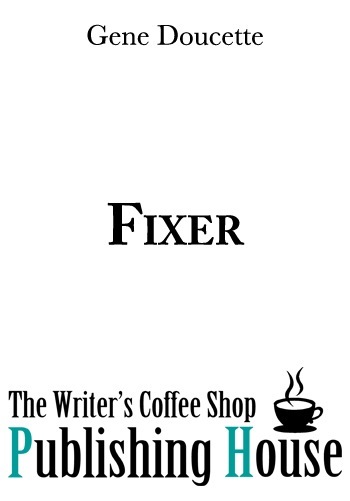 This work is copyrighted. All rights are reserved. Apart from any use as permitted under the Copyright Act 1968, no part may be reproduced, copied, scanned, stored in a retrieval system, recorded or transmitted, in any form or by any means, without the prior written permission of the publisher.

Gene Doucette has been published as a humorist with
Beating Up Daddy: A Year in the Life of an Amateur Father
and
The Other Worst Case Scenario Survival Handbook: A Parody
.
Other novels by Gene Doucette include
Immortal
and
Hellenic Immortal.
He is also a screenwriter and a playwright.  Gene lives in Cambridge MA with his wife and two children.

For Deb, who has always liked Corrigan the best.

Melissa didn’t know what she was thinking when she stepped off the curb, but she knew where she was looking—to the right, which was the wrong way entirely. The curb was on North Street at the edge of Faneuil Hall, roughly ten feet from the junction of North and Clinton Streets, and Clinton was a one-way feeding into North, so it was possible Melissa looked to her right because a moment earlier—had she crossed at Clinton—that would have been an intelligent thing to do.

She also might have been looking that way because John was in that approximate direction. She’d just had lunch with John, he had just asked her out and she had just said yes, and this was just about the best thing that had happened to her since she’d moved to Boston.

It might also have been that Melissa had finally reached the point as a Bostonian where she no longer paid attention to traffic. Pedestrians downtown tended to show the same concern about fast-moving cars as they might have for slow-moving cattle, but for her first month in town Melissa had obeyed the crosswalks like she was raised to. Sometime around the second month she gave up on that. Month number three appeared to be the month where she threw herself in front of a minivan.

And so on a fine, bright and sunny Thursday afternoon, looking the wrong way and perhaps thinking of John rather than the traffic, Melissa stepped off the curb at the same time the driver of a minivan that was about to occupy that exact same space was looking down at a map. The driver was a tourist, and he was lost.

This was another thing that happened routinely in downtown Boston because none of the streets made sense, most of them were one-way, and one or two had a tendency to disappear entirely for extended stretches without any adequate explanation. The driver had been looking for one of those streets, which was supposed to lead him and his wife—she with the map thrust before his eyes at exactly the wrong moment—to the aquarium.

Melissa didn’t hear the minivan’s approach. The first indication she had that something was amiss was a heavy hand clamping down on her shoulder. Before this really registered, she was being picked up and thrown back onto the sidewalk. She landed hard and banged her elbow and was about to scream out at whoever had just picked her up and thrown her when she heard the screech of the tires and saw a shoe that looked exactly like the one she had just been wearing fly down the street.

I was just hit by a car
, she thought.

But that couldn’t be right. If she was hit by a car she would still be attached to the shoe, lying someplace entirely different, and probably not capable of recognizing that she’d been hit by anything.

Then her left ankle—the one above her unshod foot—screamed at her, and she wondered if she had just broken it.

A large man was kneeling over her, looking concerned. She didn’t know him, but he looked like the guy you warn children to stay away from. Despite that, she was pretty sure he had just saved her life.

“Late? What are you talking about? Who are you?”

“Corrigan Bain,” he said, smiling and extending his hand. Interestingly, when he smiled, his grim features—he was not, by most standards, a particularly handsome man—transformed him into something strangely gentle and trustworthy.

“Oh, I’m a fixer,” he added, as if this explained everything. “Again, sorry I’m late. Your foot might be broken.”

“I don’t understand . . .” He still had his hand out, meaning to help her up, but she was pretty happy where she was; she was almost positive if she stood she’d just fall right over again.

“Hey!” a familiar voice shouted from half a street away. It was John. He had been across Clinton when he heard the minivan’s tires screeching, which made him turn back and look for Melissa. When he saw her on the ground, he didn’t associate what he was seeing with the sound that had made him turn in the first place. He saw what looked like a big ugly guy attacking his girlfriend.

Melissa didn’t say anything at first because seeing John rush over to defend her made her unaccountably happy. And then John sort of embarrassed himself.

He charged Corrigan Bain, but somehow Bain reacted preemptively to John’s clumsy assault by shifting his weight in just such a way that John’s ostensibly violent shove didn’t move him at all.

John stumbled backward and then tried again. This time Corrigan stepped to one side at the last moment, and John fell on his face. It reminded Melissa of a movie ninja, except Bain wasn’t doing anything special other than moving at exactly the right time.

“John,” Melissa tried, but he wasn’t hearing her.

“All right, buddy,” John said, holding up his fists.

Corrigan Bain looked confused, like someone who was watching a foreign film with the wrong translation. He looked past John and up the street—there wasn’t anything special going on up the street—then down at Melissa. He started to thank her for some reason, and then John swung at him.

Bain pulled away just in time to miss getting punched, and finally Melissa found her voice. “
John
!” she shouted. “Will you stop? He saved my life.”

John looked down at her like he just realized she was there. “He what?”

And then Corrigan Bain was gone. Melissa was about to apologize for John, but Bain had disappeared. And up the street, where she’d seen him look, two police officers were now running toward them.

“He saved my life,” she repeated to John. “Now would you go get my shoe please?”

It was the crowd that was the problem. Corrigan couldn’t stand crowds, but not because of any kind of low-level agoraphobia or even a personal space problem. It was that entirely too many things could go wrong in a crowd. Sometimes even figuring out whom you were there to save was a bigger challenge than the actual saving.

As he worked through the very kind of crowd he found so disconcerting, he glanced back over his shoulder for one last look at the scene. The cops he’d been expecting had arrived, and it didn’t appear as if either of them were looking for him, which was good.

Again, provided there wasn’t a crowd.

Ahead of Corrigan loomed a large stone staircase that led up past city hall and to where he had parked his bike. The people on the steps were a wormy cascade of fuzzy twists and turns, a torrent of possible selves. It was breathtaking and terrifying and very, very difficult to handle because the question of how much of it was real was open to interpretation from moment to moment. Corrigan had to resist the urge to simply close his eyes, kneel down where he was, and wait for everyone to go away.

Instead, he looked down at his feet and charged up the steps. The human spaghetti strands of eventualities adjusted as he moved through, his present causing everyone else’s future to adjust and recalibrate. He’d nearly reached the top when he saw the boy.

The kid was only five or six. He stood alone at the top of the steps, watching Corrigan, and he was impossible not to notice because he had no future. Because he wasn’t really there.

Spiderweb by Penelope Lively
Cyborg Strike by David VanDyke
Under the Sweetwater Rim (1971) by L'amour, Louis
Slightly Shady by Amanda Quick
The Borderkind by Christopher Golden
The Stolen Kiss by Carolyn Keene
The Surrender Tree by Margarita Engle
Finding Acceptance in His Arms by Thomas Briar
Ojalá estuvieras aquí by Francesc Miralles
The Unscheduled Mission by Feinstein, Jonathan Edward