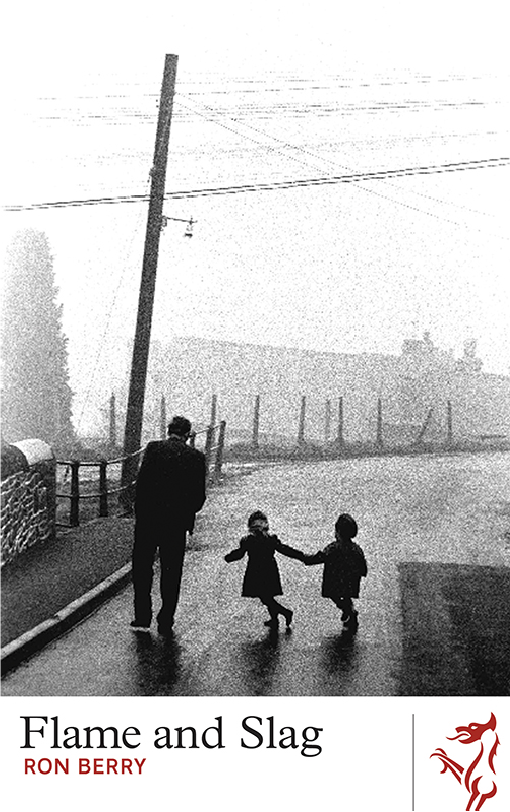 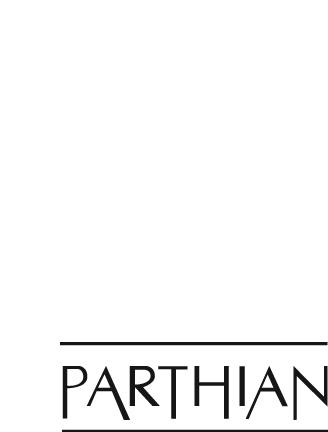 You won’t read another novel like
Flame and Slag.
Unless, of course, you quickly turn to another book by Ron Berry or one of his many short stories. Novels which describe life underground, or life in coal-mining communities in their heyday do exist, of course, and several of them are written by writers from the Rhondda or the South Wales coalfield more generally – though few enough give you as much of the detail of the work. But there is a breathless urgency to this writing – an awareness almost in the richness of its language, the similes piled high on one another and so closely together – that life is short and hard and things need to be said both sharply and evocatively, but concisely too, before the lungs give way. This is a demand heard from within a cacophony of voices.

Flame and Slag
carries two stories – the marriage of Rees and his wife Ellen and the twists and turns of their relationship, often darkly comic, and the journal of Ellen’s father John, recording the development of the Caib colliery from its sinking in the 1920s. The sinking of a colliery in the 1920s seems almost counter-intuitive, since we know the story of the rapid growth of the Rhondda and its population, from barely a thousand in 1851 to 152,000 in 1911, and its population peak at 167,000 or so by 1921. Then the decline sets in, with over 200 mines closing in South Wales in the interwar years. But there was still a brief burst in places in the early 1920s, and the new Glenrhondda Number 2 pit was sunk in Blaencwm. Ron Berry describes this in his defiantly existential autobiography,
History is What You Live:

For two years before I started in Infants’ School, pit sinkers wearing black oilskins like the Skipper sardines advert filed past Upper and Lower Terraces.

So despite the distancing sentences in
Flame and Slag,
suggesting the Rhondda is somewhere other (‘Hard times, good hard times which nobody can recapture, every man in Daren completely ignorant about THE MINERS’ NEXT STEP passing from lodge to lodge over in Rhondda’), Daren is in the Rhondda and is probably Blaencwm, or Blaenycwm as Ron would have called it.

They still remember Ron Berry in Blaencwm. I am writing this foreword at the end of July, 2012, the year of the centenary of
The Miners’ Next Step.
Five days ago I was in Michaels Rd, Blaencwm, four doors down from Ron Berry’s old house, looking across the Selsig river at the Glenrhondda tip with my constituents Pat and Tom Brunker. ‘As boys, we all looked up to Ron,’ said Tom, ‘marvellous footballer, good boxer.’ Tom’s uncle’s death in the colliery is mentioned in Ron’s autobiography. Pat, former Chair of Welsh Labour, remembers Tom showing off his muscles by the pool – and you can see a photograph of such a pose in
History is What You Live.

I have a soft spot for Blaencwm. My quest for the Rhondda selection began in Pat and Tom’s house, ten years ago. They still remember Ron in Blaencwm, and maybe that’s not surprising for, as he says of his fictitious Blaencwm in
Flame and Slag,
‘if there’s any glue in Daren, it’s memory. We remember everything.’

And here, at the top of the Rhondda Fawr, you have a real sense of the complexity that Raymond Williams wrote about, reviewing the Welsh industrial novel:

In any Welsh mining valley, there is the profoundly different yet immediately accessible landscape of open hills and the sky above them, of a rising light and of a clear expansion, into which it is possible, both physically and figuratively, to move… it is a shape which manifests not only a consciousness of history but a consciousness of alternatives, and then, in a modern form, a consciousness of aspirations and possibilities.

Ron’s life was, of course, one that reflected this – contrasted with the working life underground were the active physical leisure pursuits like football, swimming, cycling and a love of the outdoors, someone who could write in detail about peregrine falcons as well as the intricate mechanics of mining. But sometimes the contradiction is spat out as a hatred of the conditions imposed by mining and the consumer capitalism that depends upon it – ‘…you’re a blackened man eating whitened bread under artificial light in a manufactured airsteam.’ Ron himself wrote of his own desire to return to the Valleys’ countryside when he was working in a factory in England during the war: ‘I felt
hiraeth
for mountains, for space, for green silence.’

As I said there is richness in the language, a vivacity and a grasp for an appropriate local simile – ‘Ike himself governed by mining economics like a truant officer is ruled by the miching boys who justify his job’. There is a natural occasional use of the colloquial domestic Welsh that has remained strong amongst many families in the Upper Rhondda Fawr. Sometimes language is used to sardonic effect like a more engaged
Under Milk Wood
: ‘My wife Ellen, Mrs Selina Cynon’s willing pupil for every Shwmae and familarising idiom that binds tight the work-, bread-, bed- and pavement-bonded people of this bloody Wales of ours.’

A foreword, of course, is not a review. My task is to encourage you to read
Flame and Slag –
and so you should, for the story, for the quality of the writing, and for the history it contains. This is the Wales when coal was still powerful, when mobile chest X-rays could trigger referrals to the Pneumoconiosis Unit in Llandough hospital, where the trains until the early 1960s still ran through the tunnel linking Blaencwm and Blaengwynfi, and where Remploy and countless other factories had just started up in the post-war wave of reconstruction.

But above all, this is a perspective from a Rhondda after the closure of the Glenrhondda colliery in 1966 – and a Wales after the Aberfan disaster the same year. You will find in the book the bitterness directed at the National Coal Board and its Chairman, Lord Robens, a strong target of criticism for that tragedy – and for his delay in visiting the community of Aberfan:

‘I got four brothers working over in Brynywawr, doin’ as much for the country as Lord Alf in his little white aeroplane.’

(One of the trappings of power enjoyed by the Chairman of the NCB was a corporate aeroplane.) The political agenda, if there is one, is a simple assertion of the battle between ‘Us’ – the workers, the members of that Rhondda community – and ‘Them’, not only the owners of private capitalist enterprise, but the state bureaucrats and their apologists. The stance is one entirely in line, arguably, with the Ron Berry who in the war-years read anarchist newsletters ‘over sausages and mash, mesmeric articles under the editorship of George Woodcock, sermons on penultimate values from Bakunin, extracts from Peter Kropotkin, Proudhon and Emma Goldman’.

So there is cynicism about politics. This picks its targets, and hits them – the municipal councillors who control jobs for teachers, the MP who ‘piped up in the House, was duly recorded in Hansard and committed to limbo’ and the ‘lucidly bland’ Minister, in this case Cledwyn Hughes. But in this novel, published in the era of the Caerphilly and Rhondda West by-elections when Plaid ran Labour close seriously for the first times in the Valleys, Ron’s narrator Rees is caustic not just about Labour and its ‘deck of cardboard Nye Bevans remembering old Tredegar in the plushness of Berkshire’ – but also of Plaid:

‘Selina Cynon teaching you Welsh?,’ I said. ‘Next thing you’ll be joining Plaid Cymru. What’s your ticket, Mrs Stevens, a poop-stirring bureaucracy in Cardiff like the one in Whitehall?’

It is also a book of its era. Some of the attitudes recorded, on race, for example, reflect a language which might have been accepted as neutral in its day but would be seen to be questionable now. And in terms of the sexual politics of the novel, while Ellen is allowed her own space and establishes herself in her own realm, (‘women are always short of the right men’) the attitude occasionally displayed by some male characters towards violence against women will strike many today as being as casual as a chorus of Delilah.

At times, then, this is a raw account. Certainly an angry account of what is happening to the Valleys in the 1960s. But there is humour in it, and passion, and hope in the people and what they make of the conditions in which they live. Earlier I called Ron’s autobiography existential. Read that after you have read this novel, for the background to the place and its historical context. What endures, at the end of
Flame and Slag
, is love. Ron Berry’s fierce clarity –remembered today, unprompted, in Blaencwm – is tempered in this book by the possibility of human love and the hope that future generations could learn and move forward.

Then, between the heyday and ultimate dissolution of Caib colliery, Ellen came. Remote Ellen Vaughan, my seventy-five per cent silicotic grandfather urging her up the steep backyard where he harboured racing pigeons in a blue and white loft perched on a ramp of railway sleepers.

My grandmother stamped life into her splayed feet. “What’s he doing now? The girl’s not int’rested in his old pigeons.
Nefoedd
,
nefoedd
, there’s no rest for the wicked”, and she slip-slopped out after them, rotundly shapeless, dratting under her tongue the way of pure grandmothers all the working world over. I had a Sunday mood to warrant the passive June morning, fuzzy anticyclonic mist spread motionless below the mountain skyline and greenfly crinkling our postmaster’s roses — he came complaining, borrowed my grandfather’s brass spray pump, sucked lips prowing his Graeco-Roman nose at the ammoniac pong of pigeon droppings.

“This is Rees, my nephew,” Grancha said. “Don’t remember Ellen Vaughan, do you, boy?”

“I remember him, Mr Stevens,” she said.

“Course, o’ course she does” — old Gran, distrusting frankness, barging possessively into the kitchen. “Now come back inside,
merch
; make yourself at home.”

They talked about Winchester, about Daren names, family pedigrees, the pigeons droning crop-happy in the loft; Grancha’s beloved homers. But Ellen and I were strangers, formal in the silliness of Sunday morning, Caib screens hanging low, silent over the railway sidings. Another Daren Sabbath. From inside the open kitchen door I watched Grancha’s droopy old ex-Bordeaux, ex-Nantes winner squatting puffy feathered as a squab behind the loft window, saw him cuffed by a young mealy cock chasing a red hen, the hen’s bill nibbling the worn-out old champion’s frayed primary feathers while the mealy trod her vagrantly fast, inevitable as electricity.

“Is Winchester
nice
, though?” asked my Gran, pinning down the ancient city once and for all.

“Beautiful walks,” approved Ellen, “up along the river banks. And, of course, the cathedral. Everyone wants to see Winchester Cathedral.”

Granch said, “But Shon Vaughan has come home, and I don’t blame him. Born and bred in Daren your dad was. Come home, Duw-aye, I should say. Me, I wouldn’t leave here, not after the misery…”