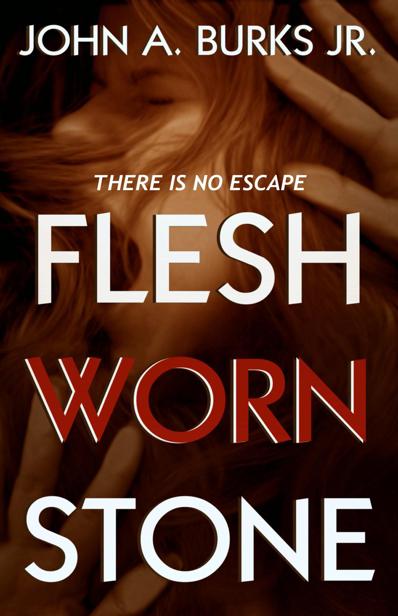 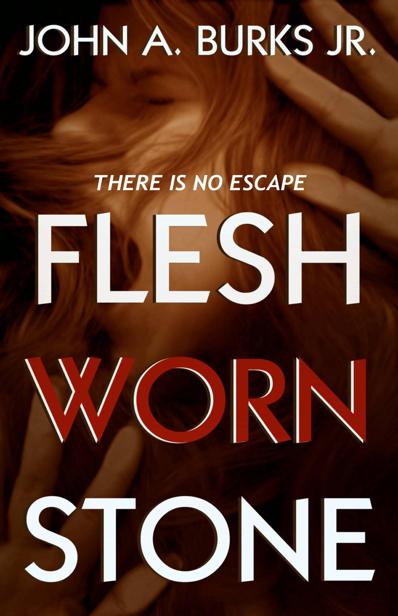 This is a work of fiction. Names, characters, places and incidents are either products of the author’s imagination or are used fictitiously. Any resemblance to actual events or locales or persons, living or dead, save those clearly in the public domain, is purely coincidental.

All rights reserved. No part of this work may be reproduced or transmitted in any form or by any electronic or mechanical means, including photocopying, recording or by any information storage and retrieval system, without the prior written permission of the Publisher, except for short quotes used for review or promotion. For information address the Publisher.

To contact the author or publisher, or to order additional books, please visit:
www.johnaburks.com

The beach was beautiful, perfect, a rival to the finest tourists spots anywhere on the planet, and had its existence been widely known, it would have been as crowded as Rio, Cancun, or even the Mediterranean. This was the fantasy beach painted by winter bound Midwestern artists staring out at fields of ice and snow, the beach dreamed of by the 50-year-old newlyweds trying one more time. It was the perfect beach with the perfect ocean and perfect climate.

Oblivious to the beauty and perfection of the beach, the seagull circled, watching the glossy object bobbing just beneath water. The seagull was old, as seagulls went, and the object, round and fleshy looking, was unfamiliar to it, though it knew it could be only one of two things—food or not food.
Food
would mean one more day of not starving to death and
not food
might mean it was the seagull’s turn to be a meal. Of course, the seagull didn’t look at it in philosophical terms like that. No, its tiny brain was much simpler. It was hungry and the object might be food. The large bird circled once more, on the lookout for predators, then dived, scooping up the object in a glut of salty sea water, and then was airborne once more. The fleshy round object was indeed food, the seagull decided, as it swallowed in one quick gulp.

The seagull had no idea where the eyeball, blue and bloodied, had come from, or even that it was an eyeball. It had no sense of horror. It didn’t know and it didn’t care.

The man in the cage on the beach, butted up against a cliff face so straight it looked as if it were carved by a giant miter saw, might have cared. Though, at the moment, struggling through a drug filled haze, he was trying to remember why his wife was sobbing.

He awakened slowly, like a man coming out of a thirty-year coma, his body aching and stiff. When he opened his eyes he saw only burlap-filtered light and noticed the scratchy sensation, a combination of four-day-old beard and the sack covering his head.  Salt stung his nose and his clothes were damp with days’ old sweat. Wherever he was, it wasn’t Houston in December. It was as hot and sticky as home and he could feel the grime of not bathing for days stuck in his pores, but it didn’t feel like home. Something tasted different in the air…there was something missing. The air was crisp and clean, not the slightest hint of Houston’s permanent pollution. He breathed shallowly, trying to stay calm and not scream out through the sack.

His hands, though still sore around the wrists from the rope that had bound them, were free now, and as he reached up to remove the hood, his felt the stretching and pain of fresh stitches on his right side, near his waistline, and the pull of fresh scabs on his left arm. He ignored both and removed the hood.

He, of course, noticed the bars first. There wasn’t anyway around it. Despite being on the most beautiful beach he’d ever seen, one was forced to notice the bars first. He and five other hooded and blue jump-suited people were in a cage made of bamboo with thick wire at the joints. The cage was about twenty foot square, the bamboo sections making one-foot square holes. Despite the cage and the implications of waking up with a hood and rope burns, he did for one moment take in the beauty of the beach and the ocean. It reminded him of Cancun, Mexico, minus the thousands of tourists and margaritas and the newness of marriage. There was a large cave leading into the cliff face, and sounds coming from inside. He could hear people talking, children laughing, and a multitude of other everyday sounds. The rock wall went further up than he could see, flat and straight like a darkened mirror, trees and shrubs sprouting at insane angles and blocking his view of the top. The cave entrance was surrounded by graffiti, reminding him of the public restroom of the Greyhound station in downtown Houston. Much of it was weather worn and illegible, but some was legible. It consisted of names and dates…thousands of them. John Henry, 1867, Adam Salinas, 1978…the oldest date he could make out was dug deep into the stone wall. Alberto Morales, 1520. Morale’s name was carved beneath a skull and crossbones motif along with the words
Renacimiento o Muerte
.

His wife was still sobbing and it took him a few moments to understand why, despite understanding nothing else.

“Rebecca,” Steven whispered, ignoring the pain in his side and on his arm and in his heart and going to his wife. He helped her remove her hood and moved her thick black hair from her tear-streaked face.

“The boys…” she whispered back, between sobs. “Oh my god, the boys.”

She grasped at his face, broken fingernails digging into four-day-old beard, drawing tiny droplets of blood that ran down his cheek into his mouth, tasting of copper and sweat. He gently clasped her hand, pulling it away from his face. “Rebecca, it’s going to be okay.”

Rebecca pulled away in anger. “The boys.”

“I…” There was no lie he could tell, no comfort he could give her. He’d heard the same two gunshots, and then the silence that followed. He could tell her again that it would be okay, but he knew it would sound just as hollow as it did when he’d said it.

“Where the hell are we? What the hell did they do to me?”

The voice was deep and full of strength and anger. Steven looked at the giant black man, trying not to stare at his sheer size but unable to draw his eyes away. The man’s arms were as thick as Steven’s legs, his neck a mass of muscle, his face a racetrack of scars and ripples. He literally bulged through the blue jumpsuit, and one of the seams, at the man’s right shoulder, was already splitting. Though sitting, Steven imagined him to be quite tall, maybe six and a half feet, and had he been in his car in some warehouse store parking lot, he probably would have made sure his doors were locked.

They locked eyes. “What are you looking at?”

“I’m sorry,” Steven said, forcing himself to look away in guilt.

He was maybe as tall as the black man, but not nearly as wide. He was fit, though, with the slim body of a runner. He was dark and vaguely Mediterranean looking, the rival of any of the male lovers gracing the covers of the romance novels his wife was so completely stricken with. He spoke with a gentleness and ease of language, both educated and comfortable.

“I’m sorry,” he said, eyeing Steven’s sobbing wife. “Please forgive my arrogance. Despite this cage,” he said, gripping the bamboo bars, “this place is quite beautiful and I was struck by it. Are you hurt in some way?”

“I’m not fine,” the large black man said, standing to his full height and stretching. “I’ve got a cut in my side someone stitched up and these damn tattoos.”

Steven looked at the man’s arm as he pulled up his sleeve, the block numbers stretching from his wrist up to his elbow. If not for the scabs, he probably wouldn’t have been able to read them against the man’s dark skin. He felt his own right arm and the scabs there. Rebecca’s arm was the same and she struggled mildly as he checked her side for the same incision he and the others had.

“I have the same tattoos,” he told them, still gripping his wife as if she were the last anchor to his life before the cage.

“I’ll hazard that they aren’t the same tattoos,” the Mediterranean man said. “At least…not the same numbers.”

“A cage, numbers…what else could we be but prisoners?” the Mediterranean asked.

Steven remembered the tales of Auschwitz and the other German concentration camps he’d read about in high school and wondered if gas chambers were in his immediate future.

The two other people in the cage stirred, both young girls. The first, with long flowing blonde hair and teak-streaked grime masking what Steve was sure was a gorgeous face, pulled the hood from the other, a red-haired girl with milky white skin. The blonde clutched the redhead to her chest, rubbing her hair.

Steve knew it wasn’t, but there was no point in saying so. He’d tell his wife the same lie a thousand times over but it wouldn’t make it any truer.

“Are either of you hurt?” The Mediterranean asked.

“Fuck you,” the blonde spat back, her voice full of fear and despair.

“I’m sorry,” he replied. “I don’t mean to intrude, but as you see, we’re all in the same situation. We’re all prisoners here.”

The girl did not respond to the kind tone in his voice. “My name is John Hussein, and I am,” he said, looking at the numbers up his arm, “3456721. It is my pleasure to meet you, though I wish the circumstances were different.”

Middle Eastern, Steven thought, and not Mediterranean. He immediately suspected the man, a result of watching too many years of watching Fox News, then felt guilty about it.

The big man didn’t get to say anymore as the blonde rushed him, fear and despair replaced by anger and fury, as she pounded the big man’s chest with her fists. “It was you!” she raged. “You’re the one who brought us here!”

Darius didn’t flinch, didn’t retaliate, and looked shocked that the girl had even made the accusation in the first place. He stood there for a long while until the girl’s hits became slower…softer. “Ma’am, I don’t know what you’re talking about. I’ve never seen you before in my life.”

The Messiah of Stockholm by Cynthia Ozick
Blind Fire by James Rouch
Perfect Plot by Carolyn Keene
The Foul Mouth and the Cat Killing Coyotes (The King Henry Tapes) by Richard Raley
Mercenaries by Knight, Angela
On Grace by Susie Orman Schnall
The Billionaire's Bidding by Barbara Dunlop
Fated Love by Radclyffe
Monstrous Beauty by Marie Brennan
Like a House on Fire by Cate Kennedy