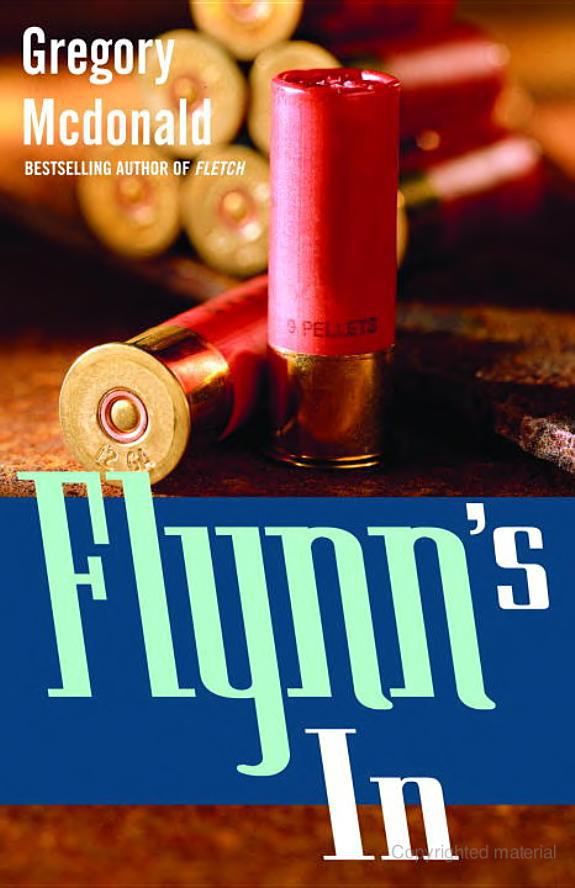 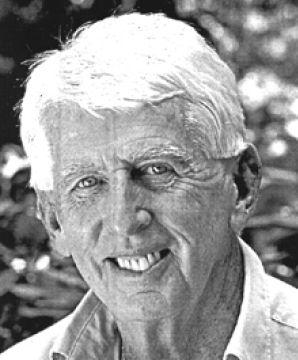 Gregory Mcdonald is the author of twenty-six books, including eleven
Fletch
novels and four
Flynn
mysteries. He has twice won the Mystery Writers of America’s prestigious Edgar Allen Poe Award for Best Mystery Novel, and was the first author to win for both a novel and its sequel. He lives in Tennessee.

Exits and Entrances
Merely Players
A World Too Wide

The Education of Gregory Mcdonald
(Souvenirs of a Blown World) 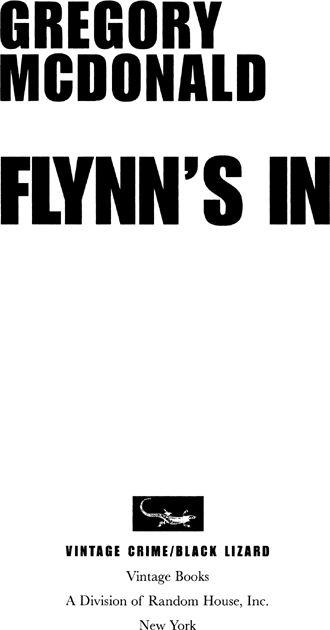 F
lynn answered the telephone saying, “I’ll tell him when he comes in.”

The upper corridor was lit only by the dim safety lights on the stairs leading down to the front hall.

“This is Eddy D’Esopo, Frank.”

“Is it, indeed?” Flynn’s hearing was so acute that having once heard a voice usually he could identify it immediately. “You don’t sound like yourself at all.”

“There’s been some trouble,” the Commissioner of Boston Police said.

“Not personal, I hope. Are you all right?”

“I don’t like getting you into this, Frank. I don’t know what else to do. The matter has to be investigated. Your prestige…I mean, you’ll be believed, no matter what you say.”

Flynn heard that none of his children was stirring.

“What time is it, anyway?” Flynn’s watch was on his bedside table.

“Quarter past two. Something has happened that shouldn’t have.”

“It will take some understanding on your part, Frank. Some discretion.” The Commissioner hesitated while Flynn discreetly said nothing. “Anyone else I can think of…Well, I’d hate to think how anyone else might use this situation. It could become a dog and pony show very easily.”

“Commissioner,” said Boston Police Inspector Francis Xavier Flynn, “if this conversation has a topic, don’t you think we both ought to know what it is?”

Flynn seldom raised his very soft voice. “What are you talking about, man?”

“I want you to come here. Where I am. Immediately. Do you have gas in your car?”

“You’ll need gas. Do you have a pencil and paper? The directions are sort of complicated.”

Flynn’s bare feet were getting cold. “Hold on,” he said. “I’ll go to a phone downstairs.”

On the kitchen floor, Flynn’s bare feet became even colder. “I have paper,” he said into the wall phone. On the other side of the paper was Elsbeth’s shopping list. He noticed broccoli was listed. “I have a pen. Where am I going?”

Slowly, deliberately, the Commissioner gave Flynn directions. At first Flynn would be on highways, then on byways distinguished by route numbers, then on roads he would have to navigate by noticing the occasional church steeple, gas station, silo, finally on what was described as a timber lane. Flynn filled the whole side of the piece of paper with directions.

“A bit outside my jurisdiction,” Flynn said. “Yours, too.”

“It’s outside the limits of the City of Boston,” Flynn said.

“It isn’t even in this state,” insisted Flynn.

“Good Lord, man, I have to ask: Do you know what you’re doing? Not all the decisions we make this hour of the night are the best.”

“Come alone. Tell no one where you’re going. Not even Elsbeth.”

“Commissioner, what are you getting me into?”

“You have experience, Frank, handling big matters. Affairs of state. I think you do. I mean, you didn’t come up through the ranks. You came to us from Washington, or Zurich, or someplace. You’ll know how to handle this.”

“Commissioner, at the moment I’m trying to handle this case of vehicular homicide that happened last night, this hit-and-run situation of the bicyclist on Tremont Street.”

“Sergeant Whelan can carry on for you, Frank. He’s a big boy now.”

“You can direct Sergeant Whelan by telephone, Frank. From here. You know you can.”

“Direct Grover! I can’t make Grover go in the right direction in an elevator in the basement!”

“I’ll phone headquarters in the morning and get your desk cleared for you.”

“Wednesday I’m supposed to testify at that trial of the man who rigged the furnace in his partner’s house to blow up. Nasty parcel he is.”

“Grover—I mean, Sergeant Whelan can testify for you. Your notes must be in your office.”

“With Grover testifying, the prosecutor will go to prison, the judge will go insane, and the defendant will go to Acapulco.”

What Flynn was not mentioning was that the next afternoon he was to try the Mozart piece
ensemble
with his children. They had been practicing it three weeks.

“I’ll be waiting up for you, Frank. Tell no one where you’re going.”

At the kitchen table, Flynn turned the piece of paper over and did his children a favor. He crossed broccoli off the shopping list.

He then hung up the kitchen phone, put the kettle on to boil, went upstairs, hung up that phone, and awoke his wife.

He told her everything the Commissioner said, including that he wasn’t to tell her. While he was dressing, she copied out the driving directions for him on another sheet of paper so she could keep her shopping list. She didn’t notice the list had been emended.

In the kitchen, while she was making a bacon sandwich for him to have with his tea, he telephoned his office in The Old Records Building on Craigie Lane and asked Detective Lieutenant Walter (Cocky) Concannon (Retired) if he’d like to join Flynn for a few days in the country.

Cocky said he thought that would be nice; he’d like very much to accompany Flynn.

“I’
m Flynn,” he said through the car window to the large man carrying a rifle and a flashlight.

As soon as the headlights of Flynn’s ancient Country Squire station wagon had made visible the tall chain-link fence across the lumber road, this bulky man had stepped out of the mist from a dark shed.

“What have we here?” Flynn had said to Cocky. “Not girls in long tresses bidding us welcome, I think.”

The guard had signaled Flynn to roll down his window.

He flashed his five-battery light at the two men in the car.

“You’re supposed to be alone,” the guard said.

In the very first light of dawn, minute drops of mist stood out on the guard’s rough lumber jacket. The jacket bulged over his right hip.

Keeping the beam of the flashlight inside the car but not in their faces, the guard asked, “Identifications?”

Flynn took his card from the Winthrop Public Library out of his wallet and handed it to the guard. Cocky handed over his Social Security card.

The guard looked at the two cards in his hand an uncommonly long time. “Francis Xavier Flynn,” he said. A drop of water from the man’s hat landed on Flynn’s library card. “Walter Concannon.”

“I’ll have to call the house.”

“Tell them to put on the tea water,” said Flynn. “I trust getting here hasn’t been half the fun.”

The guard lumbered toward the shed and entered it. A light went on in the shed.

Flynn looked at Cocky. “You’re not welcome,” he said.

He turned off the motor.

While reading counterfeiter Simon Lipton his rights, in the living room of Lipton’s home, preparatory to arresting him, Detective Lieutenant Walter Concannon had been shot in the spine by Simon Lipton’s nine-year-old son, Petey.

Simon Lipton was convicted of counterfeiting and imprisoned. Petey was sent to a diagnostic home for a month, and then released into the custody of his mother.

After months in the hospital, Detective Lieutenant Walter Concannon, permanently partially paralyzed on his left side, was retired, disabled, on half pay.

The Police Department threw away the contents with the wrappings.

At the retirement party, Flynn and Cocky discovered their mutual enthusiasm for chess.

The morning after the retirement party, while Flynn worked at his desk in his office in The Old Records Building on Craigie Lane, Cocky entered without knocking and without speaking. In his right hand he carried a hand-tooled chess set and board.

While Flynn watched wordlessly, Cocky cleared a side table by the unused fireplace, laid out the board and set out the chessmen.

A half hour later he returned with a tray in his right hand, with two mugs of tea on it. He placed one mug of tea on the white side of the chessboard, the other on the black side. He pushed two dusty chairs that were being stored in a corner of the office into place at the table, sat in one, and moved a white pawn.

He then sat back and looked at Flynn sitting with his back to the huge arched window.

The right side of Cocky’s face smiled.

Flynn assumed Cocky had given up whatever his domestic
arrangements were when he was retired and appropriated a closet or whatever in the tomb-like Old Records Building. (Only the front half of the first floor was used as a police station; the surrounding neighborhood generally had been abandoned by its residents. The rest of the building was used for Police Department storage, that is, as a bureaucracy’s wastebasket. The rear of the second floor was Flynn’s office, enjoying grand architectural dimensions and style but no housekeeping whatsoever.)

Flynn never asked Cocky if he had moved into the building. He knew Cocky had no family, except for an old cousin in Nahant. On half pay, Cocky could afford little. Flynn knew he was not the only one to sleep on the nine-foot leather couch in his office. Any time of the day or the night Flynn called his office, Cocky answered.

Besides answering the telephone, Cocky did what typing and filing obviously needed doing, slowly and laboriously (he had learned neither skill), pretty much limited to the use of his right hand. He made himself useful. He soon proved himself a wizard at research. Any question that Flynn asked the air Cocky had an answer to in a fraction of the time paid researchers would have spent, even using computers. Cocky researched questions no one thought of asking. And once on the trail of a fact, Cocky was as relentless as a hound under a full moon.