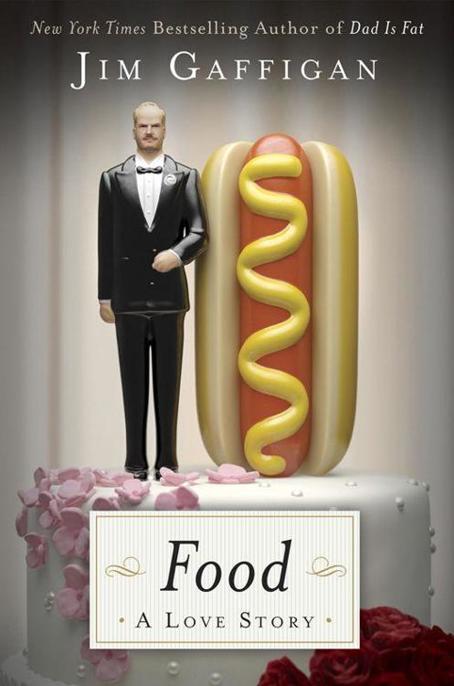 Published in the United States by Crown Archetype,
an imprint of the Crown Publishing Group,
a division of Random House LLC,
a Penguin Random House Company, New York.
www.crownpublishing.com

Crown Archetype and colophon is a registered trademark of Random House LLC. 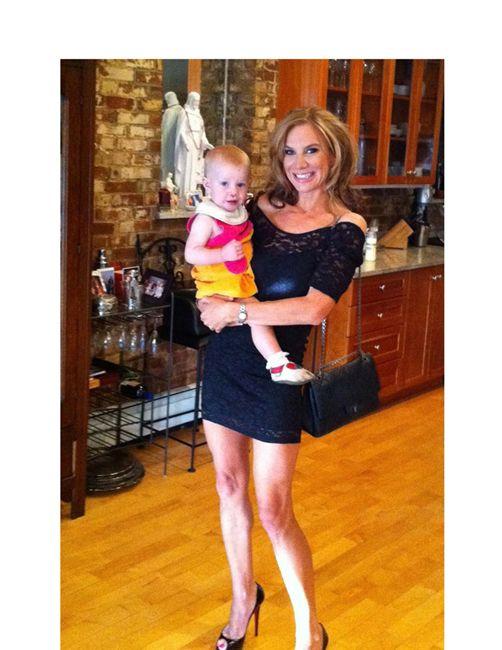 If you read
Dad Is Fat
, you know that I do everything with the help of my wife, Jeannie. She is my writing partner, eating buddy, and best friend. I would not be an author, father, successful comedian, or the man I am today without Jeannie. She was by my side while I struggled through writing this book, and she helped turn my incoherent blurbs into something readable and much funnier. This book would not be a book without Jeannie. Jeannie believed in me even before people were yelling “Hot Pocket” at the airport. She was the first person I convinced shellfish were bugs and bacon was candy. Making Jeannie laugh remains one of my greatest accomplishments.

An Eatie, Not a Foodie

Why Dad Is Fat

The Geography of American Food

At Least I Don’t Eat Blubber

Not the City in Italy

Bacon: The Candy of Meat

Corned Beef: There’s Something About Reuben

Hot Pockets: A Blessing and a Curse

I Need a Hero

Ketchup: King of the Condiments

Airports: My Home Away from Home

Breakfast: A Reason to Get Out of Bed

The Bagel: My Everything

Doughnuts: The Circle of Life

The Celebration of Food 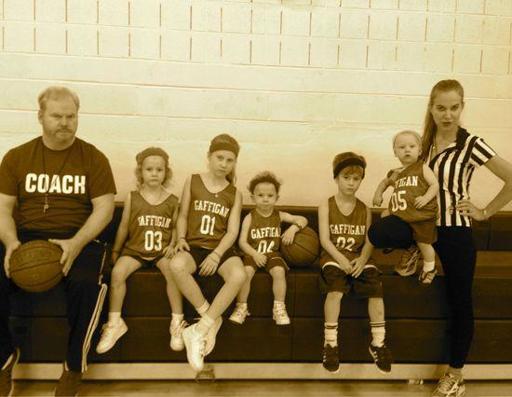 Here’s me and my basketball team.

Anyway, I was approached about the possibility of writing another book. I thought long and hard. I knew if I did a second book, I wanted it to be as good or even better than
Dad Is Fat
. (I know, impossible, right?) I didn’t want only to be known as the really good-looking guy who wrote one terrific book. So, like a good author, I spent some time reflecting while I rewatched all six seasons of
Lost
on Netflix. I then thought about who I am and what I know. Then I had a breakthrough. In the comedy world, what was I known for? What was my comedy associated with? Obviously I’m known for and associated with … you guessed it … being good-looking. But what else did my comedy say about me? Boom. I was a good-looking comedian who talked about food. This, of course, led to a brilliant idea. What if I wrote a book that was edible? I pitched it to my publishers, who were so trapped in the old publishing model that they got caught up in how bookstores don’t have refrigerators, how to deal with digital delivery, and a bunch of other book-nerd stuff. Whatever! It was at that point that I decided to do the next logical thing. I ate a ham sandwich. Then I decided to write a book about food.

What are my qualifications to write this book? None, really. So why should you read it? Here’s why: I’m a little fat. Okay, to some I might not be considered
that
fat, but the point is, I’m not thin. If a thin guy were to write about a love of food and eating, I’d highly recommend that you do not read his book. I’m not talking about someone who is merely in good shape. I’m talking thin. Skinny. I wouldn’t trust them skinnies with food advice. First of all, how do you know they really feel passionately about food? Well, obviously they are not passionate enough to overdo it. That’s not very passionate. Anyway, I’m overweight.

I’ll admit it. I consciously try not to take food advice from thin people. I know this may not be fair, but when Mario Batali talks, I always think,
Well, this is a guy who knows what he’s talking about.
He actually has experience eating food. This is why some sportscasters
wonder
what’s going on in a player’s head during a tense moment in a game, but the sportscaster who was once a player
knows
what’s going on in a player’s head. When I talk about food, I like to think
I’m like one of those sportscasters who used to play professionally. I’m like the Ray Lewis or Terry Bradshaw of eating. I’m like the Tony Siragusa of eating. Well, that’s a little redundant.

When a thin person announces, “Here’s a great taco place,” I kind of shut down a little. How do they know it’s so great? From
smelling
the tacos? If they only ate one taco, the taco could not have been that great. Or maybe it
was
great, but the thin person cared more about the calories than the taste: “I had to stop at one taco. I’m on a diet.” A taco that won’t force you to break your diet just can’t be that great. Fat people know the consequences of eating, but if the food is good enough, they just don’t care. Overweight people have chosen food over appearance. When a fat person talks about a great place to get a burger, I lean in.
They know.