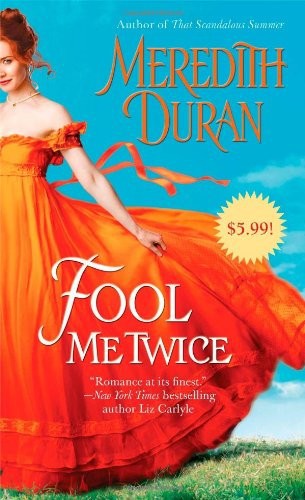 “A sophisticated, witty, smart novel that, like a Mary Balogh romance, compels the reader to look deeper and uncover great depth as well as grand passion. Duran’s characters . . . give readers a better understanding of humanity and the power of love.”

“So adorable and witty. . . . I am fascinated and enthralled by Duran’s voice.”

“A powerful story with emotional punch. . . . Her prose is a joy to read.”

A
Romantic Times
nominee for Most Innovative Romance of 2012

A LADY’S LESSON IN SCANDAL

“Compelling, exciting, sensual . . . a nonstop read everyone will savor.”

“Charming and deliciously sensual from beginning to end.”

“Sexy, inventive, and riveting, it’s hard to put down and a joy to read.”

WRITTEN ON YOUR SKIN

“Everything a great historical romance should be.”

BOUND BY YOUR TOUCH

THE DUKE OF SHADOWS

“Evocative and enticing . . . a luscious delight.”

“Without a doubt the best historical romance I have read this year.”

Thank you for downloading this Pocket Books eBook. 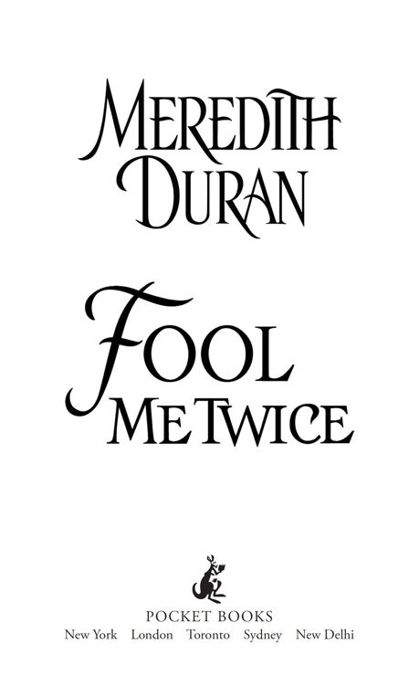 For Matt, as long as we both shall live.

I am infinitely indebted to Janine Ballard and S. J. Kincaid for enthusiasm, encouragement, and understanding at all times of the day and night. Thanks also to the ladies and gentlemen at Pocket Books, especially Lauren McKenna, editor/muse; Elana Cohen, who writes the most charming emails the Internet has ever hosted; Faren Bachelis, eagle-eyed copy editor; and the marvelously talented art department. Finally, my immense gratitude to Caroline Guindon for her expert guidance in French (any mistakes are
definitely
my own), and to Ronroe, Katherine, my wonderful parents, Rob and Betsey, and the Birnholz-Farrell clan for always understanding when I say, “I can’t go/come/stay—I have to write.”

Olivia drew up before the scene of her next crime. Was it her imagination, or did the townhouse
loom
? All the other mansions on this street looked polite and elegant, neatly confining themselves within rows of trimmed hedges. This house, on the other hand, sprawled. She spied a gargoyle lurking above one cornice, glowering at her. Of course the Duke of Marwick would have a gargoyle carved into his house!

She crossed her arms and glowered back. She was a thief now, wasn’t she? No matter that, for all her twenty-five years, she had prayed before bedtime and gasped at curses. Now she was a criminal. Criminals should not fear anything—not even the Duke of Marwick, tyrant extraordinaire.

Brave thoughts. But her stomach was jumping like she’d eaten spoiled food.

She pivoted away, pacing to the hedges that marked the next lot.
God in heaven.
Was this the kind of woman
she wanted to be? She’d told herself she had no choice, but that was a lie. One always had a choice. She could run again, flee to France, or even farther . . .

The autumn breeze carried a child’s laugh to her ears. In the park at the center of the square, a little boy was playing chase with a puppy. He ran in circles, shrieking with delight as the spaniel nipped his heels. Was he all alone?

Her concern faded when she spotted the couple watching from the shade of the elm trees. They were not a nanny and footman, as one typically saw supervising the young heirs of Mayfair, but a married couple, the husband fair and slim, with an elegant gold watch pinned to his lapel. The wife, plump and pink cheeked, hugged his arm as she smiled at her son.

A knot rose in Olivia’s throat. If she walked away now, it would never be safe to make a home. She would always be alone. Always running.

Strictly
speaking, theft and fraud were immoral. But her cause was just, and her prospective victim, a bully. Marwick deserved a taste of his own medicine. She would not feel guilty!

She nudged her spectacles up her nose and marched back to the duke’s townhouse. The brass knocker felt slippery in her hand. The advertisement was a week old; the maid’s position might have been filled already. All her agonizing would be for nothing.

The door opened. A young brunette set her shoulder against the doorjamb and looked up at Olivia. “Oo-oo. Tall as a man, ain’t you? Come about the position, I expect.”

It had taken several days for Olivia to persuade Amanda to write the reference. But in a second, she saw
that she might as well have forged it herself. Nobody was going to check its authenticity, not when they had
this
creature answering the door. “Yes,” she said. “The maid’s—”

“Welcome to the madhouse, then. Me name’s Polly.” The girl waved Olivia into the chill of the lobby, a cavernous space tiled in checkerboard marble. “It’s Jones you’ll want to see. He’s in the butler’s pantry. Don’t ask what he does there; nobody can say.”

Olivia followed the girl past what looked to be the scene of a fight, remnants of a shattered vase strewn along the wall. Or perhaps only neglect was to blame, for the Grecian urn by the stairs held masses of withered roses, and the air smelled sour, as though somebody had laid down vinegar for cleaning and forgotten to mop it up again.

A madhouse, indeed. It was the master who had gone mad first, Olivia guessed. Her former employer, Elizabeth Chudderley (from whom she had
stolen
), had called the Duke of Marwick a bully and a tyrant, for his ruthless opposition of Elizabeth’s marriage to his brother. But this house suggested he was less exacting of his servants than of his family. How bizarre!

A bully,
she reminded herself. Marwick was a boor, a monster. Cheating him would be criminal, but not unforgivable—unlike her theft from Elizabeth.

“So you’ll have heard about our duke,” Polly said as they stepped into the servants’ passage.

For a stupid moment, Olivia thought the girl had read her mind. And then she gathered her wits. “Of course. The Duke of Marwick has done so many wonderful—”

Polly’s snort spared Olivia the distasteful task of
praising him. “You don’t know the half of it.” And as they descended the stairs, she commenced a chattering monologue, full of sordid details that supplied the larger picture.

The housekeeper had quit nine days ago, after an episode in which the duke had thrown a shoe at her. Since then, half the maids had fled. Oh, the pay was still good, but you couldn’t expect a lunatic to live long, could you? To be sure, he was only thirty-five. But the duke had not left the house in ten months. If that wasn’t lunacy, what was?

“It’s been grand fun,” Polly concluded as they emerged into the servants’ gallery. “Like being paid to see a stage show!”

“Indeed.” Olivia felt slightly sick. Thanks to the letters she had stolen from Elizabeth, she knew far more of the situation than she should. She even knew why Marwick was deranged.