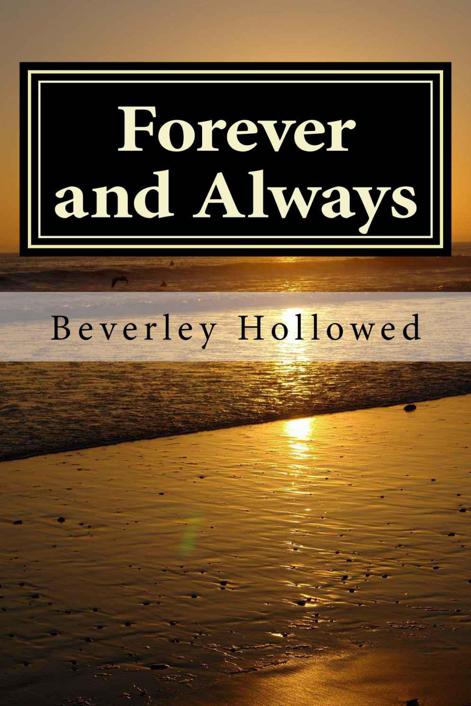 To my husband, my best friend and the love of my life Brian, Thank you for believing in me and giving me the courage to chase the dream. Thank you for your help and your patience. I will love you
Forever
and Always.

To my beautiful boys, Aaron and Anthony.
Hope you are as proud of me as I am of you both. You make my world a happier, brighter place. I love you both all t
he way around the world and back.

To my Mam, Dad and Uncle
Tony.

Thanks for believing in
me
.

Love you all so much.

To all my family and friends, thanks for all the support

the
book
for me when it was still
a mess
.

When Melanie O’Leary agreed to spend the three months of her summer holidays with her Mom’s best friend Maggie in Boston, she should have been over the moon like any girl her age would have been. Her friends were all so jealous and ranted and raved about how amazing it was going to be. About all the hot American boys she was going to meet and all the amazing parties she would go to.

However, Melanie was anything but happy. She hadn’t wanted to spend her summer in Boston. She didn’t want to meet lots of hot American boys and go to amazing parties. She wanted to stay in her own home, with her Mom and her dog Jethro, a 6 year old black lab that Melanie adored. She wanted to stay with her two best friends, Katie and Lucy, spending the summer like they always did every year since they were 6 years old. With sleepovers and camping out in Katie and Lucy’s back garden, as Melanie and her Mom lived in a 4th floor apartment she had no garden for camping out in but that didn’t really matter.

But most of all she had wanted to spend her summer with Mike, her boyfriend she had been dating for almost four months. Mike Keenan was 19, two years older than Melanie. He had just finished his first year in DCU studying Athletic therapy and training. Mike was gorgeous. He was 6
,2
”, blonde spiky hair and almond shaped chocolate eyes. Melanie was completely and utterly mad about him. But it was with Mike that all the problems started.

Melanie didn’t have the conventional upbringing. She hadn’t been raised in the usual two parent household. Her Mom and Dad broke up when she was just six months old. Sarah Kelly and Alex O’Leary lived next door to each other and were always together. They had been best friends since they were kids.  Sarah had been dating some guy from her year in school. They were supposed to be going to Sarah’s Debs. However the day before the Debs was on. Sarah caught the guy having sex with another girl in his car.

Sarah was devastated and ran all the way home crying. When she got to the house, there was no one home. Sarah was an only child and both her parents worked. She ran up to her room and threw herself on the bed and sobbed. She hadn’t heard Alex calling her name, nor had she heard him coming up the stairs or tapping on her door.  He had seen her come home upset and came to see if she was ok.

When Sarah felt Alex’s hand on her back she jumped with a fright but once she realised it was Alex she threw her arms around his neck and sobbed harder. Alex held her close to him and gently rubbed her back telling her everything would be just fine. Then he softly kissed her on her forehead and there was a spark. Sarah looked up into Alex eyes and for a moment neither of them spoke. Then Sarah softly kissed Alex on the lips. Alex pulled back for a moment surprised by what she had done. But then suddenly, he returned her kiss, wrapping his arms around her. That was the day they both lost their virginity. As they lay there side by side afterwards, sweating and breathing hard Alex told Sarah he would take her to her Debs and she felt happy.

The night of the debs they had so much fun until Alex kissed Sarah again. Something was missing. They didn’t seem to have that same spark. They walked down to the beach beside the hotel where the ball was on and talked to each other for hours. They agreed that the night before had been a special one off and that they would just stay friends. Sarah said she was glad however that it was Alex she got to share her first time with and that it would always be special.

And they returned to how things were. Until five weeks later Sarah called Alex sobbing and asked him to call over. He came straight over to her house. She was sitting in the living room alone and although her eyes were red from crying, she was as pale as a ghost. Alex sat down next to her and took her hand. But she couldn’t even look him in the eye.

“What’s wrong Sarah” he asked her softly. She didn’t reply. Instead she handed him the white stick she was holding in her othe
r hand.  Alex looked down and his
eyes flew open wide. It was a pregnancy test and it was positive.

Both their parents freaked out. Alex’s mother taking the news the
worst,
sat sobbing in the armchair like someone had died. She insisted that the baby be given up for adoption as soon as it arrived. But Alex stood his ground holding Sarah’s hand saying that he loved Sarah and they were going to raise the baby together. Sarah looked up at Alex and smiled but her smile didn’t quite reach her eyes and Alex’s heart sank. He knew Sarah loved him as much as he loved her but they weren’t in love with each other. But he was determined to try. Alex withdrew his application to Trinity to study law and went to work for his Dad’s building company instead. Alex’s Mom was then insisting that they got married straight away but it was Sarah’s dad who intervened.

He knew that wasn’t what Sarah had wanted. He said that it wasn’t the 1950’s anymore. It was the 80’s and they had a right to do things at their own pace.

When Melanie was born it was the first time Sarah had seen Alex truly happy since she told him she was pregnant. She could see how much he loved Melanie. It was unconditional. And it was at
that
moment she knew he would never look at her like he looked at their daughter. That night when everyone left and she was alone in the little room with Melanie, she got into her bed and curled into a ball and cried herself to sleep.

Sarah and Alex tried to make it work. Alex saved hard for the deposit for a house for them.  He was wanted them to get married as well. He was full of plans and was trying his hardest to make Sarah happy. And Sarah tried to be happy. She tried to be what everyone expected her to be. But inside she was miserable and she knew she was making Alex miserable too.

Finally when Melanie was about six months old Sarah finally found the courage to tell Alex how she truly felt.

She told him she loved him and always would. That he was her best friend and that would never change. But that she didn’t think they should be together. They both deserved to be happy and that together they would never be truly happy. She told him she wanted someone’s face to light up when they looked at her, just the way his did when he saw Melanie.  She promised he would always be a big part of Melanie’s life and that she would never stop him seeing her.  But she thought they both deserved more.

Alex sunk onto the chair, burying his face in his hands and cried. But they were tears of relief. He felt the exact same but had been too scared to tell Sarah in case she wouldn’t let him see Melanie anymore. They held each other and cried and promised they would be the best parents in the world to their little girl.

And they were. Alex had been brilliant to both Sarah and Melanie. There was nothing he wouldn’t give either of them or do for them.  They did everything together when it came to Melanie. Growing up Melanie was such a happy little girl and she adored her parents but she always had a special place in her heart for her Daddy.

But when Melanie was eleven Alex met Grace. Sarah was so pleased for Alex to have finally met someone that made him happy. However Melanie was less the thrilled. She hated Grace immediately. She refused to go to visit Alex for her weekend visits because Grace would drop by. Sarah tried everything to get through to Melanie. But she wouldn’t budge.

Alex was heartbroken. He told Sarah that he didn’t have a choice and would have to end things with Grace because he couldn’t lose Melanie.

Sarah freaked out. She knew Alex truly loved Grace and that she would make him so happy. She begged him not to do anything stupid until she talked to Melanie again.

“I am not going” Melanie has screamed through her door. It was Friday and she was due to go spend the weekend With Alex.

“Melanie, please!” Sarah begged, her head pressed against the bedroom door in sheer frustration. Alex was due at any time and Sarah had just spent the last 40 minutes trying to get her daughter to open the door.

“No” Melanie wailed. “I am not going over there. She will be there and I hate her”.

“Mel please,
open
the door” Sarah pleaded. “It’s fine if you don’t want to go. But I want to see you are ok”.

For a moment there was silence. Then the click of the key being turned and Melanie appeared at the door. Her two eyes puffy and red, her
face
blotchy and covered in tears. Sarah wrapped her arms around her daughter and pulled her tightly to her.

Sarah led Melanie back into her room and they both sat on the bed. Melanie put her head in her Mom’s lap and sobbed. Sarah sat and stroked Melanie’s hair and said nothing. She knew her daughter would talk when she was ready.

“Why does he have to love her?” Melanie finally asked sadly. “Why can’t he love us and live here and we can be a proper family. Everything was going just fine till that stupid bitch came along. She has changed everything?”

“Melanie that’s not fair” Sarah replied, choosing to ignore her daughters bad language. “Grace hasn’t changed anything. Your Dad loves you more than anything and nothing will ever change that. But Mel your Dad and I are never going to be together like that. Alex is my best friend in the world but we just don’t love each other in that way”.

Amelia Anne Is Dead and Gone by Kat Rosenfield
The Fall of the Asante Empire by Robert B. Edgerton
Naughty by J.A. Konrath, Ann Voss Peterson, Jack Kilborn
Echoes From a Distant Land by Frank Coates
Valentine by Tom Savage
Belle Prater's Boy by Ruth White
Sweet Submission: Jenny and Max Complete Series Plus Bonus Short Story by Greenwood, Eden
The Rabbi and The Rebbetzin by Shlomo Wexler
An Appetite for Violets by Martine Bailey
7 Days and 7 Nights by Wendy Wax