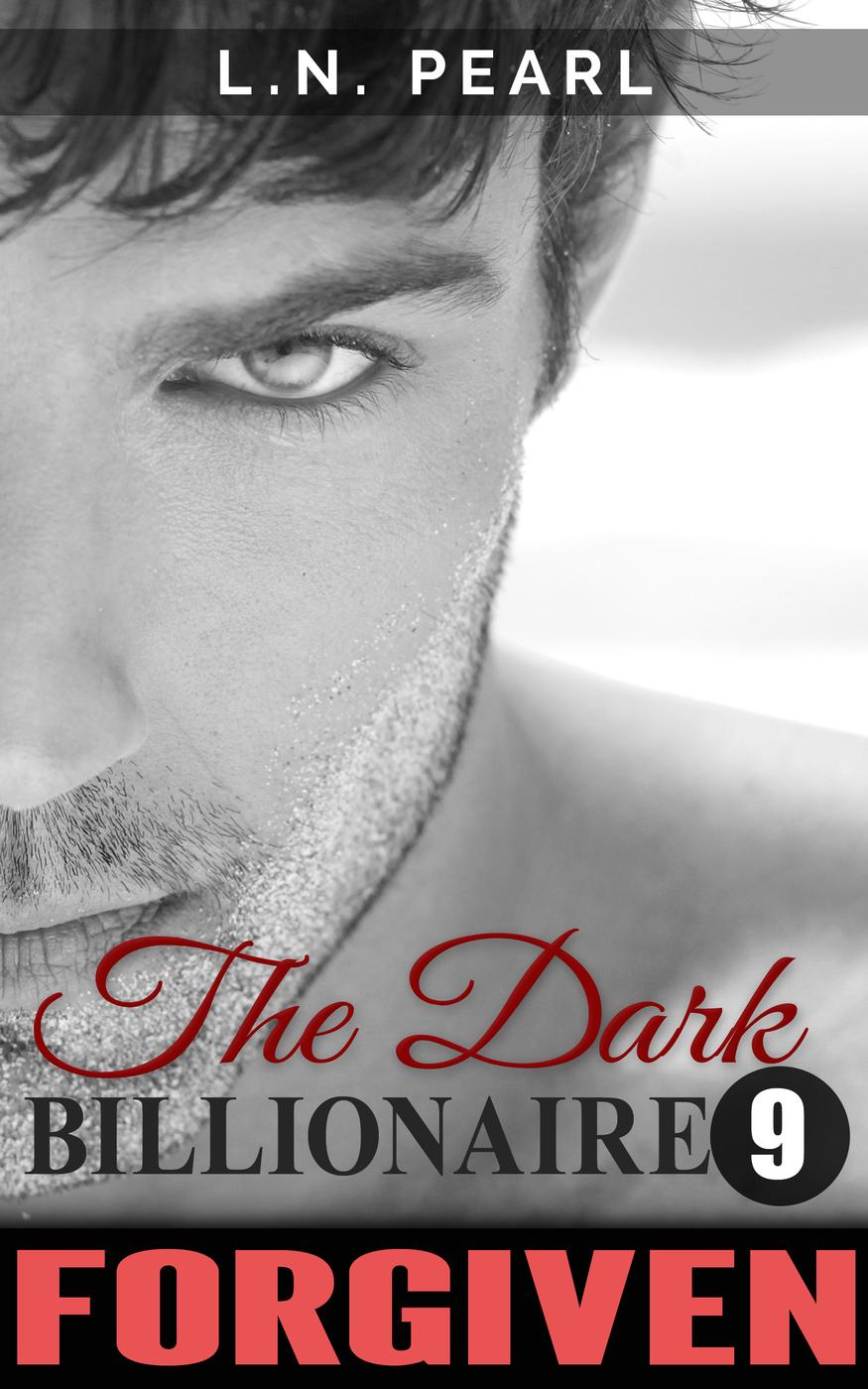 By the same author:

The Kiss of the Don 1 - Bad Boy Billionaire Series (FREE)

The Kiss of the Don 2 - Bad Boy Billionaire Series

The Kiss of the Don 3 - Bad Boy Billionaire Series

No part of this publication may be replicated, redistributed, or given away in any form without the prior written consent of the author/publisher or the terms relayed to you herein.

Jennifer closed her eyes and felt like she was floating on a cloud. She felt drunk and dizzy, even though it wasn’t from the champagne. She was naturally high and extremely relaxed, unaware of her environment. Nothing mattered. Was it a dream?

She felt the warmth of someone’s breath on the side of her neck. Bruce, she thought. She was sensitive and could feel her skin getting electrified, goose-bumps running through her entire body. An intense pleasure started to grow in her stomach. It was soft, warm and... wet. Wet? She paused and wondered what was going on.

She tried her best to get back to reality and slowly, reluctantly opened one eye, then the next. She saw Bruce next to her and immediately felt relieved. He was there to protect her. Nothing could go wrong. But the growing heat in her gut didn’t stop. Now that she was half awake, she realized that the source of this strange pleasure wasn’t her stomach: it was coming from her vagina. She looked at Bruce. He was on her side and his face looked peaceful.

Jennifer suddenly realized that her knees were in the air. What? Bruce seemed calm and relaxed. Was he making love to her right now? But something was wrong. His position was wrong. From what she could see, he couldn’t be inside of her, yet the friction inside her walls was there, strong, deep and unstoppable. What is a dream?

He didn’t move. His eyes were closed and he moaned.

Jennifer arched her back and rolled her eyes. Oooh... it felt so good. But why? She looked down and finally understood: Jeanne was between her legs, pounding her with the silicone cock around her waist. Jennifer looked to the right and saw Bruce’s cock, nicely lubricated. Jeanne was stroking him luxuriously. Her hand was strong and elegant, her nail polish shining with the lubricant. Bruce was still moaning. Now it made sense.

Apparently, Bruce wanted to turn the heat up. He grabbed a towel and an ice cube, and cleaned his cock. Then he sat up and brought his cock to Jen’s face. She grabbed the solid base of his dick, felt his dangling and heavy balls against her collar bones, and licked the slit of his swollen shaft. She swallowed his pre-cum and kept licking the rim of his huge head. Bruce was jerking and panting above her. His eyes were closed and his lips parted in an irresistible expression of pleasure.

Jennifer decided to use her free hand to grab his ass cheek. It was round, strong and thick. She loved Bruce’s ass. His skin was soft and delicate, but his glutes were rock hard. Her fingers slowly reached for his puckered hole and she gently rubbed it. She observed his reaction: so far, so good. Bruce wasn’t surprised and seemed to appreciate.

Out of nowhere, Jennifer felt a cold liquid between her fingers. That’s when she saw Jeanne, squeezing a tube of lubricant behind Bruce’s ass. Jennifer winked at the French lady and generously covered her husband’s anus with lub. Bruce licked his lips and moaned. Jennifer was still licking him while caressing his tight hole.

She teased him for another ten minutes. Jeanne was penetrating Jen and it was hard to concentrate. But it was so good. It was so intense that Jen quickly felt that spark inside her gut, that indicator that she was about to climax. An orgasm was on its way. Jeanne seemed to read her body language perfectly and she accelerated. She rammed her with the long silicone cock and Jennifer screamed. Oh my God, she thought. It was so, so good. It was so different, so exciting and so crazy. Jennifer couldn’t believe it. Was it really happening? It certainly looked like a dream.

Jennifer paused for a minute and felt Bruce caressing her hair and her cheeks.

“Oh God, I’m the happiest woman alive,” Jen said. She did mean it.

“I asked Jeanne to give you a little extra round while you were asleep. Was it a good idea?”

Jennifer smiled and giggled. She felt shy and aroused. Yes, it was an excellent idea and she couldn’t have asked for more. She simply nodded and fluttered her lashes seductively. She looked at Bruce straight in the eyes and gently took his hard cock between her teeth. She bit him without being cruel, but with enough intensity to make him grunt of pleasure.

She felt Jeanne pulling the silicone cock out of her burning pussy. Jeanne came next to Jennifer and softly kissed her forehead. She was surprisingly sweet and caring. It was disturbing. Jennifer couldn’t say no; she couldn’t push her away and be rude.

Jennifer didn’t need to be told a second time. She swallowed Bruce’s entire length until her head touched his six-pack. At the same time, she introduced her index finger into his anus; just one knuckle.

Bruce opened his eyes and looked between Jen and Jeanne. “Fuck, yeah...”

Jennifer sucked him and boldly pushed her finger deeper and deeper. It felt tight, warm and wet inside. It was incredibly hot and a big turn on. Jennifer’s crotch was soaking wet and aching.

Jeanne caressed Bruce’s ass and kissed his flat stomach. She was very respectful and didn’t interfere too much. She provided enough stimulation without invading their private space, and Jennifer could really appreciate that. It was Jen and Bruce’s moment and Jeanne knew how to keep her distance.

Jennifer stared at her, fascinated. She hadn’t seen her the first time she had done it because she had been busy kissing Bruce. But now, she was just a few inches away from her and it was beautiful. Sucking Bruce was one of Jen’s favorite pleasures in life, but she had never actually seen Bruce being sucked. She had always been part of the action but had never seen the action itself.

However, it was clear by looking at the expression in his eyes that Bruce had more in his mind. There was no doubt for Jennifer that he was thinking about sleeping with Jeanne, right now. For a split second, the idea became vivid in Jen’s head; she actually saw Bruce penetrating Jeanne, and quickly pushed the disturbing vision out of her mind.

Jen felt confused. Her mind had pushed the idea away but her body had not. She had felt it: a powerful and intense burning sensation inside her belly, violent butterflies of excitement when the vision had appeared. No, she thought. She couldn’t believe it. It was... too much.

She focused on Jeanne’s lips; they were full and generous, constantly in contact with Bruce’s cock. She never disconnected with his skin whether she was burying his dick deep in her throat and just sucking the tip of his head. Bruce’s penis was shining in the dark, covered by his sperm and saliva.

Jennifer sucked and licked the side of his penis, and Jeanne imitated her. They were both rubbing their lips on the side of Bruce’s thick cock. They had to open their mouths wide to cover his thickness, and their lips almost touched.

Jennifer stared at Jeanne in the eyes. They were facing each other, sweating and panting. The only thing that separated them was the veiny member they were sucking. Jennifer could hear and feel her breath. Jeanne raised her hand and caressed Jen’s hair. She closed her eyes and kept rubbing her lips against Bruce’s cock. Jennifer understood the message. She closed her eyes as well and just enjoyed the moment.

To Jen’s surprise, Bruce became hard again. He was unstoppable. He had just cummed and was ready to roll one more time. Amazing. Jennifer and Jeanne looked at him and smiled with their eyes. He looked between them with intensity. He wasn’t smiling. He narrowed his eyes and frowned. He was incredibly hot and sexy, Jennifer thought. Dark and dominating. He wasn’t going to apologize for being an alpha and Jennifer loved it. She didn’t want him to stop. She wanted him to be the dominant male she knew he was deep inside.

Things got steamy again quite quickly. Jennifer gobbled Bruce’s balls and Jeanne sucked him balls deep. Then, they switched and switched again.

“Jesus, you’re amazing,” Bruce said. His torso was shiny with sweat and he was flexing his abs, thrusting his pelvis forward. He was getting into it and joined the flow. The three of them were in perfect harmony.

Suddenly, Bruce pulled away and grabbed Jennifer’s ankles. He raised her legs in the air and exposed her naked ass. Her pussy was dripping wet, filled with creamy white juices. Bruce stroked his cock, rubbed it against her clit and without warning, penetrated her in one strong and deep thrust. Jennifer screamed and planted her nails in his back. She actually scratched so hard that Bruce was bleeding, but it was the pain of pleasure.