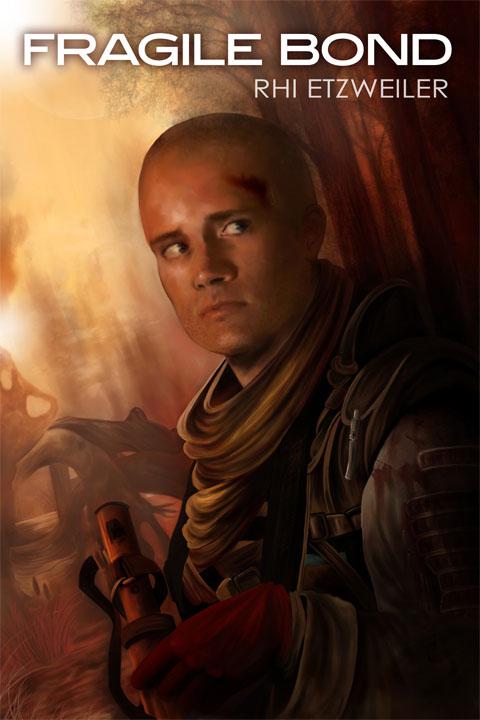 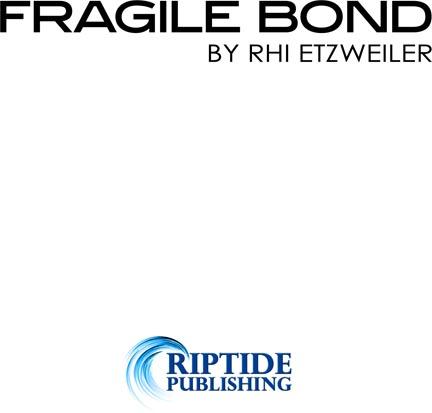 This is a work of fiction. Names, characters, places, and incidents are either the product of the author’s imagination or are used fictitiously. Any resemblance to actual persons living or dead, business establishments, events, or locales is entirely coincidental.

All rights reserved. No part of this book may be reproduced or transmitted in any form or by any means, electronic or mechanical, including photocopying, recording, or by any information storage and retrieval system without the written permission of the publisher, and where permitted by law. Reviewers may quote brief passages in a review. To request permission and all other inquiries, contact Riptide Publishing at the mailing address above, at
Riptidepublishing.com
, or at
[email protected]
.

Sniper Sergeant Marc Staille and his trusty rifle, Mat, are on bodyguard duty at a mining operation on a backwater planet. The resource-rich valley is crawling with tawnies, the native dirt-colored predators. Huge things that hunt in packs and kill as well with tooth and claw as Marc ever has with Mat.

The rules change when a tawny uses an unexpected weapon: pheromones.

Commander Hamm Orsonna, leader of the fefa clan, is determined to chase off the invading aliens. The one he sets out to capture for intel is scrawny and hairless, not very intimidating—until it takes out his entire squad. Seasoned warriors, felled from halfway down the valley by its metal death stick.

Their sacrifice may be worth it, though. The alien male smells like he’s interested in making things right. He smells of other things too, but nobody else seems to notice. Before long, Hamm finds himself fighting off his own kind to defend the alien, who might be his people’s only hope for peace, and Hamm’s only chance for happiness.

For those who still seek

that home to sink their roots deep—

Though the tripod steadying Mat’s barrel helped, the rifle felt heavier than an elephant in Marc’s arms.

Sweep up the valley and secure the pass for the advancing battalion. That was the game plan, at least. He hadn’t had contact with any of his fellow forward scouts in close to a day.

But he hadn’t seen them, either.

This was the most boring job in the fucking universe.

He inhaled a hit of nicotine from the small vaporizer in his chest pocket, not so much out of need but as a means of passing time. The air here was thin and weak; the device delivered nicotine along with moisture and a thousand other little things the lungs and body needed to function properly. Gravity a little on the dense side, but nothing he’d not trained and prepped for.

In some ways, Horace Deuce-Niner was no worse than a rough day back on Mother. Except for the grit.

The wind picked up, shifting. Not strong, but enough to whisk the moisture off his sweat-damp cheek. He reached down, pinching dirt between his fingers to toss into the air. Watched how the wind grabbed it, the direction it scattered.

Ghastly dust. Even in the green zone, lush with life and a far cry from the arid stretches of rolling bare dunes, the grit was everywhere. A fine sheen of dust covered every inch of him and his kit. Even the scope bolted to Mat’s barrel, except where he touched the knobs to make fine adjustments to the focus. His canteen, sealed tight, was full of water tainted with sand.

Half the desert of this gods-forsaken planet had taken up residence in his gut in lieu of actual bacteria. Where the hell was the battalion, anyway? Had they stopped for a picnic? How long did it take to travel fifteen or twenty miles?

He shifted his weight, clenching and relaxing muscles one by one to ease the burgeoning ache of stiffness and cramps. Then scanned along the ridgeline again. Then the valley floor. It was a great roost, the best he’d found in two weeks’ time. Unobstructed view, line of sight almost the full length of the valley.

The first glimpse of a tawny something caught his eye on the northern ridgeline a third of the way down toward the valley floor.

He froze, every muscle tensing. Trapped air in his lungs to steady Mat as he waited for whatever he’d seen to reappear. Praying he’d been wrong.

The breeze gusted, rustling the canopy of trees behind him. Blowing fine grit in his face. He licked his lips, tasted the mineral tang of dirt, and tweaked the focus another millimeter.

Marc tracked the tango, sliding the safety off with a flick. A max-range shot for his modified M110. Right about now, his trigger finger itched for the fifty-caliber one of his fellow scouts had bitched about humping around. And never mind how loud the fucker was. The fifty-cal, not the scout.

But he knew his rifle well, how to eke the most out of what Mat had to give.
Mutilate All Tangos.

When the tango shifted back into sight, the shape of forehead, cheekbone, and temple was unmistakable and definitely not one of his fellow scouts.

He squeezed the trigger, watched the tawny shape disappear in a pink mist.

“Oh yeah, Mat. Just like that. I knew you liked it dirty.”

Silent death. Only a whisper from the subsonic-glide rounds, nothing that would be audible at impact range—Mat wasn’t the type to kiss and tell. It would take at least two more—if the tawny wasn’t alone—for them to triangulate his roost.

If they even could. Preliminary scans of this planet had come back clean. No colonization, no civilized indigenes. Assets free for the grabbing, if they could hold off the hungry predators. Apparently the scent of easy meat was universal. Horace Deuce-Niner was a volatile and hostile environment despite its generous saturation of raw materials.

The predators hunted in packs, with highly developed attack skills. As a forward scout, those coordinated tactics were ones he’d studied in depth during his formative training and education. The tawnies were certainly the largest predators he’d come across in some time, though.

He watched carefully, easing the scope over the vicinity to scan for other tangos. It took a few minutes to locate them. He and Mat took out a second and third solitary in quick succession. Had to remind himself to breathe, slow and even to keep the scope steady, as he tracked along the ridgeline. Had the battalion been overrun? Were his fellow scouts dead?

Intermix Nation by M.P. Attardo
Voodoo Moon by Gorman, Ed
The Hammer of God by Tom Avitabile
Brethren: An Epic Adventure of the Knights Templar by Robyn Young
America's Galactic Foreign Legion - Book 4: Demilitarized Zone by Walter Knight
I Had to Say Something by Mike Jones
Blood Donors by Steve Tasane
Fillet of Murder by Linda Reilly
The Imaginary Girlfriend by John Irving
Mr Destiny by Candy Halliday