Read Geoducks Are for Lovers Online 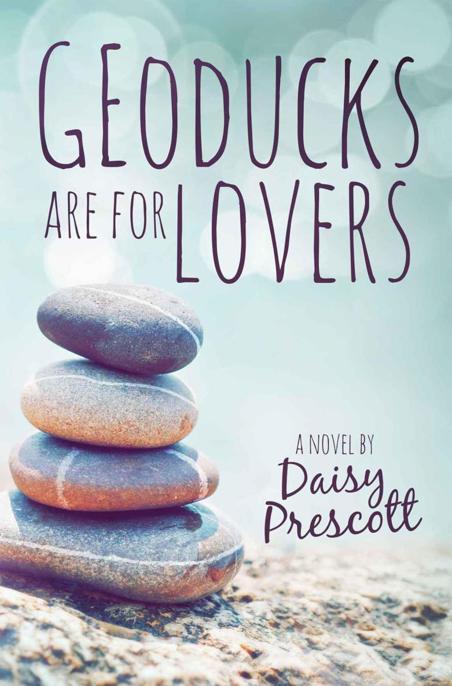 All rights reserved. No part of this book may be reproduced or transmitted in any form without written permission from the publisher, except by a reviewer who may quote brief passages for review purposes.

The author acknowledges the trademarked status and trademark owners of various products referenced in this work of fiction, which have been used without permission. The publication/ use of these trademarks is not authorized, associated with, or sponsored by the trademark owners.

It is never too late to be what you might have been. 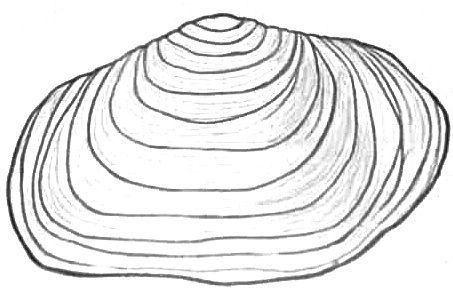 Stop by the farmers’ market and pick up the weekly produce box.

Make the beds in the guest rooms.

Locate some fresh caught salmon and make a couscous salad.

Check that Bessie has gas.

As Maggie takes the shortcut through the woods she makes a mental list of everything she needs to get done today. The cool shadows of the trees are a nice break from the strong August sun. Her dog, Biscuit, dashes ahead of her after spotting a squirrel on the trail. He’s an island dog through and through and loves when she cuts into the woods on their daily runs almost as much as he likes getting squirted by the clams on the tidal flat. Speaking of biscuits, Maggie makes an additional mental note:

The trees end, and she rejoins the main road. It’s another perfect summer day with a cloudless sky. Turning for home, Maggie sprints down the hill to her beach cabin. It still feels strange to call it hers even after over a year of owning it outright. So much has changed over the past few years. Yet the road beneath her feet, and the view over the bay and beyond Double Bluff to the Olympic Mountains, is the same from her childhood summers.

Coffee in hand, Maggie sits at the table on her deck facing the water. A cargo ship heads north toward Admiralty Inlet and out to the Pacific Ocean. Beyond the stray piles of sun-bleached driftwood and rock-strewn beach at the foot of the stairs, the tidal flat that gives Useless Bay its name lays exposed with the ebb tide. Shallow streams and deeper pools create continents of wet sand extending for nearly a mile out to the receding water.

With her long hair pulled into a messy bun after her shower and wearing her favorite black shorts with her ancient Evergreen geoduck T-shirt, she copies down her mental to-do list to prepare for her house guests. Biscuit romps on the lawn with Babe, the yellow Lab from next door. They appear to be in a tug o’war with a piece of driftwood and Biscuit is losing.

Maggie hears a voice call out and glances up from her laptop to see her neighbor, John, waving at her from the steps. He’s holding a large freezer bag.

“Please tell me that is some freshly-caught salmon. You’ll save me a trip to the store or having to thaw some of my frozen stash.”

“It is indeed. Caught a King earlier this morning,” he says, laying the bag with a large piece of gorgeous salmon on the table.

“You are the best. Can you put it in the fridge for me? And as a reward, there’s coffee in the pot if you want some.”

“Sounds like a fair deal. Need a refill?” John brings her cup inside.

John rents the house next door from his uncle. Their homes sit in a row of four similar modern, weathered cedar-shingled cabins on Sunlight Beach. Most of the original, more modest houses along this stretch have been razed and replaced with larger summer homes for tech elite and other wealthy Seattle weekenders.

There are worse things in the world than being a single woman of a certain age and having sweet eye candy next door who can also dispose of giant spiders and mice, and provide free crabs. Over the last several years, the two have settled into a regular routine of coffee and walks on the beach when their schedules allow. Quinn nicknamed him Paul Bunyan because of his ‘lumberjack good looks,’ as he calls them. Tall, with dark hair and matching beard, John does resemble the legendary lumberjack. A dog named Babe and his ever present plaid shirt only add to the similarity.

“So no walk with the dogs this morning?” he asks when he returns with their coffees.

“Sorry. Can’t. Got up and took Biscuit for a run already. Must run errands, write an article, and get ready for Quinn’s arrival tomorrow.”

“Babe will be disappointed. I wondered why you were showered and dressed. Normally when I stop by this time of day, you’re still in your pajamas. Nice T-shirt, by the way. Geoducks are for lovers, huh?” He winks at her.

Their easy-going friendship is one of the things she loves most about living on the beach year round. John’s lived on the island his whole life, but moved down to the beach three years ago, right before Maggie came back. Winters are quiet and still. It’s nice to have someone to play Scrabble with when the power goes out from the latest winter storm.

“Hey now, don’t diss my alma mater. You know I’m a writer. Pajamas are practically a required uniform—along with yoga pants and fleece. Admit it, you love catching me wearing my PJs just so you can tease me.”

John laughs. “You are fun to tease. Your feistiness is one of your best traits. But speaking of yoga pants, the new wife in the compound at the end of the road was doing yoga again in the smallest shorts ever seen. I’m pretty sure they’d be underwear for anyone else.” He sits down at the table.

“Ooh, did she catch you gawking at her?” She pokes his arm.

“Nope. Was wearing my shades.” He doesn’t deny the ogling.

“You better behave. I heard the husband is a big deal lawyer in Seattle. We don’t need you being the scandal of the week.”

John has a habit of flirting with the summer wives, although he doesn’t go further. He’s certainly better looking than most of the husbands—and a decade or two younger. Their wives love the attention from the hot local guys and probably think it comes as part of the island lifestyle package that accompanies their enormous “cabin” on the sand.

“Ha!” Maggie knows about John’s little crush on her. Being ten years older than John isn’t what holds her back from encouraging his pursuits. No, it’s more to do with her feelings about ruining their friendship for some hanky-panky. Things would be awkward if they fooled around and didn’t work out. She knows how getting physical with a friend can change everything, and frowns at the thought of repeating history.

“College gang coming up this weekend?” he asks

Her mood lifts when she thinks of seeing her old friends again and she nods. “They are. I’m excited. It’s been a while since we’ve been together.” Thoughts of her friends distract her for a moment. “Picking up Quinn tomorrow. The rest arrive Thursday.”

“Is the gorgeous Selah part of the gang?” He looks a little sheepish asking about her sexy friend right after declaring his fidelity to her.

“So much for only having eyes for me. Yes, Selah drives up from Portland tomorrow. I think she’s bringing a date, though, so you might not get the chance to flirt with her again.”

“Flirt? Me?” He attempts to act insulted.

“Yes, you. You are the king of flirts. Certainly of this beach if not all of south Whidbey, but you’ve met your match in Selah.”

“I need a crown, then. And a T-shirt.” He finishes the last of his coffee, his eyes brightening with mirth.

“I’ll start right on that,” she says, laughing. “But before that, I must finish up this writing business and get going.” While she loves her morning coffee and walk ritual with John, he tends to linger if he isn’t working.

“Need any help before the invasion?”

“Oh, thanks for reminding me. Actually, there is something you can do for me. We want to have a beach fire Friday night and maybe Saturday. Can you get me some wood? And don’t make a lewd comment about your wood.”

“You’re no fun. Yes, I’ve got firewood. I’ll drop it on the beach for you on Friday morning, since I’m off island tomorrow and Thursday for some meetings. I might set the traps if I get up early enough to take the boat out Friday. You want crabs if I pull any?”

“Do I want crabs? What kind of silly question is that? Of course. Dungeness is my lobster.”

He furrows his brow. “Wouldn’t lobster be your lobster?”

“I meant for most people lobster is the ultimate shellfish, but for me, Dungeness crab is the best, especially fresh caught and free.”

“Gotcha. I’ll stop by Friday morning with wood and crabs.” He snorts at his own joke.

Maggie rolls her eyes at him. “If you come over early enough, you might be able to see both Selah and me in our jammies.”

She watches his backside as he walks the short distance between their houses, stepping between her overgrown flowerbeds that serve as a property line of sorts.

Biting her thumbnail, she wonders if maybe she should be brave and give in to his flirtations. It
has
been a while… for a lot more than sex.

Data Mining by Mehmed Kantardzic
Sophie's Encore by Nicky Wells
Ride Out The Storm by John Harris
Bones of the Buried by David Roberts
New Dawn (Wandering Engineer) by Hechtl, Chris
Blissfully Taken (Blissful, #4) by Red Phoenix
Where I'd Like to Be by Frances O'Roark Dowell
Ella (Twisted Tales) by Kimber Sharpe
Gorgeous by Rachel Vail
Once Bitten, Twice Shy by Wood, C.C.