Getting Lucky (A Nugget Romance Book 5) 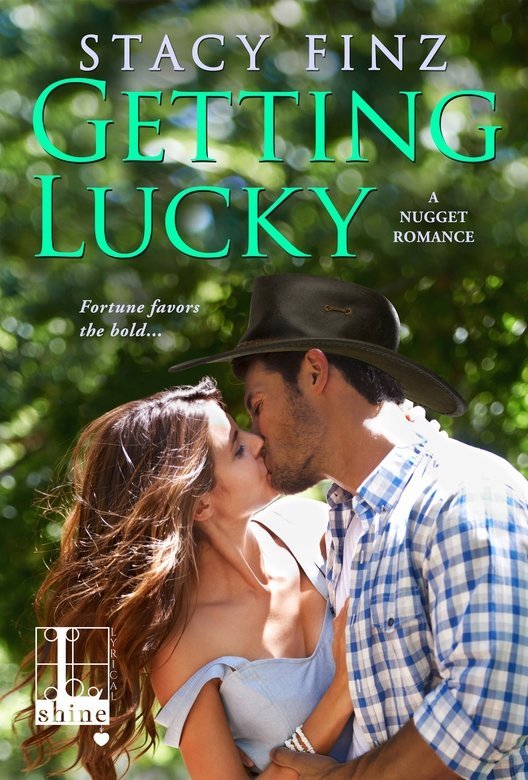 GETTING LUCKY
When they finished eating, Tawny cleared their plates and loaded them into the dishwasher. “Want coffee?” she asked.
“Sure.” Truth was he wanted an excuse to hang out.
While she prepared the coffeemaker, he got up and moved behind her.
“I have store-bought cookies for dessert if you’re interest—”
Before she could say more, he spun her around and boxed her in against the counter. “This is what I’m interested in.” Then he laid his lips on her mouth and kissed her.
Slow at first. But when she kissed him back, he moved over her with the urgency of a man who had been dreaming about this for weeks. Raiding her mouth with his tongue. She tasted so good, like red wine and heaven. And the way she clung to him made him so hard he feared he’d burst the seams in his fly. So he pressed into her more, hoping for sweet relief. His hands inched under her sweater, finding soft skin.
She pulled at his shirt, untucking it from his waist, and laid her hands against his bare abs, making him hiss in a breath.
Never once did she stop kissing him . . .
Books by Stacy Finz
GOING HOME
FINDING HOPE
SECOND CHANCES
STARTING OVER
GETTING LUCKY
Published by Kensington Publishing Corporation
Getting Lucky
Stacy Finz