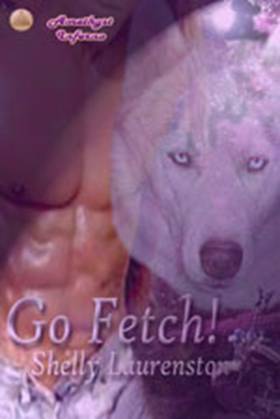 PUBLISHER’S NOTE: This is a work of fiction. Names, characters places, and incidents are the product of the author’s imagination. Any resemblance to persons living or dead, business establishments, events or locales is entirely coincidental.

To my Editor, Gail, who was brave enough to give a first-time writer a chance. She proves that the
Valkyries
still ride.

To Maggie R. With just a few helpful tips, a raving psychopath was turned into a beloved spitfire and for that I am grateful. Thanks, Sissy!

He sniffed the air again. He knew that smell
dammit
. He knew it from somewhere and it was going to drive him crazy until he remembered where. He kept moving, tracking the scent through the forest, as the rave went on in the clearing behind him.

He tore through the trees. The branches ripping at his fur. Then the scent shifted. He stopped and spun. He sniffed the air again and moved. This time he overshot, and they came out of the dark, attacking him from behind. He felt teeth sink into his flank. He snarled and turned, knocking them off before they could get a firm hold. One of his Pack mates and a full-blood joined him, but by the time the wolves turned, they were gone. His Pack mate spun in circles trying to see where they went. What they looked like. And who the hell they were.

They weren’t Pride. They weren’t wolf. And they sure as hell weren’t human. Whatever they were, they didn’t belong. They were out of their territory. He just wished he could remember where he’d smelled that scent before. He had no idea what had attacked him. But they were gone now. Their scent lingering, but still unknown.

Conall
headed back to where he left his clothes. He’d protected the Pack, now he was ready to get back and enjoy the rave. He realized that, although his Pack mate had gone off to check the area more fully, the full-blood was following him. He let him. He didn’t fear him. The full-bloods let them into their territory because they knew they were there to protect a woman. His Alpha’s mate. Sara.

Full-blood wolves howled and the full-blood with him stopped to join in.
Conall
let the sound wash over him. He loved that sound. More than anything. He stopped in his tracks and without thought, leaned his head back and released a howl that blended in with the howls of the two hybrid Packs at the rave. He realized that this was something that didn’t happen every day. Three Packs howling as one. Sara deserved it, though. The female kicked major ass.

Another scent hit him. A scent that he’d been coming to love lately. If she let him, he would roll in it all day. He headed toward that wonderful scent, happy to realize that she was near his clothes.

He silently moved toward her. She was sitting on a rock, reading an oversized paperback book. She was squinting, forced to use the moonlight and the light from the rave to illuminate whatever she read.

Up to this point, he hadn’t been able to dedicate any real time to his pursuit of her. He was too busy trying to protect his Pack. The few times he’d approached her, she’d been less than receptive. But now that they’d wiped out the
Withell
Pride, his time was his own. At least for the moment. So he could give her his full attention. Besides, she looked hot. And for once she was on her own.

He padded up to her, her scent pulling on him like a leash. He was so close to her that his nose was just inches from her neck.

Like a flash her upper body twisted, a good-sized hunting knife in her hand. He shifted and blocked her arm with his. Good thing, too. She could have cut his throat from ear to ear with that thing.

“That’s fascinating, but if you don’t put some clothes on I’m going to have to start chopping at things that are protruding.” And he knew she would.

“My clothes are over there.”

She lowered her arm and slipped the blade back into the sheath at her side.
Conall
had no doubt she knew how to use that knife. He’d seen her in action. She was an amazing hunter. For a human.

And an even more brilliant piece of ass.

Conall
walked over to the pile of clothes he’d left by a tree and put them on as Miki went out of her way not to look at him. He’d seen the woman blow the head off a Pride female with a single rifle shot from a moving vehicle, but his cock seemed to unravel her.
Weird girl
.

He figured he’d have to say something since she was going out of her way not to speak to him. “I’m
Conall
…” he began.

“We already had this conversation.”

“…
Víga-Feilan
,” he finished. Just like that, she cut him off. That was new. Women never cut him off before. They didn’t necessarily find him fascinating but they faked it real well. At least until they got laid.

But his last name did seem to interest her, even though she didn’t look away from her book. “
Víga-Feilan
?”

People always said his last name back to him. Like an echo. It was an odd name and one he wouldn’t change for the world. “Isn’t that Viking?”

He stared at her, his Harley T-shirt in his hands. “How the hell did you know that?” True. It was actually a Norse byname. But Viking was close enough. No one ever knew that.
Ever
. Miki was the first to call it right. Christ he wanted her.

“There are these fascinating places with books in them. They’re called libraries. When you’re not chasing your tail or balancing a ball on your nose, you should think about going to one.”

He watched the sly smile she had on those gorgeous lips and he grinned. Oh, yeah. He liked her more and more every second. A girl this mean would definitely be one hell of a wild ride.

Miki glanced up at his silence and raised an eyebrow at his smile. “You know, when you’ve got folks out there howling and sniffing my ass, I’d say it’s kind of dumb to stand around staring at me. I might snap at any moment.”

Christ, he loved her voice. Kind of low and husky, with that sweet Texas accent. It played right across his nerve endings. And he
had
sniffed her ass, but only once. “That sounds promising.”

She sighed and went back to her book.

He finished getting into his clothes and then sat down in the dirt to pull his black Harley-Davidson boots on.

“What are you reading?” He didn’t really care. He just wanted to hear her say something else.

That did peak his interest. “Really?”

“Yeah. Will it be necessary for Zach and Sara to have sex in front of you?”

Conall’s
head snapped up at her sudden and scary change of topic. She stared straight at him and he realized that she was serious. “What? No!”

“Are you sure? Because according to this, the Alphas are the only ones who can mate and they have to do it in front of the Pack.”

“But you run around in a Pack. So don’t you do other Pack-like things?”

“Well…uh…I…that is, we…”
Conall
shook his head. “They will not be having sex in front of us. And trust me, we can all have sex.”

Her eyes narrowed. “I see.” She went back to her book.

Conall
finished lacing up one boot and moved to the other. “So, Miki what do you…?”

“…do?” He blinked. He’d never gotten dismissed so easily. And this girl was dismissing him all over the place. His annoyance peeked out, his voice heavy with sarcasm. “You’re reading at a rave? You really know how to party,
don’tcha
?”

Without even looking up from her book, she gave him the finger.

Man, she is so mean
. He was glad he had his jeans on. He was hard as a rock.

With his laces finished, he sat back and watched her. He marveled at how beautiful she was. Soft light brown skin, the cutest dimples known to man, curly black hair framing that gorgeous face and the tightest ass he’d ever seen.

She seemed to sense him watching her again. She looked at him. And glared. “What now?”

“Just looking at you.”

He blinked. What the hell kind of question was that? “What?”

Okay. Cute wasn’t working with this one. He’d have to try something else. He was desperate. They were leaving the next day, and he wanted his last night in this dinky town spent between those thighs.

“You know, if you left the rave because you’re nervous, I can take you home.” Get her home. Get her settled. Get her wet. Then get her in bed. Yeah, that worked as a plan.

She turned to stare at him, her eyes shrewdly looking him over. “Is that a fact?”

Conall
gave one of his patented innocent shrugs. He’d worked long and hard on being the big, non-threatening guy. The guy women turned to for safety. No one ever knew that just below his flesh, he had chained one of the most dangerous wolves known to the Norse gods. A wolf descended from Loki himself. A wolf that was always fighting to let itself out. But
Conall
fought just as hard not to be like the rest of his family. So he’d chained the wolf. Almost like some people chain dogs to a spike in their backyard. He’d chained it and left it there. It only came out during the hunt or during a battle. But when he was human, it stayed chained and locked safely away where it could do no harm. A few bad experiences had already shown him that there was no female, human or wolf, who could handle the deadly wolf he had buried inside. No female brave enough to face that part of him.

She stared at him for a full minute before she burst out laughing. “You are so full of shit!”

Conall
frowned and felt his body tense. “Excuse me?”

“You heard me. You think I buy into this innocent act of yours? ‘Oh, sweet
Conall
. He’s just a big ‘
ol
teddy bear.’ ” She shook her head, “Teddy bear my ass.”

Conall
was shocked. For the first time in a long time, a woman had shocked him. “You’re serious?”

“Dead serious.” She marked the page in her book with a leaf, stood up, and walked to him. She tilted her head back so that she could see him clearly. “I’ve known you less than a week and I already see you,
Conall
. And you’re nobody’s teddy bear. I don’t care what line of crap you try and sell everybody else.” She studied him closely and he couldn’t stop looking into those brown eyes of hers. She still had a bruise from where one of the Pride males had slugged her when she tried to protect Sara. He’d snapped that fucker’s neck himself.