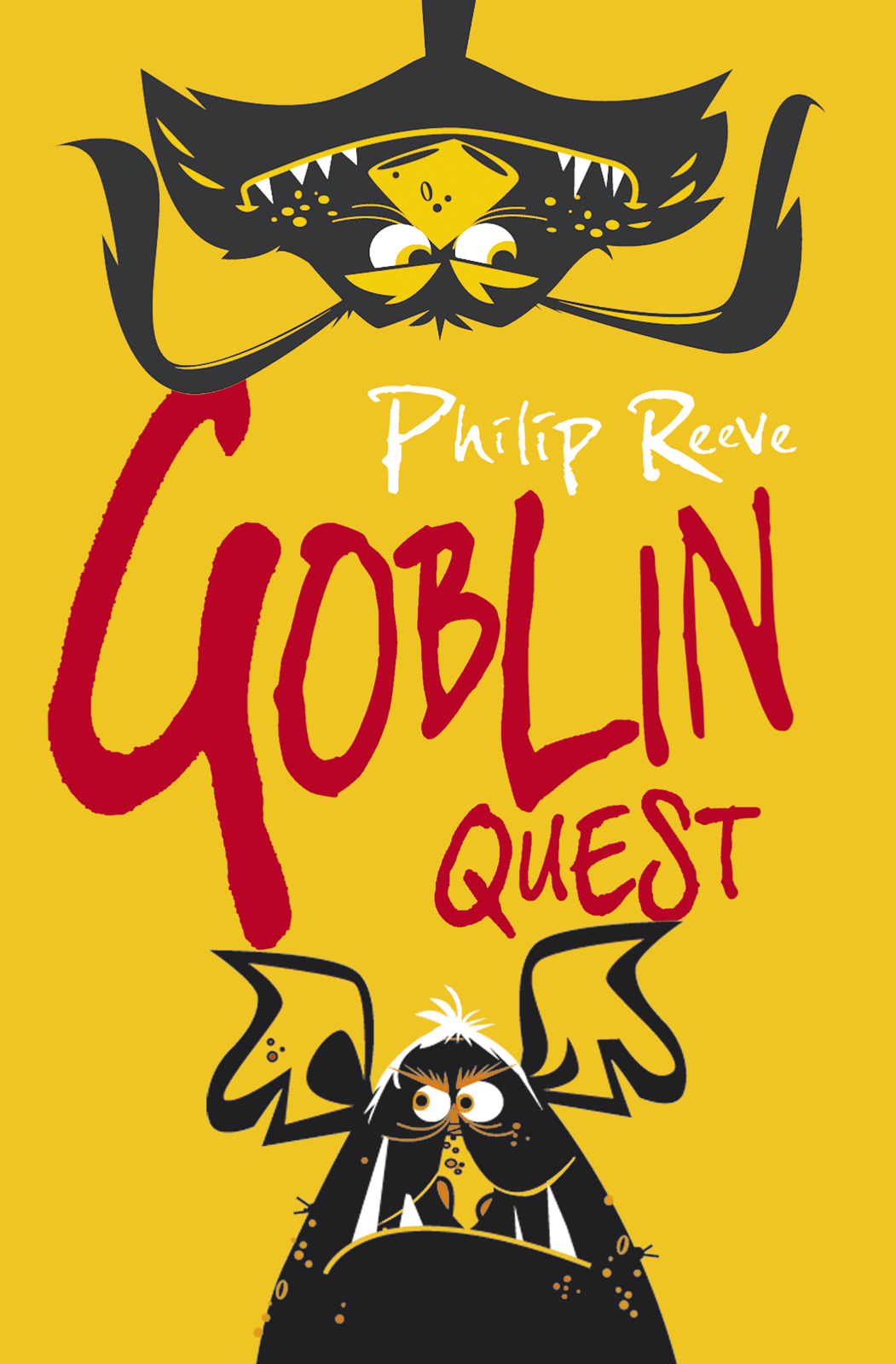 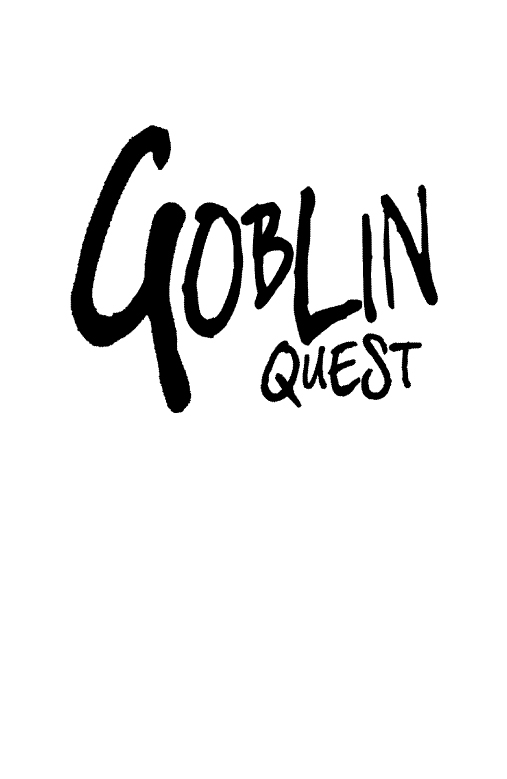 Philip Reeve was born in Brighton and worked in a bookshop for many years before becoming a bestselling author and illustrator. His debut novel, MORTAL ENGINES, the first in an epic series, was published to great acclaim around the world. He has won the CILIP Carnegie Medal, the Smarties Gold Award, the Guardian Children's Fiction Prize and the Blue Peter Book of the Year. He lives with his wife and son on Dartmoor, where the wildest places are probably full of boglins, dampdrakes and other mysterious creatures.

A Web of Air

No Such Thing As Dragons

In the BUSTER BAYLISS series:

Night of the Living Veg

Day of the Hamster 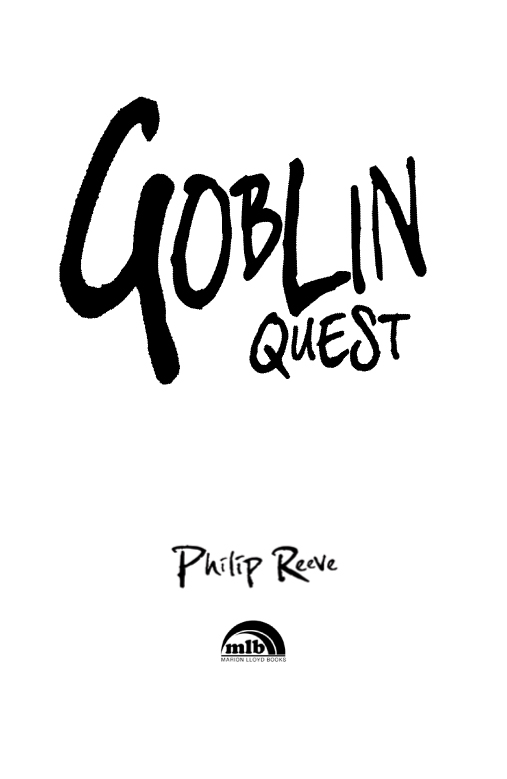 For SAM, with luv an 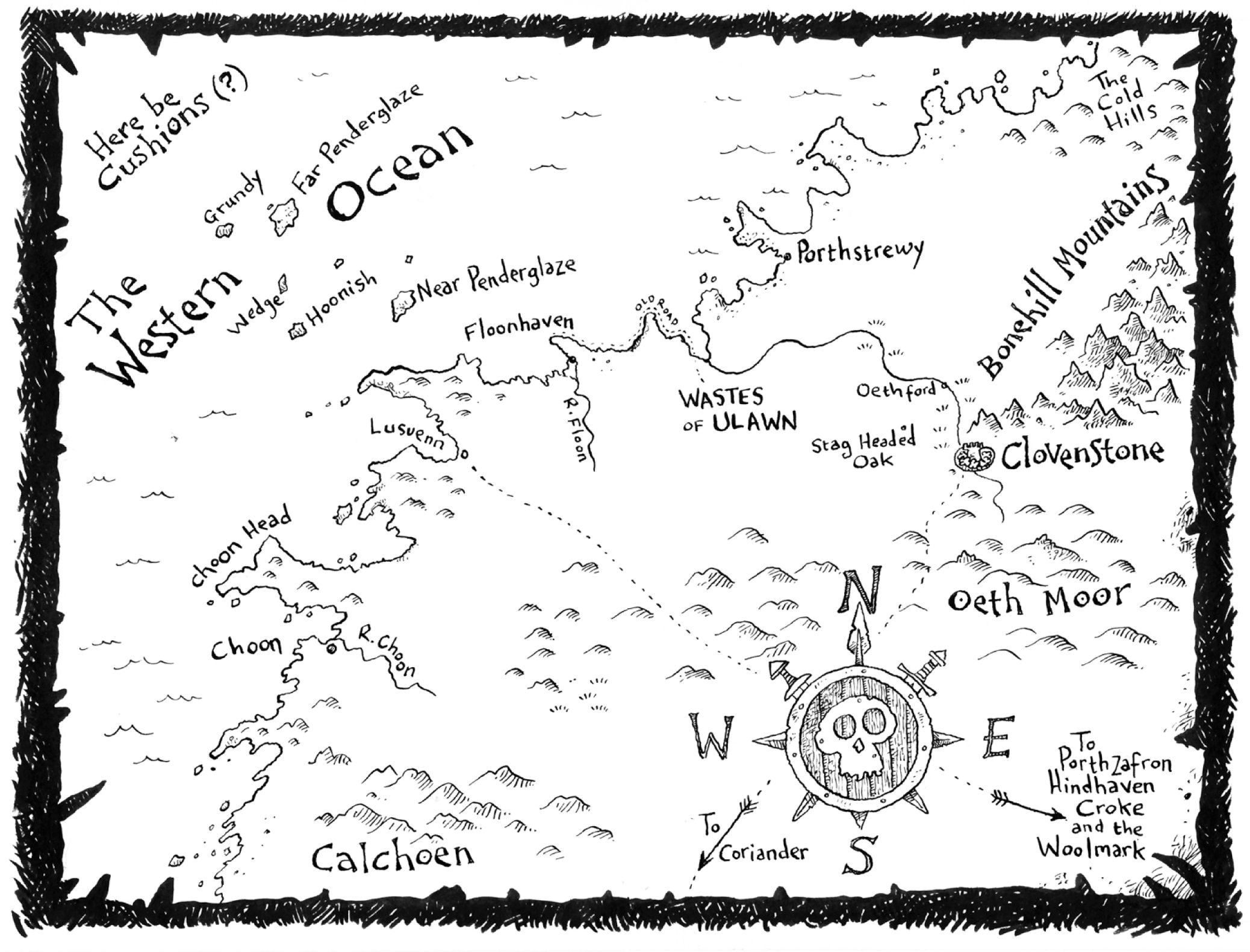 Â Â Â
About the Author

Â Â 1
A Visitor Drops In

Â Â 4
The Legend of the Drowned Land

Â Â 6
A Robbery is Planned

Â Â 9
Echoes of the Elvenhorn

14
Giants in the Earth

16
The Pebble and the Worm

29
Fire on the Nibbled Coast

The sound that echoed across Clovenstone that morning was one which Skarper had often heard before. In fact, it was one that he had often
made
before, usually when he was being chased by something, or falling from a great height towards Certain Death. But nothing was chasing him today, and he was not falling from anywhere. He was just ambling about in the sunshine, looking for mushrooms.

Summer had come to Clovenstone at last, after a long, hard winter and a cold spring. The snow that had shrouded the ruins of the old fortress-city for so long had finally melted, although it still lingered on the lofty summits of the Bonehill Mountains which loomed beyond the eastern wall. Woken by sunbeams poking into his nest up in Blackspike Tower, Skarper had remembered suddenly how much he liked fried mushrooms for his breakfast, and he had come scampering down from the Inner Wall to this flattish, grassy part of Clovenstone to see if any had pushed their heads up through the earth there.

He had found some, too. They were the fat, yellowish-white puffballs which the goblins of Clovenstone called urth grobbits. These were Skarper's favourites, and he had just stuffed his pockets with them and was turning for home when he heard that strange new noise.

It seemed to be growing louder.

Skarper looked around, but there was nothing to see. Only the grass moved, blowing in the spaces between the crumbling, ancient buildings.

Skarper looked up. What was that, right in the very top of the sky? That black speck, hard to make out in the dazzling sunshine, especially to goblin eyes which preferred the dark. Was it an insect? Was it a bird? It seemed to have two flailing arms, and two frantically kicking legs. It seemed to be a manâ¦

He started to run one way, then changed his mind and ran the other. That was a bad decision. With a massive THWUMP the man landed on him.

The goblin name for human beings was “softlings”, but it turned out they didn't feel very soft when they were being dropped on you. Skarper would have been squashed flat if the bit of Clovenstone he happened to be standing in had not been so soft and boggy. As it was, he was driven deep down into the oozy moss.

“What about me?” asked Skarper in a squashed and bitter voice from somewhere underneath him. “What about myâ¦ What about
all
of me?”

The softling had not realized until then that the hard, lumpy thing he had landed on was a goblin. With a cry of, “Ow, my knee!” he sprang up and drew his sword.

“Unhand me, foul goblin!” he shouted.

Skarper climbed out of the Skarper-shaped crater he had made in the wet ground. “My hands are nowhere near you, and anyway, they're called paws,” he said. He looked ruefully at his tail. It already had one kink in it where it had been broken and set badly: now it would have two more. “Who do you think you are, anyway?” he asked. “Dropping on people like that. What's your game?”

“I am Prince Rhind of the Woolmark,” said the softling, drawing himself up tall and proud and sticking out his chin as if he thought Skarper should have heard of him and ought to be impressed. He was a handsome sort of softling, Skarper supposed, though slightly on the chubby side. He had a pinkish face and sandy-coloured hair. Underneath all the mud he was very expensively dressed, in richly embroidered felt clothes and a shining coat of fish-scale mail.

“As for what brings me here,” Prince Rhind went on, “that is a long and fascinating taleâ¦” But before he could get any further a plump white cloud dropped out of the sky and started to whizz about at head height.

It was not really the cloud that had said “yoohoo” of course (that would be silly). It was the cloud maidens, the wispy, vaporous young sky-spirits who sat on top of it, looking worriedly at Prince Rhind.

“Are you all right, sweet prince?” they twittered. “When we said that you would see Clovenstone if you leaned over the edge, we did not mean for you to lean quite that far over!”

“Be of good cheer, sweet maidens of the skies,” said the prince. “I am unharmed. Happily, this goblin broke my fall.”

“It wasn't happy from where I was standing,” said Skarper. “What did you bring him here for?” But the cloud maidens just sniffed and looked snootily the other way. They didn't like goblins.

“I have come seeking the fell fortress of Clovenstone,” announced Prince Rhind, “where I have heard tell there resides a treasure which will be of aid to me in my perilous quest. These good maidens were kind enough to offer me a lift.”

“Well, this is Clovenstone all right,” said Skarper. “It isn't really a fell fortress any more though.”

“No, indeedâ¦” Prince Rhind looked about him at the ruins. His handsome young face was a little downcast. The cloud maidens drifted overhead giggling and showering him with tiny heart-shaped hailstones inscribed with messages like “BE MINE” and “DREAMBOAT”.

“Oh, they're all inside the Inner Wall,” Skarper told him. “We don't keep much treasure in them these days though.”

“What do you keep in them then?'

“Cheese. Haven't you heard of Clovenstone Blue? We make it here. It's very popular.” Skarper wrung some bog water out of his shoes and looked at Prince Rhind of the Woolmark with his head on one side. He didn't seem a bad sort of softling. Probably he wasn't really dangerous except when he fell on people, and he probably didn't make a habit of that; it seemed to have been more in the way of an accident.

“You'd better come and meet Henwyn and everybody,” he said, doubtfully.

Prince Rhind nodded, though he looked doubtful too. “Everybody? Yesâ¦” He seemed wary of saying too much to Skarper. Perhaps, like most softlings, he mistrusted goblins. At last he said, “Take me to this Henwyn, goblin, that I may share with him the great matter of my quest. I only hope that the thing I seek still resides here, for it is clear to me that much has changed at Clovenstone.”