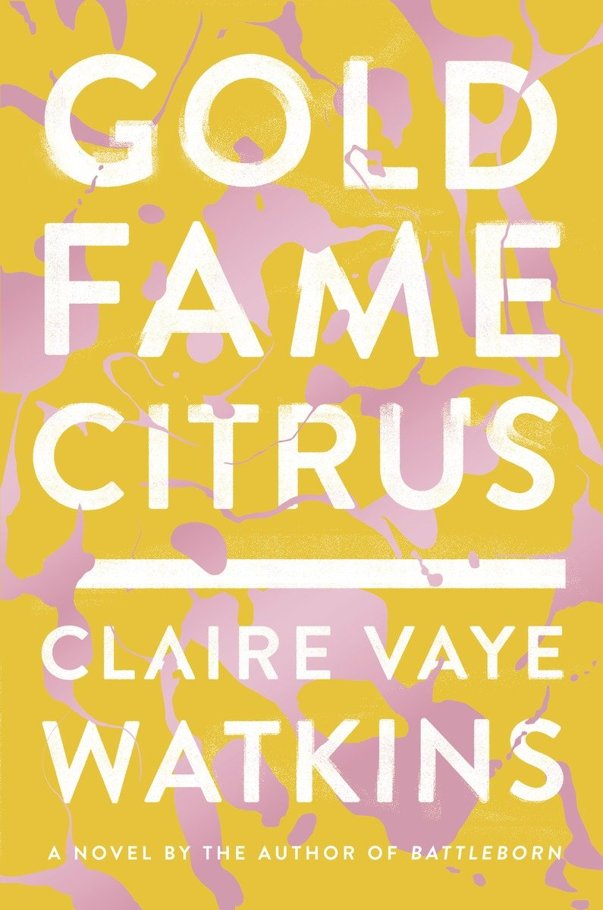 Book design and illustrations on pages 194–200 by Lauren Kolm

NEO-FAUNA OF THE AMARGOSA DUNE SEA

There it is. Take it.

Punting the prairie dog into the library was a mistake. Luz Dunn knew that now, but it had been a long time since she’d seen a little live thing, and the beast had startled her. She’d woke near noon having dreamed a grand plan and intending to enact it: she would try on every dress in the house. They hung like plumage in the master closet, in every luscious color, each one unspeakably expensive—imagine the ones the starlet had taken with her! In the dream Luz had worn every dress all at once, her breasts bestudded with rhinestones and drenched in silver dust, her ass embroidered with coppery alleyways of sequins, pleated plumes of satin fanning from her hips, pale confectioners’ tulle floating like spun sugar at her feet. Of course, things went one-at-a-time in the lifeless waking world.

It was important to have a project, Ray said, no matter how frivolous. The Santa Anas winged through the canyon now, bearing their invisible crazy-making particulate, and Ray said she should try to keep
her hands busy. She should try not to sleep so much. Some of Ray’s projects included digging out the shitting hole and siphoning gasoline from the luxury cars abandoned throughout the canyon.

Yesterday, Luz’s project had been to present Ray with a gift of herself swaddled like a chocolate in a fur coat she’d excavated from one of the cavernous hall closets, though she was not so dark as chocolate. She’d roasted under the mink, her upper lip already jeweled over and trembling with sweat when she breached the backyard where Ray was working, into the ever-beaming, ever-heating, ever-evaporating sun. Sun of suns. Drought of droughts. These were their days now, Luz and Ray and the merciless sun up in the canyon, a family of light in this mansion cantilevered into the hillside, a bridge for a driveway. Luz had shucked the preposterous coat to the dirt and instead napped naked on a sun-stiffened chaise under the lines of a leafless grapevine until dinner. The once Ray approached her, sliding his hand between her knees, she’d groaned: too hot for sex. The mink was still heaped out back, sculpture of a failure.

This project was better, she confirmed, twisting before the easel mirror in a peachy silk shift, lovely even against her grimy skin. In the closet was a handwoven poncho of oranges and golds, perfect for the shift, except wool was suicide. Instead, a Hermès scarf—no, a delicate tennis bracelet whose tiny clasp gave her some trouble. Like dewdrops strung around her wafer wrist, something the photographers would have said. But practically everyone was thin now. Luz stepped out of the shift and wriggled into a clinging cobalt mermaid gown dense with beads. It was gorgeous and she was gorgeous in it, even with her filthy hair and bulgy eyes and bushy brows and teeth that jutted out from her mouth as if leading the way, the front two with a gummy gap between them that caused her to seal her thin top lip to her plump bottom lip, even when she was alone, even now as
she twirled and the dangly beads went
click click click
, softly. She looked liquid and wanted to show Ray.

Luz tromped down the floating railless stairs in the gown and rubber galoshes and a feather headpiece, baubles winking on every finger and one wrist. At the bottom of the stairs, she froze. Across the foyer, watching her, the tawny, beady-eyed rodent. It stood on its hind legs. It sniffed the air. Its nimble claws worked at something. Kind of cute. Except it dipped its head and maybe came at her. Luz panicked, shrieked, and executed a long-stride slo-mo kick of unexpected grace and force, some long-lost AYSO girlhood reflex risen from the resin of her quads.

They were a tired joke, the galoshes. Ditto umbrellas, slickers, gutters and storm drains, windshield wipers. This place had not seen so much rainfall as to necessitate galoshes in her entire life. But thank God for them, else the rodent might have ribboned her bare foot with its claws instead of flying through the open door of the library, going
scree
. A horrifying sound, that
scree
, and in her horror Luz slammed the blond wood door closed, setting it shuddering on its casters. A cruel instinct she was paying for hours later, for she was now plagued with a hefty boredom and the melancholy of finishing an excellent book—a biography of John Wesley Powell—and had nothing new to read.

The question, now, was whether to interrupt Ray—in the yard constructing a half-pipe from the plywood they’d pried off the windows and doors of the starlet’s ultramodern château—or to handle this prairie dog situation herself.
Scree,
it said. She went out onto the balcony and called down to her love.

Ray squinted up at her and whistled. “Looking good, babygirl.”

Luz had forgotten about her mermaid ensemble, and a little zing of delight accompanied the compliment. “How’s it coming?” she called.

“What an embarrassment,” he said, shaking his head. “Ten million empty swimming pools in this city, and we get this one.”

The embarrassment was adjacent to his would-be half-pipe: the starlet’s long-drained swimming pool, its walls not smooth concrete but a posh cobble of black river stones, its shape not a scooped-out basin but a box. Hard edges and right angles. Patently unshreddable. A shame, was all Ray said when he first knelt down and felt it, though his eyes had gone a pair of those smooth, globular kidney pools in the Valley. Ray had been to the forever war—was a hero, though he’d forbidden the word—and he went places sometimes.

Here, he was shirtless, all but gaunt, torquing his knees against a pane of plywood. His unbound hair was getting long, clumped and curling at his shoulders. On the bottom of the dry pool were smeared a few dreadlocks of dehydrated slime, pea-colored and coppery. Haircuts, Luz thought. Tomorrow’s project.

She watched him work a while, leaning on the balcony rail as the starlet might have. It was impossible to be original and inspired living as she was, basically another woman’s ghost. Ray could dismantle the starlet, splinter her, hack her up and build with her bones, but Luz languished beneath her. They wore the same size everything.

When Ray said
up in the canyon
Luz had seen porticos and candelabra, artisanal tiles, a working bath with a dolphin-shaped spigot patinaed turquoise and matching starfish handles, birds’ nests in chandeliers, bougainvillea creeping down marble columns and dripping from those curlicue shelves on the walls of villas—what were they called? But the place they found was boxy and mostly windows. All slate and birchply, its doors slid rather than swung, the wrong style for columns. Any and all vinery was dead. Plantwise there was the dried pool slime and the gnarled leafless grapevine and spiny somethings coming through the planks of the deck, too savage to kill.

Sconces, they were called, and there were none.

Where were the wild things seeking refuge from the scorched hills? Where was the birdsong she’d promised herself? Instead: scorpions coming up through the drains, a pair of mummified frogs in the waterless fountain, a coyote carcass going wicker in the ravine. And sure, a scorpion had a certain wisdom, but she yearned for fauna more charismatic. “It’s thinking like that that got us into this,” Ray said, correct.

Nature had refused to offer herself to them. The water, the green, the mammalian, the tropical, the semitropical, the leafy, the verdant, the motherloving citrus, all of it was denied them and had been denied them so long that with each day, each project, it became more and more impossible to conceive of a time when it had not been denied them. The prospect of Mother Nature opening her legs and inviting Los Angeles back into her ripeness was, like the disks of water shimmering in the last foothill reservoirs patrolled by the National Guard, evaporating daily.

Yet Luz yearned for menagerie, left the windows and doors open day and night to invite it, even when Ray complained of the dust, even when he warned that the Santa Anas would drive her insane. Maybe true, for here was this varmint scurrying in her head. Here, finally, was a brave creature come down to commune in the house that wasn’t theirs—it didn’t belong to anyone!—and what had she done? Booted the little fellow in the gut and locked him away.

Air hazy and amber with smoke. Malibu burning, and Luz’s old condo with it. Ticks clinging to the dead grass. Sand in the bedsheets and in her armpits and in the crack of her ass. Jumping bugs nesting in the mattress, all the more pestilent for being probably imagined. Some ruined heaven, this laurelless canyon.

Luz had read that they used to fight fires by dangling giant buckets from helicopters, filling the buckets at a lake and then dumping the water on them. The skies were batshit back then: bureaucrats draping valleys under invisible parachutes of aerosols, engineers erecting funnels to catch the rain before it evaporated, Research I universities dynamiting the sky. Once, an early canyon project, Luz and Ray hiked up the mountain called, horrifically, Lookout, and came upon a derelict cloud seeder, one of those barn-size miracle machines promised to spit crystalline moisture-making chemicals into the atmosphere. Another time they hiked up a back ridge and picnicked above that colorless archipelago of empty and near-empty tanks strung throughout the city. They ate crackers and ration cola and told stories about the mountains, the valley, the canyon and the beach. The whole debris scene. Because they’d vowed to never talk about the gone water, they spoke instead of earth that moved like water. Ray told of boulders clacking together in the ravine, a great slug of rubble sluicing down the canyon. That’s what geologists called it, a slug, and Luz was always waiting for the perfect slug, slow and shapeless and dark, filling all spaces, removing all obstacles. Scraping clean their blighted floodplain.

Cataclysm by Karice Bolton
The Grand Duchess of Nowhere by Laurie Graham
Not Quite Dead (A NightHunter Novel) by Stephanie Rowe
A Place Beyond by Laura Howard
Titus: Luna Lodge #2 by Stevens, Madison
Wichita (9781609458904) by Ziolkowsky, Thad
Clarity 4: After the Storm by Loretta Lost
Sugar Daddies by Jade West
One Through the Heart by Kirk Russell
La práctica de la Inteligencia Emocional by Daniel Goleman