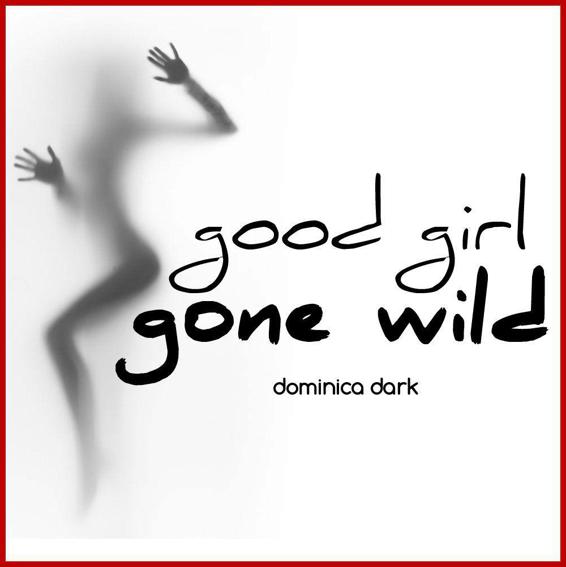 When
Lust Turns to Passion...

All rights reserved. No part of this publication
may be reproduced, distributed, or transmitted in any form or by any means,
including photocopying, recording, or other electronic or mechanical methods,
without the prior written permission of the publisher, except in the case of
brief quotations embodied in critical reviews and certain other noncommercial
uses permitted by copyright law.

This book is a work of fiction. Names,
characters, places and incidents are either a product of the author’s
imagination or are used fictitiously. Any resemblance to actual people living
or dead, events or locales is entirely coincidental.

Other books
by this author on Amazon:

Friends then Lovers (Book I of Friends and
Lovers)

Christine
looked up from her coffee, her slow smile spreading as she spied Nick at the
foyer of the restaurant. She raised her hand, and he saw her at once. He nodded
to the woman at reception and made his way to her table.

She
had something new to show him that day, something she had read in a
very
interesting
book. She couldn’t wait to try if it worked as well as they said it did. Her
smile turned impish at the thought.

He
was about ten feet away when something in his expression caused Christine’s
smile to fade. He was looking grim and anxious at the same time. She suddenly
knew today was not going to be a good day.

“Hi,”
she said, raising her face for his kiss. He did so, but it was a lingering one,
quite unlike the usual kiss they reserved for public places. Her forehead
puckered as he took his seat.

Christine
shook her head slightly, indicating it was okay. The waiter came with the coffee,
and it was then she noticed that Nick was avoiding direct eye contact. She
gazed at him for a moment before saying, “What’s wrong, Nick?”

Nick
took his time answering, stirring his coffee and taking a sip. Christine’s
sense of foreboding increased. Finally, he looked up, and Christine knew what
he was going to say a beat before he said it.

“I
can’t see you anymore, Christine.”

That Friday
afternoon began much as usual. Christine was deep into research for an article
that was due Monday, and she was completely in the zone. She had no idea that
today would change her life forever.

Nick St. Claire had
very little doubt that he would regret giving in to Kate’s pleas to come with
her to a wedding. The only reason she wanted him along was because she needed a
date, and she had just broken off with her long-time boyfriend.

“Please, Nicky,”
Kate said in a wheedling tone. “I can’t show up without a date.”

Nick gave his
cousin a considering look. She was a beautiful girl, with long auburn hair and
a curvy figure that went well with the body-hugging clothes she preferred.  She
also had green eyes that could flash daggers when she’s mad, or twinkle
engagingly when she’s amused. At that moment, she was wearing her pleading
look, and Nick felt trapped by cousinly affection. Nevertheless, he tried to
wiggle a little harder.

“C’mon, Kate,
you can’t seriously expect me to believe you can’t get a date!”

She waggled her
fingers in a dismissing gesture, “Oh, sure, but I’m
healing
right now,
and I need
family
around me,” Kate put dramatic emphasis on these key
points, wholly ignoring the rolling-eye exasperation of her favorite cousin,
who had been her playmate since they were out of Pampers. She knew she had him;
she just needed to push a little bit more. “I’ll owe you,” she offered
solemnly.

Nick sighed, and
Kate immediately recognized it as assent, causing her to squeal with delight
and plant a smacking kiss on his cheek, much to the amusement of the people
around them. Nick grunted by way of reply and resigned himself to his fate.

Nick and Kate
made an attractive couple, she vibrantly bright, he darkly handsome.  There was
no indication that they were in any way related, and there had been more than
one envious glance thrown Kate’s way among the many women in the café.

It was no
wonder. Nick was nearly six feet, and had a great body that was imperfectly
concealed by a white sports shirt and straight-cut jeans. He had dark wavy hair
that just brushed his collar, an errant lock that he constantly swept from his
brow which drew attention to his expressive, dark brown eyes framed by long
eyelashes. He had a straight nose and the firm mouth that hinted at a
determined disposition largely tempered by good humor. A mouth like that was
more apt to smile than frown, but it wasn’t a good idea to cross its owner
unnecessarily.

More than one
woman had sneaked a peek at his left hand, which was ringless, but that was
small comfort what with the red-haired beauty keeping him company. Most had
sighed with disappointment and moved on.

Someone who had
neither sighed nor moved on was the woman tucked away in a secluded corner of
the café, masked from the rest of the patrons by an open laptop and a very
large coffee flanking one side as well as the sides of the booth she was in.
She did neither because she hadn’t noticed Nick at all.

Very few things
caught the attention of the woman tapping lightly but efficiently at her
keyboard when she was working. Christine had the ability to filter out all
outside stimuli when she was in the zone, save for an absent smile of thanks when
the waitress came to replace the empty mug with a new one, and she was deep
into it on that particular afternoon. She was a regular at that particular
café, and had a running arrangement with the crew to keep her well-supplied
with coffee whether she asked for it or not. She had been coming there for two
years, ever since she moved into the apartment building next door with her
sister Lisa, and the waitresses pretty much knew to check when the mug was
getting low on the brew. At the end of the day, she paid up what they told her
she’d been served without a murmur.

Nobody thought
to ask the attractive twenty-something why she had made the café her ad hoc
home office, but the fact was the apartment she lived in was small, and Lisa
baked pastries for various coffee shops for a living. One wall was lined with an
industrial sized oven and cooler, and by late morning the apartment was very
hot, even with all the windows open and she escaped to the café when it became
unbearable. Lisa’s business had picked up considerably in the last 6 months and
she had started taking in orders for specialty cakes, which meant that at times
she would bring in a couple of assistants to help out.  Christine found herself
leaving the apartment earlier and earlier to escape the mayhem.

Christine also
worked from home but as a freelance writer, so her migration to the café was an
ideal situation. She had all the coffee she would ever need, with the
occasional sandwich thrown in, and relative peace and quiet. But even in her
absorbed state, she couldn’t ignore it when Jody, her regular waitress, dumped
a very large mugful of hot coffee almost directly onto her laptop.

Christine shrieked,
hardly noticing the scalding she got as she scrambled to keep the liquid from
frying her laptop. She lifted it and turned it upside down, praying fervently
as liquid dripped down that she had caught it in time. She vaguely heard Jody
saying “Oh my God, I’m so sorry!” while the waitress rapidly pulled a handful
of napkins from the dispenser to help mop up the mess. She was also vaguely
aware that a man was standing by Jody, seemingly frozen in place. She looked up
quickly, not really registering a face but a presence that could have no
bearing whatsoever in her life. How wrong she was.

It was otherwise
for Nick. An unlucky slick patch of floor tile where a careless patron had
spilled some water had caused him to stagger slightly as he came from the
bathroom, bumping a passing waitress who was about to deposit a large mug on
the farthest alcove hard enough to make her spill most of the coffee. His hand
shot out to keep the waitress from falling headlong, but the damage had been
done. The resulting shriek brought heads around to the commotion, but after his
initial concern, Nick was immediately riveted to the face of the woman who was
frantically working to save her laptop from electronic heaven.

He stared, his
heart beat seeming to slow down as he took in the smooth brow now slightly
puckered in concentration, the delicately arched eyebrows that framed eyes that
were hidden by a sweep of ridiculously long eyelashes, the small, straight nose
with no hint of freckles, and full lips that were now bowed downwards in
anguish. The woman looked up briefly and met his eyes, and his breath caught in
his throat. Eyes to drown in, was his first thought, big limpid pools of brown
with flecks of gold that seemed to fill his mind.

The whole
incident took less than five seconds, but to Nick it seemed to last much
longer. With some effort, he pulled himself back from what seemed to be an
abyss of possibilities, and interrupted Jody’s flow of profuse apologies to which
the woman was nodding in response, saying in a distracted voice that it was okay,
the laptop seemed to be okay.

“Excuse me,” Nick
said, and both women looked at him. But he had eyes only for the woman in the
booth. “I think I’m the one who should be apologizing.” He was amazed at how
even his voice was, considering his heart was now thudding hard in his chest.

Christine, her
initial concerns allayed as her laptop good-humoredly continued to function
normally as she saved her work, found herself looking up at a very handsome
man. He looked apologetic, and as he spoke, her eyes dropped to his lips, and
found herself wondering what they felt like. Her lips parted slightly in
reaction, and her eyes dropped in confusion.
What the hell?
She asked
herself.

“I bumped into
the lady here, that’s why she spilled the coffee,” Nick explained, smiling a
little at a flustered Jody. “Please, I’ll gladly pay for the damage.”

“What’s
happening here?” Teddy, the crew chief, asked, and Jody immediately launched
into an explanation. Christine barely heard, absently wiping coffee from her
arms and jeans, refusing to look up again as she felt the man’s eyes on her.
Look
away, please
, she pleaded, acutely aware of her carelessly knotted hair,
face devoid of makeup and probably shining, and her coffee-stained shirt that
had seen better days. She was horrifyingly certain it had a hole in one armpit.

Red Denver: A Prelude to REHO (The Hegemon Wars) by D. L. Denham
Man-Droid the Orgasmatron (Siren Publishing Classic) by Doris O'Connor
Cheated By Death by L.L. Bartlett
Awakened by C. N. Watkins
The Kind Worth Killing by Peter Swanson
The Perplexing Theft of the Jewel in the Crown by Vaseem Khan
Ghost Carrier: They Died to Fight Another Day by Robert Child
Something to Believe In (The Renegade Saints Book 4) by Ella Fox
Rebel Ice by Viehl, S. L.
Shaken by J.A. Konrath