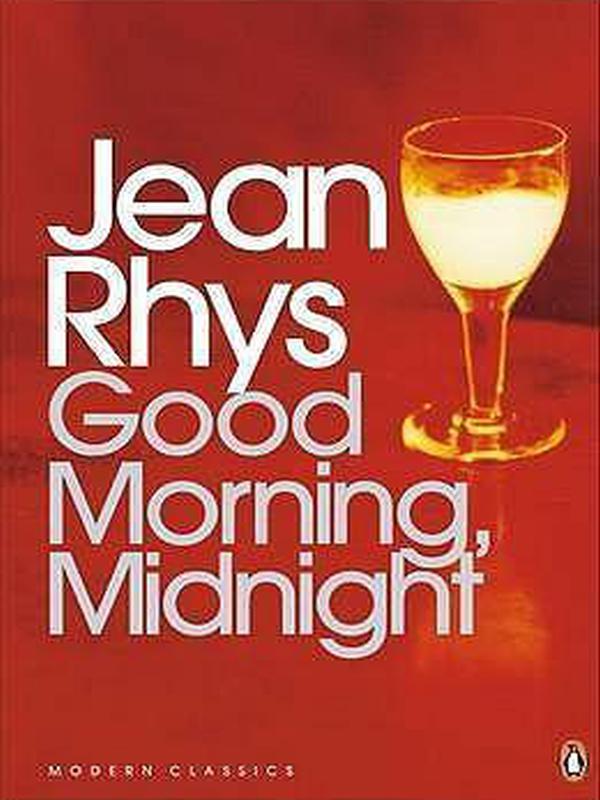 There are two beds, a big one for madame and a smaller one on the opposite side for monsieur. The wash-basin is shut off by a curtain. It is a large room, the smell of cheap hotels faint, almost imperceptible. The street outside is narrow, cobble-stoned, going sharply uphill and ending in a flight of steps. What they call an impasse.

The place to have my drink in after dinner....Wait, I must be careful about that. These things are very important.

Last night, for instance. Last night was a catastrophe....The woman at the next table started talking to me - a dark, thin woman of about forty, very well made up. She had the score of a song with her and she had been humming it under her breath, tapping the accompaniment with her fingers.

She was waiting for her friend, she told me.

The friend arrived - an American. He stood me another brandy and soda and while I was drinking it I started to cry.

I said: 'It was something I remembered.'

The dark woman sat up very straight and threw her chest out.

'I understand,' she said, 'I understand. All the same.... Sometimes I'm just as unhappy as you are. But that's not to say that I let everybody see it.'

Unable to stop crying, I went down into the lavabo. A familiar lavabo, and luckily empty. The old dame was out ide near the telephone, talking to a girl.

I stayed there, staring at myself in the glass. What do I want to cry about?.... On the contrary, it's when l am quite sane like this, when I have had a couple of extra drinks and am quite sane, that I realize how lucky I am.

Saved, rescued, fished-up, half drowned, out of the deep, dark river, dry clothes, hair shampooed and set. Nobody would know I had ever been in it. Except, of course, that there always remains something. Yes, there always remains something....Never mind, here I am, sane and dry, with my place to hide in. What more do I want?....I'm a bit of an automaton, but sane, surely - dry, cold and sane. Now I have forgotten about dark streets, dark rivers, the pain, the struggle and the drowning....Mind you, I'm not talking about the struggle when you are strong and a good swimmer and there are willing and eager friends on the bank waiting to pull you out at the first sign of distress. I mean the real thing. You jump in with no willing and eager friends around, and when you sink you sink to the accompaniment of loud laughter.

Lavabos....What about that monograph on lavabos - toilets - ladies?....A London lavabo in black and white marble, fifteen women in a queue, each clutching her penny, not one bold spirit daring to dash out of her turn past the stern faced attendant. That's what I call discipline....The lavabo in Florence and the very pretty, fantastically dressed girl who rushed in, hugged and kissed the old dame tenderly and fed her with cakes out of a paper bag. The dancer-daughter?....That cosy little Paris lavabo, where the attendant peddled drugs - something to heal a wounded heart.

When I got upstairs the American and his friend had gone. 'It was something I remembered,' I told the waiter, and he looked at me blankly, not even bothering to laugh at me. His face was unsurprised, blank.

That was last night.

I lie awake, thinking about it, and about the money Sidonie lent me and the way she said: 'I can't bear to see you like this.' Half shutting her eyes and smiling the smile which means: 'She's getting to look old. She drinks.'

'We've known each other too long, Sasha,' she said, 'to stand on ceremony with each other.'

'I think you need a change. Why don't you go back to Paris for a bit?....You could get yourself some new clothes - you certainly need them....I'll lend you the money,' she said. 'I'll be over there next week and I could find a room for you if you like. 'Etcetera, etcetera.

I had not seen this woman for months and then she swooped down on me.... Well, here I am. When you've been made very cold and very sane you've also been made very passive. (Why worry, why worry?) I can't sleep. Rolling from side to side.... Was it in 1923 or 1924 that we lived round the corner, in the Rue Victor-Cousin, and Enno bought me that Cossack cap and the imitation astrakhan coat? It was then that I started calling myself Sasha. I thought it might change my luck if I changed my name. Did it bring me any luck, I wonder, calling myself Sasha?

I put the light on. The bottle of Evian on the bedtable, the tube of luminal, the two books, the clock ticking on the ledge, the red curtains....

I can see Sidonie carefully looking round for an hotel just like this one. She imagines that it's my atmosphere. God, it's an insult when you come to think about it! More dark rooms, more red curtains....

There are some black specks on the wall. I stare at them, certain they are moving. Well, I ought to be able to ignore a few bugs by this time. 'II ne faut pas mettre tout sur le meme plan....'

I get up and look closely. Only splashes of dirt. It's not the time of year for bugs, anyway.

I take some more luminal, put the light out and sleep at once.

Now a little man, bearded, with a snub nose, dressed in a long white nightshirt, is talking earnestly to me. 'I am your father,' he says. 'Remember that I am your father.' But blood is streaming from a wound in his forehead. 'Murder,' he shouts, 'murder, murder.' Helplessly I watch the blood streaming. At last my voice tears itself loose from my chest. I too shout: 'Murder, murder, help, help,' and the sound fills the room. I wake up and a man in the street outside is singing the waltz from Les Salim-banques. 'C'est I'amour qui flotte dans l'air a la ronde,' he sings.

I believe it's a fine day, but the light in this room is so bad that you can't be sure. Outside on the landing you can't see at all unless the electric light is on. It's a large landing, cluttered up from morning to night with brooms, pails, piles of dirty sheets and so forth - the wreckage of the spectacular floors below.

The man who has the room next to mine is parading about as usual in his white dressing gown. Hanging around. He is like the ghost of the landing. I am always running into him.

He is as thin as a skeleton. He has a bird-like face and sunken, dark eyes with a peculiar expression, cringing, ingratiating, knowing. What's he want to look at me like that for?....He is always wearing a dressing gown - a blue one with black spots or the famous white one. I can't imagine him in street clothes.

'Bonjour,' I mutter. I don't like this damned man....When I get downstairs the patron tells me that he wants to see my passport. I haven't put the number of the passport on the fiche, he says.

This patron is exactly like one of the assistants who used to be in the pawnshop in the Rue de Rennes - the one who scowled at you and took your stuff away to be valued. A fish, lording it in his own particular tank, staring at the world outside with a glassy and unbelieving eye.

What's wrong with the fiche? I've filled it up all right, haven't I? Name So-and-so, nationality So-and-so.... Nationality - that's what has puzzled him. I ought to have put nationality by marriage. I tell him I will let him have the passport in the after noon and he gives my hat a gloomy, disapproving look. I don't blame him. It shouts 'Anglaise', my hat. And my dress extinguishes me. And then this damned old fur coat slung on top of everything else - the last idiocy, the last incongruity.

But careful, careful! Don't get excited. You know what happens when you get excited and exalted, don't you?....Yes....And then, you know how you collapse like a pricked balloon, don't you ? Having no staying power....Yes, exactly....So, no excitement. This is going to be a quiet, sane fortnight. Not too much drinking, avoidance of certain cafes, of certain streets, of certain spots, and everything will go off beautifully. The thing is to have a programme, not to leave any thing to chance - no gaps. No trailing around aimlessly with cheap gramophone records starting up in your head, no 'Here this happened, here that happened'. Above all, no crying in public, no crying at all if I can help it.

Thinking all this, I pass the exact place for my after dinner drink. It's a cafe on the Avenue de l'Observatoire, which always seems to be empty. I remember it like this before.

A man who looks like an Arab comes in, accompanied by a melancholy girl wearing spectacles.

'Life is difficult,' the Arab says.

'One needs a lot of courage, to live,' the Arab says.

'Ah, I believe you,' the girl says, shaking her head and clicking her tongue.

They finish their vermouth and go out and I sit alone in a large, clean, empty room and watch myself in the long glass opposite, turning over the pages of an old number of I'llustration, thinking that I haven't got a care in the world, except that tomorrow's Sunday - a difficult day anywhere. Sombre Dimanche....

Planning it all out. Eating. A movie. Eating again. One drink. A long walk back to the hotel. Bed. Luminal. Sleep. Just sleep - no dreams.

At four o'clock next afternoon I am in a cinema on the Champs Elysees, according to programme. Laughing heartily in the right places.

It's a very good show and I see it through twice. When I come out of the cinema it's night and the street lamps are lit. I'm glad of that. If you've got to walk around by yourself, it's easier when the lamps are lit.

Just about here we waited for a couple of hours to see Anatole France's funeral pass, because, Enno said, we mustn't let such a great literary figure disappear without paying him the tribute of a last salute....

I walk along, remembering this, remembering that, trying to find a cheap place to eat - not so easy round here. The gramophone record is going strong in my head: 'Here this happened, here that happened....'

I used to work in a shop just off this street.

I can see myself coming out of the Metro station at the Rond-Point every morning at half past eight, walking along the Avenue Marigny, turning to the left and then to the right, putting my coat and hat into the cloak-room, going along a passage and starting in with: 'Good morning, madame. Has madame a vendeuse?'

Every time a customer arrived, the commissionaire touched a bell which rang just over my head. I would advance towards the three steps leading down to the street door and stand there, smiling a small, discreet smile. I would say 'Good afternoon, madame - Certainly, madame,' or 'Good afternoon, madame. Mademoiselle Mercedes has had your telephone message and everything is ready,' or 'Certainly, madame....Has madame a vendeuse?

Warrior Everlasting by Knight, Wendy
Discipline of the Private House by Esme Ombreux
The Cutting Crew by Steve Mosby
Finding Home by Kelley, Aine
The Many by Nathan Field
In Too Deep by Valerie Sherrard
Ink by Amanda Anderson
Would You Kill the Fat Man by David Edmonds
Soul Mates Bewitched by Lance, Elizabeth A.
War Stories by Oliver North