Read Green: The Beginning and the End Online

Green: The Beginning and the End 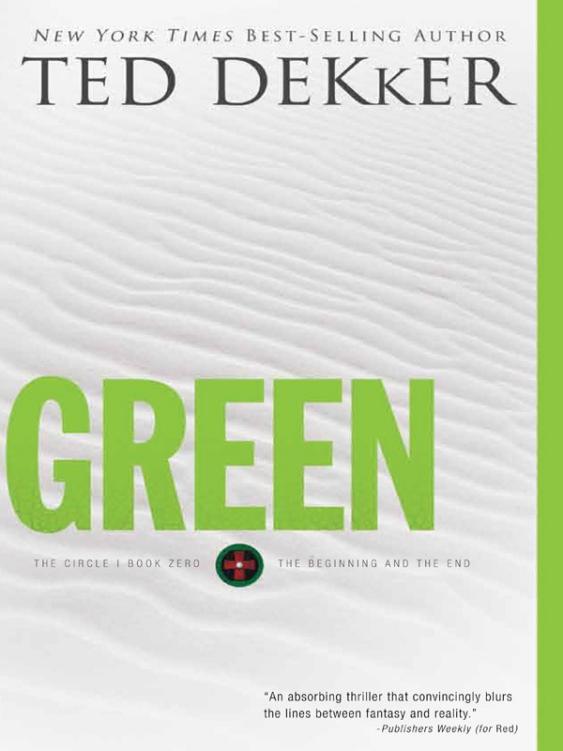 Green: The Beginning and the End
Book Jacket
Rating:

SUMMARY:
As foretold by ancient prophets, an apocalypse destroyed Earth during the twenty-first century. But two thousand years later Elyon set upon the Earth a new Adam. This time, He gave humanity an advantage. What was once unseen became seen. It was good and it was called . . . Green. But the evil Teeleh bided his time in a Black Forest. Then, when least expected, twenty-four-year-old Thomas Hunter fell asleep in our world and awoke in that future Black Forest.

Blink of an Eye

THE BEGINNING AND THE END

Green : the beginning and the end / Ted Dekker.

The Beginning and the End

The Beginning and the End

In times past, our history has been retold using simple metaphors. Light coming into the darkness. A land called Narnia set free by a lion. A Ring that would enslave the hearts of all.

But our generation looks to a new mythology to peel back the layers of truth. Dive deep into a world of colors. Of
Green
, of
Black
, of
Red
, and of
White
.

According to the Books of History, everything that happened following the year 2010 actually began in the year 4036 AD. It began in the future, not the past. Earth had been destroyed once during the twenty-first century, an apocalypse foretold by the ancient prophets. But the time for history was not yet finished, and Elyon, in his great wisdom, set upon the Earth a new firstborn named Tanis. This time Elyon gave humans an advantage. This time what was once spiritual and unseen became physical and seen. All that was good and evil could be watched and touched. The Roush and the great lions roamed the forests. Humans knew no pain, no fear, no sadness. And everywhere was the color of intoxicating pleasure, of Elyon Himself.

Yet evil also remained. Teeleh and his minions bided their time in a Black Forest.

And that time came. When least expected, through a bridging of space and time, a twenty-four-year-old man named Thomas Hunter fell asleep in Denver, Colorado, and woke up in the Black Forest, two thousand years in the future. A gateway was opened for the dark powers to ravage the land.

Now wars, betrayal, disease, and death threaten to once again destroy every living soul. Only a small band of rebels called The Circle, led by Thomas Hunter, stand in the way. But The Circle is fracturing. Betrayal is in the air as the forces of evil gather to crush all that remains of good

Welcome, lovers and fighters, to The Circle.

Lost by Christina Draper
Screamer by Jason Halstead
DASHED DREAMS by Worley-Bean, Susan
Scarlet Kisses by Tish Westwood
La fortuna de los Rougon by Émile Zola
In My Dreams (First Tracks Book 2) by Kristen James
A Girl's Guide to Moving On by Debbie Macomber
Splendor by Joyce, Brenda
Beneath the Flesh: They kept all the demons out … except one by Kings, Alex
The Maid's Version by Woodrell, Daniel