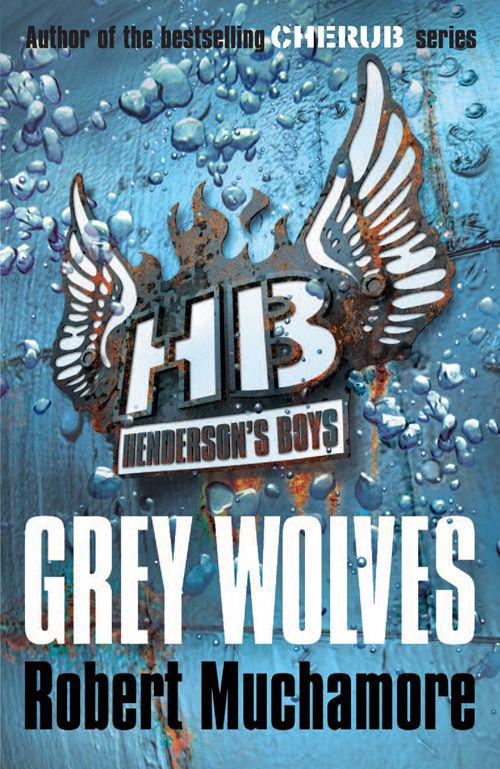 The right of Robert Muchamore to be identified as the Author of the Work has been asserted by him in accordance with the Copyright, Designs and Patents Act 1988.

All rights reserved. Apart from any use permitted under UK copyright law, this publication may only be reproduced, stored or transmitted, in any form, or by any means with prior permission in writing from the publishers or in the case of reprographic production in accordance with the terms of licences issued by the Copyright Licensing Agency and may not be otherwise circulated in any form of binding or cover other than that in which it is published and without a similar condition being imposed on the subsequent purchaser.

‘The only thing that ever really frightened me during the war was the U-boat peril.’

In summer 1940 the German Army tore through western Europe, conquering France, Holland, Belgium and Luxembourg in barely two months. Britain was Hitler’s next target, but the Royal Air Force won control of the skies in the Battle of Britain, making a cross-Channel invasion impossible.

Hitler’s new strategy was slow strangulation: bombing British cities and targeting vulnerable supply lines. With no European allies Britain had to ship fuel, weapons and more than half of its food across the Atlantic from Canada and the United States. But slow-moving cargo vessels made easy prey for German submarines, commonly known as U-boats.

By April 1941, over nine hundred British tankers and cargo vessels lay at the bottom of the Atlantic. U-boats were sinking ships faster than Britain could build replacements.

If the submarines weren’t stopped, the British people would starve.

Marc Kilgour had jumped out of aeroplanes, belted around the countryside on an old Triumph motorbike, shot a straw dummy through the heart with a sniper rifle, studied the correct procedure for attaching limpet mines to the hull of a boat, survived in the wild on berries and squirrel meat, stuffed dead rats with dynamite, swum freezing lakes and done physical jerks until he was as fast and strong as any thirteen-year-old was likely to get.

But training counts for nothing if you lose your head, and Marc felt uneasy squatting in the two-man canoe with damp trousers, an oar resting between his legs and Commander Charles Henderson seated behind.

It was near midnight on a moonless night – the only kind dark enough to infiltrate occupied France by boat. The sea was calm, the air had bite and the blacked-out French coastline was a total mystery. They might have been fifty metres from shore, or a thousand.

They’d trained to drop into occupied France by parachute, but the RAF refused to spare prized bombers for espionage work. A fast torpedo boat for the long voyage down France’s western coast would have been second best, but the Royal Navy was no more willing.

In the end they’d made the two-day journey from Porth Navas Creek in Cornwall aboard
Madeline
, an elderly French steam tug designed for harbour work rather than open sea. Their canoe was a leisure craft that had spent years hanging from the ceiling in a Cambridge junk shop, before being discovered by Henderson, who patched its cloth hull with fish-glue and pieces cut from a coal tarp.

The rest of their equipment was no better. The radio transmitter was an unreliable beast. Twice the weight of more recent sets, it left the canoe precariously low in the water and compromised the amount of equipment they could carry. Henderson had kicked up a stink, but Britain was fighting alone against a Nazi empire and CHERUB wasn’t the only unit muddling through with scraps.

‘Nerves holding out?’ Henderson asked quietly, as his oar cut into a wave.

Henderson was the one thing that gave Marc confidence. He was a flawed human: drinker, womaniser, a short-tempered maverick who rubbed senior colleagues up the wrong way. But as some men turn genius when you give them a football, or set a maths problem, Henderson had a gift for espionage. He was completely ruthless, able to speak the five major European languages in a variety of accents, and had a magical ability to devise practical and sophisticated operations.

‘Are those young eyes seeing things I can’t?’ Henderson asked.

Marc squinted, but could barely see beyond the end of the boat. ‘What if the tide’s carrying us further out?’ he asked. ‘I mean, are you even rowing in the right direction? Shall I take a compass bearing?’

Henderson gave a restrained laugh. ‘You don’t have much faith in my nautical skills, do you? Listen to the gulls. Are they getting louder or quieter?’

Marc felt foolish: he might have been blind in the dark, but Henderson had been using his other senses to navigate.

A dark mass loomed beyond the bow. Marc thrust his oar out ahead of the canoe, then pushed hard against rocks jutting from the water. The boat tilted as its canvas side-scraped barnacles. Henderson threw himself sideways to counterbalance, but with the canoe so heavy it wasn’t enough to stop water spilling over the side.

Marc threw down his oar and reached around to grab an old paint tin used for bailing out. He’d been soaked down one side when the wave came in and the pool in the hull now topped his canvas plímsolls.

Directly behind, Henderson tried pushing the boat off the rocks with his oar. The back end drifted out, but the bow was impaled on something. Marc bailed speedily, but the water kept rising. As no more had come over the side it could only mean one thing.

‘Hull’s torn,’ Marc said, alarmed, but still having the wits to keep his voice low.

Henderson stood up. As he jumped on to the rocks the back of the boat rose up. He’d hoped taking his weight out might save the canoe, but the shift of balance set all the water running towards Marc at the front. The heavy case with the radio inside whacked Marc’s back as the Atlantic engulfed his legs.

As the bow dived, a sharpened metal prong shot through the breach in the hull. Marc clambered up the tilting boat as she hit sand a metre and a half below the surface. Shallow water meant land was close, but Marc’s relief didn’t last. As he kicked to stay afloat his foot snared a coil of barbed wire.

Marc squeezed his face, stifling a howl. Henderson had pulled two floating suitcases and a backpack on to the rocks before realising his companion was in trouble. He recognised the metal spearing the upright canoe as the leg of a tank trap. These criss-crossed metal tripods were designed to prevent tanks and amphibious vehicles driving up beaches.

Their presence was mystifying: Henderson had targeted a landing beach with cliffs beyond the sand. Tanks didn’t do cliffs, so either the Germans had installed tank traps for no reason or they’d come ashore in the wrong spot.

But that concern was for later. Right now, Marc was stuck and kept himself afloat by locking his arms around the tank trap. In sheer frustration, he yanked his leg upwards, but the result was excruciating pain as a barb punched through his plimsoll into the top of his foot.

Wasabi Heat by Raelynn Blue
A Private War by Donald R. Franck
Freed (Vampire King Book 3) by Kenya Wright
The Purity Myth by Jessica Valenti
Rosemary for the Holidays (Consulting Magic) by Amy Crook
The Descent into the Maelstrom (The Phantom of the Earth Book 4) by Zen, Raeden
Afterthoughts by Lynn Tincher
Gone to Soldiers by Marge Piercy
WALLS OF THE DEAD by MOSIMAN, BILLIE SUE
The Merchant Emperor by Elizabeth Haydon