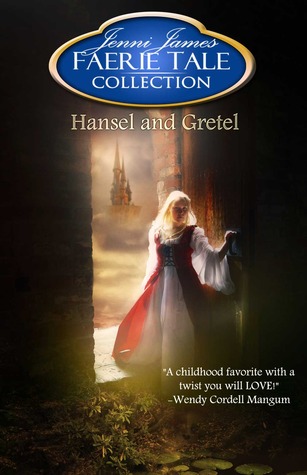 “Jenni James takes this well loved faerie tale and gives it a paranormal twist. Very well written and hard to put down, even on my cruise vacation where I had plenty to do. Looking forward to others in Jenni’s Faerie Tale series. A great escape!”

“This book was unputdownable. I highly recommend it to any fan of Jane Austen, young or old. Impatiently awaiting the rest of the series.”

“Having read several other Young Adult retellings of
Pride and Prejudice
- I must admit that
Pride and Popularity
by Jenni James is my top choice and receives my highest recommendation! In my opinion, it is the most plausible, accessible, and well-crafted YA version of
Pride and Prejudice
I have read! I can hardly wait to read the [next] installment in this series!”

“I started reading
Pride and Popularity
and couldn’t put it down! I stayed up until 1:30 in the morning to finish. I’ve never been happier to lose sleep. I was still happy this morning. You can’t help but be happy when reading this feel good book. Thank you Jenni for the fun night!”

“
Twilight
obsessed teens (and their moms) will relate to Claire’s longing for the fantastical but will be surprised when they find the hero is even better than a vampire or werewolf. Hilarious, fun and romantic!”

“Stephenie Meyer meets Jane Austen in this humorous, romantic tale of a girl on a mission to find her very own Edward Cullen. I didn’t want it to end!”

“We often speak of Jane Austen’s satiric wit, her social commentary, her invention of the domestic novel. But Jenni James, in this delicious retelling of
Northanger Abbey
, casts new light on Austen’s genius in portraying relationships and the foibles of human nature—in this case, the projection of our literary fantasies onto our daily experience.”

“After reading
Prince Tennyson
, your heart will be warmed, tears will be shed, and loved ones will be more appreciated. Jenni James has written a story that will make you believe in miracles and tender mercies from above.”

“
Prince Tennyson
is a sweet story that will put tears in your eyes and hope in your heart at the same time.” 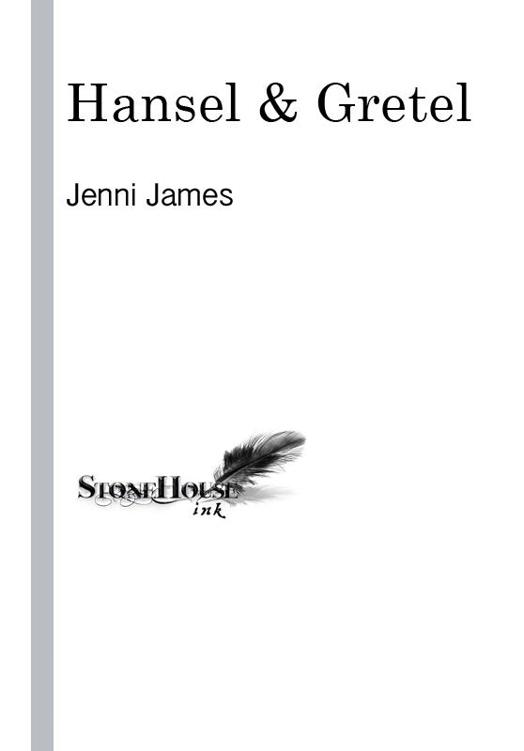 Beauty and the Beast

Jack and the Beanstalk

This book is dedicated to Maralyn.

You always did love candy more than anyone.

THE CHILD’S CRIES WERE loud and strong—strong enough to be heard through the torrential rain and roaring wind. It had been one of the worst summer storms the region had seen in years—breathtakingly horrid. Adale Waithwrite, a simple farmer, hunched down within his thin, saturated coat and wrapped his useless scarf tighter around his head and mouth. Though it was rain and not snow, it was a fierce, biting rain. A rain that was not forgiving or kind.

It brutally pelted his face and hands, stinging them with every slash of the drops as they flew through the air to cut into his covered flesh. The clouds had come so quickly and forcefully that though it was just past four, you would have believed it to be nigh on midnight, so dark and cold it was.

The farmer heard the shriek again and turned in that direction, skirting the old forest.

“Hello?” he shouted into the sleet and rain. “Hello?”

The answering cries were louder this time and the farmer knew he was very close to the child, who was most likely tucked within the rock crevice. Attempting to climb a large boulder, Adale slipped and banged his knee. No doubt there would be a large bruise in the morning. Mumbling a curse under his breath, the man attempted again to scale the sheer rock, and this time managed to grip well enough to haul his wet body up and onto the ledge. Peering over the other side, he flinched as a great strike of lightning lit up the sky, its jagged lines spearing every which way.

The loud crash of thunder that followed immediately after shook the slick rock wall. When another bolt of light enraged the sky, he looked down and saw the shuddering boy about eight feet below him, right within the crevice as he had assumed.

The boy was drenched, his arms wrapped around himself.

“Come here!” he shouted to the child. “Come! And quickly, too! This lightning is getting dangerously close.”

He held out his hand and the boy stood up just as another crash of thunder exploded all around them. “Hurry!” Adale shouted again. “Grab my hand!” Adale’s fingers were slipping from bracing himself in such an awkward position upon the boulder. “Now, boy!”

The trembling child clutched his gloved fingers just as the farmer began to slide back down the sheer boulder between them. Another flash of lightning tore through the rain as it poured all around them, and then the bang of the thunder immediately descended. In a show of superhuman strength, he hauled the boy up and over the rock as he slid down.

He balanced the small child against the boulder and continued to slip to his feet. Once he regained his footing, he quickly glided the child the last yard or so into his arms.

The sky boomed and lit again as the farmer ran as fast as he dared in such a downpour. He clutched the boy to his chest and thankfully made it the fifty yards or so into the waiting cottage without mishap. His son met him at the door and stared in great shock at the whimpering child in his arms.

“How did you hear him over this storm?” he asked.

“The Gods, son. They led me to him. They must have.” Adale shook his head as he set the boy on the table. “Hansel, will you hang up my coat for me?” He removed his overcoat, handing it to his son. He slipped off his gloves and scarf and tossed them into a bucket near the door. They would need to be wrung out later—his clothes were soaked through. One look at the scared, sopping boy and he knew this would be a rough night.

The child was merely dressed in knee breeches and a simple shirt, with an old wool hat atop his head. His shivers alerted the farmer to the great urgency needed to help him. “Hansel, fetch me a blanket for the lad.” His son was quick to place the coat on the peg by the door and run to the bedroom.

Adale pulled the dripping hat off the child and gasped when a long golden braid plopped out, its end tied with a battered green velvet ribbon.

She nodded and looked away, her arms going tighter around her trembling legs.

“Where did you come from? How are you out in a storm like this?”

“I …” The little girl opened her mouth to speak and then her eyes darted to Hansel as he came back in the room, carrying a thick blanket.

“Yes?” asked the farmer as he took the blanket from his son and wrapped it tightly around her. “Who are you? How did you come here?”

Her voice stuttered through her shivers, but Adale finally made it out. “My home—it is gone. Th—they took it.”

“Who took it? Who are you? Why was such a small girl left all alone in the woods?”

“Father, let her speak. You ask too many questions at once. Can you not see she is frightened?” Hansel smiled at the girl and asked simply, “Where do you live?”

She took a deep breath and tried again, this time not so unsteadily. “I do not know where it is from here, or I would point it out to you. I became lost.” Her voice had a distinct accent.

The farmer hissed and stepped back. “You are from the Larkein kingdom?”

“Yes.” She smiled, most likely not realizing what danger she put herself in by uttering such words in this house. “Yes. My father was the king.”

“Your father was the—” Hansel gasped and looked at his father. “My word! What have we done?”

“If they knew we had the Larkein princess in this cottage, we would be hanged.”

They both looked at the little girl, and her bright blue eyes blinked back at them. She was a very pretty child, and clearly frightened. Hansel asked, “How old are you?”

She put on a brave smile and sat up straighter. “I am six! How are old are you?”

“Ten.” He turned toward Adale. “What should we do, Pa? We cannot toss her out, surely. She is too young.”

His father stumbled back a few more steps and then slammed his palm forcefully upon the rocking chair. “We cannot keep her here! We cannot! Not with the king’s men invading her home this very day. If they knew … if they knew she was with us—”

“What if they never found out?”

His father nearly fell to the wooden floor. “What? Never found out? Are you mad? How can we keep a child—a female child—with a distinct Larkein voice in our home without anyone being the wiser? Hansel, no. I must take her back into the night and allow the Gods to decide what is best to do with her.”

“Pa, please! I know they are a wicked kingdom, but please! That does not mean the girl will be too. We can hide her—we can. And she can learn how to speak properly. We will say that she is my cousin, an orphan from your sister Claudine. Everyone knows she has just passed on and left a score of children—they will not think anything of it. Please, Father. You cannot send her out there. She will die.”

“It is better that she die than us!” Adale pointed at the girl and she began to cry. “Take her outside this instant.”

“No, I will not, for it is not right. She is a child, Father. She can be trained to be good. Let us keep her, please.”

Adale walked around and collapsed upon the rocking chair. “My heart is too soft,” he muttered into his hand. “It is too soft by far. Now what have we gotten ourselves into?”

“I promise I will take full responsibility for her. I will see that she is safe and teach her our ways. Just do not make her go back out to meet her fate. Perhaps she was meant to come to us. You yourself said it was the Gods who led you to her. It can only be good that she brings.”

“Thank you, Father.” Hansel walked up to the little girl. He peered into her bright eyes and asked, “What is your name? What do they call you in the castle?”

She smiled big then, showing a missing top tooth. “Gretel. My name is Gretel.”

HANSEL WHACKED AT THE tree for about the hundredth time in the past twenty minutes or so. Stubborn tree. It should have fallen ages ago, yet still it remained tall and proud, giving him the biggest challenge he had faced for months. He took another wide swing and gave a shout to accompany the jab as the metal axe struck the strong trunk.

Hard Time by Maureen Carter
One Four All by Julia Rachel Barrett
Tortilla Flat by John Steinbeck
You're Mine, Maggie by Beth Yarnall
Mindfulness by Gill Hasson
The Whirlwind in the Thorn Tree by S. A. Hunt
The Way to Yesterday by Sharon Sala
The Thieves of Faith by Richard Doetsch
Oath Bound - Book V of The Order of the Air by Melissa Scott, Jo Graham
The Underground Reporters by Kathy Kacer