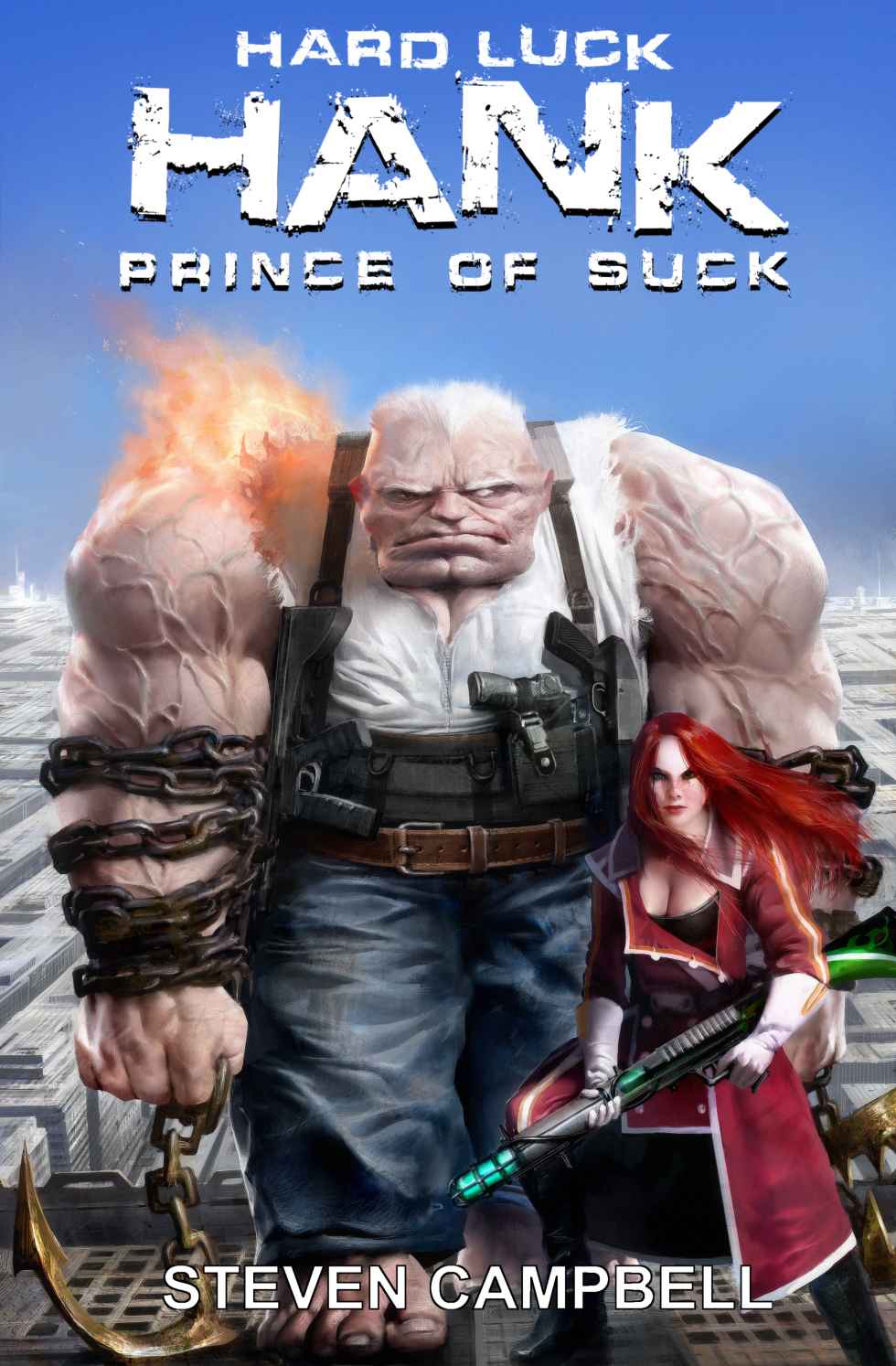 When you’ve got the world by the tail it’s got you by
the hand.

Indifferent Pessimism: thinking the worst may happen
but trying anyway.

This is dedicated to everyone who ever was, is, and
ever will be.

Which is a sneaky way
of dedicating a book to myself.

But not so sneaky now that I told everyone.

Web links may incur a data charge, may not be available
at future dates, and are subject to change.

I was on the floor of my living room, my
hand clutching my chest, having a heart attack.

Actually, I wasn’t sure if it was a
heart attack, or heart failure, or both. I suppose it was all academic. And I
never did very well in school.

I liked to tell myself that I didn’t
keep track of how many heart attacks I suffered, but in these past six months I
had eight. The prior six months was five. The six months before that only two.
So it was clear which way things were headed.

Unless of course I died right now.

I wanted to cough, since I had fluid in
my lungs, but I couldn’t get in enough air. And I was burning up because my
skin had long ago lost the ability to sweat and dissipate heat.

The insulting part was if I managed to survive
this attack, I would experience them even more frequently. Because of my
mutation, my body would stack layer upon layer of new cells over the damage, trying
to make my organs more durable than ever, until my heart became so rigid it
would be incapable of pumping even if it was hooked up to the city’s electrical
grid.

I’d gotten used to heart attacks. You
can get used to anything, really. You don’t have a choice.

My doorbell rang, its steady
bonging
mocking my erratic heartbeat.

It was time for work. I managed to suck
in a big gulp of air and cough. I rolled on my side and reached out a hand.

My apartment was filled with modern art
sculptures that were welded to my metal floor. They were all roughly the same: sturdy,
multi-tier cylinders or rectangles. They were everywhere. People who came by
thought I was some weirdo art snob.

But it was because I fell down a lot and
couldn’t stand without their assistance. I wasn’t weak, far from it, but my
body was inflexible and outrageously heavy. I simply couldn’t bend my legs
enough to stand. At one point I had faces on the statues so they looked less
abstract, but when you’re having a heart attack, the last thing you want to see
as you writhe on the ground in agony is a bunch of uppity metal statues judging
you.

I leaned on the sculpture nearest me and
began hauling myself up with my arms.

My doorbell rang again. Why would they
ring my bell twice? They knew better than that.

After some minutes I managed to stand.
It felt like I had walked up a mountain backwards and then gotten kicked in the
head by an angry goat for my efforts.

I put on my jacket and opened the front
door.

“Sorry, Boss,” MTB said. “It was the new
guy that rung your bell again.”

I looked over and saw a tiny woman
standing on my porch with MTB. She had a freckled face and straight red hair
that whipped around wildly, unable to be contained by an assortment of clips
and braids. She wore the uniform of my Stair Boys.

MTB was my Deputy Kommilaire. “Kommilaire”
was the official name of the Stair Boys. MTB was a big guy with a square jaw who
liked punching people. He took his job very seriously.

There was a bit of the sadist in MTB,
but if I had to choose psychological disorders, I guess his was better than,
say, being a pyromaniac—we go to arrest some guy and he sets the building on
fire. Besides, this whole city was pretty sadistic, so MTB fit in perfectly.

I walked out of my apartment and the new
guy practically jumped over the railing to get away. I didn’t know if she
thought I was going to slug her or if I was that ugly and intimidating.

I was pretty ugly and intimidating,
though.

I squinted to get a better look at her.
One of my eyes was a bit cloudy. I didn’t know if it was cataracts, but my eyes
were too dense to be corrected surgically so it didn’t matter if it was
cataracts or my body was so massive it had its own atmosphere, complete with
clouds.

The new guy was definitely attractive.
Very petite. Not a particularly curvy body. She wore little in the way of
make-up except for some lipstick; I guess it was tough to match eye shadow with
freckles without looking like a clown. Her eyes were green as emeralds.

“So what?” the new guy answered, taking
it as a challenge.

“You will address Hank as sir or Boss,” MTB
yelled at her.

“She’s got some swagger, eh? I said we
needed forty new guys, why is there just one gal?”

“Boss,” MTB began weakly, “there’s just
no one who fits what you are asking. If you lower the requirements we could get
a lot of people. Everyone wants to join.”

She stepped forward with gusto.

“Walk with me,” I continued.

She was on the street in a hop and turned
around wondering where I had gone. I was inching my way down the ramp that led
up to my front door.

I never wore shoes because they simply
didn’t last on me because of my weight. I didn’t mind stepping in filth.

I used to have some special socks a long
time ago that were durable enough for me to use, but they stopped fitting and
there was no one left to alter them. And then I lost them.

We had six vehicles with us and maybe
thirty men. The rest of the Kommilaire were on different shifts or already
patrolling the city.

“Mount up,” MTB yelled to the Stair Boys
in the street.

The space station Belvaille was a solid
metal city fifteen miles by fifteen miles. All the buildings were steel alloy
and formed some kind of rectangle. You didn’t get fancy with designs on a space
station because you had a fixed amount of real estate and it could never
increase.

Belvaille was situated in the Ceredus
system of space, which still had the greatest number of functioning Portals in
the galaxy. The Portals were used by space craft to travel instantaneously to
locations many light years away.

Quite a few Portals had been damaged
during the war that had shattered the Colmarian Confederation. A war which may
or may not still be ongoing. Different people had different opinions on that.

It was unclear which empire, if any, Belvaille
belonged to now. What happened off-station didn’t really matter until it
spilled onto Belvaille. If some warlord said we were in his territory that
meant nothing unless he came down here to enforce his claim—so far, none had
succeeded.

About fifty years ago I had been elected
Supreme Kommilaire of Belvaille. The head of law enforcement. I had now been on
the space station for about 200 years.

Because of the war and because of
Belvaille’s central location, the city was filled with people. I had no idea
how many. Millions, I’m sure. There were three hundred Stair Boys to keep
millions of people in line.

“How long you been on Belvaille?”

She went around to a vehicle but came back
when she saw I was walking to a heavy lifter, which was basically a really
large fork lift.

“We’re not riding in one of the trucks?”
she asked.

“No,” I said, without further
explanation.

I stepped onto the platform of the heavy
lifter and gave the driver the go-ahead. The engine screamed as it tried to
hoist me off the ground. Valia quickly scampered up beside me.

A few years ago, as a joke, MTB had
attached a scale to the lifter to see how much I weighed. Before it broke it
showed that I was over 13,000 pounds. That’s why my body was failing.

I was taller than average, but not so
tall that my frame could hold six or so tons without issues. I was dense. So
dense that I could not only be shot with any firearm and be unhurt, but I
wouldn’t even feel it. I had no arches in my feet, most of my senses were dulled
or gone, I couldn’t touch the top of my head or my knees without falling over, and
I ate…a lot.

I was a mutant. It was something the old
Colmarian Confederation had routinely done to its citizens. The results were completely
random. I also healed rapidly. And when I healed, I grew even denser. The
problem was we were always healing. Our cells were constantly dying and being
replaced. My body was just too stupid to know that was normal.

Skies Like These by Tess Hilmo
The Queen of Water by Laura Resau
The Morbidly Obese Ninja by Mellick III, Carlton
HMS Marlborough Will Enter Harbour (1947) by Monsarrat, Nicholas
One Blood by Graeme Kent
For Richer (Vampire Assassin League Book 24) by Jackie Ivie
A Different Blue by Amy Harmon
An Embarrassment of Riches by Margaret Pemberton
The Life and Death of Yukio Mishima by Henry Scott Stokes
Siren Song by A C Warneke