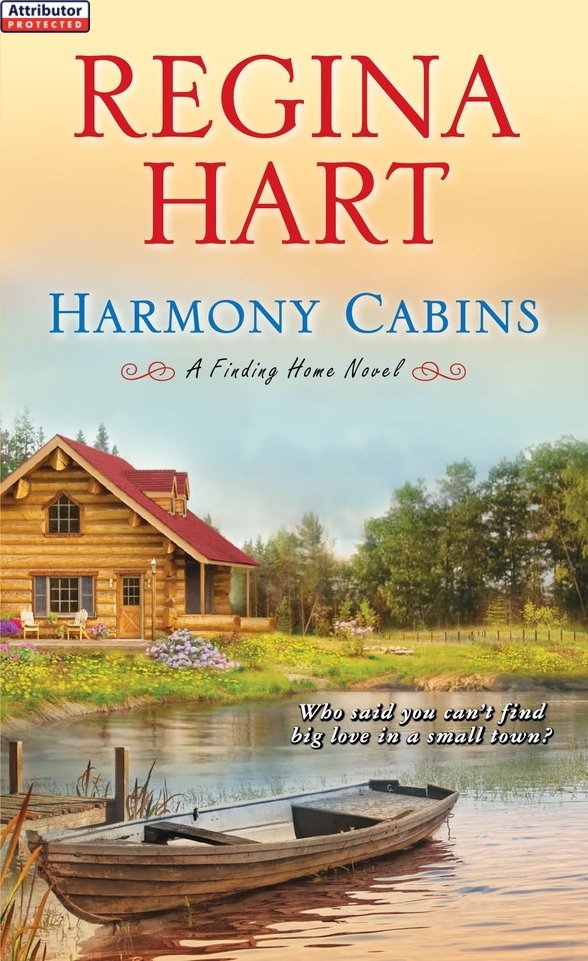 HARMONY CABINS
Audra didn't remember helping Jack repack the cooler. She didn't recall leaving the waterfall or walking down the hill through the woods. Her mind didn't clear until they arrived at her cabin. The gravel path crunched beneath her sneakers. She didn't remember putting those on again, either.
Jack climbed her porch beside her. “Did you eat the fish you caught Monday?”
She could still feel his hand between her thighs and he wanted to talk about fish? “Yes. It was delicious.”
“I was thinking of cooking mine for dinner tonight. Will you join me?” His quiet question caused the muscles at the tops of her thighs to pulse again.
Should she? “I don't know if it's a good idea for us to spend more time together.”
“I'm not suggesting we take our clothes off.” Jack's onyx eyes probed hers. “But I was serious when I said you're changing me, and for the better. I haven't laughed or even smiled much since . . . in a very long time. I'd like to get to know you.”
Either he was telling the truth or that was the best pickup line she'd heard in her thirty-one years of life.
She was playing with fire. Twice he'd shown her that with a look, a touch, or a taste, he could make her forget her best intentions.
But the fact was she wanted to get to know him better, too. “All right.”
Jack's smile was her reward. “I'll see you at seven.” He turned to leave.
“Should I bring anything?” Her question stopped him.
“No, I've got it covered.” And he winked at her. He actually winked.
Audra dug her keys from her front pocket, then let herself into her cabin. This was the way she would have felt if she'd had a date to her high school prom.
Also by Regina Hart
Fast Break
Â
Smooth Play
Â
Keeping Score
Â
Trinity Falls
H
ARMONY
C
ABINS
REGINA HART