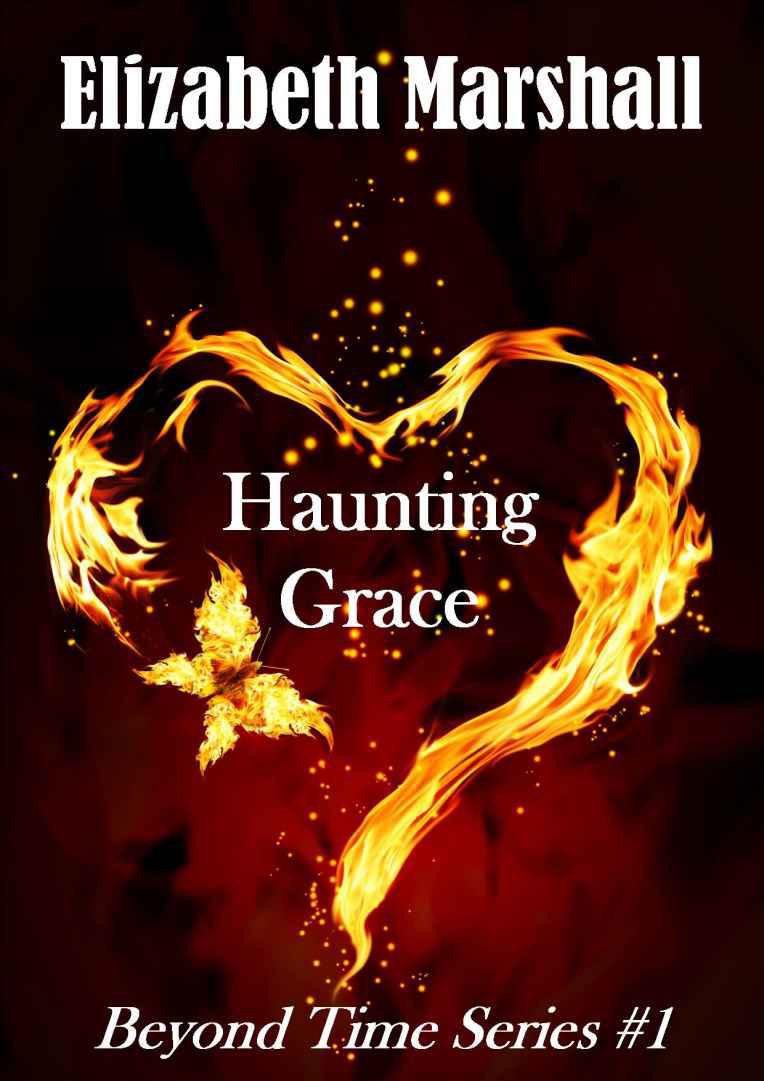 Having endured years of an abusive marriage, Grace Evans finally walks out on her loveless marriage and boards a train for York. Within hours of arriving in the ancient city, her life is changed forever by a portrait in her hotel room.

‘Haunting Grace’, ‘Changing Grace’ and ‘Saving Grace’ have been published in short story form to allow readers the opportunity to sample Ms Marshall’s work. These three books are part of a much larger piece of work; the ‘Highland Secret Series’.

‘Beyond Time’ is a compilation of the three ‘Grace’ books and is the second book in the ‘Highland Secret Series’. ‘Beyond Time’ will soon be available in both ebook and paperback format.

The first book in the ‘Highland Secret Series’ is ‘When Fate Dictates’; a full 90 000 word novel set in the Scottish Highlands and York and is available as an ebook and paperback.

The third book of the series, ‘Entwined’, is due for release shortly and will also be available in ebook and paperback format.

In the writing of this book the author seeks to tell a tale; a story of fantasy, mystery and intrigue. For the purpose of the tale, which is set in a real world at a real point in time, it has been necessary to include some historical facts and bias. However, it was never the author’s intent to write a book of historical fact or to reflect personal or political opinion in any way.

This book is a work of fiction. Names and characters are the product of the author’s imagination. Any resemblance to actual persons, either living or dead is entirely coincidental.

The Right of Deborah-Ann Brown to be identified as the author of this work has been asserted by her in accordance with the Copyright, Designs and Patents Act of 1988.

HAUNTING GRACE – Book One of the ‘Beyond Time’ Series

NOTE FROM THE AUTHOR

I dedicate this short story with all my love to my precious family, Andy, Sean, Kel, Ste, Rose, Dave, George and Emma - a tiny reminder of the many exciting adventures we have had over the years in the ancient city of York.

And to Eva Coppersmith! My friend, I have run out of ways to thank you. You are the best friend a girl could wish for. This past year has not been an easy one for either of us. May this story take you to a place of happy fantasy!

Andy I could not and would not have written anything without you beside me. You are my world and I love you with all my heart! For all the wonderful times we have snuck away to York together and the adventures that planted the seed of this plot, I thank you my love. For all the precious memories we have created together in York over the years – you put magic back into my life.

Oh, and you’re a pretty damn good editor and manager as well. Love you darling, so much. x

Kel and Ste for your patience, love and support, I thank you with all my heart. How you two put up with me, I will never know? Yet again you have stood with me and made this happen. You really are my guardian angels. To the two best proof readers and cover designers in the world, I love you both so much, thank you. x

Sean, where would I be without your guidance on plot and dialogue? Oh, yes, of course, everyone would sound like they’d just stepped out of a finishing school. Love you big lad so much and thank you for rescuing me. x

David, George and Emma – my little support team. Couldn’t do any of this without you. Love you all and thank you. x

Noreen Muller and Kim Bennett for being brave enough and kind enough to test drive this plot on its first draft. You are both absolute stars, thank you, so very much. x

Diane Castiglione for believing that I could write a ghost story and giving me the push I needed to do it. You are a lovely lady and a precious friend. x

Paul Anthony (author of ‘Bushfire’) and Sonia Rumzi (who wrote ‘Caring For Eleanor’) what would I do without you both? I value and cherish your friendship, support and kindness greatly. x

Sit back, relax and prepare yourself to meet some famous residents of York - the most haunted city in Britain!

The dark streets are overcrowded, noisy and foul smelling. The air is heavy and wet. The smell of rancid waste fills your nostrils and hits the back of your throat. Lowering your eyes to the ground, anxious to avoid stepping in the sludge of filth that carpets the street, you notice an old man stumble and fall heavily in front of you. His death is not your concern.

You turn and guide your horse off the main path of the street and onto the cobbled courtyard of a posting house. A stable lad is grooming a fine black stallion as you emerge into the yard.

“Any chance of a drink for my horse?” you ask, noticing a trough of water to the side of the yard. The lad nods in the direction of the trough.

It is 1680 and you are watering your horse at what is now known as ‘The Olde Starre Inne’ - York’s oldest licensed public house.

The air around you fills with the desperate cries of wounded and dying men and the unmistakable smell of blood and death hangs in the air.

Fear grips your soul as the sound grows louder and closer - but there is no one there, except you... and the stable lad.

The lad shrugs, “Ignore it! It is nought but the cries from the surgeon’s blade. Before my time, you know... back in ‘44, after Marston Moor. They brought their injured and dying here, used it as a bloody billet hospital and morgue.

“It is said the landlord was none too happy, him being a Royalist and all. Don’t suppose he had much choice, them Roundheads haven taken the city from Charles. Mind it wasn’t long after that they took his head as well.”

So, if you are ever in York, I dare you to take a wander up Stonegate. Look for the banner stretched across the street and take the entrance below. Go hear for yourself the cries of the dead as you lift your mug of ale and sup to King Charles and his head.

Not brave enough for the ‘The Olde Starre Inne’, well... why not try the ‘Cock and Bottle’? Ladies be warned however, of a man wearing a richly embroidered coat and tight fitting breeches, with dashingly handsome features and long, black, wavy hair.

George Villiers, the second Duke of Buckingham, born in London in 1628, was a close friend of Charles the second. He was a womaniser with an extraordinary talent for charming pretty ladies into his bed. So infamous was his character and reputation that his way with the ladies and his downfall from parliament in 1673 was immortalised in the nursery rhyme ‘Georgie Porgie’.

It is believed that on his retirement George bought a house on Skeldergate on exactly the same site as today’s ‘Cock and Bottle’ public house.

Apparently Mr Villiers is still there! His saucy ghost has been caught spying on young ladies in the shower, following them to the toilet and fondling and stroking pretty customers of the ‘Cock and Bottle’ pub.

Ok, but we only have time for one more, so grab a cup of tea and enjoy this, my last haunted tale for now!

Grace stood on the platform and watched as the train pulled out. She rearranged her handbag, bending slightly to grab the handle of her suitcase. Ten thousand pounds and a poxy suitcase on wheels was all she had to show for fifteen years of marriage. Well, that and her beautiful daughter. Jenny was fifteen, she needed her mother, but Jack had terminated the bond between Jenny and her mother many years ago. He was an influential man, a minister of their local church but what most didn’t know was that Jack was cruel, vindictive and jealous. Women loved him, parishioners loved him, Jenny loved him, Grace had loved him, once, but over the years he had sought to destroy that love.

Jack had left early that morning. A meeting in London required his attendance, missionary business, or so he said. More like missionary position than business. She gagged on the bile that rose in the back of her throat. He honestly thought she didn’t know what he was up to. That was all part of the excitement for him, thinking that he was doing something she wasn’t aware of. But this time she had confronted him, bravely calling his bluff. Jack had lost his temper putting his fist through a door, screaming and shaking as if on the verge of a fit, he had branded her mentally insane and irrational. Even her daughter believed she was deranged. How could she think any different? The child adored her father; he could do no wrong.

For years she had hoarded money. The odd ten pound note here and there, carefully tucked away. Two months ago she had found the courage to open a bank account in her own name. Now she had escaped his tyranny, she was free. Clutching her handbag she nervously scanned the platform.