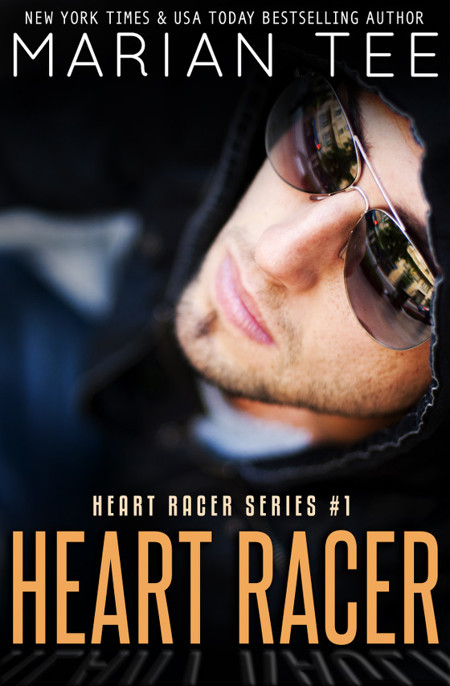 With the elections coming up and his father wanting a seat in Parliament, Leandro Christopoulos needed to reinvent his public image from playboy underground motor racer to boring upright role model.

The solution: Bobby Granger. Bobby, which was short for Roberta, supposedly the smartest girl in school and recently voted as Young Philanthropist of the Year.

Unfortunately, she was not his type - snarky, old-fashioned, bookish, and most importantly of all – the kind who needed to be in love before going to bed with a guy.

High maintenance was his first thought. Find another girl was what his initial instincts told him. But then Leandro accidentally saw her naked, and he knew he was just going to have to lie about falling in love with her.

“I didn’t know Derek Christopoulos had a brother.”

“Oh my God, they look so much alike. They must be related.”

“Somebody pinch me. I must be dead or dreaming. I’m about to have an orgasm just looking at those two. It’s not right to have them together like that. They’re going to have all of us running out of oxygen. Oh my God, they’re coming this way—”

Leandro Christopoulos looked at his older cousin with faint amusement in his gaze, which was the same dark blue shade as Derek’s. Both of them were also tall, dark-haired, olive-skinned, and rugged-looking, all typical characteristics of their Greek bloodline.

Giggling, shrieking, gawking – everything one would expect from groupies for rock stars. That was how the girls were acting around them. It was insane.

He commented dryly in their native language, “How does your Jaike stand this mass hysteria about you?”

Derek flushed. “It’s not something I court deliberately.” There was the slightest defensive tone to his voice.

Leandro smirked. “Your problem as always is that you’re too friendly and charming, like a damn prince.”

“I am what I am, and Jaike knows I only want her.” Derek tapped the ring on his finger pointedly.

The engagement ring had Leandro shaking his head. Although his cousin was older than him by several years, Derek was still too young in his opinion to get engaged. He had already met Derek’s fiancée Jaike of course. She was a lovely girl, but that didn’t mean Derek had to marry her right away.

Derek was one of the most eligible bachelors in his country – scion to a political dynasty and heir to a Greek business empire. Why would he tie himself down so early in life? Was Derek truly foolish enough to believe that what he had was true love instead of a result of strong compatibility and sexual attraction?

“And finally, here’s the cafeteria,” Derek said, drawing Leandro out of his thoughts. “It’s one of the most beautiful in the world, winning awards all over.”

Leandro nodded, considering his surroundings with feigned interest. It was beautifully decorated in wood and cream, looking more like a hotel lobby than a canteen for students.

Derek considered his cousin thoughtfully, thinking carefully about what he had to say next. Finally, as he was loathe to speak dishonestly, he said with care, “I know why you’re here. Your mother has told my parents, who in turn told me. I’m not the type to meddle so rest assured that I will not try to dictate to you in any way. However, I also ask that you respect all the major rules, as I wouldn’t want the university to have any kind of unsavory reputation that could be linked to our name.”

“Understood.” And Leandro did. Derek only meant one thing – and that was
not
to join any more underground races.

“Do you have any other questions?”

“Yes.” Leandro paused then asked seriously, “Can you recommend any girl who’s likely to win my parents’ approval? I need to have a girlfriend by this weekend.”

Derek’s eyebrow shot up. “
A girlfriend
?”

“Preferably someone boring and plain, super smart, a good girl that any mother would love to have as a daughter-in-law.”

“Good girls would run away from the mere sight of you.”

A sexy smile flashed on his lips, but it did not reach Leandro’s eyes, turning him into a coldly beautiful man. “I don’t think there’s any girl who’d reject all that I have to offer.” He wasn’t boasting but merely stating a fact. He had been receiving propositions from extremely gorgeous women twice his age as early as thirteen years old.

“Well, I won’t be able to
recommend
anyone to you. That’s no different from offering a sacrificial lamb, knowing you’re likely to hurt any girl dating you.”

“But it will hurt so
good
,” Leandro countered, and as if proving his point, he allowed himself a slight smile.

The girls around them
sighed.

Derek shook his head. “Whatever it is you’re planning won’t work. My advice to you – if you need a girlfriend, then find someone to fall in love with.” He checked his watch, frowning when he realized the time. “I have a meeting with the board in a few minutes. Should we go back?”

“I think I’ll stay here for a while, maybe grab a bite or something before I head back to my room. Are we still on for tonight?”

“Definitely. Jaike’s excited to cook dinner for you.”

Leandro suppressed a groan. “Please tell me it’s not—”

“It is. So you’re going to fucking swallow every spoonful, and afterwards you’re going to tell her you enjoyed it.” Derek bared his teeth in a smile. He meant every word. He wasn’t going to let anything or anyone upset the woman he loved in any way.

Leandro did groan then. Jaike’s cooking was horrible, more so when it came to Greek cuisine. “You’re a fucking sadist.”

He choked. “Did you really just say that with a straight face?”

Derek only smiled, and unlike his cousin’s, this one reached his eyes, making the girls sigh even more loudly than they did when they experienced the seductive potency of Leandro Christopoulos’ smile. “One day, you’ll find another girl that you’ll love even more than your bike. And then I’ll be the one laughing at you—”

Leandro smirked. “Not ever going to happen, cousin.”

Roberta “Bobby” Granger was on her way back to her table when she realized belatedly that it wasn’t
her
table anymore.
What the heck?

She hurried towards her table as quickly as she could without upsetting the contents of her tray. Her mood hadn’t already been good to begin with, considering the text message she received earlier this morning. And then
this
.

When she reached her table, she said politely, “Excuse me.” The guy on
her
table taking
her
seat was tall – enough for him to be almost the same height as she was even while seated. Maybe the fact would have been intimidating to others, but not her.

When he still didn’t turn around, she cleared her throat and said more loudly, “Excuse me!”

He turned slowly, his move screaming of reluctance, and it made Bobby grit her teeth. The glass of soya
milk on her tray slid a little to the left.
Drat.
“That’s my seat, mister,” Bobby said as she adjusted her hold on the tray. “So if you could please—” Bobby looked up and forgot the rest of what she had to say.

Beautiful
was her first thought.

Was it truly possible for anyone to be this beautiful? It didn’t seem fair. Midnight black hair and olive skin that spoke of a Mediterranean heritage as well as stormy blue eyes fringed with long dark lashes that she would personally kill for. He wore a simple white shirt and a rugged-looking pair of jeans, and he had what looked like a
griffin
tattoo wrapped around his arm.

When she didn’t say anything, he turned his back on her.

Bobby’s temper snapped. “Excuse me,” she said again, this time between clenched teeth. Her arms were beginning to ache at the weight of the tray as well, making her even more annoyed.

What the hell was her problem?
The sound of the pissed-off voice had Leandro Christopoulos closing his eyes. This girl seemed to be more insistent than most. Or maybe it was because he was in America and people weren’t yet familiar with his moods. Back home, girls had known by his reputation that Leandro didn’t care to have his privacy interrupted unless he had given the signal for them to approach him. Otherwise, he was left alone – like he should be now.

The words and how the girl was practically hissing at him had Leandro incredulous. He turned around again and demanded curtly, “What do you want?” He just wanted this over with.

He looked at her more closely this time. Auburn hair that had him almost snorting.
Typical.
Flashing green eyes and an oval face that was flushed with anger. His gaze traveled down. Oversized buttoned-up blouse –
boyfriend shirt
was how his younger sister described it, if he remembered correctly – paired with regular jeans and flats.

She told him frostily, “You’re in my seat.”

He made a show of looking around and even checking the back of his chair. “I don’t see anything here that has your name on it.”

Bobby gasped, unable to believe someone so beautiful could be such an
ass
!
But she should have expected it
, she thought, teeth gnashing. Beautiful people were always like this. She really should have known better.

Juggling her tray because her arms were killing her already, “I left my book on the table so that people would know I reserved it.”

Following her gaze, Leandro saw that she had indeed left a book on the table – something he had failed to notice because he had been too distracted with his thoughts. Leandro rarely found himself in the wrong, and the fact that he was now didn’t sit well with him at all.

He said brusquely, “You may sit down on the other chair then.” He waved towards the vacant chair opposite him like a king bestowing a favor on a slave.

May? She may sit down?
Who the hell did he think he was? Fed up completely now, Bobby slammed the tray down on the table.

“Are you
dense
? I was here
first
so I have the right to kick you out of the chair.”

Leandro answered by slowly looking at the girl up and down. She was – what? Two inches over five feet? He was more than a foot taller than she was and probably double her weight. He said dismissively, “You can try.”

Start Your Own Business by The Staff of Entrepreneur Media, Inc
Holy the Firm by Annie Dillard
A Creed for the Third Millennium by Colleen McCullough
You Get What You Pray For by E.N. Joy
On the River Styx by Peter Matthiessen
Grave Consequences by Dana Cameron
Growing Girls by Jeanne Marie Laskas
Heat Wave by Nancy Thayer
Hands of the Traitor by Christopher Wright
Centennial by James A. Michener