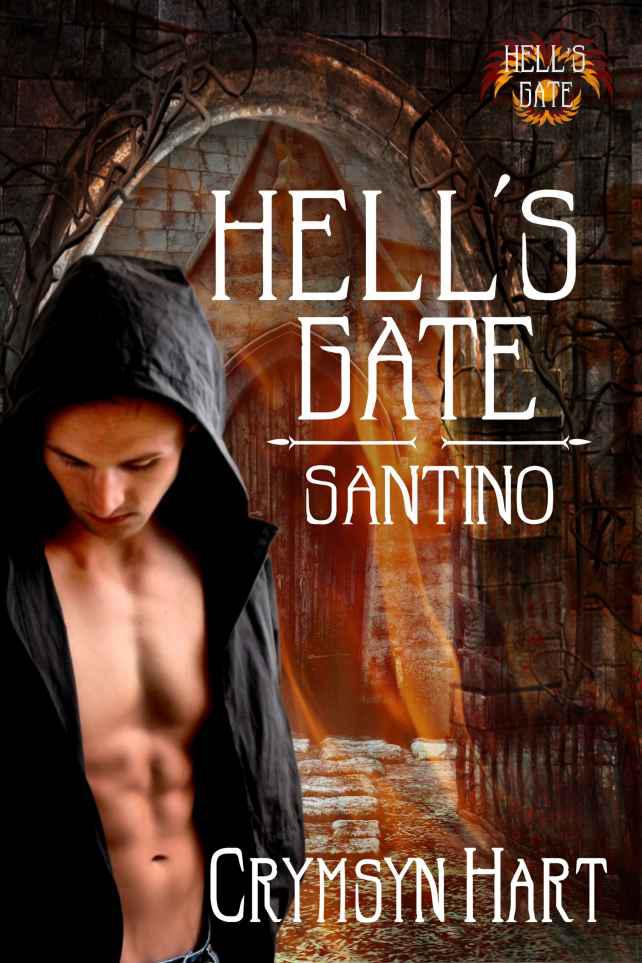 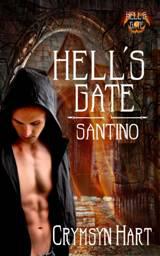 This is a work of fiction. Names, places, characters, and events are fictitious in every regard. Any
similarities to actual events and persons, living or dead, is
purely coincidental. Any trademarks, service marks, product names, or named features are assumed to be the property of their respective owners, and are used only for reference. There is no implied endorsement if any of these terms are used. Except for review purposes, the reproduction of this book in whole or part, electronically or mechanically, constitutes a copyright violation.

One kiss was all it would take.

April scrutinized her reflection one more time in the mirror. Red hair perfectly in place, fastened to her head so it didn’t escape past her shoulders. Rouge on her pale cheeks to give them a little color. Light blue eyes set under darker red brows and a round face that made her appear younger than her age. It was tiring for her to get carded everywhere she went because no one believed that she was twenty-seven. Although Cindy, her best friend, said she should be grateful for the youthful look because in twenty years she would be passing for thirty when she was nearing fifty. April wasn’t so sure about that because her mother had never looked young for her age. But what was age in the long run when she had years ahead of her?

She adjusted her black shirt, pulling it up so it wouldn’t expose her breasts. Irritation rolled through her because by fiddling with the fabric, it revealed more of her stomach than what she was comfortable with. The fire engine-red vinyl leather pants hung low on her hips. They were a little big for her since she borrowed them from Cindy, the one who was dragging her to the club. Cindy had been begging her to accompany her for weeks. After turning her down so many times, April’s walls had finally crumbled and she had given in. Going to the
goth
/fetish club was completely out of her league. She even hated going to bars. But Cindy’s doe eyes had worn her down.

April leaned across the counter to re-examine her makeup and double check there wasn’t any lipstick on her teeth. Satisfied with her appearance, her gaze left her reflection and caught the postcard advertisement for the club. Set on a glossy black background, it showed a scantily clad woman dressed in red leather, holding a pitchfork and hanging off a metal fence. The devious smirk on her face made April wonder if the model was really from hell because her makeup was expertly done; she could have been a real hellion. The horns gave away that she was something more than human. The name of the club was arched across the gate and written in flames. Hell’s Gate. A shiver ran through April as she thought about what would happen at the club. She figured that she was going to meet some very strange people. But she put her preconceived notions aside. Tonight was about fun. With all the stress in her life, being able to unwind was something she needed.

The doorbell rang. April shook herself from the path her thoughts were taking. It wasn’t a good idea to be caught up in the grief that had gripped her. Losing her mother was the hardest thing she had experienced. They had been best friends and now she was floundering.

April ran to get the door. Outside, Cindy was dressed in a black leather skirt that barely covered the bottom of her ass cheeks. She wore a red leather bustier with a short, black leather jacket over it. Her black hair was spiked. Silver contacts peered out from under her heavy lashes. Fishnet stockings adorned her shapely legs and she wore fuck me red stilettos. The whole outfit seemed to be from a bad horror movie.

“Yeah.”
April looked down at her outfit. She ran her hands over her shirt and readjusted it once more. “There’s nothing wrong with it.”

Cindy crossed her arms over her chest. “And that’s your problem. You got all the assets, hon.
Bigger
tits than me.
A body to die for and gorgeous hair.
But you hide it under unflattering clothes.”

“I’m not having this discussion with you now. Either you accept that I’m wearing this, or we can stay here for the night.”

“No way!
After all the shit you’ve been through, this is something you need. I’m not going to stay with you one more night while you wallow and eat another pint of ice cream. I don’t think my waistline can take it.” Cindy checked her watch. “Fuck. We’re running late. I wanted to get there by now, but it took me forever to do my hair. I hope he doesn’t stop early. As it is, there’s going to be a line. I can fix this.” Her friend pulled her top down so April’s scarlet satin bra showed. She started to protest, but the other woman slapped her hand away.

“Who’s this
he
you’re talking about, and what about a line? I thought we were going to dance. You said that no one cares what you look like at this place and people leave you relatively alone. I didn’t sign up for waiting in line to see someone.”

Cindy waved her off. “You’re going to have a good time. I promise. And no one will bother you. Maybe if they say hello or something. But the regulars won’t hit on you. I’ve been here with Cleo, from work, a bunch of times. This place is awesome. They have a dozen or so different fetishes you can try. Cleo was the one who told me about the particular one that I want to check out. You have to try it with me, but we
gotta
go or the line gets really long. He only takes a certain amount of people during the night.”

April rolled her eyes. It seemed she was getting in further over her head than she had bargained for. “So what makes this guy so special? What kind of fetish does he do? Tie you up and whip you? Tickle you until you beg for mercy? Smack your ass with a paddle until you bleed?”

“Of course not.
Those are for the vanillas
who
walk off the street and don’t know what they want. This guy kisses you.”

April chuckled. “That’s it? He kisses you and nothing else?”

A knowing smile crossed her friend’s lips. “Oh, there’s more than that. Cleo gave me the lowdown on her experience and said it was better than sex. I’ve been dying to try it, but he’s only there a couple of times a month. Come on.”

Cindy grabbed April’s arm and pulled her out the door. April clutched her purse and knew there wasn’t any way she was escaping. Nothing about what her friend said about playing tonsil hockey with a strange man sounded intriguing to her. April didn’t even kiss anyone until the third date. Most guys didn’t appreciate that, but it weeded out the bad seeds, in her opinion. If they couldn’t wait to jump her bones, then what was the point in dating them?

Twenty minutes later, they stood outside the club. April rubbed her arms from the chill that tinged the night. A shiver snaked along her nerves as she stared at the blackened bricks of the nightclub’s exterior. A long line of patrons wound around the corner of the building. People chatted around her while they waited to get in.

“This is bullshit. We’re never going to get in to see him.”

“It’s not the end of the world. We can always come back another night.”

The line began to move again. Cindy grabbed her arm. “Not on your life. It’s only eleven. This place stays open until four in the morning. I’m sure we’ll be able to see him. Besides, I’ve been anticipating this all month.”

April giggled from a quick image that flashed through her mind.

“Nothing.
Just the vision of you rehearsing your kissing as if you were a teenager in the bathroom mirror waiting for your hot date.
I can see you puckering up to the glass and waiting for it to kiss you back. Or maybe you were checking your technique.”

Her friend’s cheeks reddened. She looked down at her shoes and then back at April. Cindy shifted and then glanced back at the club. “I did no such thing.”

April punched her arm lightly. “You did. Oh my God! You were practicing for tonight. Please don’t tell me you were actually placing your lips on the mirror. Next you’ll tell me you were kissing your hand.”

“You’re such a bitch. Now keep going. We’re almost inside.”

She rolled her eyes and moved with the line. They had finally come to the entrance of the club. At the entry was an iron gateway, the same as on the postcard. Forged in metal was the name Hell’s Gate curved along the top of the opening. Flames burst high into the air from large iron pipes set next to the gate at certain intervals. Then the gate would alight as well. Every time it did, the air smelled of singed hair. April bit her lip when they paid the entrance fee and then walked into the club.

The scent of stale cloves mingled with the sweat of the dancers. Layered on top of that was the tinge of alcohol. April tried to steer clear of the crowd mulling around the bar. A blue head of hair danced behind the bar. The bartender moved as if on fast forward the way she handed beers and other drinks to the patrons. After a moment of watching her, Cindy tugged on April’s arm, luring her deeper into the dark, foggy atmosphere. People bumped and ground against one another on a small stage at the far end of the room. New wave music with a sinister undertone blared through the speakers. The music selection wasn’t one she would add to her CD collection. Classic rock was more her kind of speed. The whole scene was so
not
her thing.

The more April saw, the more she realized this wasn’t like any other club she had attended or what she had pictured. This went beyond anything that Cindy had described. People were tied up on racks in one section. Groups of onlookers gathered around the displays. They watched some being whipped. Others had feathers dragged along the expanse of their bodies. Each of them writhed from whatever was being done to them. Some were led around on leashes attached to their nipple rings. April saw one pair who had chains suspended from their lip piercings, which were attached to leashes. Some were suspended from the ceiling with ropes around their body. People were completely dressed in latex suits. In another corner, men were worshipping women’s feet. She paused and watched a handsome man crawl over, pick up the dominatrix’s boot, and lick the sides of it. April had only been familiar with this sort of thing from movies and books. The club was a smorgasbord of arcane delights for any voyeur or connoisseur of fetishes.

Whatever After #6: Cold as Ice by Sarah Mlynowski
Something's Fishy by Nancy Krulik
Dead to Rites by Ari Marmell
Exile for Dreamers by Kathleen Baldwin
Deep Into The Night (Hartz Island Series) by Loy, Tracie Ingersoll
El Cuaderno Dorado by Doris Lessing
The Age of Reinvention by Karine Tuil
The Romanov Conspiracy by Glenn Meade
Zombie Bitches From Hell by Zoot Campbell
Sweet Carolina Morning by Susan Schild