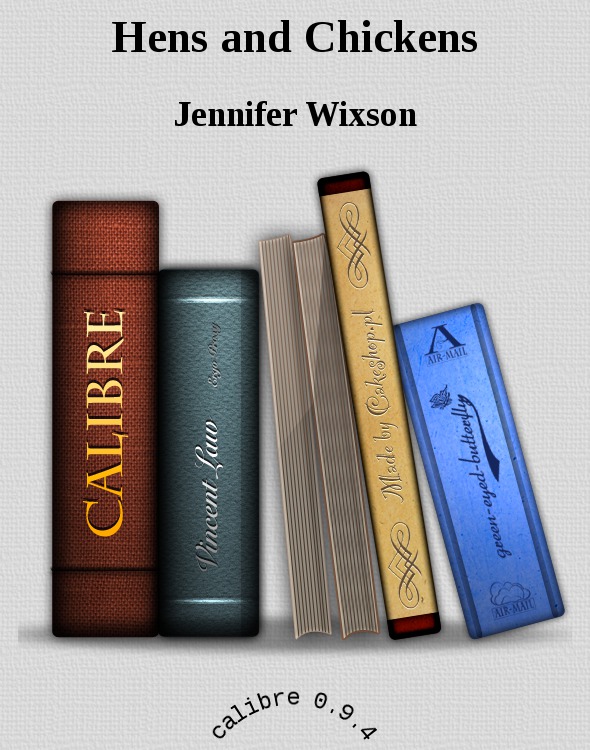 a story about love

This book is dedicated to:

my husband, the Cranberry Man, who loves me despite my odd ways and ill humors

AND the late Miss Bess Klain of Norway, Maine, who inspired four generations of “children” with her zest for life and love of music.

Chapter 7 – The First Day of the Rest of Her Life

Chapter 21 – Lila and Rebecca at Home

Chapter 26 – Picnic at the Millett Rock

Chapter 30 – The Devil Tries for a Toehold

I’m not sure why we 21
st
century pips isolate ourselves from the joy we need to thrive; but we do.  It’s almost as though a new breed of genetically modified humans (GMH) has evolved out of the prior century, humans with hearts that cleave apart from our flesh as easily as freestone fruit. Some of this evolution can be blamed on forces beyond our control, such as the Great Recession. And some can be attributed to our own feelings of powerlessness, which became pervasive after 9-11.

But powerlessness, my pips, is an illusion. What
is
doesn’t necessarily have to
be
, as my story—a little tale about hens and chickens; pips and peepers; love and, well,
love
—hopefully reveals. But maybe I should start at the beginning, before I clamber up onto my soap box. There will be plenty of opportunities for
that
, later on.

Although I wasn’t present at the beginning, I was told later in sacred confidence (not now betrayed—I’ve been authorized to share this little tale) that our story begins in Boston, Massachusetts, on a Friday in late February, 2012. It was a damp, chilly day, with that wet-dog smell characteristic of an early New England spring. The train was late (“as usual,” my source tells me) but our heroine, 27-year-old Lila Woodsum, pushed spritely through the shiny glass doors of the downtown office building,
chugged
up the tired old elevator to the 5
th
floor, and cheerfully presented herself at her outdated cubicle in the insurance office of Perkins & Gleeful, Inc. at 8:51 a.m.

“No, I’m not—I’m nine minutes early,” Lila corrected. The waifish twenty-something shrugged out of her Boston pea coat and pulled off her black cashmere scarf. Her skinny-leg jeans and oversized wool sweater made her appear even taller than her 5-feet, 7-inches. Lila tossed her outerwear over the side of the cubicle and shook free her chickadee-like cap of shiny black hair. She turned around and grinned at her older co-worker. “BUT I would’ve been late if I’d stopped for my usual coffee. I hate it that I’m soo conscientious!”

“That’s what I meant; you’re late for
you
,” said Rebecca. She was a short, pleasingly plump brunette in her late forties, with a pretty face framed by soft, copious curls. “Did you get my text?”

Lila fished in her coat pocket for her smartphone. “Oh, yeah. I just forgot to look at it. What’s up, Becca?”

“I’m not sure. Cora’s been locked in her office since I got here.”

Instinctively, Lila turned to examine the closed wooden door of a small side office allotted to the Perkins & Gleeful office manager, “Queen” Cora Batterswaith. A venerable insurance company, Perkins & Gleeful, Inc., was founded in 1889 and currently employed 1,136 people in the New England states. In the forest of insurance companies serving the Greater Boston area, Perkins & Gleeful was the oak. However, since (and perhaps prior to) the Great Recession, the company, like many others in the insurance industry, had been experiencing an internal black-rot, a crumbling of values and practices, which threatened to destroy the company from the inside out. (That the rot was wholesale throughout the entire financial services industry in the 21
st
century does not justify the dissolution, much as the comfort in numbers might help the upper echelon to sleep at night.)

However, if Perkins & Gleeful was the oak, Lila Woodsum – young, flexible, unorthodox – was the birch, not the delicate paper birch but the pert silver birch that tenaciously fights for its rightful place in the sun against the larger trees of the forest. Lila, honest by nature, would also admit that her own personal history also contributed greatly to her present dissatisfaction with life in the 21st century.

Rebecca, who did not like Lila’s derogatory nickname for their supervisor, nonetheless let the slur pass. She bit her naturally ruby lip. “I know; strange, isn’t it?”

Lila registered her best friend’s slip. She also noted the worry in the usually serene face of her motherly co-worker. She knew only too well that a regular paycheck was an absolute necessity for Rebecca, who supported a daughter in college, as well as herself, on her modest (by Boston standards) salary. Examining the office manager’s closed door, Lila felt her own anxiety begin to rise, swirling upward like the winter mist from the Charles River. Automatically, Lila clamped her feelings into lockdown mode, a necessary technique she had unfortunately learned at a very early age.

“Cora’s been in there with the door closed since I got here at 8:30,” Rebecca whispered.  “She’s arguing on the phone with someone. I hope we’re not …”

“Omigod, not the pink slips, again!” Lila interrupted. She plopped down into her cheap office chair and offered her partner a reassuring smile. “Please, Becca – the Recession is soo over!”

“WHO will hear me? Look around you, Becca. In case you hadn’t noticed, there’s nobody else here. You and I, we MADE it.  Our jobs are safer than they were five years ago when I was hired onto the marketing team—what were there then? Seven of us? And now we’re down to TWO? They can’t afford to let any more of us go or there won’t even be a marketing department. SOMEONE has to promote Perkins & Gleeful—the Queen sure isn’t going to do it.” Despite the emotional lockdown, Lila was unable to keep a rising modicum of anger and scorn from her voice.

Rebecca glanced doubtfully around the huge, empty floor, now peopled with vacant cubicles. She sighed. What Lila said was true: once there had been seven employees in the marketing department, now there were only two: herself and Lila.  “They do outsource a lot of stuff nowadays, though,” she added, apprehensively.

“Outsourcing is soo 20
th
century,” said Lila. “Really, Becca, you’ve got to get with the times.”

“And that’s part of the problem,” Rebecca cried, seizing her opportunity. “I’m old and you’re young! Companies like ours want young people to work for them because they think younger people are up to date with the modern technology.” She paused for a fraction of a second. “Do you think I should dye my hair?” she added, anxiously.

“Yeah, and they think they can pay younger people a lot less, too,” said Lila. “That’s really what is driving employment these days—the Almighty Dollar! That’s why companies like ours try to squeeze more and more work from FEWER employees.” She flipped open her work laptop and powered it up.

“At least we have a job; I’m grateful for that!”

“And that’s what they want—they want us to be very, VERY grateful,” Lila said, scrolling down through her email. “Just for the record, I thought you DID dye your hair,” she added, without looking up.

“Nope,” said Lila. She shifted in her seat in order to give her partner and best friend her full attention. “Look, Becca, I think you worry too much about getting laid off,” she continued, honestly. “Cora can’t write code; she doesn’t know HTML and she’s probably never even heard the term ‘metadata.’ ” Lila glanced back at her screen, momentarily distracted. “Omigod; I’m up to 2,000 followers on Twitter @PGleeful!”

“Tell me about it. I don’t know how I make the company sound so interesting!”

Both women giggled, and Lila was gratified to see her friend begin to relax. Surreptitiously, she breathed a sigh of relief.

Suddenly, Rebecca’s cubicle phone buzzed. Startled, both women jumped. Rebecca answered the call mechanically, and Lila watched as the blood drained from her friend’s already winter-pale face. She could hear the tell-tale, high-pitch voice of Queen Cora on the other end.

Rebecca dropped the phone back onto the receiver. “She wants to meet with me in her office,” she said. “Now!”

Lila clenched her fists under her desktop so that Rebecca couldn’t see. “Don’t panic,” she advised her older friend. “Cora probably just wants to vent. Some numbers came in and she caught hell from Kelly. Obviously, they’re not looking at MY numbers on Twitter.”

Rebecca smiled weakly and rose from her outdated office chair. “I really think this is it. I could tell by her voice.”

Lila tittered in a vain attempt to laugh it off. “Well, then, it’s been nice to know ya—I’ll see you in the unemployment line!” She watched as her professionally-dressed, 5-feet, 2-inch friend straightened her back and walked woodenly toward the side office.

Lila turned to her laptop and pretended to read her tweets, but all the time she was keeping her eye on the closed door. She was startled, therefore, when someone tapped on her shoulder. She hadn’t even heard Vice President Joe Kelly coming up behind her. She jumped slightly, and cursed herself inwardly for revealing her anxiety to him.

“Joe, sorry, I was concentrating on my emails and didn’t hear you. Would you believe—we’re up to 2,000 followers on Twitter!”

“Can I see you in my office for a minute, Lila,” her gray-suited boss replied blandly. “Now, please.”

Without waiting for her answer, Kelly turned on his heel. Lila watched him walk quickly back to his office, obviously expecting Lila to jump up and follow him. “Now, please,” she mimicked.

Lila felt an intense longing to rebel. She glanced at the side office. No sound, no movement. No nothing.
Was this … IT?

Lila rose reluctantly and followed Kelly down the corridor past the empty gray cubicles of the marketing department. Her mind flashed back to her early days at Perkins & Gleeful five years ago. When she had begun working at the insurance company, the cubicles had been full of laughing, joking, hard-working Bostonians, a vibrant collection of humanity of all ages, shapes and sizes. There was Black Irene, rotund, jolly; Silly Billy Timms; Susan Medley – the list went on and on. She remembered thinking to herself that first day:
“Omigod, I feel soo out of place! Everybody knows everyone else! I’ll never be able to remember all their names!”

But within three months, Lila not only knew all their names, she had come to know and love most of them intimately. When Lila’s mother and step-father were killed in a boating accident in 2009, it was to her office family that she had turned for much-needed emotional support. There was Shelly Thompson, with her excessively-spoiled Siamese cat that was always escaping when it came into heat, Shelly, who had helped her pick the outfit for her mother to be buried in; and then Carl Esler, the gay water cooler gossip, who had held her hand through her mother’s funeral service. And now—now there was dust, deathly quiet, and decay.
Welcome to the New World Order of corporate America,
Lila thought.
Welcome to the 21
st
century!