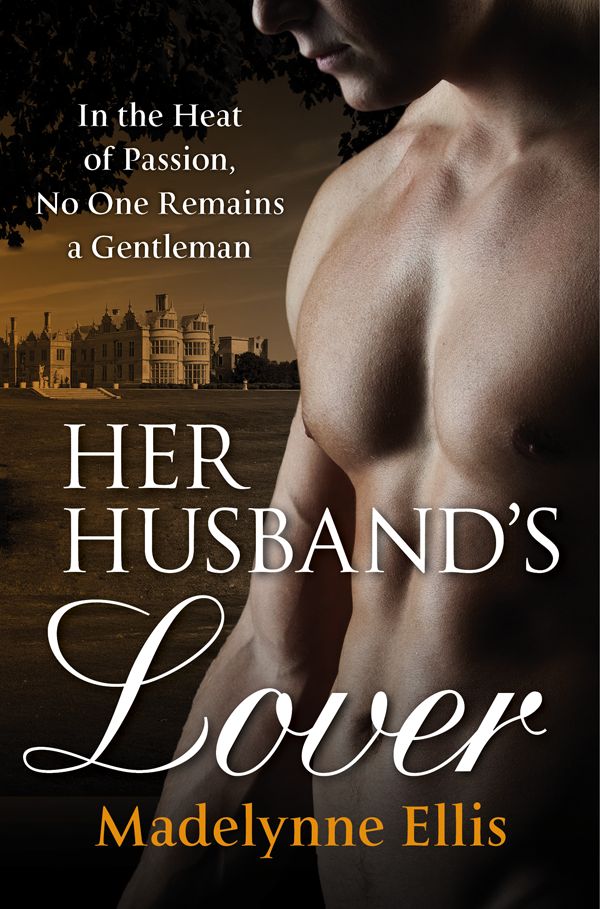 Emma Langley, who never touched anyone if she could help it, wanted to touch
him
. More specifically, she wanted to comb her fingers through the fiery strands of his hair and trace a fingertip down the ridge of his rather sharp nose. There were other more startling thoughts tumbling around her head too, but Emma took no account of them. It was quite shocking enough that she wanted to reach out and touch a person’s skin, without contemplating anything more daring.

Perhaps she’d drunk overmuch wine at dinner. The delightful Mr Aiken had never let her consume more than a sip before being ready to pour her another. But no, she didn’t think the wine to blame. Heavens, if it were that simple, she’d have taken to frequent tippling years ago. Rather, there was something quite special about the man – being, as he was, Lord Darleston, the eldest son of the Earl of Onnerley. A man, if certain recent newspaper epithets were to be believed, known for his perverse tastes and unnatural practices.

Of course, she gave no truck to such libellous speculation – well, maybe a little. Her father would never knowingly have invited such a wretch into his house. Rather, she supposed Darleston had enemies and slurring a rival’s reputation required little wit or ingenuity. Although – a smile stretched the corners of her lips – perhaps perversity could be attributed to his choice of evening wear. In a room of glorified dandies, Darleston alone wore brocade. Black knee-breeches disappeared into gleaming top-boots. They on their own invited only minor remark – they were in the countryside – but his coat … that was a triumph: ostentatious but not in a vulgar fashion, being formed, as far as she could tell through the glass, from black Florentine silk. It sported huge lapels in contrasting red and every seam, every buttonhole, was edged in gold filigree.

She wanted to rub up against him and trace every thread.

Emma looked at her fingers in suspicion; the notion of desiring contact was so very strange to her. Then she curled the digits over her lips to hide her smile.

‘Well, sister, what say you? Will any of them do?’

Emma turned her head as her sister inched closer to the dining-room window. The moment their skirts brushed, Emma recoiled, leaving Amelia in possession of the ledge.

‘I should think not, dear heart, for there are only Aiken, Connelly and Bathhouse whom you might consider and none of them to your tastes. The other gentlemen are already wed.’

‘Surely, not all?’ Amelia strained onto her toes for a better look. She was a good few inches shorter than Emma, and her view of the interior was largely restricted to the tops of the gentlemen’s heads. ‘Why do you dismiss Bathhouse? Connelly I can understand – he is always so bilious and red about the nose – and I know Aiken is quite besotted with that ninny from the Walshes’ party, but Bathhouse seemed most attentive earlier. And he’s young. That has to count for something, does it not? I shan’t want an old man.’

‘Gracious, Amelia! None of them is a day above forty. As for Bathhouse, why, he hasn’t two farthings to his name. He takes work as a tutor. Father would never approve.’

‘Well, I shouldn’t mind. At least one might assume he has a brain unlike most of the horrid popinjays I’ve been paraded before.’

Emma clucked in disapproval, a habit that seemed unavoidable in her sister’s company. Most would assume snobbery to be behind their father’s determination to provide them both with decent matches, but Emma knew the truth was far more practical. He wanted them never to starve – a condition he was more closely familiar with than any of his gentleman companions would believe.

Amelia continued to bob up and down, trying to catch a proper glimpse of Mr Bathhouse. Emma shook her head in dismay. She would have to maintain a close watch upon her sister and perhaps steer her in another direction. She stepped out of the flowerbed and gave a stamp to remove the soil from her shoes. ‘Come away now, dear heart, it’s time we went in. Father has very nearly finished his brandy.’ He only ever drank one glass and always left a dribble the size of a guinea in the bottom to appease the good-luck fairies, a practice that had apparently paid off. The Hill family fortunes had certainly improved since the days of Emma’s childhood. Heavens, they were now entertaining an earl’s son. In their threadbare past the only guest they’d had was the debt collector, from whom they’d unsuccessfully hidden.

After a little cajoling Amelia stepped away from the window.

The lawn of Field House lay in golden shadows, the last vestige of the late sun still streaking the evening sky. Swarms of midges hung beneath the hollyhocks and the other encroaching foliage as the two women climbed through an open sash window back into the homely comfort of the drawing room.

Field House was for the most part rather staid and masculine in design, but the drawing room had been decorated by their late mother and showed a more feminine touch. Colourful embroidered cushions nestled between the more recently acquired porcelains and elegant damask-covered chairs. Wildflowers arranged in jugs added bright flashes of colour to even the dimmest corner far from the hearth. It was the only room in the house Emma associated with joy.

‘I didn’t see Lyle,’ Amelia commented, as Emma lifted the teapot to give it a hopeful shake. By the feel of it, only the dregs remained. ‘Why wasn’t he with the others?’

The question carved furrows in Emma’s brow. Rather than answer, she calmly settled the teapot and filled the space in which an answer ought to have been by draining what remained of her cold tea. Truthfully, she didn’t know where Lyle had got to. He had certainly remained at the dinner table with the other gentlemen when she and Amelia left. He ought to still be there now. However, Lyle often wasn’t where he ought to be. As for where he would most likely be found – Emma’s cheeks burned, leaving her distressingly rosy. She immediately took a seat by the fire and thrust the guard out of the way to account for her glow. She’d lost count of the times she’d had to cover for him.

‘I expect he was there and you just didn’t see him, Amelia. Or else Father asked him to attend to something. You know he isn’t so sound on his feet any more and Lyle does like to be helpful.’

More than likely, Lyle had slipped away during the fuss over Darleston’s late arrival and was now below stairs or else secreted in some other cubby-hole engaged in practices it would take the ingenuity of a fence to explain away.

If her father ever found out – she shook her head sadly – heavens, if
anyone
discovered her husband’s proclivities, then her entire world would crumble. Divorce was not a pleasant word but, by God, that’s what it would likely come to, if only so that she might protect her dignity and not spoil Amelia’s chances.

Emma’s terror at the prospect wasn’t new and soon wore off, as did the flames in her cheeks. She’d known precisely how Lyle was when she’d married him. In truth it had been what had endeared him to her most of all. Other women might seek fidelity; Emma had known that Lyle would stray. In fact, she’d counted upon it. It had been her one great bargaining tool.

‘Drat and dandelions,’ Amelia cursed, rousing Emma from her thoughts with their favourite childhood blasphemy. ‘I’d so hoped that Lord Darleston had travelled with a companion. I mean, who does not these days? I’m quite put out by it. I don’t want to stay here and turn into one of those simpering old maids. I knew I ought to have insisted on going to London instead of being stuck here in the wilds. I don’t see why I can’t have at least one London season.’

‘Patience. I’m sure Father will arrange something. Give him time. You know this gathering is important to him.’

‘He’ll be too withered to take me, or I too old to be of interest if I’m forced to wait much longer. I’m nineteen. The Walsh girls have already had two seasons.’

‘The Walsh girls have no choice but to take whatever offers they manage to grab. Your situation is a little different.’

‘Not so very different,’ Amelia grumbled. She retreated to the rear of the drawing room, where she drew a book from a shelf and faked a deep engagement with it.

Emma’s gaze strayed to the mantel-clock. From the direction of the dining room there was a scraping of chairs followed by the sound of heavy footsteps. The gentlemen, headed by Mr Hill, squeezed through the parlour door two abreast and availed themselves of various chairs. Seven of them were soon draped over the furniture, chattering loudly. Amelia made a beeline towards Mr Bathhouse. Emma made to follow, only to be intercepted by her father and Lord Darleston.

Ada came up behind them bearing a second teapot. ‘I thought you might be needing some more, miss, with so large a party.’

‘Could you, dear?’ Mr Hill gestured towards the steaming vessel.

Perhaps Amelia would be fine for a moment or two. Emma poured for her father and offered a second cup to Lord Darleston. The wretched china trembled abysmally when she held out her hand. Close up, the urge to touch him grew infinitely stronger. The coat … his coat, heavens, if it wasn’t the most marvellously perverse thing she’d ever beheld. Each swirl in the fabric had a raised pile that gave it such texture and shape. Indeed, seeing it up close she realised it was not simple brocade, but formed an interweaving pattern of maenads engaged in rather lewd play. Yet it suited him perfectly, drawing attention to his big strong shoulders and the perfect narrowness of his hips.

For a moment, she thought it might be only his outfit that engaged her senses. Then his hand shot out and steadied the wobbling cup and he blessed her with a smile that made the very corners of his eyes crinkle. He had grey eyes, flecked with specks of lilac that were like slivers of rain-washed slate. Light flared in the depths of his pupils.

That one look told her everything she ever needed to know about Lord Darleston. He was handsome and dangerous, and if she had any sense of self-preservation she would avoid him, else those fanciful ideas she’d been entertaining earlier might very well get the better of her. At the same time, she knew she wouldn’t. Still, the sense of loneliness that had grown over the winter had only increased with the coming of lighter nights. She longed for a companion who was more attuned to her needs, someone who was wicked and exciting and who would give her a reason to thrive instead of growing old and drab. Lyle saw that she was cared for and comfortable, but she knew he found it hard to relate to her.

‘Emma, my eldest,’ her father introduced her. ‘It’s so good to have you home again, dear. I do wish you and Langley would reconsider my offer. The old place is so cavernous with only Amelia and me in residence. Where is Langley, do you know? I do so want to speak with him before I retire.’

‘I’m afraid I don’t know, Father. I thought he was with you. Perhaps he’ll be back in a moment.’