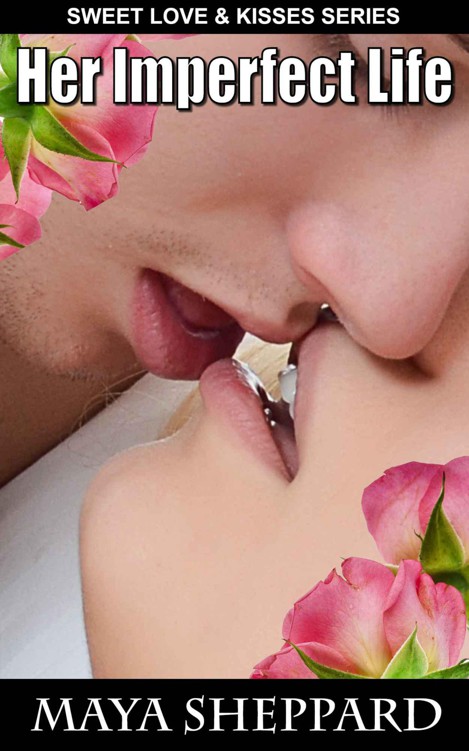 The characters and events portrayed in this book are fictitious. Any similarity to real persons, living or dead, is coincidental and not intended by the author or Global Grafx Press, LLC.

To my mom, who always encouraged me to write even when she had no idea what I was writing about.

“Department of Family and Children’s Services, Marah speaking. How may I help you?” Marah poised her pen on her ever-present notepad on her desk, waiting.

“Marah, this is Jennie at Memorial Medical Center. One of your clients was just brought in –  Melissa Jones. She’s very badly injured and she’s not expected to survive. Her mother’s here, and she’s hysterical. You’d better get down here, since DFCS has custody of Melissa.”

“My God! I’m on my way. I’ll be there in a few minutes. Thank you.” Marah hung up and grabbed the notepad and her purse. On her way to the front office to sign out, she stopped at Luke Tyler’s office to let him know what she had just learned.

“I will. Bye!” Melissa ran to the front office and signed out. At the hospital, she found the mother, Renee Jones waiting, pacing and wringing her hands outside the doors of the emergency department.

“Renee, I am so sorry! What happened?”

“They . . . they arrested Tom. They said he hurt her! My God, what will I do if she doesn’t live?” Renee dissolved into a new flood of tears, crying loudly.

“Renee, please calm down. Were you there? What happened?”

“Renee. Renee! I need to know what happened. How did Melissa get hurt so badly?”

Renee ignored Marah’s urgent questions, continuing to pace and mutter to herself.

Looking at her client, Marah was unable to determine if Renee was ignoring her or truly caught up in her grief and worry. Pulling her phone from her purse, she scrolled to Shayne Michaels’ number. She needed his calm and capable presence to help her get through to Renee – sooner rather than later.

“Shayne Michaels here. How can I help you?”

“Shayne, this is Marah Wilkes. I’m at Memorial Medical Center, in the emergency department. Our clients, Renee and Melissa Jones are here . . .” Marah explained the situation, ending with, “I need you to help me get through to Renee. I can’t get her to answer my questions. She says Tom’s been arrested, so . . .”

“It looks like he hurt Melissa. I’m on my way. Give me twenty minutes,” Shayne said. True to his promise, Shayne strode into the emergency department, seeking Renee and Marah out.

“Renee. Renee, I’m here to help you. We need to know how Melissa got hurt. I know you’re scared and hurting now – but you need to help your little girl. Let’s sit in this corner over here and talk about it. Would you like some water?” Shayne took over the situation masterfully, using a soft voice and rubbing Renee’s back as he comforted her.

“Yes, yes I would like water. Melly – we told her she had to come inside. She said she wanted to play with her friend, and I told her she needed to come in for her bath. I used the methods you taught me, Shayne. Marah, I promise you! I used the good parenting! Melissa still refused to come in, so Tom tried. She looked at him and said ‘no.’ He got . . . got mad. He started raging on her, an’ I told him to calm down, that he didn’t need to yell at her. He ignored me, like he always does. He slammed the door open and ran outside. Grabbed her by her little arm and dragged her into the apartment. He was yelling at her, telling her she had to mind us. I told him to quiet down – I didn’t want him to . . . to wake up Scott. He shook Melissa and I told him we can’t do that any more.” Renee looked up to see two police officers approaching them. “Melissa, you have to be okay!”

Marah had seen the officers out of the corner of her eye.
Hmmm. She stopped telling us what Tom did just as they approached. She’s protecting him.

“Renee, what did he do after he started to shake her? I know you’ve been using everything you’ve learned in your parenting classes. Keep protecting Melissa. She needs her mommy, okay?”

“They arrested Tom. They said he hurt her.”

Shayne took over. “Okay, Renee, you know you need to be strong for your kids. What did Tom do? He’s already been arrested, so the police have a good idea of what happened. Come on, honey. You can tell us.”

Renee let out a large sob. Marah dug into her purse and pulled out a package of facial tissues, giving it to Renee. “Renee, if Tom threatened you again . . . I need to know so I can protect you. The children need to be protected, too.”

Marah’s body chilled at the graphic description of how Melissa had been hurt. Her mind automatically catalogued the possible injuries the child had suffered.
Internal injuries. Possible head injuries. Broken back. Spinal injuries. My God, Melissa could die!
“Renee, how did you try to protect her? Did you try to make him stop?”

“I tried, Marah! I tried. I yelled at him to stop. I put my hand on his shoulder and he tried to punch me.”

Marah’s smooth forehead crinkled in confusion.
How could he punch her if he had both arms around Melissa? Something’s not adding up.
She shook her head and looked at Shayne, communicating her confusion.

Shayne, seeing the confusion and worry in Marah’s light hazel eyes, nodded. He had picked up on the discrepancy as well. “Renee, just calm down, honey. Tom can’t get to you. Deep breath in and deep breath out, just like I taught you. Relax. Melissa and Scott both need you, so you’ll need to be strong just for a while. Okay?”

Renee closed her eyes, tears seeping out, and breathed in and out just as Shayne instructed her to. Nodding slightly, she acknowledged that she understood what he was saying. “I looked at Tom. It was like he didn’t even see us. All he saw was his . . . his rage. He kept raging on her, and I tried to tell him that she’s only three and she’s still learning to obey. I tried, Marah! I really did!”

Marah saw the doctor come out, looking grave. “Mrs. Jones? I’m Doctor Avalos. I need to give you an update on your daughter . . . we’ve had to put her on life support . . . we don’t expect her to survive her injuries. If, by some miracle she does survive, she’ll be paralyzed, probably from the chest down.”

After hearing the update, Marah separated herself from Shayne and Renee to call Luke.

“Luke, it’s not looking good. She’s on life support. If she does survive, she’ll be paralyzed from the chest down,” Marah said, feeling leaden.

“Damn. I got word from the detective leading the investigation. I don’t know what mom told you, but eyewitness reports are saying that she didn’t try to intervene to protect Melissa. Neighbors heard all the shouting and crying. They were standing outside when Tom . . . when he hurt her. They didn’t see Renee trying to stop him, Marah. She’s going to face criminal charges, regardless.”

“Damnation. Thank you. I’d better get back – the police want to interview Renee. At least one of us should be with her,” Marah said.

“Got it.” Marah returned to the small group, hearing Shayne speaking.

“I’m her counselor. I know she needs to talk to you. You’ll be able to interview her  more easily if I can be there to help her stay calm . . . right now, she’s nearly hysterical.”

“That’s fine. Is there a room we can move to?” asked one officer. After the doctor pointed out an empty cubicle, the group moved there and the police began questioning Renee. When they were done, one officer pulled her handcuffs from the back of her belt. The other officer told Renee that she was under arrest, then read her Miranda rights to her.

Marah continued to feel sick, knowing that a family’s hard work and hopes had just been smashed. Looking at the doctor, she told him, “I need to be updated on Melissa’s condition. She’s in the custody of DFCS and I’m her worker.” At the doctor’s nod, she thanked him and left with Shayne next to her.

She walked, feeling very tired, and thinking this was one part of her job that she hated. She felt Shayne put a large hand on her shoulder. Looking up at him, she saw concern in his blue eyes.

“Let’s go get some coffee. We need to unwind,” he suggested.

Marah’s eyes widened. She had not been out with anyone for dinner, let alone coffee, since her painful divorce. After learning some facts about her ex-husband, her ability to trust the opposite gender had dropped to zero.

“I’ll only go if your offer is on a professional basis. Otherwise, I’ll just pour a cup of coffee in my office,” she said.

“Professional basis only. We’ve both been through the wringer this morning. The news isn’t good and it’s likely to get worse. You need to debrief,” Shayne said.

At the coffee shop, a popular student hangout, Marah sat back and leaned her head into both hands. She began mentally steeling herself for what she knew was likely to happen – either Melissa would survive, unable to walk. Or she would die and both parents would be charged with her murder. Marah swallowed, pushing nausea back as she thought of the couple’s little boy – little more than a baby. He would be placed back into foster care and freed for adoption. Marah started as she felt, rather than heard, Shayne come back to their table.

“Marah, you need to eat. This morning was stressful and it’s not going to get any better for a while. You heard the doc. Eat and drink – heaven knows, you can’t afford to lose any weight.”

Marah glared at Shayne for his reference to her weight.
Too damn personal!
Adding sweetener and creamer to her coffee, she sipped the hot brew. She cautiously nibbled on the apple-cinnamon muffin, and was surprised when her mouth watered from hunger. After a few minutes, she tried some more of the muffin, relieved when her stomach didn’t rebel. She was just about done with her muffin when her cell phone tweeted. Looking at the unfamiliar number, she glanced at Shayne with upraised eyebrows and answered.

“Marah Wilkes. May I help you?”

“Ms. Wilkes, this is the doctor who’s been treating Melissa Jones. I hate to give you bad news. The little girl just died a few minutes ago of massive system failure. I’m here to help you and DFCS in any way I can.”

“You’re right. Massive system failures or something. I’m sure DFCS will be requesting a copy of the medical report for our files. You know, this means that both parents will be accused of murder.”

“I should get back to the office. I need to talk to Luke and update my case file. I’ll need to consult with Luke, too, about the direction of my case,” Marah said, feeling restless.

Gallatin Canyon by Mcguane, Thomas
Take Me There by Carolee Dean
Second Chances by Dancourt, Claude
The Saddle Maker's Son by Kelly Irvin
Silicon Valley Sweetheart by St. Claire, Alyssa
River Road by Carol Goodman
In the Dead of Cold by Allie Quinn
The Day It Happened (A Miranda's Rights Mystery Book 0) by Lanier, Linsey
The Conquering Family by Costain, Thomas B.
Worth the Wait (Crimson Romance) by Williams, Synithia