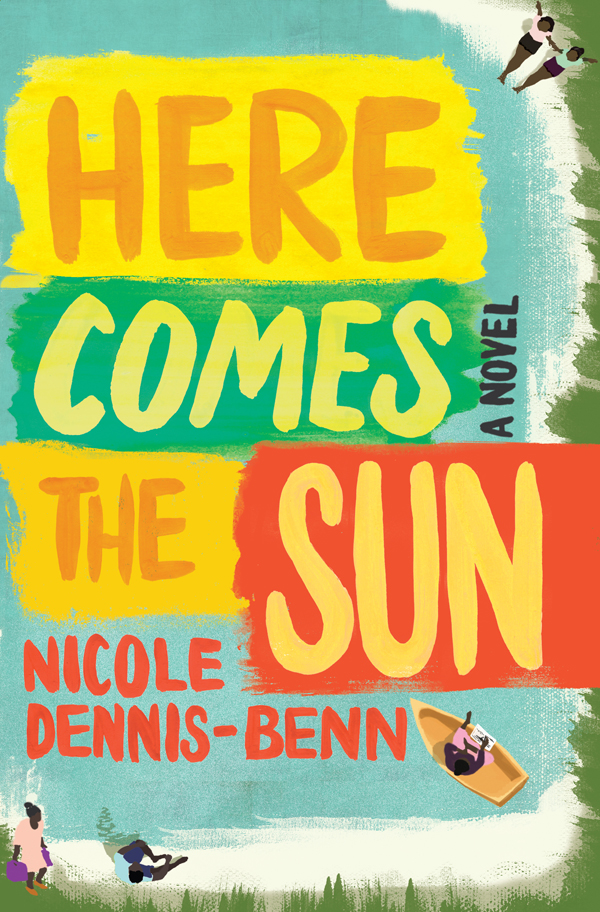 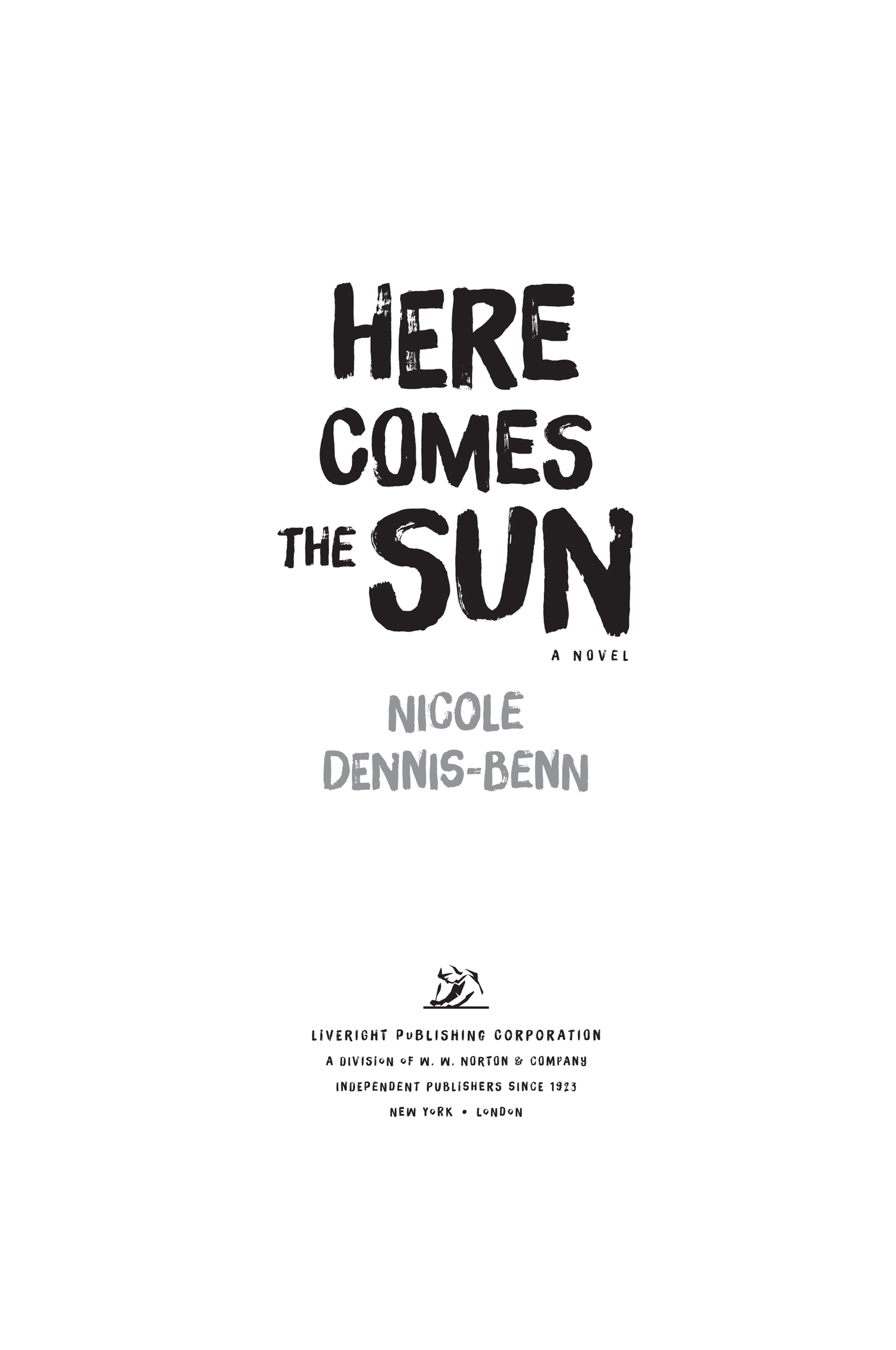 For Addy and Jamaica 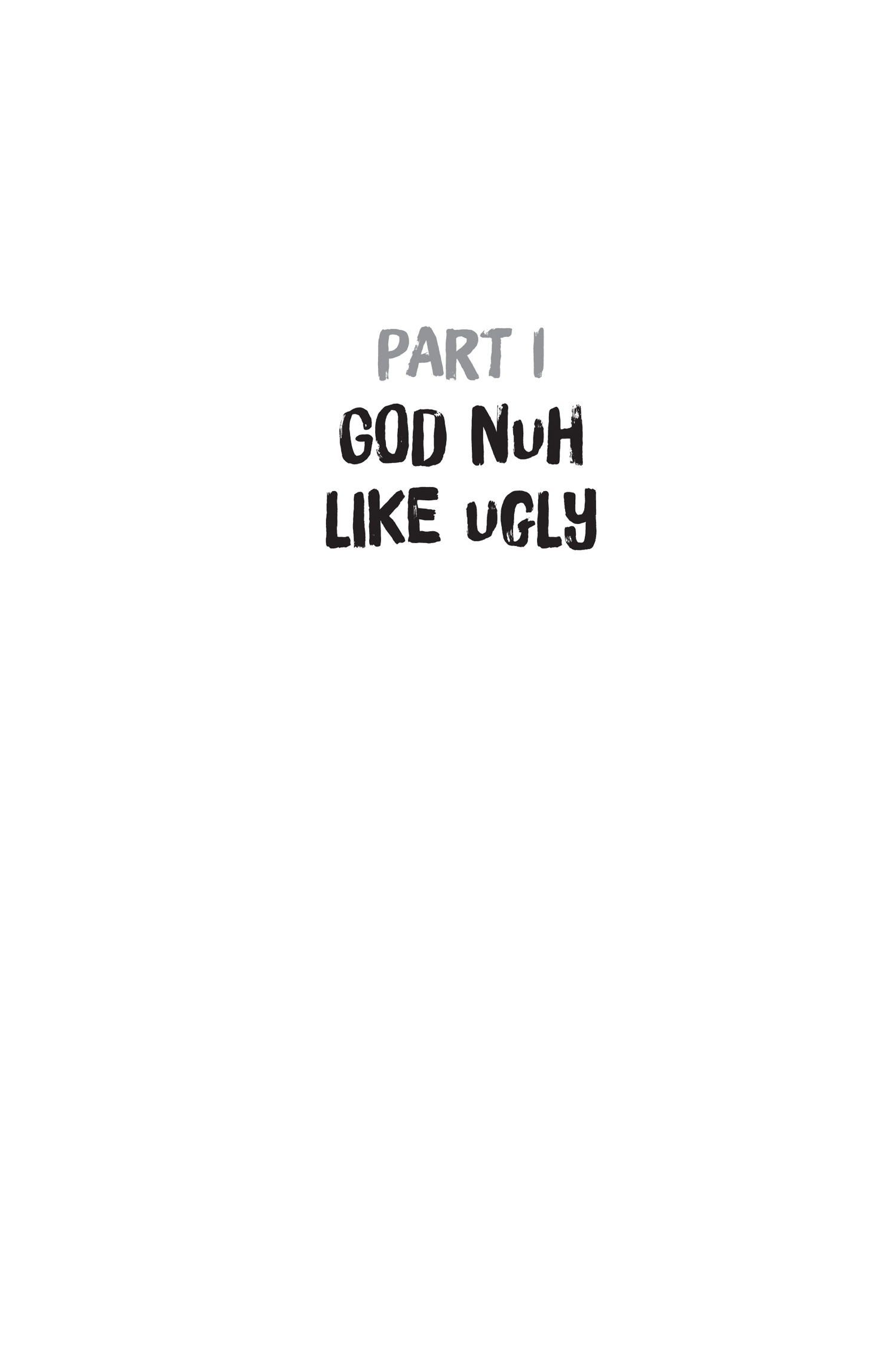 T
HE LONG HOURS MARGOT WORKS AT THE HOTEL ARE NEVER
documented. Her real work is not in answering the telephones that ring off the hook, or writing up delinquent housekeepers for sleeping on the beds and watching TV when they're supposed to be cleaning. Her real work is after hours when everyone has bid their goodbyes and piled up in the white Corollasârobot taxisâat the massive gate of the resort, which will take them home to their shabby neighborhoods, away from the fantasy they help create about a country where they are as important as washed-up seaweed.

Margot has been employee of the month for several months in a row, because she was the first to arrive and the last to leave. And for good reason. Requests are called in, not in conversational tones but in code that only Margot knows in case anyone is listening on the line. “
Ackee
” means he wants to taste her down there. Foreign men love that. “
Banana
” means he wants her to suck him off. “
Sundae
” means he intends to be kinkyâanything goes. Of course they know she's in business, because she makes sure to slip them a wink on the first day of their arrival. Flattered, they initiate conversation. Margot flirts, reading their stray glances, which almost always land and linger between her exposed cleavage. That is Margot's cue for a forward invitation. She goes to the employee restroom to freshen up, spray perfume between her breasts, and powder her face before sauntering to the client's room. She undresses for the client, whose main goal is usually to satisfy a deep curiosity that he never had the balls to satiate with the women in his own country. Like a black woman's breasts, for instance. Many of these men want to know the shape of them; the nipples, whether or not they are the same color as tar pressed on the heels of their leather shoes from the paved roads in Europe or America; or if black nipples have in them the richness of topsoil after a thorough rain shower. They want to touch. And she lets them. Their eyes widen like children ogling baby frogs for the first time, careful to hold them so they don't spring from their grasp. She doesn't see it as demeaning. She sees it as merely satisfying the curiosity of foreigners; foreigners who pay her good money to be their personal tour guide on the island of her body. Margot stashes the money in her purse when she's done and hurries home. By then the robot taxis are scarce, so she walks into town and waves for one there. She has long ago rid herself of any feelings of disgust. She used to stay back and shower in the clients' rooms, scrubbing every part of her until her skin was raw. These days she goes straight home and falls asleep with the smell of semen sunken in her pores. Replacing the disgust is a liquid hope that settles inside her chest and fills her with purpose. She rolls over in the bed she shares with her sister knowing that one day she won't have to do this. That one day Thandi will make everything better.

But until then, she must work.

On this night she looks both ways to see if the coast is clear. The hotel maids have all left, and so have management and most hotel staff. The concierge, Paul, is the only one working. Since it's almost midnight, the night front desk clerks, Abby and Joseph, take turns resting on the sofa in the office. Margot doesn't pass their desk when she exits the hotel. She exits from the side by the pool, surprised to see Paul outside smoking a cigarette.

“Good night, Margot,” Paul says with a slight bow. He's always polite, so polite that Margot wonders what he knows. She wonders if he hides his contempt behind that poise. Does he whisper to the other concierges that he sees her leave the hotel late at night? Does he tell them that he has caught her on more than one occasion adjusting her blouse and skirt after coming out of a guest's room? Such occurrences would have helped the man to put two and two together, but then again, he's not so bright. And for this, Margot is grateful.

Outside, the night is cool. The stars are sprinkled across the sky like grains of salt. The chirps of crickets in the bougainvillea bushes follow behind her like gossip, their hissing sounds deafening. She walks to the street, thankful for the anonymity the darkness provides. In town, the regular taxi drivers are there: Maxi, Dexter, Potty, Alistair. Maxi jingles his keys first. It's a sign to the other drivers that he'll be the one to take her. “Whappen, sweetness?” Margot blows him a kiss. They grew up together and attended the same basic school, primary school, and secondary school. Maxi dropped out of secondary school, embraced Rastafarianism, and started referring to himself as “I an' I.” He smokes ganja all day and by night he's a taxi driver and a dealer to the tourists who are adventurous enough to go looking for ganja in the town.

“Wha g'wan, Maxi?” She settles in the front seat of the taxi. The smell of peeled oranges and smoke greets her. She begins to wonder if the scent will stick. But then again, she has her own scent.

“Me deh yah.” Maxi starts the ignition. His dreadlocks are a thick, matted pile on his head. He tells her about his two children, whom she always inquires about for the sake of conversation that doesn't involve flirtation. One of them just started primary school and the other one is just starting basic school. They're from two different mothers, women Margot also grew up with. Women she no longer associates with because of their small minds and quickness to judge. “
So she t'ink she is big shot now, eh, working in di hotel. Look pon har, nuh. Thirty years old an' no man, no children. Har pumpum mussi dry up. Can't even come down from har trone fi fuck right. She t'ink she too nice.
”

Margot leans back on the leather seat and breathes in the pungent smells. “Soon.” She looks out the window. Although it's pitch-black, she can tell she's passing by the sea. For a moment she wants to give her thoughts freedom to roam in this dark, in this uncertainty.

“What? Yuh dat desperate to go out of business?” She smiles at himâit's a slow, easy smile; her first real one all day. Her job entails a conscious movement of the jaw, a curve of the mouth to reveal teeth, all teethâa distraction from the eyes, which never hold the same enthusiasm, but are practiced all the same to maintain eye contact with guests. “
It's a wonderful day at Palm Star Resort, how may I help you?
”
“
Good morning, sir.
”
“
Yes, ma'am, let me get that for you.
”
“
No, sir, we don't offer a direct shuttle to Kingston, but there's one to Ocho Rios.
”
“
May I help you with anything else, ma'am?
”
“
Your shuttle is outside waiting on you, sir.
”
“
You have a good day, now. I'm here if you need anything. No problem.
”

“We jus' haffi stop meeting like this. Dat's all,” Maxi says.

Margot returns her attention outside. “As soon as Thandi gets through school. Yuh know how dat goes.”

Maxi chuckles softly. When she looks at him, she sees the flash of his teeth, which seem luminous in the dark. “
Yuh know how dat goes.
” He mimics her.

“What's di mattah with you, Maxi?”

He uses one hand to smooth the mustache over his wide mouth. In school all her friends had crushes on him. They thought he looked like Bob Marley, with the naps in his head that grew longer and longer, his peanut-brown skin, and his rebel ways. Once he told a teacher that she was ignorant for believing Christopher Columbus discovered Jamaica. “
Wha' 'bout di indigenous people who were here first?
” He was always book-smart, using words no one had ever heard used in everyday conversations:
indigenous
,
inequality
,
uprising
,
revolution
,
mental slavery
. He skipped classes to read books about Marcus Garvey, telling anyone who would listen that real history was in those books. The principal, Mr. Rhone, a high yellow man from St. Elizabeth, grew concerned about Maxi's rebelliousness, fearing it might influence other students, and expelled him. Maxi hadn't been back to school since. Had he not filled his head with rubbish about freedom and Africa, he would've been a doctor, a lawyer, a politician, or some other big shot by now, since he had certainly been the smartest boy in school. Margot doesn't want the same thing to happen to her sister. Like Maxi, Thandi is book-smart. She has the potential to be somebody. Margot has to make sure that Thandi doesn't ruin it for herself.

“Yuh put too much pressure pon di poor chile. Why yuh don't focus on your own dreams?”

“My dream is for my sister to be successful.”

“Jus' saying if yuh eva ask yuh sista what is her dreams. Yuh so set on pushing her. One day di bottom aggo drop out.”

“
Certain people
.” Maxi grimaces. Again he runs his hand over his faint mustache. “I an' I did know weh me want long ago. An' it didn't have nothing to do wid weh dem teach inna school. Dem creating robots outta our children, Margot. Is di white man's philosophy dem learning. What about our heritage and culture?” He kisses his teeth. “Ah Babylon business dem ah fill up di children's minds wid. Yuh sista, Thandi, is a sweet girl. She know har book. But as ah say, when pot boil too long di wata dry out an' di bottom aggo drop out.”

Margot holds a hand to his face like a stop sign. “Ah t'ink we done wid dis convahsation.”

They fall into the hum of the silence. Maxi begins to whistle as he concentrates on the dark road ahead of them. Only the white lines are visible, and Margot tries to count them to calm herself. Of course she has dreams. She has always had dreams. Her dream is to get away as far as possible from here. Maybe America, England, or someplace where she can reinvent herself. Become someone new and uninhibited; a place where she can indulge the desires she has resisted for so long. The hotel actually doesn't pay much, but this Margot cannot say to anyone. She dresses nicely to go to work, her dove-gray uniform carefully pressed, each pleat carefully aligned; her hair straightened and combed into a neat bun, not a strand out of place except for the baby hairs slicked down with gel around the edges to give the impression of good hair; and her makeup meticulously perfect, enough powder to make her seem lighter than she is; a glorified servant. Maybe that's how Alphonsoâher white Jamaican bossâsees her. A glorified servant. As heir to his father's Wellington empireâwhich includes coffee farms, rum estates, and properties all over the island, from Portland to Westmoreland, including Palm Star Resortâhe was nice enough to keep her aboard after firing everyone else that his father, the late Reginald Wellington Senior, had hired. At first she despised herself for letting him touch her. But then she despised herself for the pride that made her believe she had a choice. What she got from it (and continues to get from it) was better than scrubbing floors. She didn't want to lose this opportunity. All she wanted in the beginning was to be exposed to other worlds, anything that could take her out of this squalor and give her a chance to get away from Delores and the memory of what her mother had done to her.