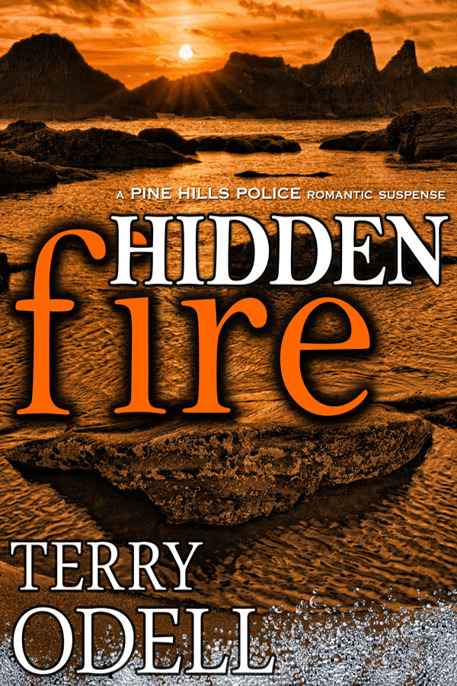 All rights reserved. Without
limiting the rights under copyright reserved above, no part of this publication
may be reproduced, stored in or introduced into a retrieval system, or
transmitted, in any form, or by any means (electronic, mechanical,
photocopying, recording, or otherwise) without the prior written permission of
both the copyright owner and the above publisher of this book.

This is a work of fiction.
Names, characters, places, brands, media, and incidents are either the product
of the author's imagination or are used fictitiously.  The author acknowledges
the trademarked status and trademark owners of various products referenced in
this work of fiction, which have been used without permission. The
publication/use of these trademarks is not authorized, associated with, or
sponsored by the trademark owners.

This ebook is licensed for
your personal enjoyment only. This ebook may not be re-sold or given away to
other people. If you would like to share this book with another person, please
purchase an additional copy for each person you share it with. If you're
reading this book and did not purchase it, or it was not purchased for your use
only, then you should purchase your own copy. Thank you for respecting the
author's work.

Dedicated to all
the men and women who run
toward
gunfire. We thank you.

Under the table, Sarah's toes found the
cuff of Randy's pants and inched their way up his calf, the coarse hair
tickling her foot. His eyes widened, his eyebrows arched, and the standard
restaurant candle-in-a-jar caught the hazel flecks in his otherwise brown eyes.
He brushed a lock of hair from his forehead, but it flopped back the way it
always did.

She smiled at the hovering waiter, placed
her hand over her empty coffee cup and shook her head. "No more, Tony.
Thanks."

Tony refilled Randy's coffee cup and
whisked away his empty pie plate. Randy's eyes returned to Sarah, moving
between her dessert and her face. He smiled, but she could sense his
impatience. She continued her torment by dipping her spoon into the chocolate
mousse in front of her. Slowly, carefully, she filled the spoon with the rich
delight.

His call had surprised her yesterday,
when he announced he'd be coming back from San Francisco a day early. She
wriggled her toes higher up his leg, trying not to laugh as he squirmed. She'd
chosen her outfit with special care this morning. Demure didn't begin to cover
it. Prim? Prissy? That was closer. Navy blue slacks, a pale blue silk blouse
buttoned to the neck and a navy blazer. Not quite a suit, but close enough. Of
course, the thong beneath the slacks and the lace demi-bra under the blouse
were anything but prissy. She'd sensed Randy's eyes on her behind as they
walked up the steps to the restaurant. And maybe his hand had crept a little
lower than the small of her back as he'd guided her to their booth.

She poised the mousse-laden spoon in
front of her mouth, parting her lips a fraction. With her other hand, she
fingered the pearl button at her neck.

"It's warm in here, isn't it?"
One button, then a second, slipped through its hole. Randy leaned forward.

"You're killing me," he whispered.

Her tongue wrapped around the mousse. Her
eyes closed. She sighed.

"You're going to finish that, aren't
you?" he asked, resignation in his tone.

Without opening her eyes, she said, "Every
bite."

He blew out a long, slow breath.

She met his gaze and smiled at his
obvious annoyance. "It's chocolate. Some things shouldn't be rushed."

She slid her foot out from inside the
restriction of his slacks and worked it up his thigh. He reached for his glass
and swigged gulps of water. When her toes met his lap, he choked. Coughing,
eyes watering, he reached down and encountered her waiting foot. Still choking,
he clutched it closer to his groin and she felt his hardness. She lowered her
eyes to her mousse and took another bite, swirling her tongue around her lips.

Tony appeared and refilled Randy's water
glass. "Are you all right, Detective Detweiler?"

Randy nodded and waved him off, gesturing
for the check. Sarah covered her mouth with her napkin, trying to erase her
grin.

"So, tell me all about your
violent-crime work," she said. "Not much call for that in Pine Hills.
Or do people get violent when they get parking tickets?"

He wiped his mouth and set the napkin
beside his plate. "To tell you the truth, Sarah Tucker, I'm thinking about
all the gruesome pictures, which is the only thing keeping me from embarrassing
the hell out of myself right here."

Heat burned in his eyes. Her nipples
pebbled behind the lace of her bra and moisture pooled between her legs. She
scraped the remnants of the mousse from her dish, the clicks of metal against
glass barely audible over the blood pounding in her ears. She wanted him. Now.

Tony returned and dropped the check on
the table, not meeting Randy's eyes. "Whenever you're ready, Detective."
He pivoted on his heel and left.

"All finished," Sarah said,
smiling. "You want to go, or have more coffee?"

In response, Randy dumped some bills on
the table, angled himself out of the booth and extended his hand. She fumbled,
trying to get her foot back into one of the sensible pumps she'd worn to
complete her stodgy look. Grasping his fingers, she scooted across the vinyl
bench. He gave her the leverage she needed and she rubbed against him as she
stood.

He stroked her hand. "After you."
His aftershave wafted to her nostrils, counteracting the myriad cooking aromas.

He quickened his pace. By the time they
hit the porch surrounding the rustic restaurant, he half-dragged her down the
steps and elongated his stride across the unpaved parking lot. Earth and pine
scents mingled, still unable to compete with his special scent. Spice and
Randy. A lethal combination.

In response, he simply scooped her up and
covered the rest of the distance to his pickup. "If I hurry now, maybe I'll
be able to take it slow when it counts. Damn, woman, I've missed you."

He unlocked the doors to his truck and
worked the passenger door open, then lowered her onto the seat. "You're
going out of your way to torment me, aren't you?"

She ran her tongue across her lips. "Maybe."

"No maybes about it." He
wrapped his arms around her, buried his face in her hair. She reached around
him, his wool sweater rough against her cheek.

"I missed you, too." She raised
her face and parted her lips. "Welcome home."

He leaned into the cab, meeting her mouth
with his own. He cradled her face in his hands and she surrendered to the warmth
of his kiss. She ran her fingers through his hair, sending tingles all the way
to her toes. Tongues teased and danced with promises of more to come. He tasted
of apples and cinnamon, of coffee and Randy. A vague impression of couples
passing, of headlights coming and going, of car doors opening and closing
hovered at the edge of her consciousness. A whistled catcall broke through the
final barrier.

"Guess we should go," she said.
"I've got a few surprises for you at my apartment."

"My place is closer," he
murmured between kisses.

When his cell phone rang, he swore.

"Duty calling?" Sarah said,
trying to keep too much annoyance from her tone. "Now?"
After a
six-week separation? How could they? How could he leave her?

"I'm off duty, dammit. I'm not here.
I'm out of town until tomorrow. Noon at the earliest," he growled as he
released her and fumbled for the phone at his belt. He studied the display. "Shit."

She smoothed her hair and reached behind
her for the seatbelt. "Guess we won't be going to your place
or
mine."

"Let me check. Maybe it's a false
alarm." He got behind the wheel and punched buttons on his cell. "Detweiler."

His jaw dropped. Sarah watched as a cop
replaced her lover.

After a hurried goodbye, Sarah trudged up
the stairs to her apartment, thoughts milling through her head. Struggling to
keep her shop afloat after her husband David's untimely death. Finding out
someone she'd thought was a friend had been sabotaging her business. Meeting
Randy. Falling in love again.

Tonight wasn't their first instance of
dateus
interruptus
. Six weeks apart had blurred the memory of how much time his
job demanded. She and David had worked side by side, their jobs and their lives
inextricably entwined. With Randy, it would be different.

She loaded her CD player with Simon and
Garfunkel, then changed her mind. Justin Timberlake? Alanis Morrissette?
Melissa Etheridge? What the heck. She put all three into the machine, hit "shuffle"
and settled into her nightly routine.

She leafed through her mail, separating
the junk from the bills. Her answering machine had two hangups, one recorded
sales pitch and a reminder from Saint Michael's that they'd canceled the
pottery class she taught Tuesday night because they would be stripping the
floors in the rec room. Could she come Monday instead and help with a children's
dance recital?

She returned the call and marked it on
her calendar. The seniors loved it when kids came in and performed, no matter
how amateur the production.

After recording her daily sales data into
her computer, she smiled. Business was definitely on the rise. And Hugh
Garrigue's new pottery collection would kick autumn sales up another notch. In
years past, he'd given her shop half a dozen pieces once or twice a year. Now
Hugh allowed his wares in one or two shops at a time. She'd scored a coup when
he'd agreed to a three-month exclusive for That Special Something.

How best to display it? She closed her
eyes and did a mental walk-through of her shop, with its out-of-the ordinary
fittings. The spiral staircase? Or the library table? Maybe the roll-top desk
or the Welsh dresser. Or should she clear the center of the room and set
everything on the picnic table she and David had refinished as their first real
display table?

She decided she'd wait for the shipment
to arrive tomorrow. Her assistant, Jennifer, would be in and she always had
good ideas.

Sarah turned off her computer and the CD
player and called it a night. She yawned. After Randy's message yesterday, she
hadn't slept well, thoughts of their reunion keeping her brain charged. And a
few other parts.

In her bedroom, Sarah sighed as she
folded her new silk nightgown and put it back in the drawer. She pulled on her
cotton nightshirt and shuffled into her bathroom. As she brushed her teeth, she
glared at her reflection in the mirror.

She checked her alarm and crawled into
bed. Tomorrow, they'd start where they'd left off tonight and if they never got
to dinner—well, they'd have a big breakfast.

She'd drifted off when the phone rang.
Her pulse raced as she fumbled for the receiver. Was Randy finished with his
case already? Before she could answer, Maggie, her neighbor from across the
hall, spoke breathlessly.

Yoga Cures: Simple Routines to Conquer Over 50 Common Ailments and Live Pain-Free by Tara Stiles
The True Meaning of Smekday by Adam Rex
The Flux Engine by Dan Willis
Ultimate Weapon by Ryan, Chris
Sphinx by Anne Garréta
Claustrophobic Christmas by Ellie Marvel
The Boss's Fake Fiancee by Inara Scott
The Proud and the Free by Howard Fast
The Black Box by Michael Connelly
Poor Unfortunate Soul: A Tale of the Sea Witch by Serena Valentino