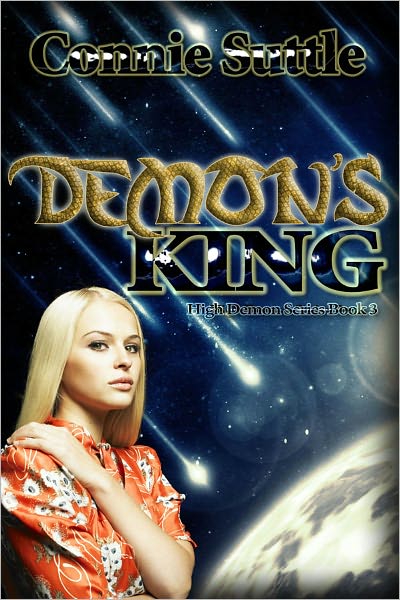 "Reah, we have good information on Zellar." That had me jerking my head up to stare at Lendill. Zellar. Just the sound of that name had every member of the ASD seething. Zellar—the rogue warlock who left drained planet cores in his wake. For years, he only worked on worlds outside the Alliance—the ASD had gotten too close to him on too many occasions. Burned him a few times—Ry had almost gotten him once, but Zellar had used the very last of a planet's power and escaped. Ry always insisted that he'd wounded Zellar, though. I thought he could be right—we hadn't heard anything from the murdering bastard in two years.
While battling personal grief, Reah is sent after Zellar, who has become one of the worst enemies the Alliance has ever faced. While determined to take down the rogue warlock, Reah learns that Zellar has trained other rogues to follow in his footsteps. Forced to work with the unlikeliest of allies, she pursues Zellar's trained rogues in and outside the Alliance.

The Author's contact information may be found at the end of this book.

This book is a work of fiction. Names, characters and incidents portrayed within its pages are purely fictitious and a product of the author's imagination. Any resemblance to actual persons (or vampires, werewolves, High Demons, Larentii, shapeshifters, Ra'Ak, wizards, warlocks, witches or gods) living or dead, is purely coincidental.

This book, whole or in part, MAY NOT be copied or reproduced by electronic or mechanical means (including photocopying or the implementation of any type of storage or retrieval system) without the express written permission of the author, except where permitted by law.

Tory was hugging me so hard it hurt. I wanted to scream my lungs out. Aurelius was rushing in and Lendill was suddenly there, saying he'd send everyone out that he could spare. Gavril had disappeared. He was seventeen and had left Le-Ath Veronis for his second semester of private school. He'd boarded the Starship—there were records and vids. No records showed him getting off the ship. Queen Lissa had screamed the moment she'd learned of it—everyone suspected kidnapping.

I was so close to getting out of the ASD, too, and Gavril had asked me to spend my first free summer with him at his mother's palace on the beach. Tory had already made plans to be with us, as had Aurelius. Lendill was still attempting to get me interested. I'd softened a little toward him, but still held him at arm's length.

Wylend was waiting for me to get away from the ASD before making a serious proposal. He did come to take me to dinner occasionally and had invited me to a ball or two on Karathia. Of course, all my activities revolved around my duties for the ASD. They'd certainly gotten their money's worth from me. Now, Gavril was missing and I wanted to tear something apart. I think Tory knew that—that's why he was holding onto me so tightly. What would we do? Chash couldn't be gone—just couldn't. I wouldn't know how to live without him. That thought brought me to tears.

"Reah, I know how you feel about Gavril. We'll find him if there's any way." Lendill was in front of me now, while Tory held me. He brushed my bangs back from my forehead—my hair was finally the length it should have been—almost to my waist. I kept it braided, but I had opted for shorter bangs.

"Breah-mul, I can't bear to see you weep." Lendill had started using the Wyyldan endearments more than four years earlier, while I was still suffering from what Teeg had done to me. I heard Teeg was still in charge of Campiaa—still running things across the non-Alliance worlds. Word had it he was forming his own alliance. The ASD was watching carefully, but as yet couldn't point a finger at anything he did as illegal.

Gavin, Gavril's father, was in Lissa's bedroom with the Queen, as were most of her seventeen mates, including Karzac. I think it was Karzac who put her in a healing sleep; she hadn't stopped screaming until he did.

"I want to go looking for him," I demanded.

"Reah, you're too close to this. Remember the rules?" Lendill was still stroking my forehead and wiping tears from my cheeks. If we knew any civilian personally who was the victim of a crime or involved in a crime, we weren't allowed to work the investigation. At all. Couldn't even look up information on a comp-vid. That didn't keep me from wanting to go right out and find whoever had done this and make them very dead. After they suffered. A lot. Lendill's words reminded me that Tory and Ry couldn't work the investigation either—they were Gavril's brothers.

"Reah, come to me." Aurelius was there, pulling me away from Tory. "My love, we will find him." Aurelius was carrying me out of the room—we were in Queen Lissa's sitting area, just outside her bedroom. I wondered where Kifirin was. Surely, he might do something about this. He hadn't appeared, however. Not yet, anyway.

"Come home with me, love. We will deal with this." Aurelius soothed me as best he could when he folded both of us to his spacious home on the light half of the planet.

Two weeks went by and there was no word. No ransom notes, no terrorists claiming responsibility—nothing. Kifirin had come after three days, locking himself away with Lissa and Gavin. They'd both looked weary and sad after they'd spoken with Kifirin. It made me wonder what he'd said to them. I was afraid to ask. The search was continuing, however, so they didn't think Gavril was dead.

Gavril. He'd been my best friend and confidant through all of this. He'd talked me around eventually over the whole Teeg thing. "Re," he'd said, "I think he did love you. At least a little." I'd looked at Gavril as if he'd lost his senses. "No, I don't think he could fool you that way. You'd have known, don't you think—if he were lying to you?" The earnest look on Gavril's face as he'd peered into mine had me biting my lip.

After thinking about it, I'd nodded. I would have known if Teeg were lying. But then I'd lost out over Teeg's greed; his desire to have Campiaa and every other thing that Arvil San Gerxon had collected over his long life. I had a feeling that Teeg had managed to take over all the Hardlows' holdings as well—he controlled their warlocks there at the end. Just because Teeg had managed to form order out of the chaos surrounding Campiaa didn't mean I had to forgive him, because I hadn't.

I was nineteen and gullible then. Working for the ASD for more than five years had knocked most of that out of me. Lendill had told me once after I'd gotten shot for perhaps the sixth time, that he was thankful for my High Demon ancestry. The scars all went away after a while. Now, I wanted to talk to my best friend about my best friend's disappearance.
Chash, I love you. So
much
, I sent out to him. He had mindspeech, but his parents had muted it. Told him he'd have it back on his eighteenth birthday. I didn't know if he'd ever get to celebrate that birthday. The thought made me shiver.

Reah?
Lendill's mindspeech interrupted my fearful thoughts.
Reah, meet me in
my office, please
. At least he'd added the
please
. I skipped there—I'd been at the pond where Tory and Ry had taught Gavril and me to skip rocks.

"Vice-Director?" Even my voice betrayed my depression. Lendill sat behind his desk. He had three comp-vids scattered across it and another comp-vid communicator strapped to his wrist. He was in constant contact with everybody.

"Reah, we have good information on Zellar." That news had me jerking my head up to stare at Lendill.
Zellar
. Just the sound of that name had every member of the ASD seething. Zellar—the rogue warlock who left drained planet cores in his wake. For years, he only worked on worlds outside the Alliance—the ASD had gotten too close to him on too many occasions. Burned him a few times—Ry had almost gotten him once, but Zellar had used the very last of a planet's power and escaped. Ry always insisted that he'd wounded Zellar, though. I thought he could be right—we hadn't heard anything from the murdering bastard in two years.

"What do you have?" Lendill knew that would divert my attention if nothing else would. So many people had starved or frozen to death when Zellar killed their planets. Drain the core, everything died. Usually in an ice age that couldn't be stopped. Employing that forbidden act was like ripping the heart out of a body—without that vital organ the rest had no chance.

"Here." Lendill pushed a comp-vid toward me. "The only hope I have is Tory or you, and Lissa is terrified of any more of her sons leaving the planet right now. That leaves you, Reah." Lendill was right—Zellar's power, no matter how great it was, couldn't touch me or my High Demon mate. He might get to us using physical means, but that wasn't Zellar's style. Besides, I was hoping he wouldn't discover what I was until it was too late and I had his throat in my hands. I don't think Lendill or Norian would complain if I only brought Zellar's body back.

Lendill rose and came around his desk while I read the information. One of Lendill's ASD operatives had spotted an irregularity on Kareed. Kareed was definitely non-Alliance. In fact, it was hip-deep in what some were calling the Campiaan Alliance. Our Alliance, officially named the Reth Alliance thousands of turns ago, was now commonly referred to simply as
the Alliance
. Everybody knew what you were talking about. Now, Teeg's machinations might cause that to change. A tiny curl of smoke came from my nostrils at the thought of Teeg—betraying, reptanoid kidnapping bastard that he was.

"I can't tell you how sexy I find that," Lendill took the comp-vid from my hand and lifted me onto his desk. He wiggled his way between my legs and gave me a kiss. "I want you to go after Zellar,
cheah-mul
. Bring him back to me, alive or dead,
deah-mul
. I love you,
breah-mul
." He'd said it out of order, but the meaning would never change. He'd called me his heart, his soul, his breath. Those words were the Wyyldan declaration of love. I didn't stop him when he carefully unbuttoned the top button on my blouse. Bending his head and brushing his dark hair against my lips, he kissed my collarbone. Another button opened, another kiss was laid. I hoped he didn't have cameras inside his office. I didn't hold him back this time. The desk was the perfect height for him and I wondered if he'd planned it that way. Tory and I had the linking. Aurelius had the vampire's bite. I don't know what Lendill had, but the moment our bodies were joined, there came a pleasure that suffused my entire being. Tory and I, with the linking, fed off each other's desires until it was frenzied. Aurelius gave me a slow fire that built to a mind-bending climax. This—I couldn't even put words to this. I only wanted Lendill to give me more of it. When he did, he was whispering my name against my lips—
Reah, Reah, REAH
!