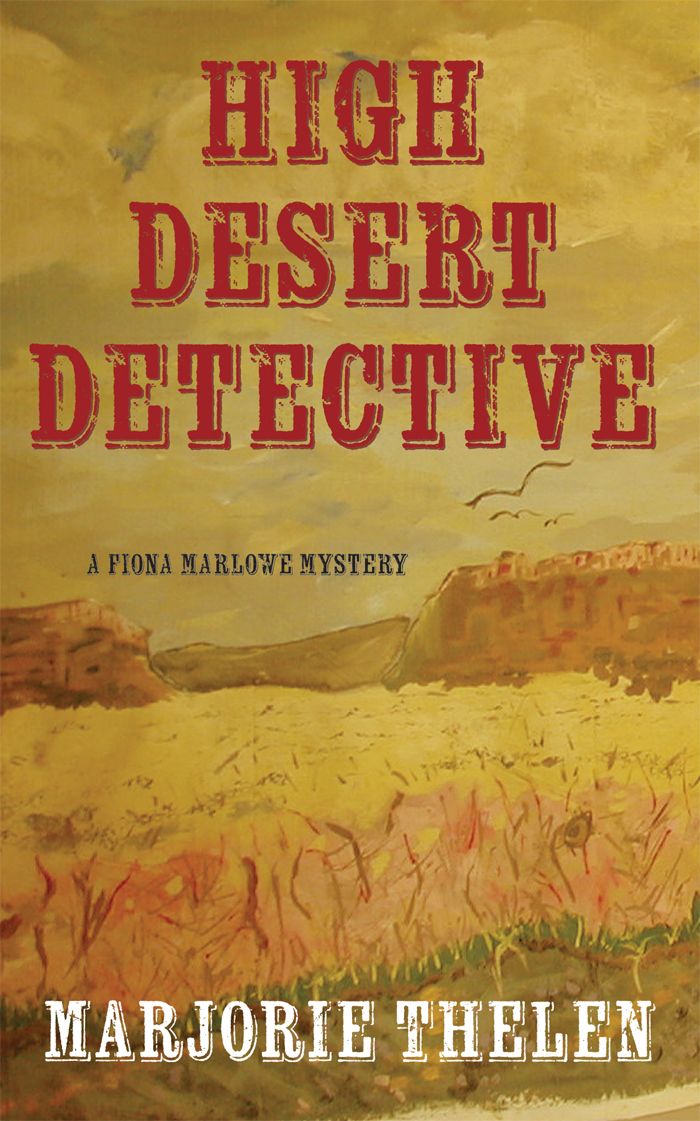 The Forty Column Castle, 1
st
Book
in the Mystery-in-Exotic-Places Series

The Hieroglyphic Staircase, 2
nd
Book in the Mystery-in-Exotic Places Series

Fiona Marlowe, interior designer to the rich
and powerful, finds her wealthy old client, Albert Lodge, dead on the floor of
his library in the posh McLean suburb of Washington, D.C. As the investigation
unfolds, Fiona discovers she has detective talent, and her innate curiosity
spurs her into sticking her nose where it does not belong. Albert’s eighty year
old eccentric sister, Opal, arrives from her ranch in south eastern Oregon to
settle the estate. She has talked her cowboy ranch manager, Jake Manyhorses,
into the role of private investigator as she is convinced one of the numerous
family members murdered Albert for his money. With Opal's encouragement Fiona
joins Jake in the investigation as it spirals into the netherworld of betrayal,
blackmail and smuggling, none of which Jake or Fiona bargained for when they
said yes to
helping
Opal solve the mystery of Albert’s
demise.

Designer Fiona Marlowe and cowboy buckaroo
Jake Manyhorses meet up again in the high desert of southeast Oregon when she
goes west to take possession her bunkhouse on Opal Crawford’s ranch. She
doesn’t bargain for the claim the land makes upon her city slicker heart or her
increasing attraction to Jake. Mysterious bones in a hot spring pique her
detective instincts. Cattle are disappearing from Opal’s ranch, and Jake has to
determine if friend, foe or relatives are involved. In helping Jake, Fiona
finds herself learning the rhythm of ranch life and enjoying it. But only she
can decide if the high desert is a place where she can live and love forever.

This is a work of fiction. Names,
characters, places and incidents are products of the author's imagination, or
were used fictitiously and are not to be construed as real.

All rights reserved. The republication or
utilization of this work in whole or in part in any form by any electronic or
mechanical or other means, not known or hereafter invented, including xerography,
photocopying and recording, or in any information storage or retrieval system,
is forbidden without the written permission of the author. The scanning,
uploading, and distribution of this book via the Internet or via any other
means without permission of the copyright owner is illegal and punishable by
law.

There’s a longer list this time. First, thank you Terry
Keim
for being my novel circle buddy and reading this story
as it was written and offering excruciatingly helpful comments that encouraged
me to continue on. Second, once again thank you Kate and Ron Copeland for being
the bellwethers which helps me to know if I got a good story going. Thank you, Karen
Nitz
of the Western Room at the Harney County
Library, who answers my endless questions and likes my books.
Thank you Cheryl, Claire, Barbara, Debbie and Laurie, librarians of
the Harney County Library, who put my e-book mysteries on the library Kindles and
Nooks without my even asking.
A note of appreciation goes to Scott
Thomas, District Archaeologist for the Burns District, U.S. Bureau of Land
Management, Carla Burnside, archaeologist for the Malheur National Wildlife
refuge, and Suzanne Crowley Thomas, archaeologist, who offered helpful opinions
on the fate of bones in a hot spring. A special nod of appreciation goes to the
Harney Basin Writers, an extraordinary group of writers, who laugh in all the
right parts and who have been a wonderful source of support. I am grateful to
Patricia Watters, fellow writer, for her cheerleader encouragement and for
patiently answering my endless questions about publishing. And my endless
gratitude and love goes to John, my incorrigible husband, who reads my books
and says “but that couldn’t have happened like that”. What would I do without
you?

Fiona had never been to a party quite like this one. Everyone
wore wide brimmed hats and cowboy boots. Even she wore them. She’d bought them at
the local ranch store especially for the party. The other folks wore them every
day. She spotted Jake across the room immersed in circle of men, probably
talking about cows. Talk was getting louder by the minute. And here came Opal, steaming
across the room, her eyes fixed on Fiona.

“There you are,” Opal said.
“Don’t stand all by yourself. Come with me. I’ll introduce you around.”

“I don’t know what to say.
These people aren’t talking about anything I know about.”

“Don’t be silly. You have lots
in common. They aren’t aliens from outer space. Don’t talk religion, sex or
politics, and you’ll be fine.

She tugged Fiona’s arm in the direction of a couple of gals who
looked like they most recently had been astride a horse. Women here didn’t
believe in face cream or SPF. They were tanned and lined and looked comfortable
with it. She felt overdressed in mascara and blush.

“Rosemary.
Esme.
I want you to meet
Fiona Marlowe. She’s the gal I told you was coming to redecorate my house.
She’s going to be living in the bunk house and has plans to spruce it up.”

The two women halted in mid-conversation, but not before Fiona caught
Rosemary saying, “He murdered both his wives. They weren’t accidents.”

“Murder?” she asked, taking up on the conversation they hadn’t finished.
She didn’t like to waste time on niceties when murder was in the air.

Rosemary smiled. “A guy by the name of Hank Little had two wives
disappear on him. I say he killed them. Probably beat them to death, knowing
him.”

“Has he been arrested?” asked Fiona.

“Not yet,” said Rosemary. “They don’t have enough evidence. The Sheriff
hasn’t found the bodies of either wife. Hank said both wives ran off with
someone else. That doesn’t say much for his prowess with his pistol.”

Rosemary snorted and Opal and Esme joined in the laughter. Fiona
had to smile.
So much for taboo topics.
A clanging
bell interrupted her quizzing the ladies any further.

“Time to eat,” shouted Queenie, a large woman wrapped in a
butcher’s apron with red checks and flying frizzy hair from a day spent in the
kitchen. She carried a tray full of ribs. Another skinnier woman followed with
a platter of beef barbecue. Fiona’s stomach leapt in happiness. She hadn’t eaten
since breakfast, and it was now late in the afternoon. She’d taken forever deciding
how to put a cowgirl outfit together and hoped the looks the men were casting
in her direction weren’t because something was wrong with her attire.

Opal’s guests moved toward a table set in the middle of the
immense dining room. The two meat platters were only the start of the feast. A
table full of potato salad and a parade of other picnic salads, corn bread,
corn on the cob, and desserts at the far end made Fiona swoon. More platters of
meat arrived as the guests heaped their plates.

Fiona took a plate and
started down the table. Her appetite never failed her.

“What’s that?” she asked an older gentleman who was loading up
with slices of meat. These men did not remove their hats to eat, and this one,
besides the hat, the plaid shirt, jeans, and boots, wore a fancy scarf wrapped
around his neck which gave him a rakish look. He couldn’t have been much under
eighty years old.

She wrinkled her nose. Goat
had to be an acquired taste and since the ethnic in her was Irish and not Latina,
she passed. She loaded up on everything else. By the time she got to the end of
the table, she could barely lift her plate.

Opal appeared at her side. “I love a girl with an appetite,” she
said. “Tables are outside on the back patio.”

Rosemary and Esme were in line behind Fiona and followed her out
to a table. Opal must have assigned them guard duty. Or maybe they were as
curious about Fiona as she was about them.

“Glad you’re here,” said Esme to Fiona. She had blond and gray
hair pulled back in a low pony tail. She wore a sweat stained black hat that
looked like it had been trampled by a herd of antelope. “You figure you’ll stay
long?”

“It depends how long it takes me to re-design and decorate Opal’s
house. I think that’s what she wants done. She’s been rather vague.”

“I kind of like it as it is. Has the feel and smell of old money
to me,” said Rosemary.

Esme laughed. “You behave yourself now.”

“Tell me more about the guy who murdered his wives,” Fiona said.

Rosemary smiled. “Let’s get
the Sheriff over here. He could give you the gruesome details. There he is.”
She nodded in the direction of a table of men, the loudest at the party.

“I’ll catch him later,”
Fiona said, not wanting to make a scene. She wanted more time to see which
direction the wind was blowing, politically speaking and otherwise

“We’ll introduce you,”
Esme said, undeterred. She turned and shouted to the table of men. “Hey,
Hoover. Come on over when you finish.”

Hoover looked around to see
who had called his name, spotted Esme waving at him and returned the wave.

“You bet,” he shouted back.

His buddy elbowed him, said something, and they all laughed.

“How is it you know Jake?” Rosemary asked. She had flashing dark
eyes, shoulder length dark hair, and wore the flat, wide brimmed hat of the buckaroos
in the south end of the valley. At least, that’s what the lady at the ranch store
told Fiona when she bought the same style hat. Rosemary looked much more
authentic than Fiona felt in hers.

“I met him when he came to Northern Virginia to help Opal settle her
brother Albert’s estate.”

Esme nodded. “I heard about
that. Jake said he met an interior decorator out there. That must be you.”

“Designer.
I redesign and improve upon living spaces. That would be me.”

“I get it, like Martha
Stewart. Can’t say we ever see your type out here. Ranchers put their money into
livestock, machinery, and irrigation equipment, not pretty houses.”

She’d noticed the houses here were not like
those in the posh suburbs of Washington, D.C. where she lived and worked.

Rosemary continued on. “That old bunkhouse’ll be a challenge. Do
you know it’s haunted?”

The bite of lemon meringue pie Fiona just swallowed stuck in her
throat. She coughed and cleared her throat. “You’re kidding, of course. You’re
trying to scare me off.”

“No. There’s quite a bit Opal hadn’t mentioned about the bunk
house. She said it sat on a knoll with a tree and had a nice view. I came out
to take a look.” She didn’t mention that it was payment for being Opal’s alibi
in the arson investigation of her brother Albert’s house after it went up in
flames. She had envisioned a bunk house a little different than what she got. “I
can’t say that a ghost excites me. Does the ghost have a name?”

His Beautiful Wench by Dae, Nathalie
My Secret Unicorn by Linda Chapman
The Water and the Wild by Katie Elise Ormsbee
Kill Plan (Ingrid Skyberg FBI Thrillers -) by Eva Hudson
Boo Who by Rene Gutteridge
Blue Highways by Heat-Moon, William Least
For King and Country by Annie Wilkinson
Secrets and Sins: Raphael: A Secrets and Sins novel (Entangled Ignite) by Simone, Naima
Discovered (The Shalean Moon) by J. Lilley
The Murder Stone by Louise Penny