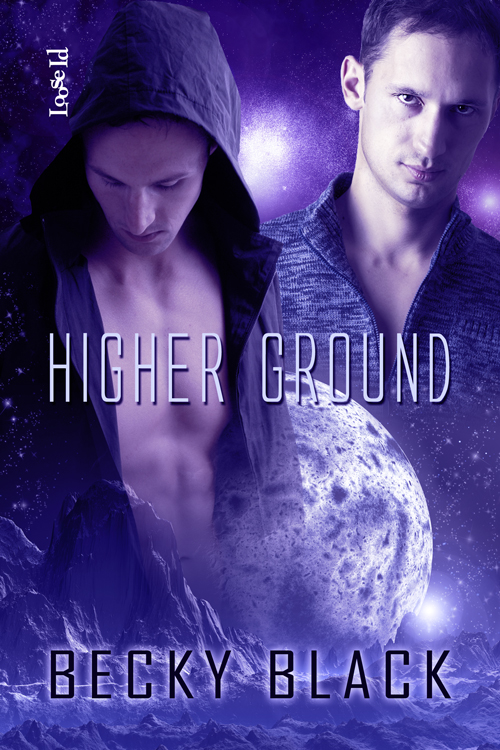 Zach took the long way around on his way back from lunch. It was worth being ten minutes late back to his lab for another chance of glimpsing the gardener at work in the field outside the Biological Sciences building.

He wasn’t in the field when Zach passed this time, but standing on the road by a flatbed vehicle, lifting off large trays. As he lifted three at once, he began to struggle, the one on top starting to slide. Zach almost fell off his bike, dropped it still running to the ground, and jumped to catch the tray.

“Thanks,” the gardener said, smiling, adjusting his grip on the other two trays. They held seedlings in plastic pots, each green shoot with a numbered tag stuck in the dirt beside it.

He feared the gardener would say he could manage and take the tray back, but he didn’t. An amused look came into his eyes, and his smile widened. This close, Zach could see he was in his midtwenties; they were around the same age.

He led the way along a path through the neat rows of plants in the field, and Zach followed, trying to find a comfortable way to carry the square tray, each side of which was a meter long. The gardener carried his two trays more easily, and Zach tried to imitate him, but looking at him proved too distracting, from the reddish blond hair, to the tanned and freckled shoulders and arms shown off by a sleeveless shirt, to the strong legs in denim shorts. No, the man’s tray-carrying technique was not the first thing on Zach’s mind.

“I’m Adam, by the way,” the gardener said, glancing back at him.

“Just Zach is fine.” How had this man heard of him? Was he the talk of the Institute? It seemed unlikely. Most of his time on Ethris had been spent on survey expeditions to other parts of the planet, scanning for mineral deposits. But he had all the survey data collected and would be staying here in Arius for the rest of his contract to analyze it.

Adam stopped by an unplanted section of the field and bent to put down his trays. Zach had to swallow an involuntary moan at the way his shorts stretched taut over his tight butt. Adam looked back at him, and he
knew
, Zach thought. His eyes were amused and his smile welcoming.

Zach looked at him with a slack-jawed expression, which must have made it appear he’d had about a hundred points knocked off his IQ, until he realized Adam was referring to the tray of seedlings. Reviving, he placed it carefully on top of the other two. When he straightened up, he was less than a meter from Adam, close enough to see that the same freckles that dusted his shoulders were scattered lightly over his nose and cheeks too. His hair had light streaks where the sun had bleached it, and his blue-green eyes sparkled with some private amusement. Sun-kissed, Zach thought. He’d never seen anyone who fitted the description better.

He didn’t want to step away. He wanted to step closer, feel the heat of Adam’s fine body pressed against him, feel those large, strong hands on him, dirt under the fingernails and all. Wanted to run his hands, so pale and soft in comparison, through Adam’s thick, unruly hair.

“Thanks for the help,” Adam said, bringing Zach back to reality and making him step back, very much against the instinct urging him to grab Adam and kiss him. He couldn’t—the man would think him quite mad. But he could ask…

“I could murder a cold beer right now, but I guess I’ll have to wait until after work.”

“I’m at the Dome Bar with some friends tonight. Come say hi, and we’ll chat.”

“Great.” Zach didn’t want the friends, but he’d see if he could get Adam alone. Belatedly he decided he should at least attempt not to appear too eager. Play it cool. “Some of my colleagues will be there tonight too. I guess I’ll tag along.”

Which would probably amaze them since the number of such invitations he accepted was effectively zero. But their conversation was so
dull
. The last time he’d tagged along, he’d tried to start a discussion of the exciting new paper about crustal stretching, but they were more interested in talking about who was sleeping with whom.

“See you later, then, Zach Benesh.”

“See you later, Adam…?” He left the question hanging.

“Adam Gray.” Nice name. And hardly appropriate. Nothing gray about this man.

In the spirit of playing it cool, he didn’t let the grin break out on his face until he’d retrieved his bike, its engine still humming quietly, from where it lay and zipped off up the road.

The feeling of someone staring at him made Adam look up to see Zach standing in the doorway from the bar onto the Dome Bar’s terrace. He had a wary expression on his face, looking as if he’d bolt any second. Adam smiled and waved to him to join the group, but Zach didn’t move.

Wasn’t he going to come over? An odd bird, this Zach Benesh. He’d come on bold as brass in the test fields, but now he looked like a startled deer about to flee. Well, if Zach wouldn’t come to him, he’d go to Zach. Taking his drink with him, he squeezed past Jan on his right, pretending to flinch away as if she’d grabbed his ass. She swatted her hand after him, calling him an idiot and laughing.

At least Zach didn’t run away when Adam approached. He smiled, looking relieved.

“Hi, Zach, nice to see you. Come and sit with us.” Adam gestured at the table he’d left, with about a dozen of his colleagues and friends clustered around it and no doubt watching him with prurient interest.

“Oh, we’re very easy.” But he didn’t press the point. Maybe Zach didn’t like crowds. Or maybe he would prefer to be alone with Adam. Couldn’t object to that. “Okay, stop blocking the door up at least. Come on.”

He led Zach off the terrace and into the garden to sit on a bench. Zach relaxed at once. Had to be the crowds he didn’t like.

“Nice out here,” Adam said. “Smell that grass, huh?” The scent of the sweet grass filled the evening air.

“It’s native to Syria back home. Hard to grow even there, but you can’t stop it growing here.”

“It’s beautiful. The whole colony is, the whole island. When I came here, I thought it would be…well, a rock.”

“You wouldn’t have minded rocks, though, would you? You’re a geologist, right?” Zach might be in a different department, but Adam knew about him. Word got around about a man people said was a genius.

Adam almost said he understood the distinction and then stopped and thought about their interaction so far.
Oh!
He smiled.

“So how long have you been here, Zach?”

“I’ve been here just over a year.”

Adam knew why. Mostly it was people born here in the colony who did the jobs that kept the place running, while specialist scientists came from Earth under contract to the Terraforming Authority.

Zach looked utterly mortified, and Adam could barely keep from laughing out loud.

“I’m a doctoral candidate,” he went on. “I’m running experiments on varieties of food crops, finishing up my thesis while working for the Institute.”

“I’m so sorry. I made an assumption.”

“Given the way I was dressed and what I was doing every time you saw me, of course you did. Heck, in my blood, I am a gardener. My parents have a landscape gardening business back on Earth. But I took more of an interest in the scientific side.”

“Ah, and got an assignment with the Terraforming Authority to come to Ethris.”

“That’s right. The thought of making an alien world that used to be barren bloom is exciting enough not to mind seeing home for a few years.”

“So you’ve signed on long-term?”

“Two but with an option to renew.”

Maybe Adam would give him a reason to renew. Zach’s mortified expression when he thought he’d offended Adam had been delightful. It spoke of someone who didn’t want to hurt anyone else. And with his shiny black hair, nice face… Okay, his nose might be a little on the prominent side, but nobody was perfect. He was as tall as Adam but lean and rangy. A little too pale, though; he needed more sun. Adam would like to take him for a few field trips around the island. But his eyes, dark, deep-set, long-lashed, oh, Adam could look into those for hours. He sipped his beer to cool himself off.

“I’m quite relieved, actually,” Zach said. “That you’re not a gardener, I mean. I feel we have more in common and a better chance of personal compatibility. I’m interested in pursuing a romantic relationship with you.”

Adam choked into his beer. He came up spluttering and gasped out, “What?”

“Oh.” Zach closed down. He backed off a small distance, and a shutter seemed to come down over his eyes. “I understand. I’m sorry to trouble you. I’ll go.” He stood, and Adam grabbed for his arm to stop him.

“No, wait, sit down. You just took me by surprise. Most people aren’t quite so formal about declaring their interest.”

“I’m sorry. I’m not much good at small talk.” Zach sat down again.

“I thought you were doing fine. But anyway, I guess I have to answer you, don’t I?” He would find it hard to be as straightforward. Zach doing it had a certain charm, but for him to do the same would feel crude. He
was
good at small talk.

“Could we start with dinner together?” Zach asked.

“Sure. But not tonight.”

He shook his head. “I’m not good at crowds.”

[Montacroix Royal Family Series 01] - Guarded Moments by JoAnn Ross
Girls Just Wanna Have Guns by Toni McGee Causey
Last Bite: A Novel of Culinary Romance by Nancy Verde Barr
Silent Hunt by John Lescroart
How I Found the Perfect Dress by Maryrose Wood
Shame on Him by Tara Sivec
A Dog's Life (The Romney and Marsh Files Book 4) by Oliver Tidy
Gone With a Handsomer Man by Michael Lee West
Stone Seeds by Ely, Jo;
The First American: The Life and Times of Benjamin Franklin by H. W. Brands