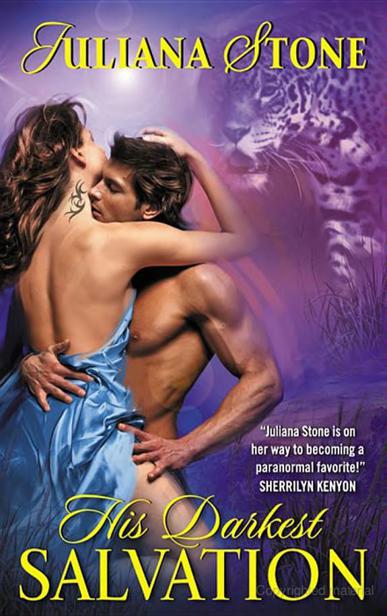 This book is dedicated to my mom, Miss Millie, and my dad, Stevie B. None of us has the power to choose our parents. There is no store to shop in, no catalogue for the top models. I’m cool with that ’cause I lucked out and hit the jackpot. I love you both more than you know.

T
he light had given way to an unprecedented darkness: a flash of heat, a taste of sulfur, then nothing but fire.

The pain was constant. It drifted over his skin like black mist, sliding across flesh and caressing every inch of it, full of an evil that both fed upon and nourished him.

It sustained a need that grew stronger every day he was in this hellhole.

And it
was
hell, of that there was no question.

At the edge of Julian Castille’s vision a shape lingered, drifting, out of focus, ethereal. Watching . . . waiting, until it was time. Then she would carefully slice into his chest, peel back a piece of skin, and resume her position.

To wait once more.

For the day he’d finally break.

J
aden DaCosta knew she was in trouble about ten seconds before the door opened.

It was in the air she dragged deep into her lungs and the electricity that ran along with it, pulsing, burning, as it slid down.

She whipped her head around, eyes scanning with quick, cool precision, and dove behind the sofa just as a click echoed into the darkened penthouse.

Her heart slowed automatically, and she relaxed her limbs, calling the shadows to her as she slid forward on her belly. Fingers felt along her waist to cradle the edge of the charmed dagger there, and her senses sharpened as the animal inside awakened.

The door swung open slowly, sweeping across cool tiles and allowing a thin beam of light to fall into the dim interior. She saw a shadow reflected on the floor as long moments passed. It was impressive, and she gritted her teeth in anticipation.

And then he was there, striding into the room as if he owned the place.

Jaden gripped the dagger tightly. She inhaled the stench of otherworld, yet it was somehow different, already fading fast.

The intruder paused, his tall frame humming with an energy that was unlike any she’d ever come across. There was a familiarity to it that tugged at something deep inside her.

As he kicked the door shut, she watched in silence, wincing at the harsh echo as it slammed back against the frame.

The man held still for a few moments, then his head turned slowly. He paused, his nostrils flared. Her breath caught at the back of her throat. Would he be able to smell her through the charm that masked her scent?

The stranger relaxed a bit and rotated his neck, running his hands through thick hair that hung in waves to his shoulders. Power clung to him, gripping his tall form hungrily, electrifying the air.

It was tinged with a darkness that was hard to read.

After a few moments, he headed toward the kitchen, and the fridge door swung open at his command. Jaden could have saved him the bother. She’d already checked it out, and no one had been inside the penthouse since Julian Castille had pulled a Copperfield and disappeared into thin air. The food was either moldy, dated, or dried up.

The shrill echo of a cell phone pierced the silence, and she bit her tongue as her body jerked. The coppery taste of blood flooded her mouth, and her eyes narrowed as the stranger answered the call.

“Yeah.” His voice was low, husky. He straightened, running a hand along the back of his neck as he rolled his shoulders and listened. Jaden strained to hear, but even with her enhanced senses, she couldn’t pick up anything.

“I just got in.” He sounded weary, and she inched forward slowly to get a better look but froze as he turned once more and headed toward her hiding place, stopping a few feet away.

There was something about the man that called to her, and Jaden was finding it harder to remain calm and undetected.

She studied his profile, her gaze running over the aristocratic nose, high cheekbones, and a mouth that, even from this angle, was to die for.

Inside, the cat erupted, and she broke out in a sweat as her skin began to burn and itch. The tattoos along the side of her neck became inflamed, the nerves pinched and sensitive.

“It’s bearable,” he said as he ran his hand over his chest. He nodded in answer to whatever was being said on the other end before whispering harshly, “Don’t worry, I’m ready. Tomorrow we hunt.”

He threw the cell phone onto the sofa where it landed with a thud. Jaden’s heart was pounding so hard it was a miracle he couldn’t hear it.

Julian Castille back from the
Twilight Zone
? Was it possible? Had the bastard managed to survive whatever the hell he’d disappeared into?

She ignored the rush of heat that rippled over her flesh as she struggled to keep it together. The man who’d haunted her dreams for the last three years stood not more than a few feet away, very much alive, when she’d thought him dead.

As much as Jaden loathed him, deep inside her soul the jaguar was singing, wanting nothing more than to mate. To claim once more the man who’d awakened her spirit and bonded with her jaguar. The man who’d given her one amazing night of pleasure, then rejected her.

Jaden’s cheeks stung with a sharp slap of humiliation as she recalled the look of disgust that had crossed his face when he’d realized what she was.

So many questions crowded her head, but she pushed them away so she could concentrate. Something was off. This wasn’t the Julian Castille she remembered. Nope. Back in the day, he’d been total
GQ,
hot for sure, but polished and boardroom ready. This man? He was edgy, dark—the word
sinister
came to mind.

She watched as he crossed to his bedroom and paused in the entrance, his head cocked to the side for a moment. He then padded over to the large bed just beyond and stripped the shirt from his body before slipping the jeans from his hips.

Jaden’s mouth went dry. She couldn’t take her eyes from him as he stood there, tall, fierce, buck naked with nothing but moonbeams through the window caressing his taut, powerful frame. He’d packed on some serious muscle since she’d last seen him.

She bit her lips once more to stifle the groan that now sat inside her mouth. Her jaguar was chomping at the bit, wanting out, and a wave of dizziness rippled through her skull.

Heat erupted between her legs, which only infuriated her more.
How the hell can he
do this
to me?
After all this time?

She closed her eyes, wanting nothing more than for him to disappear.

“If you want, I can bend over and give you a real treat.”

The words slid out into the space between them, and Jaden’s eyes flew open, her hand going for the knife as adrenaline kicked in.

But it was too late. A flash of white teeth and a shimmering blur of air rushed at her. Jaden barely had time to roll to the side, and she jackknifed her body, landing in a crouch, with the dagger held in front of her.

Only to feel the heat of him at her back.

She reacted instinctively and swung her hips to the side, kicking her right leg out, intending to drop him hard. But it was she who took a tumble as large hands gripped her shoulders and spun her around like a top until she ended up on her back, splayed out like a total loser.

The knife clattered across the tiles, teasing her from several feet away. Jaden clenched her teeth and fought the urge to curse a torrent of foulness. She’d just pulled a total newbie move and had no one but herself to blame.

Julian stood over her, and, slowly, her eyes moved up his long frame, skipping over the impressive display of manhood, up his taut belly until she saw a sight that was immediately sobering.

Jaden swallowed heavily and couldn’t look away from the macabre display of scars that crisscrossed his chest in perfect precision just under his left pectoral. They looked raw and painful.

“Didn’t anyone teach you it’s impolite to stare?”

Jaden’s eyes jerked up to rest upon a face that was every bit as arresting as she remembered, if not more so.

Even in the dim light, she saw the flare that lit up his golden eyes, eerily so, yet the smile that fell over his mouth didn’t reach them. A shiver ran over her body.

Julian Castille was not the person she remembered. At all.

“To find me in my own home?” Julian took a step back, and Jaden carefully got to her feet. She eyed him warily.

“Where have you been?” she asked as she moved closer to where her dagger had fallen.

Julian’s eyes narrowed. “I know you,” he said softly.

Jaden’s eyebrows arched, and harsh laughter fell from her lips as she snorted. “Ya think?” she asked sarcastically.
Christ, is
he brain-damaged?

He regarded her in silence, and a sliver of
something
flickered in the depths of his eyes but quickly disappeared as his lips thinned.