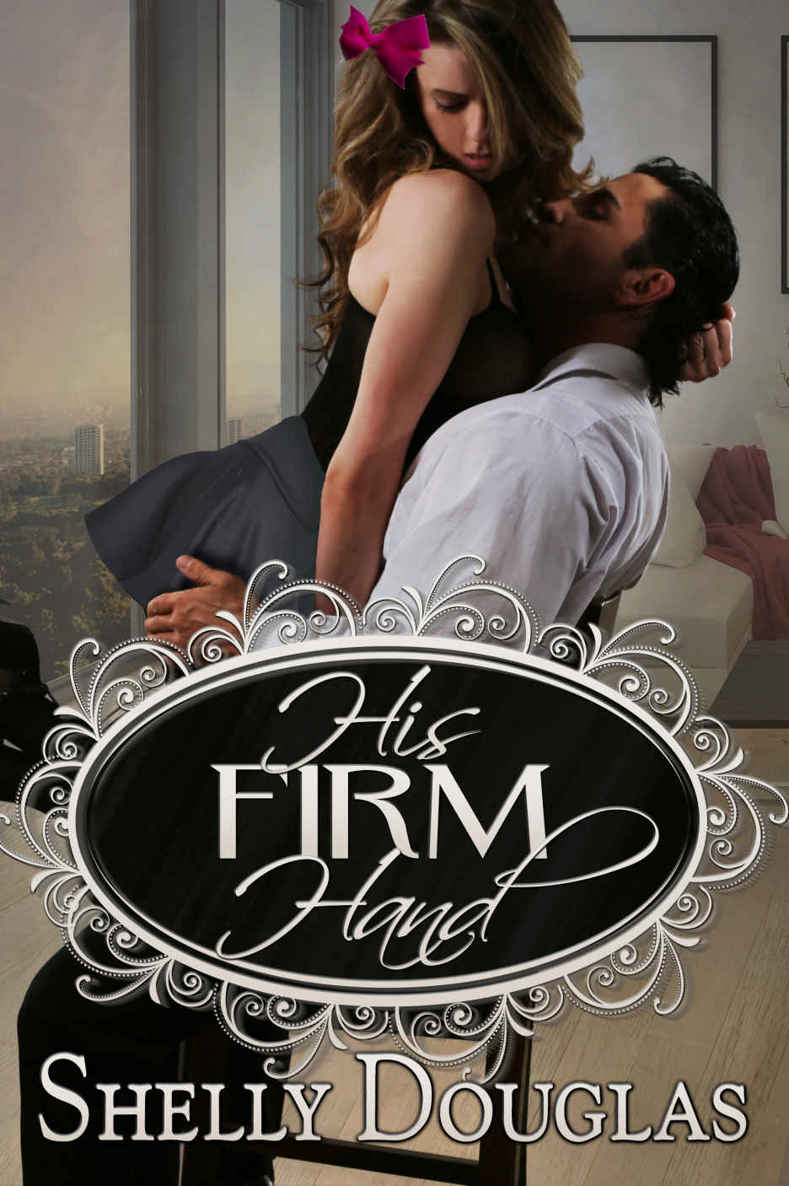 This book is intended for
adults only
. Spanking and other sexual activities represented in this book are fantasies only, intended for adults.

Michele’s eyes lowered to the clock in her royal blue Subaru BRZ as she pulled into their garage at the end of the day. When school ended last year, she vowed never to teach another semester in the local community college again. But her husband Paul hadn’t been pleased with the idea of her giving up teaching, and his argument had been strong. “Doesn’t every fall term arrive with a fresh, new class? What are the odds that your new students would be as difficult as the ones you taught last year?”

Sad but true, this incoming freshman class was more immature than the last one, and all Michele really wanted to do was put her feet up and drink an icy cold Corona with a lime nestled inside the bottle. Unfortunately, her memory of drinking after a faculty meeting the day before was still crystal clear in her mind, and the story didn’t have a happy ending.

Although she and Paul had agreed to a DD relationship before they were married, their rules had somehow fallen by the wayside, so it never occurred to her that driving home after drinking a couple of beers would result in a bare-bottom spanking. Stepping onto the emergency brake, her mind drifted to the dramatic scene with her husband the night before…

“I know you had a teacher’s meeting after school, but was it really necessary to drink two bottles of beer at the bar before coming home? You probably hadn’t had anything to eat since lunch, and you know alcohol goes straight to your head on an empty stomach.” Her husband’s arms were crossed in front of his large chest and his eye seemed to be twitching.

Although a voice in Michele’s head told her to remain silent, her mouth paid no attention. “I had a really long day scheduled, and whoever decided to have a faculty meeting for the English teachers at four o’clock was an absolute sadist. Drinking two Coronas at the bar after the meeting was the smartest decision I’ve made in a long time, and I’m sticking by it. Now, if you don’t mind, I’m really tired and need to get some sleep. Tomorrow is another day and we can continue this discussion at breakfast.” She quickly turned on her heels and made a dash for the steps.

“Stop right there, Michele Anne. This conversation is far from over.”

The use of her first and middle name was not a good sign, so she stopped and nervously ran delicate fingers through her curly auburn hair. As she turned in his direction, her hands bravely found her hips as she waited for him to approach her. It had been quite a while since her defiance stoked a fire in him, and her backside clenched as he got closer. “Exactly what kind of conversation do you have in mind, Paul?”

“I’m thinking maybe it’s time for a change in our marriage.”

Michele’s hands left her hips as a frown instantly appeared on her face. “What kind of change?”

“Well, your mood is identical to one of an obstinate teenager, so I’m thinking you might want to be treated like one,” he said as his eyes glittered.

“We began our marriage with good intentions to sustain a DD relationship, and I take full responsibility for dropping the ball with respect to our original agreement. But I’ve been considering another interesting lifestyle, and I think we should give it a try.”

“I obviously haven’t paid enough attention to you lately, and for that I apologize and intend to make it up to you… in spades,” he said, arching one eyebrow higher than the other.

“Forgive me for interrupting, but what exactly is going through that twisted mind of yours? I’m twenty-five years old. Are you expecting me to turn into a child when I get home from school every day?” she asked incredulously.

“Thank God, for a minute you had me worried.” She chuckled nervously as he cupped her chin in his hand.

“I was thinking more along the lines of a sixteen-year-old,” he deadpanned, drawing her face closer with his palms. “And it seems quite a while since you’ve had a good hard spanking from me.”

“Since when do teenagers get spanked?” she asked as her hands landed once again on her shapely hips. “That doesn’t happen in our society anymore.”

He inclined his head and met her gaze with a dark gleam in his eyes. “Your backside will be spanked when your judge and jury deems it necessary.” He calmly turned her around and smacked her bottom twice. “And in case you’re interested, I’ll be serving in the dual role.”

Twisting her head to narrow steely blue eyes in his direction, she reached her small hand back to rub her smarting bottom.

“Now march that stubborn little fanny up to our room. I think your bare backside draped over my lap with some corner time afterward should wipe out any remaining confusion you might be experiencing.”

Her expression was one of disbelief. “Teenagers do not stand in the corner.”

“They will in this house,” he retorted. “Michele Anne Fazio, has the alcohol also impaired your hearing?” Whirling her around, he smacked each cheek once again with a firm hand before observing her carefully ascend the staircase.

Sitting on the bed, she watched him enter their room. He knelt in front of her and stared into her ocean blue eyes. “You know very well that you aren’t allowed to drive after drinking. Are we still clear on that rule?” he asked with a softness in his voice.

“I think your response could be a bit more respectful.”

He raised her chin with two fingers. “Stand up and slide down your pants,” he instructed in a no-nonsense tone.

“What about our conversation? Is it over already?”

An amused expression appeared on his face as he cocked his head to the side. “Hmm… you want more dialogue?” He paused to think and began to speak slowly. “Let’s see, how many rules have we agreed on that you broke today?”

She stood, looked up at the ceiling, and counted on her fingers. “Two.”

“Try again,” he said with a quiet patience.

“Okay, three if you count that I didn’t text you back right away.”

“Do you remember what will happen if I have to take those pants down myself?”

“Yes, sir,” she replied contritely and stood to peel her gray dress pants down to her knees.

He sat down on the bed and patted his lap. “Get into position for your spanking.”

Michele tried not to make eye contact with him as she lowered herself over his hard, muscular thighs. It had been a long time since he’d spanked her like a child, and the fair skin on her face reddened at the thought of other embarrassing positions she could be put in with an age-play lifestyle. But those inward thoughts halted when his palm made direct contact with her left cheek.

“Aagh!” she yelped in surprise.

“These pink panties are adorable, but they’re coming down.” With one hand he immediately lowered them and landed a loud crack to the right cheek with the other.

“I’m sure it did. Would my kitten like to have more conversation?” Her backside fluttered as his hand spanked each side repeatedly, moving back and forth with each clearly spoken word. “Because I can speak and spank at the same time. While I lack skills in organized sports, we both know I’m quite capable of taking on the verbal challenge,” he stated with a glint in his eyes.

“Good. Then I suggest you submit to the rest of your well-deserved spanking like a big girl.”

“Ow, ow, ow!” she yelled loudly, despite his last request.

“Hush and be still. The windows are open downstairs and the whole neighborhood doesn’t need to hear me discipline you.” She tried to wriggle her way off his lap, but he held on tight. His six-foot, three-inch and 225-pound physique wasn’t allowing her too much movement.

“I’m sorry, Paul. I know the rules, and shouldn’t have broken them,” she finally said in a small voice.

“I was hoping you would come to your senses, but with a couple of Coronas in you, it took a little longer than I expected. It’s been way too long since I punished your beautiful behind.”

He rubbed her reddened bottom and paused for a minute. “Yes, you may.”

As she swung her head in an upward motion, her tear-filled eyes met his gaze. “You don’t really expect me to stand in a corner, do you?”

He removed his hand from her lower back and pointed across their large bedroom. “I certainly do, and you’ll stay there with your red-hot bottom pushed out for the next fifteen minutes.”

She wiggled her way off his lap and sat on the floor, attempting to remove the pants that had pooled at her ankles, softly mumbling profanity under her breath.

She peered up at him through the curls in her hair. “Nothing,” she answered defiantly.

He helped her up from the floor and gave her two more good whacks that landed directly across her full glowing cheeks. “That’s for swearing under your breath, young lady. Now get that beautiful nose in the corner and clasp those delicate hands behind the small of your back.”

As Michele complied, she felt his fingers tap the smooth flesh on her backside.

“Do I need to remind you to push your bottom out?” he whispered in her ear. “Because I’m sure you remember what will happen if I do.” His fingertip trailed up and down the crack in between her two mounds and stopped to press onto her small, smooth hole.

“I remember.” Her response was quick as she hollowed out her back and presented her crimson behind toward him.

“Nose against the wall, young lady…”

Still seated in the car, Michele pulled her soft curly hair back into a ponytail as she revisited the embarrassing events of the night. Though her backside had stung as she sat on Paul’s rough jeans after corner time was over, it had been comforting to be in his lap at the end of a tedious day and somehow he’d known it was exactly what she’d needed. They hadn’t cuddled like that for a long time.

As she dragged her large, heavy black nylon school tote from the passenger’s seat, it occurred to her that if she agreed to this age-play lifestyle, their relationship was going to be very different. But there were questions she couldn’t get out of her mind. Was he asking for age-play activities because he thought an extension of their domestic discipline relationship would bring them closer, or was he simply giving her an opportunity to relieve some of her internal stress? After all, teenagers were notorious for dramatically
acting out
their emotions.

The Dr. Paul Fazio who the community knew was a thirty-five-year-old conservative, well-respected psychiatrist with a successful practice. Only she knew of his sexy, kinky side that existed inside their loving DD lifestyle they had attempted to build together almost three years earlier. Unfortunately, somewhere between buying a house and their busy careers, the rules they’d agreed upon had fizzled out, and their marriage had become dull and repetitive. She knew about age-play relationships from different blogs she’d read, but most of the time they were role play opportunities that only happened on the weekends. Was that what he wanted? Her mind whirled from one thought to another.