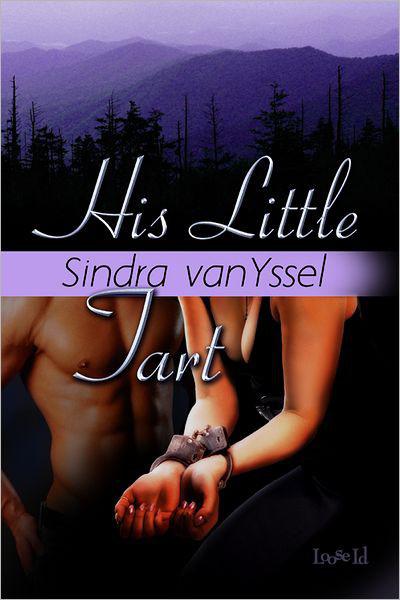 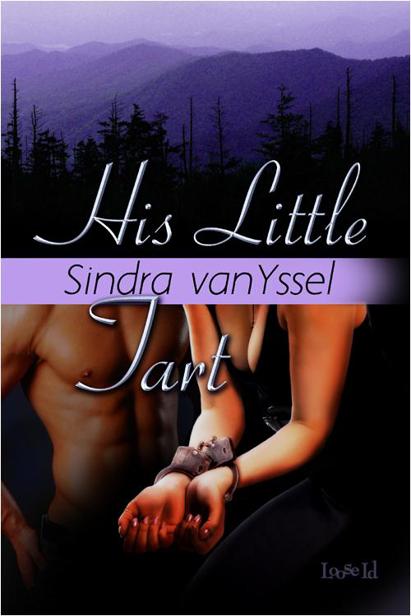 Copyright © July 2012 by Sindra van Yssel All rights reserved. This copy is intended for the original purchaser of this e-book ONLY. No part of this e-book may be reproduced, scanned, or distributed in any printed or electronic form without prior written permission from Loose Id LLC. Please do not participate in or encourage piracy of copyrighted materials in violation of the author's rights. Purchase only authorized editions.

DISCLAIMER: Please do not try any new sexual practice, especially those that might be found in our BDSM/fetish titles without the guidance of an experienced practitioner.

Neither Loose Id LLC nor its authors will be responsible for any loss, harm, injury or death resulting from use of the information contained in any of its titles.

Constance wasn’t sure where she should look, but she had several ideas of places that she shouldn’t. She was definitely not going to look in the direction of the large X-shaped wooden structure on which a petite blonde was tied, naked, while a wiry man, stripped to the waist, teased her with a feather duster. Neither was Constance going to watch as a muscular man in a white shirt and jeans wrapped ropes around his voluptuous brunette friend. And she most certainly was not peeping at a naked man who was bent over a bench being spanked by his leather-clad dominatrix.

No, much safer to pay attention to her cupcakes, even if she found it hard to resist the occasional peek. Alexandra Allison, who had invited her to Bondage Ranch, suggested that she decorate them on-site, and Constance was perfectly willing to show off her craft and take Alex’s check.

An array of pastries was laid out on the table in front of her. There were strawberry-rhubarb tarts, apple turnovers, and croissants for the relatively health conscious, petit fours and French silk pie for those who wanted to indulge, and a pot of simmering chocolate fondue with strawberries and angel food cake for dipping. And cupcakes. It was late afternoon, and people were working up appetites.

Thwack.
She imagined that was the sound of a hand hitting a bottom, but she didn’t look.

She had been warned that almost anything could and would happen in the room referred to as the dungeon, which was actually a large ballroom furnished to meet the needs of the enthusiasts who came to Bondage Ranch. The original plan had been to set up in the Allisons’ dining room, but the table there hadn’t been quite big enough for her

tableau of sinful sweets. That was a shame because apparently the worst that went on in the living part of the house was scanty dress and a bit of horsing around.

Constance had assured her host that she could handle the dungeon. Now she wasn’t so sure.

She finished the last swirl on a cupcake, pushed it to join the two that were left—she was making them faster than they were being eaten, but not much—and sneaked a peek upward. She really wished she hadn’t. She saw a man seated in a chair, his jeans unbuttoned. A man and a woman knelt in front of him, the second man naked and the woman in an arrangement of straps and chains. They were taking turns licking the first man’s cock. She had to tear her gaze away. It was too much. Yet fascinating. How could they do that in a room full of people?

I would have turned Alex down if I could afford to be choosy.
But business was not going well. She worked hard, catering for weddings and other places her sweets were welcome. She knew her treats were delicious. Her prices were reasonable. And yet somehow she was barely making a profit, so she couldn’t afford to turn down any lucrative engagement.

She’d met Alex two months before at a wedding for a couple named Samantha and Arthur, who apparently had met at Bondage Ranch. They’d seemed like such nice, ordinary people. A beautiful bride, a dashing groom. Alex had been one of the bridesmaids. Constance couldn’t say that Alex hadn’t warned her, but she thought it would be easy to focus on decorating cupcakes. She hadn’t expected the activities in the dungeon to be quite so distracting, and her curious fascination was only growing.

On a lark, she tried doodling a couple of handcuffs in green icing on the next cupcake. For the most part, except by request, she stuck to the patterns she’d done a thousand times and could carry off with reliable perfection: flowers, bows, balloons, flutes, and fleur-de-lis. But she was pleased with the cuffs, enough to try another. She noticed that when the next customer came by they grabbed the handcuff cupcake in preference to the others. She looked up and smiled, as much as she’d rather keep her

head down. Every one of these people was a potential customer. A wedding cake order could pay the bills for a week, in theory anyway.

The man in front of her was tall and lean with a chiseled jaw and deep, piercing gray eyes. “First time here?” he asked. He had an accent, although she couldn’t place where it was from. Somewhere in Northern Europe, she guessed, from his blond hair and light skin. There was a trace of a smile on his lips to take the edge off his intense stare.

“Yes.”
First and last.
She watched as he peeled the wrapper off the bottom of the cupcake, then put it to his lips.

He took a bite and closed his eyes as he savored the sweetness. “Perfect,” he said after opening them again to fix her with his gaze. “Is all of what you make this good?”

She would have usually demurred and suggested he try for himself. But something about the man felt like a challenge. So she gave her honest opinion. “Yes.

“None of it. I’m not interested.” She was aware she was too slow with her denial to be fully believable, so she decided to be more emphatic. “I’d much rather not see anything of the sort, but I’m here and getting paid. Please enjoy my confections.”

He didn’t move away, though. He took another bite from his cupcake and smiled.

“Usually, when women lie to me here, they end up over my lap getting a spanking.”

“This isn’t going to be one of those times.”

His amusement seemed to grow. “You’re right. At least not right away.” He walked over to the middle of the table and picked up a tiny iced éclair from the display of petit fours. “It all looks very beautiful. Which suits you, I think.”

“I’m not beautiful.” There were a dozen women at least better looking than she was in the room, and most of them were dressed to please. She was wearing a double-breasted white jacket, a long skirt, and a chef’s hat. The traditional uniform helped set her apart at the events she catered, although she substituted a skirt for the usual pants because she preferred something softer and more feminine. Still, her garb hid the curve of her stomach, which she thought was a very good thing.

“I think a person’s creations very often mirror their own nature.” He popped the éclair in his mouth and chewed contentedly. She watched him with satisfaction and a bit of pride. Few people took such pleasure in eating, and it was part of the nature of her profession that she spent far more time making her pastries than anyone spent enjoying them. But this man seemed to really savor each bite. “Beautiful. And sweet.

She bit back a retort about not having tasted herself. In this setting, she had a bad feeling about how he’d interpret that and what he’d reply. “I don’t think anyone has ever thought so.” Even Ben, her accountant and would-be boyfriend, never called her sweet. She’d heard “sharp-tongued” a few times, and it wasn’t usually a compliment.

But she didn’t have time for a man anyway. Not until she’d established herself. And by then she feared she’d be an old maid, if she didn’t manage to turn a better profit.

Another customer walked up to her table. Her hair was brassy, and she had an exaggerated swing to her hips. Her large breasts were almost spilling out of her vinyl corset. “Valerie,” she offered, as if she’d been part of the conversation all along.

Aidan shifted to the side and sampled a strawberry in the chocolate fondue.

Constance was aware of his gaze still on her.

Valerie leaned forward. She smelled of a recent cigarette. Constance had a sensitive nose, but she tried not to back off. “Do you take requests?” asked Valerie.

“For cupcakes, yes.” She wanted to be careful with her words in a place like this.

Could you make some pink cakes and top ’em with a little red rose? Or…a strawberry!”