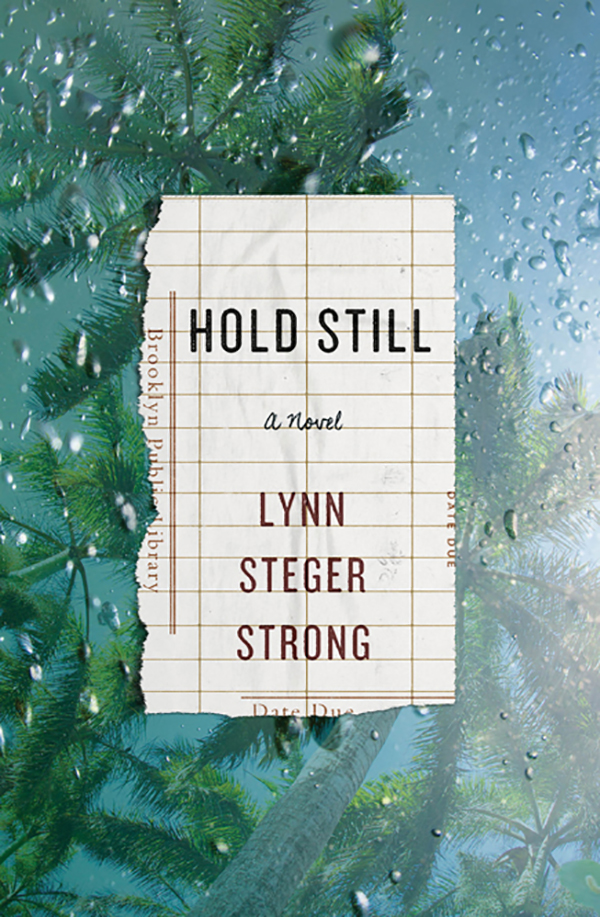 For Peter, Isabel, and Luisa

M
aya wants to go in with her. They've been out all day, their last in Florida. Ellie's eight and wants to swim just one more time before they go. The sun has fallen past the dunes, and the sky is pink and blue and purple. Maya's daughter stands, smiling, sunny, salty, sandy, and promises that she'll be fine, that Maya doesn't have to go in too. Maya's already pulled on her pants and sweater. She's almost always cold, even here, where, even in winter, it's warm right up to hot. She stands up to where the waves come in thin films of foam over her ankles, her sweater held tight around her, her toes curled into the sand and bits of broken shells, and Ellie bounds away in front of her, past the point where the sand drops off, her tiny body quickly swallowed up. Maya watches Ellie let herself fall forward, arms reaching up and shoulders rolling: she dives down beneath the waves and comes up twice, and, all at once, Maya wants her daughter next to her: warm and wrapped up tight. But Ellie's vertical again and treading water. Her head is small and dark and her curly hair is matted
tight around her skull. The water dips as the pressure builds beneath her, and Ellie's shoulders pop up and out, light brown now, with a smattering of freckles. Her bathing suit is yellow with tiny purple dots. Maya calls, “Come in, El,” but Ellie doesn't hear her. The water settles. Another wave forms a hundred feet away. The curve of it grows, and Ellie's still and small and getting smaller. Maya's chest and neck get hard. “El!” she calls, as if she'll hear her. As if somehow her screaming will keep the wave from crashing down. Ellie's head is there and then it isn't. And Maya breathes in once, then out. And then she's running, diving, swimming. She kicks, and gulps of water fall into her throat. She has to keep her eyes open so she can see where Ellie is and they sting sharp, her vision blurring; she grabs hold of her close to the bottom, and the round hollow of her chest and the slick softness of her bathing suit are held tight in Maya's arms; she's still wearing her sweater, which is heavy now with the weight of water, salt, and sand. “El,” she says and thinks she sees her daughter smile. Maya holds tight to Ellie and drags her up to shore. Maya pants and Ellie's breath is even. “Ma, I'm fine,” she says. Maya will not let go of Ellie for the next hundred years.

“M
aya, where the hell are you?” Boots on stairs, and she can hear the cadence of his breathing. She drops her pen and reads the letter one more time before she slips it in the book she's brought with her to bed:

Sometimes I say it out loud to myself or type it, the thing you did. I write it down and stare at it, try to figure out how to fit it, what it looks like in my brain. I try to imagine a world in which I hate you. I try to see if I'm capable of letting you go. This is not a thing that people are supposed to think about their children, but all that stuff about how and why and when to love is all wrong anyway. It doesn't take into account the specific impulses and capabilities of all the thousand million different people who love and are loved. What makes me angrier than what you did is the impossibility of the idea of not loving you because of it. I'm
irrevocably attached to whatever it is you've done or do or are, because loving you makes me a person who could rationalize anything that you've done, as long as I can know for sure that you'll survive.

She curves her neck, chest to chin, as she listens for the last stair to creak beneath her husband's steps. She sets down the book, the cover's edges furred and softened, the back cover ripped. She sits up, her back straight against the headboard, and grabs hold of one of Ellie's tank tops. It's one of the few her daughter didn't take with her to Florida when she left.

When she left because Maya made her go.

Maya fingers the book's spine one final time as Stephen shoulders into their daughter's bedroom. She's stayed herself for his arrival. Still, she starts when she sees him; she slips the book, the letter safe inside, beneath Ellie's duvet and looks up at him.

He wears glasses, thick-rimmed, rounded. He wears his coat still, wool black pants. He's thin, with a face that's pale with creases at the mouth and eyes, gray hairs peppered through what was once the color of wrought iron. He's still handsome, distinguished: a professor of philosophy, widely published, head of the department. He is, even now, the most capable man she's ever known.

Ben comes through the door three steps behind his father. His dark hair is shorn close to his head. She is always conscious of the breadth of him. He's five inches taller than his father, all strength and sinew. She unfurls slightly and turns toward him. He is, perhaps, her favorite thing on earth.

This is the first that he's been with them in over a year. She
wants to beg him not to leave, to stay close and with her; she wants to ask him quietly to stay far enough away from her in order that he not be ruined too.

“How long have you been up here?” asks her husband.

She sleeps in here most nights. She starts in bed with Stephen; then wakes up hereâoften on top of the covers, often with the large wool blanket Stephen gave her years agoânot always knowing when and how she's moved.

Her son won't look at her.

Maya wraps the thin shoulder strap of her daughter's shirt tight around her index finger, till the tip of it is white.

“Get your coat,” says Stephen, speaking to Ben. Their son looks back and forth between the two of them. His eyes are his father's, his nose and mouth some combination of the two. The sleeve of his sweatshirt is pulled down over his thumb and the bottoms of his fingers; Maya keeps her eyes fixed on the edges of his sleeves as he walks out of the room.

“Maya,” Stephen says again once Ben has left them. Her husband can say her name to make it mean a million different things. This one, the tone low and firm, his eyes big and accusing, means she's acting in a way that makes him want to scream. But he will not scream because he has control. He will cut much more deeply and precisely by staying reasonable and firm.

“You have to stop this, Maya.”

“Stop what?” She knows what, but she wants to hear his version of it.

He looks at her in the way he's always looked when he thinks she's asking needless questions.

“This, Maya.” He spreads his arms. “Staying up here all the time. You're scaring Ben.”

She wishes she were the type of person to stand up on this bed and yell at him. She wonders how often anger manifests itself as sadness, how it's so firmly taught to a certain kind of woman that it is better, more productive, to cry instead of scream.

Her voice is firm now. She hopes he's quick enough to catch the anger underneath.

“Just stop doing it to Ben,” he says.

She looks down at her bare feet and folds the tank top. She places it on the bed, and stands; she pulls back the duvet, the book a bump beneath it still; she leaves it there. She walks past her husband into the room they're still meant to share and puts on jeans and socksâthere's a pile of folded laundry sitting in front of her closet. She can't imagine who has thought to wash and fold her clothesâa long-sleeved shirt and an oversized cashmere turtleneck. Everything she owns, all small to begin with, looks oversized these days. She has long dark hair that she unknots now, only to pull it up and tighter, higher on her head.

She walks down the stairs where Stephen waits while checking email on his phone, and Ben stares at her, his coat on but unbuttoned, his sweatshirt still covering his hands.

“Shoes, Maya,” says Stephen. She wants to place her hand, palm spread, thumb and forefinger firmly on his collarbone, and put her face up close to his and tell him not to treat her like a child.

She pulls on boots.

E
llie hasn't seen him coming, though the coffee shopâwhere she works, where she doles out coffee and pastries every morning while every other kid she knows is enrolled in some college she has somehow failed to get intoâhas a large window looking out onto the street. It's almost ten and the early morning rush has emptied. She's had no warning, no time to prepare; she stands stock-still, a black apron tight around her waist, short shorts, two coffee stains on the hip and shoulder strap of her white shirt. She's half listening to a girl from down the street who talks in front of her, something about new neighbors, a book she's read.

Ellie smiles at whatever the girl's saying, but her eyes stay fixed on him. He's taller than he was when they first met, broader, the sleeves of his shirt newly taut across his arms.

The girl, round-faced, soft-spoken, hands Ellie the money for her order, takes her coffee. Ellie doesn't turn to him until she's gone.

Dylan's hair has always been long, but it's short now, clipped down to a nub around his head. The whole time she's known him it's flopped down heavy in his face; he would toy with it incessantly, one large hand palming up over his head. Now, the sharp lines of his face and the largeness of his features shock her; he has big dark eyes, a long straight nose, thin lips. She can't imagine what he does now with his hands.

He wears a gray T-shirt, jeans, and what her brother would describe as “douchebag loafers.” As he stands there, hairless, so much bigger, she has an image of him, fifteen, in Prospect Park: both of them stoned, no clothes and cold, his arms planted straight, chest hovering, thin but broad and firm, angling himself slowly, till his length had swallowed hers. He'd cupped his hand over her mouth and she'd bit the base of his thumb hard until he winced, still silent; he'd let her go. Ellie'd laughed out loud then, Dylan still on top of her, and she'd thought,
Finally, I'm just like all the other girls
.