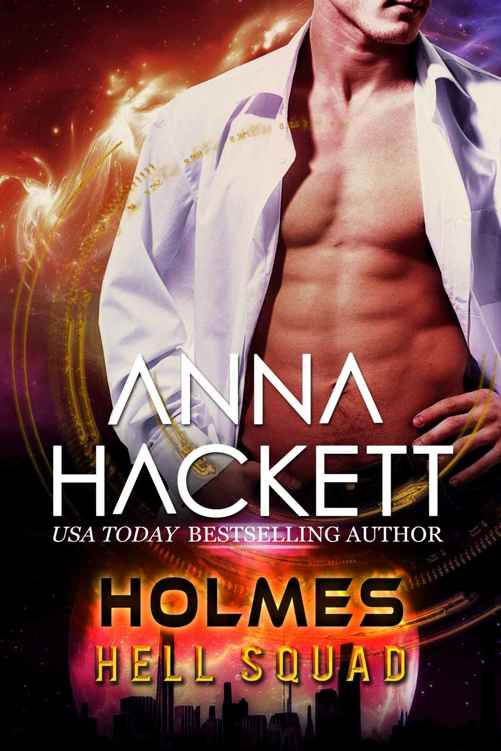 Cover by Mellody Simmons of
eBookindiecovers

This book is a work of fiction. All names, characters, places and incidents are either the product of the author’s imagination or are used fictitiously. Any resem.blance to actual persons, events or places is coincidental. No part of this book may be reproduced, scanned, or distributed in any printed or electronic form.

What readers are saying about Anna’s Science Fiction Romance

The Phoenix Adventures – SFR Galaxy Award Winner for Most Fun New Series and “Why Isn’t This a Movie?” Series

"Like Indiana Jones meets Star Wars. A treasure hunt with a steamy romance." – SFF Dragon, review of
Among Galactic Ruins

"Strap in, enjoy the heat of romance and the daring of this group of space travellers!" – Di, Top 500 Amazon Reviewer, review of
At Star’s End

“High action and adventure surrounding an impossible treasure hunt kept me reading until late in the night.” – Jen, That’s What I’m Talking About, review of
Beyond Galaxy’s Edge 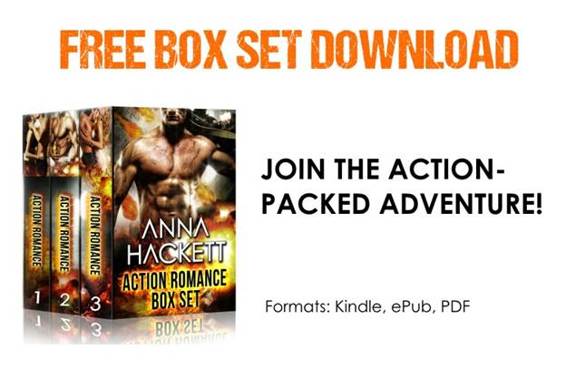 The vehicles, buses and trucks were parked around in a large circle, forming a protective wall. Adam thought it looked like a modern version of the wagon forts of the Old West or the laagers of southern Africa.

Only it wasn’t anything as easy as hostile tribes or lions from which they needed protection.

He scrubbed his face, his eyes gritty from a lack of sleep, and watched his band of survivors waking and starting their day.

Another day on the run.

Their underground base, the one that had been their sanctuary since the alien invasion a year and a half ago, had been raided and blown to pieces. Now, for over a week, they’d been on the run from the dinosaur-like aliens who were intent on taking over the planet.

He remembered the first wave of attacks like it was yesterday. Hell, he still saw it in his dreams. As a general in the United Coalition Army, he’d been in those early planning meetings, as they’d fought to find the best way to defend the Earth’s population and retaliate.

It hadn’t mattered. Their military forces had been decimated by the aliens’ advanced technology, along with the sheer numbers of the raptors, and the various alien creatures they’d brought with them. Soon, Adam had found himself at Blue Mountain Base, a secret underground facility, welcoming the few who had survived… He’d been the highest ranking officer left alive.

He shook off the memories, focusing again on what was left of his survivors—the Swift Wind Convoy. He wished he’d been able to get a coffee, but he hadn’t had time to make his way over to the kitchen truck. He needed to brief the squads on the plan for the day, take a quick walk around camp and reassure any panicked people, and then check in with Doc Emerson and her medical team to see how the injured were faring.

Adam sucked in a deep breath and tugged on his plain white shirt. He really wished he was in his uniform. He wasn’t accustomed to the more informal dress, but at the moment, the only options available were clothes that were clean and hadn’t been torn to shreds or splattered with blood.

“General Holmes, the squads are assembled and ready for you.”

He turned and saw Elle Milton waiting for him. The pretty brunette was one of the squads communications officers—and not just any squad, but Hell Squad. His roughest, toughest, and most efficient group of soldiers.

The woman nodded, then hesitated. “Can I get you anything? Some breakfast?”

He managed a smile. “No, thanks. Let’s go talk to the soldiers.”

He spotted the squad leaders and a few of their team members leaning against various vehicles. Most were wearing their black, carbon fiber armor on the bottom half, while on top they wore well-worn T-shirts that clung to hard, tattooed muscles.

Adam allowed himself a wry smile. If he’d seen this group of men and women in his ranks in the Army, he’d have been horrified. But the alien invasion had changed everything, including his views on some things.

He’d had to scrape together the members of his squads from remnants of the country’s devastated military and police forces, and—his gaze fell on a few of the Squad Three men, also known as the berserkers—former mercenaries and possibly criminals, but these men formed the most courageous, toughest, and fiercest group of fighters he’d ever known.

It was because of these people that the survivors had even made it this far.

“Good morning.” He nodded and exchanged a few looks with the squad leaders as he moved to the head of the group. Elle was now tucked under the arm of Marcus Steele, the rugged, scarred leader of Hell Squad. Adam had been as shocked as the rest of the base when sweet, pretty Elle had somehow tamed Steele. But Adam was damned pleased to see the two of them so happy together.

“What’s the plan for today, General?”

Roth Masters was leader of Squad Nine. The rest of his squad stood beside him, all—apart from the tall, broad Theron—deadly, capable women.

“We’ve managed to escape the aliens and have survived our first night out of the mountains.” He glanced at the silhouette of the tree-covered peaks to the west. They’d barely survived the week-long dash out of the Blue Mountains, and they still had a significant way to go. “Now, we stay alive and get to the Enclave.” He nodded at Elle, who moved over to a portable comp set up on a folding table.

A map suddenly appeared, the image projected into the air above the table.

“We need to move slowly and cautiously.” Adam felt the tension in his already-tight shoulders grow. “The Enclave isn’t far away, but without the forests for cover, we don’t have as many hiding places. Our illusion system will keep us virtually invisible to the aliens and we have a team assigned to hide any tracks we might leave behind. But if anyone slips out from the illusion, it’ll give us away.”

He let that sink in. The Enclave was a secret human haven, originally built for the former Coalition president. After uncovering the president’s duplicitous dealings with the aliens, the Enclave was under new rule, and they were welcoming the Blue Mountain Base survivors.

“The drones are picking up increased alien activity in the area.” Adam gestured to the electronic map, worried about the patches of red that indicated the aliens’ whereabouts. “They were searching the mountains for us, now they’re moving their troops in this direction. And now they don’t have the trees to hamper them.”

They knew that the raptors didn’t like the trees for some reason, but they hadn’t yet deduced exactly why. The forests had helped keep Blue Mountain Base hidden and safe for a long time.

He glanced east, where gentle, rolling, green hills dominated the view. Things were going to be much more difficult now. They were so close…yet so far away.

“So we go slow and steady,” Roth confirmed. “We can do that.”

Adam nodded. “But we need more than that if we want to get everyone there safely.” They’d already lost people in the wild ride out of the mountains. Too many people. He frowned.

The tall man beside her grinned. “I’m not.”

The sun glinted off the gold in Shaw Baird’s tawny locks. Hell Squad’s sniper looked like a man who’d woken up in the most pleasurable way possible. Claudia elbowed him hard enough to have the air rush out of him.

Adam’s gut clenched. A bunch of different emotions ran through him, but two were the strongest. One was pure envy. The connection between the two Hell Squad soldiers pulsed hot enough to scorch. But anyone could see it was more than just desire or lust. These two had something far deeper between them, forged in the depths of battle, in fighting for their lives and the lives of others, knowing they could depend on each other.

The other emotion that washed over Adam was guilt.

Claudia had been taken by the aliens in the base attack. He’d allowed Hell Squad to search for her, but only when the convoy could spare them. He was well aware she’d suffered far longer than necessary because he’d had to make a tough call.

Added to that, only a day ago, she’d willingly handed herself back to the alien hunting her in order to save the convoy.

And Adam had let her.

His hands curled into fists. He’d never felt more helpless or conflicted as he’d watched her walk to her death, Shaw’s shouts echoing in the air.

Luckily, thanks to the squads, they’d fought their way out and rescued Claudia. Hell, the woman had mostly rescued herself.

The decision still weighed heavily on him. His shoulders sagged. How many more decisions like that one would he have to make?

He cleared his throat. “Glad you could both join us. We’re discussing our path to the Enclave.”

Shaw tossed his arm around Claudia’s shoulders. “We aren’t far away, right? I’m really looking forward to having a proper bed.” He waggled his eyebrows.

Claudia elbowed him again, but let his arm stay on her shoulders.

“You have something else up your sleeve.” Marcus’ voice always sounded like the scrape of gravel.

Adam nodded. “I want the squads to plan some diversions. We need to throw the aliens off the scent of the convoy.”

He watched the soldiers around him straighten and share looks. Most of them grinned.

Marcus nodded. “Won’t be a problem.”

Adam watched the berserkers huddle, pure glee on their tough, bearded faces. He already dreaded whatever it was they were going to come up with, but he was certain it would be effective. “Good. We’ll move out after everyone’s eaten and packed up. Submit your plans to me, and we’ll get the squads out distracting the—”

“You mean making a mess,” Shaw interrupted with a smile.

“—aliens while I lead the convoy toward the Enclave,” Adam finished, ignoring the sniper.

As everyone murmured and nodded, a short, sharp scream pierced the air.

On the other side of the convoy, he saw a small ball roll into view.

He frowned. It was much larger than a soccer ball and was a deep, dark brown. He stepped closer, felt the soldiers crowd behind him. There were strange striations on the ball. He narrowed his gaze. It was as though it was made of sinewy muscle.

His gut hardened. Most of the alien tech was organic-based. He opened his mouth to shout for people to get back, when the ball erupted apart.

Dozens of large spider-like creatures burst out of it.

The creatures moved fast. A few leaped onto the people nearest to them. Others skittered away, leaping onto and under vehicles.

The soldiers cursed and with Adam in the lead, they charged toward the screaming civilians. Adam pulled out the laser pistol he kept holstered at his hip.

Taxi Teasing by Stephanie Knight
Not a Day Goes By by E. Lynn Harris
Stitched Up Heart (Combat Hearts Book 1) by Tarina Deaton
Roar For More (Online Shifter Dating Agency Romance) by Winter, Sasha
My Haunted House by Angie Sage
Tarnished by Kate Jarvik Birch
The Tuner of Silences by Mia Couto
Everything Changes by Stahl, Shey
Fourteen Days by Steven Jenkins
Rise of the Mare (Fall of Man Book 2) by Jacqueline Druga