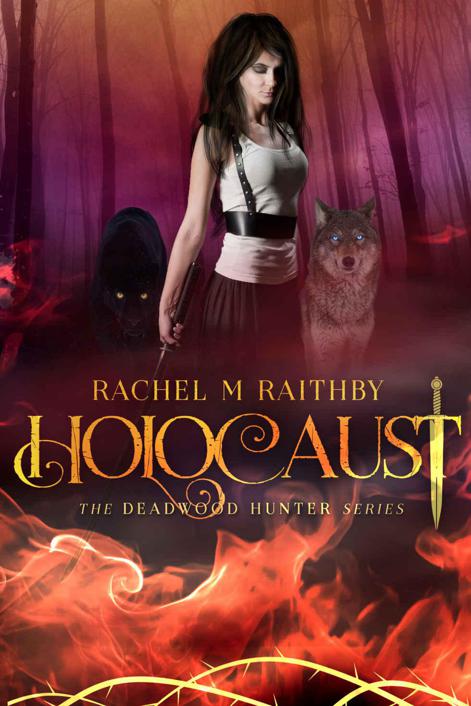 This is a work of fiction. Names, characters, places, and incidents either are the product of the author’s imagination or are used fictitiously, and any resemblance to any persons, living or dead, business establishments, events, or locales is entirely coincidental.

No part of this publication may be reproduced, stored in a retrieval system, or transmitted in any form or by any means electronic, mechanical, photocopying, recording, or otherwise without the prior written permission of the copyright owners. Please do not participate in or encourage piracy of copyrighted materials in violation of the author’s rights, purchase only authorized editions.

This one is for you.

For every reader who took a chance on Lexia, and stuck with her until the end.

Wow what a journey it has been to reach this point. There have been points when I have wavered, when I have questioned what I was I was doing, and yet the highs outshine every stress, and frustration I have felt.

I have met some incredible people along the way, from my amazing street team, to my editor, PA and cover designer. And let’s not forget you the reader! Without you I wouldn’t be here right now, writing this acknowledgement for my fourth book, and the last in Lexia and Lincoln’s story. Though their fight ends here, their story will carry on as I explore some of the other characters in their world.

Many thanks are needed to the talented women who’ve help make Holocaust perfect.

Becky from Hot Tree Editing – you help me see my work in a new light, thank you.

Regina at Mae I design – your work is simply breathtaking.

Finally to my family, I’m so very sorry the house has been a mess this last month, I promise to clean as soon as I hit publish…Mmm maybe

Caden put down the phone and slumped into the nearest chair.
For once, I’d like some good news! Just one little piece, is that too much to ask?
He stared at the ceiling as if some happy news might possibly land in his lap.

Shutting Lincoln’s door quietly behind her, she walked over to her son. “Was that Caleb?” Caden’s mother asked.

“Yes, he has no good news. How’s Linc?” Caden sighed, rubbing his sore itchy eyes. Sleep had been a difficult task for him recently.

“Sleeping. I gave him something to help.” Running her fingers over his head, she told him, “Caden dear, go get some rest.”

“I can’t sleep. Whenever I shut my eyes…I see Linc at the funeral.” He shuddered as the memory whispered over his skin.

“I know you don’t want to hear this.”

“Then don’t say it!” he snapped, glaring at his mother.

“What? No you can’t! It’s not safe.” Caden jumped from his chair in anger. He didn’t need more problems; he already had too many to handle.

“Your father has been gone for a month and he is still alive,” she pointed out. Continuing softly, she added, “I want to go home, to my job, my life, and my mate.”

“It isn’t safe for shifters in South Dakota anymore.” The hunters had to be somewhere in the region. Every shifter in the state had either, fled, gone into hiding, or been killed.

“If what Caleb has been telling you about Lexia is true, then nowhere will be safe, Caden. I know you still think there is a chance to save her, but I do not believe it. The sooner both you and Lincoln realize this, the sooner you can move on.” His mother took a huge breath, staring at him with a look only his mother could give.

Caden took no notice of her; instead, his frustration rose to the surface. “MOVE ON?” he shouted. “How is Linc going to move on? He has lost his mate! Would you
move on
if you lost Dad?”

Sadness filled her eyes. “Well, well…no,” she whispered, looking to the floor.

“No, you’d join him in death. Linc doesn’t have that luxury. His mate is still out there wearing a mask. She’s lost and confused. She needs our help, Mother. Linc needs our help.”

“I’m still going home, Caden,” she said sadly. “If the world is going to end, then I will be by your father’s side when it does. I fly home in the morning.”

“I’ll ring Caleb back and have him meet you at the airport,” he answered, defeated.

Locking eyes with his mother, his tone a warning not to argue. “If you want to leave, then that is what will happen.”

His mother huffed, stomping off to the other room.

Caden slumped back. “Just give me a break, one little fucking break. Some sign that there is still hope,” he muttered, closing his eyes.

Sleep claimed him for a while, though it brought Caden no rest. His dreams revealed to him only death – caused by Lexia’s hands. He witnessed his best friend broken beyond repair. Desperately searching for hope that was not to be found.

Lincoln looked at the food Patricia brought him. She smiled at him warmly with pity in her eyes.

The scent of the sedative she crushed into his food hit his senses. For a split second, a part of him protested, but it was just a split second – a fleeting voice crushed by his despair. He knew Lexia would be ashamed of him. Hell, he was ashamed of himself. Since when did Lincoln Turner just roll over and give up?

The first mouthful of soup slid down his throat. Almost straightaway the numbness took over; with each spoon, his pain slipped away becoming a mere haze in the distance.

She took the bowl and slipped from the room when she thought he was sleeping. His eyes had fallen shut, too heavy to keep open anymore. Raised voices of Caden arguing with his mother floated through the air, and again, for a spilt second that tiny voice spoke out,
Caden doesn’t shout…

Words floated through the door into his foggy mind,
trail of deaths…Chance to save her…Lost his mate…You’d join him in death…Just give me a fucking break!

For an instant, Lincoln’s whole body screamed at him to move.
Do something. Help your friend. He needs you!
But it was too late. The drugs raced through his veins, and although Lincoln hated himself for it, he welcomed them as they tore him away from his fate.

Salvaged to Death by Vanessa Gray Bartal
Blood of the Redd Guard - Part One by Dan Decker
Ida a Novel by Logan Esdale, Gertrude Stein
Death on a Galician Shore by Villar, Domingo
The Runaway Princess by Kate Coombs
Taxi to Paris by Ruth Gogoll
Edward Lee by Room 415
Death on the Sound by Wayne Saunders
Pallas by L. Neil Smith
Dark Omens by Rosemary Rowe