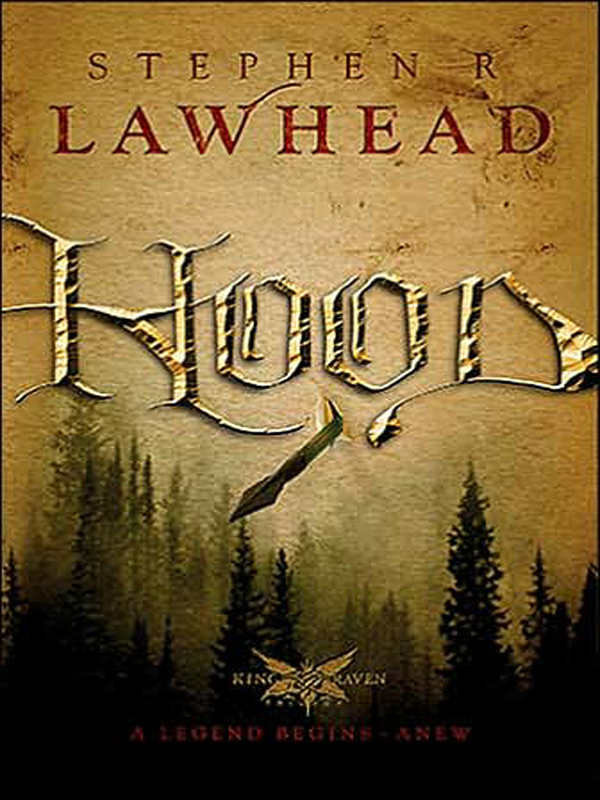 “[
Hood
] will leave readers anxious for the next installment.”

“
Hood
is rich in the historical and sensory details Lawhead’s readers expect.”

“[T]he narrative has the excitement of a fantasy novel, a vivid historical setting, and a lengthy, credible, and satisfying plot —just the right elements, in fact, that have made Lawhead a commercial success time and again.”

“In a style reminiscent of Tolkien, Lawhead presents a world of vivid imagery. This book is a delight.”

—
Bookstore Journal
regarding
The Paradise War

“
Patrick
is unfailingly sympathetic and believable, and his story of losing and finding his faith will resonate with a wide spectrum of readers.”

—Michael Scott Rohan, author of the Winter of the
World trilogy regarding
The Endless Knot 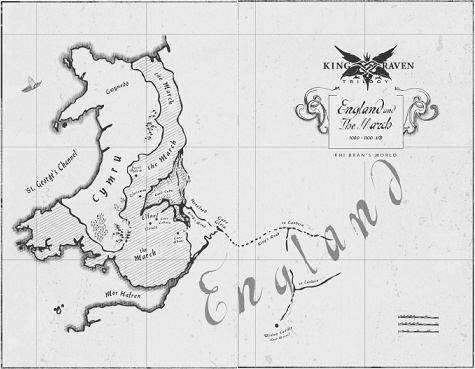 OTHER BOOKS BY STEPHEN R. LAWHEAD

THE SONG OF ALBION:

Empyrion I: The Search for Fierra

In the Hall of the Dragon King

The Warlords of Nin

The Sword and the Flame

This book is dedicated to
the Schloss Mittersill Community
with heartfelt thanks and gratitude
for their understanding,
encouragement, and support.

PART ONE: DAY OF THE WOLF

PART THREE: THE MAY DANCE

The pig was young and wary, a yearling boar timidly testing the wind for strange scents as it ventured out into the honey-coloured light of a fast-fading day. Bran ap Brychan, Prince of Elfael, had spent the entire day stalking the greenwood for a suitable prize, and he meant to have this one.

Eight years old and the king’s sole heir, he knew well enough that he would never be allowed to go out into the forest alone. So rather than seek permission, he had simply taken his bow and four arrows early that morning and stolen from the caer unnoticed. This hunt, like the young boar, was dedicated to his mother, the queen.

She loved the hunt and gloried in the wild beauty and visceral excitement of the chase. Even when she did not ride herself, she would ready a welcome for the hunters with a saddle cup and music, leading the women in song. “Don’t be afraid,” she told Bran when, as a toddling boy, he had been dazzled and a little frightened by the noise and revelry. “We belong to the land. Look, Bran!” She lifted a slender hand toward the hills and the forest rising like a living rampart beyond. “All that you see is the work of our Lord’s hand.We rejoice in his provision.”

Stricken with a wasting fever, Queen Rhian had been sick most of the summer, and in his childish imaginings, Bran had determined that if he could present her with a stag or a boar that he had brought down all by himself, she would laugh and sing as she always did, and she would feel better. She would be well again.

All it would take was a little more patience and . . .

Still as stone, he waited in the deepening shadow. The young boar stepped nearer, its small pointed ears erect and proud. It took another step and stopped to sample the tender shoots of a mallow plant. Bran, an arrow already nocked to the string, pressed the bow forward, feeling the tension in his shoulder and back just the way Iwan said he should. “Do not aim the arrow,” the older youth had instructed him. “Just
think
it to the mark. Send it on your thought, and if your thought is true, so, too, will fly the arrow.”

Pressing the bow to the limit of his strength, he took a steadying breath and released the string, feeling the sharp tingle on his fingertips. The arrow blazed across the distance, striking the young pig low in the chest behind the front legs. Startled, it flicked its tail rigid, and turned to bolt into the wood . . . but two steps later its legs tangled; it stumbled and went down. The stricken creature squealed once and tried to rise, then subsided, dead where it fell.

Bran loosed a wild whoop of triumph. The prize was his!

He ran to the pig and put his hand on the animal’s sleek, slightly speckled haunch, feeling the warmth there. “I am sorry, my friend, and I thank you,” he murmured as Iwan had taught him. “I need your life to live.”

It was only when he tried to shoulder his kill that Bran realised his great mistake. The dead weight of the animal was more than he could lift by himself. With a sinking heart, he stood gazing at his glorious prize as tears came to his eyes. It was all for nothing if he could not carry the trophy home in triumph.

Sinking down on the ground beside the warm carcass, Bran put his head in his hands. He could not carry it, and he would not leave it. What was he going to do?

As he sat contemplating his predicament, the sounds of the forest grew loud in his ears: the chatter of a squirrel in a treetop, the busy click and hum of insects, the rustle of leaves, the hushed flutter of wings above him, and then . . .

Bran started at the voice. He glanced around hopefully.

“Go back!” The voice seemed to come from above. He raised his eyes to see a huge black bird watching him from a branch directly over his head.

“I won’t,” shouted Bran. He reached for a stick on the path, picked it up, drew back, and threw it at the bothersome bird. “Shut up!”

The stick struck the raven’s perch, and the bird flew off with a cry that sounded to Bran like laughter. “Ha, ha, haw! Ha, ha, haw!”

“Stupid bird,” he muttered. Turning again to the young pig beside him, he remembered what he had seen other hunters do with small game. Releasing the string on his bow, he gathered the creature’s short legs and tied the hooves together with the cord. Then, passing the stave through the bound hooves and gripping the stout length of oak in either hand, he tried to lift it. The carcass was still too heavy for him, so he began to drag his prize through the forest, using the bow.

It was slow going, even on the well-worn path, with frequent stops to rub the sweat from his eyes and catch his breath. All the while, the day dwindled around him.