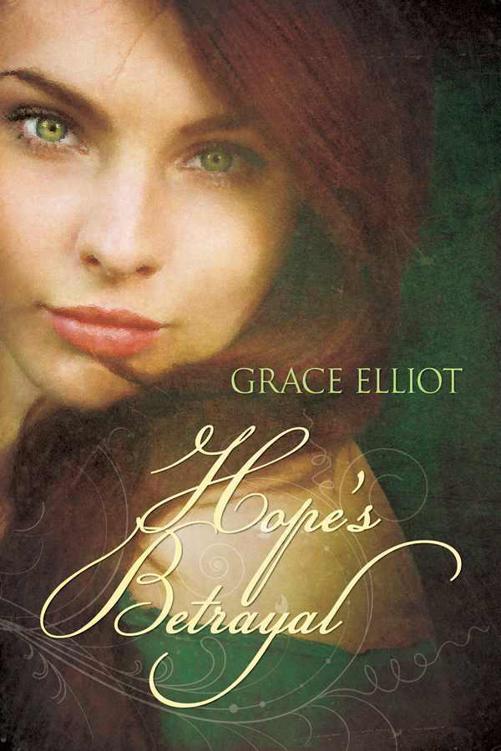 This ebook is licensed for your personal enjoyment only.

This ebook may not be re-sold or given away to other people.

If you would like to share this book with another person, please
purchase an additional copy for each recipient. If you are reading this book
and you did not purchase it, or it was not purchased for your use only, please
return to Amazon and purchase your own copy.

Thank you for respecting the hard work of this author

Captain George
Huntley could think of many ways to spend a bitter winter's night, but lying
belly down on wet sand was not one of them. In the darkness Huntley's eyes
glittered, as he listened for an unguarded curse or telltale splash of an oar;
but all he heard was a gull screaming, tossed about like flotsam on the raw
wind.

"The
devious bastards will land tonight. I know it."

The officer
beside him stirred and shook the feeling back into numb hands.

"Be
patient. First storm-free night for weeks, no moon…the smugglers will
land."

“Perhaps they
prefer a warm fire.”

"You don’t
think they're coming, do you?"

"Just
saying, if I were a smuggler…"

"If you
were, Bennett, you'd take advantage of the weather."

"Perhaps
word got out about the patrol."

Huntley gritted
his teeth. It wasn’t his job to be popular, but to restore integrity to the
preventatives service. If things had gone awry under Bennett's control, then
the lieutenant only had himself to blame.

With a convulsive
movement, Huntley's dark figure rose like a phantasm from the grave. Bennett
didn’t need to see the Captain’s face to know it was set in a habitual frown,
flint-blue eyes sparking, lips thin with displeasure. Eager to placate him,
Bennett also scrambled to his feet.

“My officers are
watching all channels and nothing can enter or leave the harbor without us
knowing.”

"The
faintest flash, the merest hint of a signal and we'll be on them. The harbor’s
locked down tighter than a duck's arse."

"If they
are to ride in and out on the tide, then they're too late…unless?" A
thought struck Huntley. "Damnation!"

"How many
men are watching the western beaches?"

Bennett gave a
tense laugh. "None, sir. The smugglers would have to cross the marshes. No
one in their right mind would do that at night."

Huntley growled,
wondering where Bennett's loyalties really lay. "Gather your men. Send
half by road to the western beach, and the rest to cut off the main road.
Go!"

"Right
away, Captain. You staying here?"

Keeping the sea
to his left, Huntley entered the marsh, listening for the hollow ring of sand
underfoot which indicated safe passage. Greedy mud pulled at his shoes, fetid
farts of gas rose in his tracks. Within minutes he'd sunk up to his knees in
quicksand, the bog pulling him deeper with seductive insistence. Huntley
resisted the urge to struggle and lay back. Time measured by pounding his
heartbeats he pulled out a thigh, then the other and was free at last. He
stood, breathless but triumphant.

Pitting his wits
against nature Huntley lost track of time; sweat trickled down his back, his
lungs burned and yet he'd never felt so alive. Then, at last, the ground began
to firm and marram grass foreshadowed the sandy dunes beyond, on the other side
of which came the shush of the sea. Huntley moved cautiously now, dropping low
least anyone saw his outline against the stars.

Dropping to the
ground the last few feet, he crawled on his belly and as he crested the dune, a
blast of freezing air made him gasp. Perhaps Bennett was right after all, and
the smugglers were warm abed. Huntley grimaced, refusing to believe his
instincts were wrong. Then he saw it; a denser darkness against the waves—a man.
There were five blots against the sea, pushing a boat, likely a skiff, out of
the shallows and out to sea.

Huntley glanced
around. The landers couldn’t be long gone; heading due south across the
narrowest part of the marsh it would take upwards of thirty minutes to reach
the main road. With luck, Bennett's men may yet intercept them.

Feeling cheered,
Huntley studied the scene. The smugglers were preparing to leave; five figures
wading out to the skiff and jumping on board. Then one broke away and ran back
to the beach as if to fetch something. Huntley lay still as the figure headed
straight for him in the dark. The lad stopped, picked up what looked like a
coat and turned to retrace his steps. With the coiled energy of a predator,
Captain Huntley pounced, sand spraying in his wake as with a bellow worthy of
ten men, Huntley leaped after his prey.

The lad took to
his heels just as, simultaneously, a shot whistled past Huntley's right ear.
The lad was nimble, leaping from dune to dune, running at breakneck speed.
Huntley was powerfully built, his physique favored endurance rather than speed,
and a gap opened between them. Either his foe was brave or foolish in his
headlong flight over ground riddled with rabbit holes. Huntley glanced at the
sea; the skiff had set sail and left the boy behind— so much for honor amongst
felons!

But in that
second of distraction the lad had disappeared. Huntley cursed, then above the
sound of the wind, Huntley heard a whimper, a bitten off cry. He grimaced—no
need for haste now for his quarry was down. Suspicious the boy might be armed,
Huntley approached with caution. The boy lay curled among couch grass, grasping
his leg. Huntley sidled closer, hands on hips, and surveyed the lad. Perhaps
tonight wasn’t going to be a write-off after all, with the lad in custody, he'd
soon persuade him to betray his comrades.

"With the
authority invested in me by the Crown, I arrest you."

"I don’t
think so." The voice was so small and quiet that it confused Huntley; he
sounded like a boy. Surely not even smugglers would send one so young to do a
man's work?

After a moment's
hesitation, the boy's slim hand took his. It was then that the unexpected
happened. The lad's feet thudded forcibly against Huntley's shins as the boy
yanked him off balance. The ground rushed up as the Captain fell, face down in
the dunes. As he was peppered with sand, all Huntley saw as he struggled
upright was a shadow flying past.

"Stop, in
the name of the King." Huntley shouted after the empty air.

In a foul mood,
he rubbed the grit from his eyes and stalked in the direction the lad had
taken. But this time he'd gone just a few paces when Huntley felt, rather than
heard, the boy hitting the ground—hard. In no hurry to be made a fool of twice,
Huntley approached cautiously. He circled around the prone figure, who lay
perfectly still.

"Get
up." Huntley growled.

Close enough
now, he jabbed his shoe against the lad's ribs but without response. Huntley
nudged harder, rolling him slightly, but again to no effect. With a grunt of
disbelief, the Captain crouched.

The boy lay
spread-eagled with his head thrown back at an awkward angle, evidently
unconscious. With disdain, Huntley pulled off a glove to trace his jaw,
searching for a pulse. It was there, faint but regular, but the smoothness of
the lad's skin struck Huntley as odd.

“Hell's teeth,
not even started shaving.” There was also a slippery wetness to the touch.
Huntley sniffed his fingers and detected the metallic smell of blood. His lips
compressed in a thin line. “Give me strength!”

The lad was
cold, bleeding, and in need of urgent medical attention. If Huntley wanted the
boy in custody he'd have to carry him. The captain weighed up the options;  the
Customs house was two hours away but to the southwest, and closer by far, was
The Grange. It struck Huntley as ironic, that he a naval officer would take a
smuggler to his home, but if it served a purpose, then so be it.

Gathering the
unconscious form in his arms, with looping strides Huntley headed for his
family's country estate.  It was a brisk twenty-minute walk along the beach to
the cliff face, and the steps carved into the rock which lead through the woods
to his home. Huntley arrived and found The Grange in darkness; this early in
the morning most of the servants were still abed. Not wishing to disturb his
mother by waking the household, he made for the kitchen entrance. By his
reckoning, at this hour the scullery maid would be up setting the fire. Huntley
kicked the scullery door open and the maid shrieked.

"Tis only
me, Captain Huntley."

Negotiating the
doorway, he heaved his burden onto the scrubbed, pine table. He wondered if the
maid was slow-witted as she stood there openmouthed.

"Don’t just
stand there. Bank up the fire."

The boy lay in a
heap on the table, clothing sodden and his skin deathly cold.

"Yes,
sir." The maid whimpered, unsure what to do first.

Huntley sighed.
"Tend the fire then fetch the blankets."

Bringing the
lamp closer, Huntley surveyed the smuggler—his slight build accentuated by
too-large breeches, cinched in at the waist with a rope. Working methodically
Huntley assessed his injuries. There was a nasty gash on his forehead, and
moving the lantern along the length of the prone body, Huntley winced; one leg
at an unnatural angle, the ankle broken.

The maid peered
around his shoulder.

"Must have
left his boots on the boat."

With grudging
respect Huntley reappraised his foe; bold, swift and cunning, he was also
stoic—for his bare feet had been lacerated by the shingle.

"Blankets,
if you please."

"Aye, sir.
I'll have to fetch 'em from the laundry press, it'll take a few minutes."

Alone with his
prisoner the Captain set to work, his face all harsh angles in the lamplight.
First to stem the bleeding. Working with deft hands, he pulled the bloodstained
scarf from the felon's head. Surprise registered, as he noted the delicate ears
and elegant neck. The boy’s hair gleamed like polished-coal in the lamplight;
tied back in a pony tail, black-as-the-devil’s  heart.

Huntley reached
for a rag to wipe blood from the boy's eyes and cheek. Soft skin emerged from
beneath the clotted mess. The boy was young…a round face with pointed chin, a
tipped nose …and lips, softly parted and provocatively plump….just ripe for
kissing. A flush of heat warmed Huntley's cheeks. What was he thinking?